What to do in Hong Kong on hot summer days 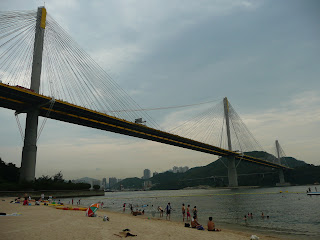 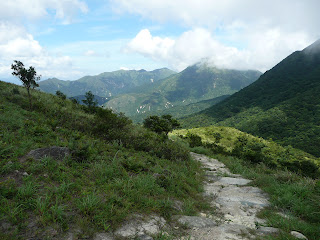 "What are you going to do this weekend?" is a question that my mother frequently asks me since I moved to Hong Kong. My usual response involves a combination of cultural activities (e.g., viewing a new film or an old movie, going to a classical music concert, dance show or theatrical play) -- normally on Friday or Saturday evening -- and outdoor activities (most likely hiking). But it's also the case that what I do over a weekend is very much dependent on the season and weather.

By season, I mean the cultural one as well as the natural seasons: with the former's high activity period being during the early part of the chronological year (with the Hong Kong Arts Festival taking place in the early months of the year and Hong Kong International Film Festival starting as the other arts fest is coming to a close) and quietest time being in the summer months (when many arts groups go on hiatus and vacation); and the latter speaking to sub-tropical Hong Kong's year being divided into our four seasons like in the more temperate climes.

As for weather: suffice to say that Hong Kong can get very hot as well as surprisingly cold considering its latitudinal location -- and also has its markedly dry along with super wet and humid months together with typhoon seasons.

This time of the year, it often gets so hot that a number of people try to minimize their time spent outdoors. And when they do something outdoors, it often involves going to the beach (to just hang out there and sunbathe or actually take the plunge and swim in the waters).

Since I'm not by nature a beach goer, I didn't go to many beaches my first couple of years in the Big Lychee. But after discovering the existence in Hong Kong of beautiful beaches like those at Cheung Sha and Sai Kung's Tai Long Wan, I've become more inclined to check out -- and spend time at -- various beaches in the territory.

For all this, however (and unlike many people I know), my preferred outdoor activity even during hot summer days still is to go hiking. At the same time though, the heat and humidity plays a part in making me more inclined to opt for easier hikes and/or hikes either at higher (and cooler) elevations in Hong Kong (like the Ngong Ping Plateau and the Victoria Peak area) or along more tree-shaded trails during this time of the year.

Put another way: While many people's instincts are to seek comfort in some air-conditioned indoor area (be it a cinema, shopping mall, museum or some place else) during hot summer days, my feeling is that time spent outdoors at this time of the year doesn't have to be unpleasant. Instead, it's the rain -- rather than heat or even humidity -- that's far more likely to drive and keep me indoors; hence my ideal being for it to rain on weekdays (when I have to work and thus am stuck inside an office) and then to be dry on weekends! ;b

What a helpful guide! And your timing is excellent, given that I'll be there in the heat and humidity in just a few days.

I really hadn't considered going to a beach before you suggested it. I am also not much of a beach person. But I am definitely considering it now, if I can fit such an excursion into my schedule. In any case, I'll keep my fingers crossed for the rain to stay away!

Gee this weekend I went to work and went over to visit with my sister in law.

Have to say that I had you -- and our recent exchange on your blog re beaches -- in mind when I wrote this entry. So am glad that you think it a helpful guide. :)

I don't mind the heat. Like you it is humidity that bothers me and wind! So often we are told you can't hike in Australia in the Summer, but we still do. Just as long as it isn't over 35 and we make sure to carry over a liter of water for each hour on the trail & cover up from the sun!
Hope you enjoyed your weekend! We tried to camp but it is very wet and windy so we ended up coming home.

The problem with the humidity is that it increases the heat as well as makes the air so thick it can be hard to breathe. Also, it's rare to have high heat without much humidity in Hong Kong, alas! :S

I just hate summers, hotness, humidity, sweating, and many more thing that help me in loosing my temper :P
Thanks for wonderful advice, I use to spend my weekends with my friends at beaches and beers and barbeque. Just loved it

If you hate summers, best to avoid coming over to Hong Kong in the summer. It does get very hot and humid here then! On the other hand, if you follow my advice, you may actually enjoy your time here, even if you do visit in the summer... ;)