Wu Tip Shan on a hot and muggy day (Photo-essay)


As I mentioned last week, after my regular hiking companion and I completed the Fung Hang Family Walk one hot and muggy afternoon, we decided that we were game for more hiking that same day. So after green mini bus 56K dislodged us at its Fanling MTR station terminus, we made our way to Wu Tip Shan (whose name translates into English as Butterfly Hill), next to Fung Ying Sin Koon.

If truth be told, we found the hike up Wu Tip Shan to be harder going than expected -- not least because the hill doesn't look so high from the station and Taoist temple complex. In retrospect, however, I think the high heat and humidity that day had more of an effect on us than we thought it would. Also, we had done a bit of hiking earlier in the day... or so we told ourselves to make ourselves feel better and feel some sense of achievement upon finally making it up that hill (and then far quicker down)! ;b 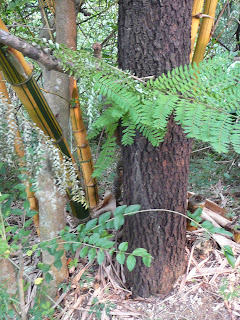 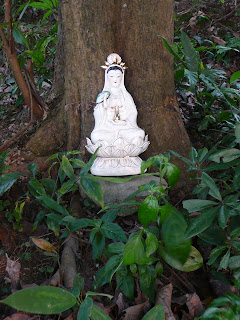 Also seen on the way up Wu Tip Shan:
a solitary ceramic figurine of
a female deity (the Goddess of Mercy?) 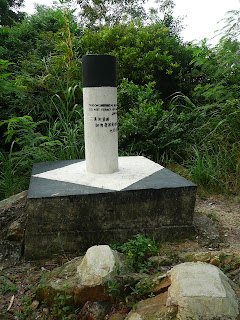 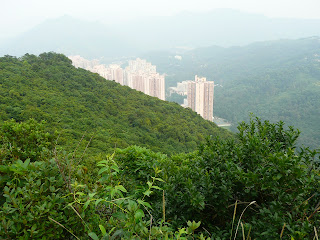 Muggy day view from the top of Wu Tip Shan 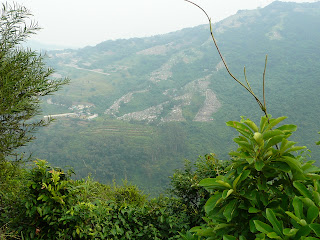 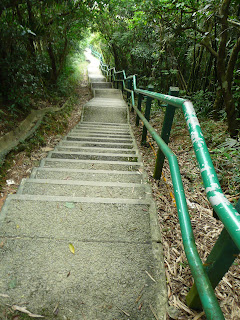 These steps (and others like it) were
far easier to go down than up! 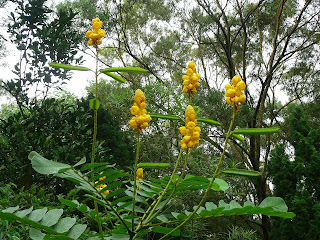 Be these Winged Cassia or not, these yellow flowers
sure are bright and eye-catching looking! 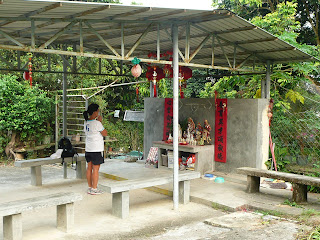 An open air shrine on Wu Tip Shan that appears
well looked after, visited and used

This makes me homesick for a place that was never really my home.

How long did you live in Hong Kong? I have been here less than the amount of time that allows me to qualify as a permanent resident but yeah, I really do like it very much and am definitely contemplating applying for the PR-ship should I eventually stay here for seven years running.

YTSL--My husband was a frequent visiting professor at HKU, from 1985 though the handover and beyond, many summers and one memorable Christmas season. We were back briefly in 2008, and next time I travel to China--perhaps next year--,hope to enter or leave via HK. We both have always felt very at-home in HK, even more than Honolulu, really.

Woah, that's quite a number of summers there! Do you like Hong Kong in summer? Have to admit that I prefer the cooler seasons -- though it's also true that I do like the blue skies and clear air we tend to get in the summer more than at those times of the year when the wind is blowing from the north and mainland China!

Once I got usexd to the idea of being wet all the time, I came to enjoy it. It's never quite that humid in Hawaii. The Christmas season we spent there was lovely though.

I've visited Hawaii a few times -- and yeah, never found it as humid as well as hot as Hong Kong can be. OTOH, Hawaii also never gets as cold in winter as Hong Kong, right? (Strange since they're located around the same latitude, if memory serves me right!)

That's right... it's never brisk in Hawaii...unless you got to the top of Haleakala, Mauna Kea or Mauna Loa.

Have never been up to those mountains/volcanoes. The highest up I've been in Hawaii is Kilauea -- but can't remember it being brisk or cool there. The sight of all that lava just got me thinking "super hot"! :b