It used to be that I wouldn't think to venture into Hong Kong's countryside without at least one other companion -- and, actually, frequently two.  In recent years, however, I've gone alone on a number of hikes in Hong Kong's country parks.  Initially, it was because of my regular hiking companions being indisposed (due to reasons that included knee problems, having to work one days when I wanted to hike, and one of them having become a father).  But I've come to realize that hiking alone can bring its own joys.

More specifically, when hiking alone, I feel more able to slow down and better take in my surroundings.  I also don't feel like I'm imposing on anybody (human) when I decide to stop and try to take a really good picture of a bug that isn't as willing as I'd like to stop and pose for my camera!

At the same time though, I do carefully select which trails I feel comfortable hiking alone (versus with the added safety and security from having a friend around); with the criteria being that they're not all that physically demanding but, also, that they won't be bereft of people for hours on end.  Consequently, the vast majority of the hikes that I go along on my own are on Hong Kong Island; with Tai Tam Country Park proving to be one of my favorite places to venture on a solo hiking excursion... 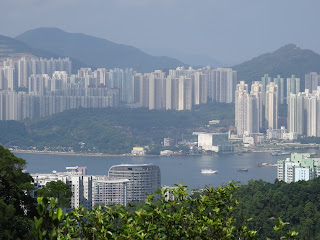 It was a good day to get away from the concrete jungle for a few hours :) 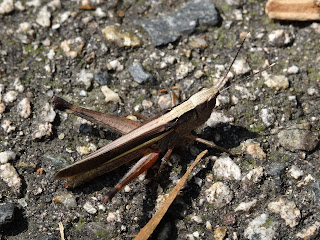 A grasshopper that would have been far better camouflaged
if it had settled among a bunch of twigs and branches ;b 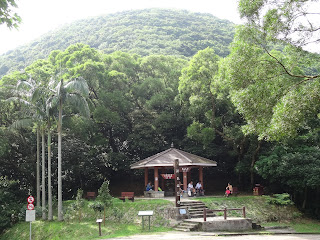 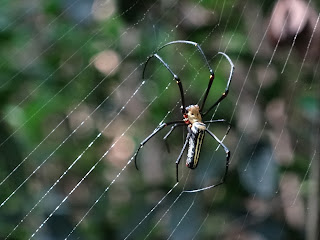 It's not just me who thinks that the patterns at the back of
the spider's head resembles a face, right? 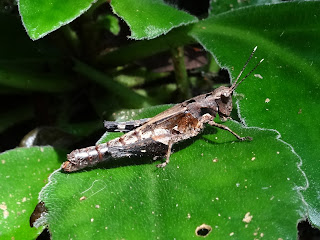 A clear shot of another species of grasshopper that
I am really happy that I managed to get on this hike! :) 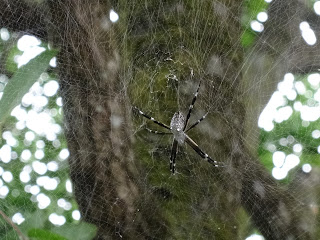 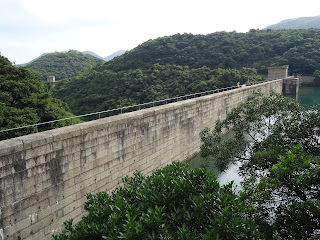 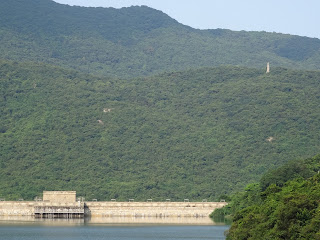 It often amuses me that few visitors to Hong Kong realize
that there are parts of Hong Kong Island that are so green :)
Posted by YTSL at 10:51 PM

Have to wonder how many steps you take a day.

Tai Tam is obviously a special place for you and it shows here in your photos of the greenery and the insects...

Your Golden Orb Weaver definitely looks as if it has a "face" on the back of its head - but this spider looks a little scary. The spider in the photo below this has an aged character that makes this a memorable portrait...The photo below this of the unidentified spider is a stunner. It may be terrestrial, but with its distinctive black and white body, it looks as if it is lodged in a galactic web.

Thanks for posting these photos: to me these insects in your archive, are Hong Kong's truest localists.

Correction to third line of my text: should read, "The grasshopper in the photo below this has an aged character". I had mistakenly typed "The spider".

Thanks for your appreciative comments, as ever! One of the reasons why I love Tai Tam Country Park is that it appears to be home to so many interesting critters. Actually, on one of my first visits to the park, I spotted a cobra -- the only time thus far that I've seen one in Hong Kong. Part of me rues that I didn't get a photo of it but another part of me would be quite happy to never have the chance to do so again since that is one snake that is really scary to come across in the wild!