Instead, the 481-meter-high Shek Uk Shan it is that has the honor of being the Sai Kung Peninsula's highest hill.  And Shek Uk Shan it was that two friends and I went up one sunny winter's day -- with the ascent from the Cheung Sheung plateau being fairly easy but the descent down to Hoi Ha Road via 235-meter-high Lo Fu Kei Shek being less so... ;S 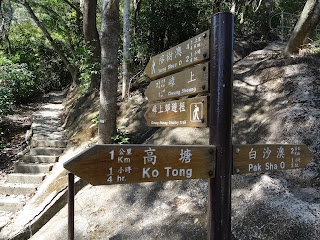 Presented with a diversity of choice's at the trail head,
we opted to head uphill to the Cheung Sheung Plateau 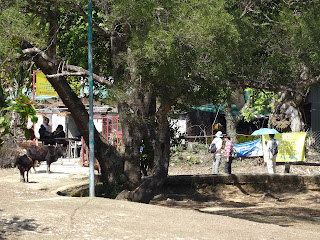 At Cheung Sheung Plateau, we had the option of camping,
getting some refreshments at the store operated by a local resident,
and/or hanging out with some friendly feral cattle 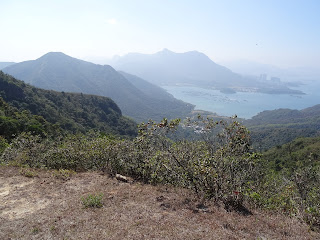 We, however, opted to press ahead and get scenic views
like this one of mountains, and blue waters and skies 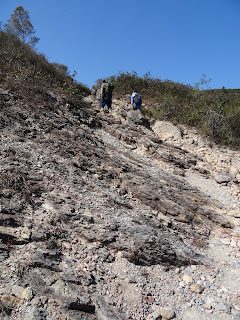 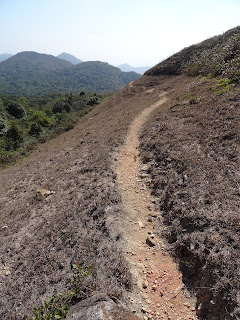 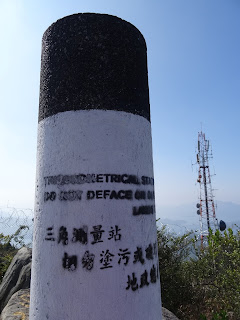 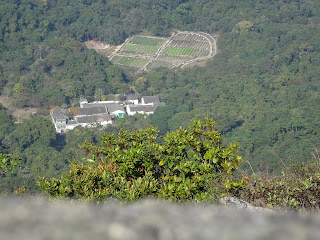 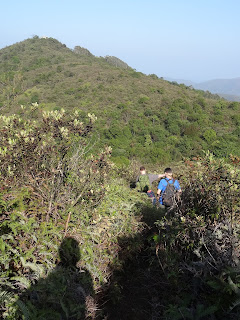 You'd think it'd be easier to go down the hill than up --
but you'd have reckoned without the thick underbrush! :S
Posted by YTSL at 11:59 PM