A hike through sections of Hong Kong associated with monkeys, smugglers and an eagle (Photo-essay)

The 369-meter-high hill in central Hong Kong that gives its name to Kam Shan Country Park is nicknamed Monkey Hill, with good reason.  Put another way: you are far more likely to encounter monkeys in its vicinity than gold (kam is the Cantonese name for that precious metal) -- and because of that, I try to steer clear of the area.

One Sunday afternoon, however, I ventured into that area with three friends on a hike that began at Shing Mun Country Park over to the north and ended on the edge of Lion Rock Country Park to the south.  Our route went through places with interesting sounding names like Smugglers' Pass, Smugglers' Ridge and Eagle's Nest.  And even though our excursion wasn't half as exciting as those names make it sound, it still was a fun trail to go along -- with some uphill and downhill as well as level bits, along a trail that offered up views of urban Hong Kong as well as the green countryside, and was predominantly unpaved... :) 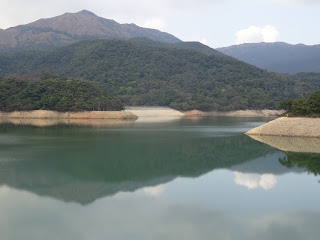 On a clear day, Tai Mo Shan dominates the surrounding landscape,
and is prettily reflected in the waters of Shing Mun Reservoir 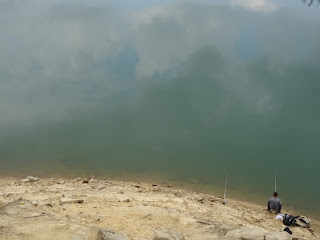 On days like this, the still water can resemble the sky :) 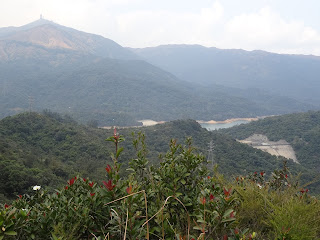 Another view of Tai Mo Shan and Shing Mun Reservoir,
this time a few kilometers into our hike :) 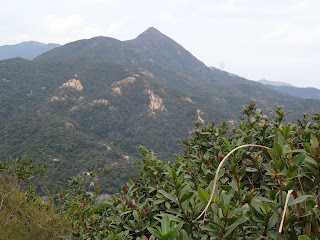 Needle Hill, one of those Hong Kong hills I initially
didn't think that I'd ever go up -- but now have done so ;b 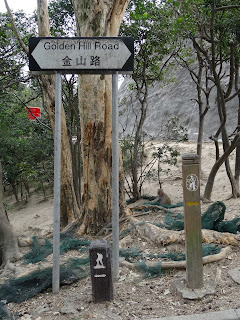 As the markers show, the Maclehose Trail
and Wilson Trail overlap for a bit on
Kam Shan Country Park's Golden Hill Road 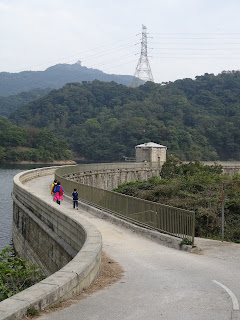 The hike also passed by Kowloon Reservoir, the
New Territories' oldest reservoir, and still in use today 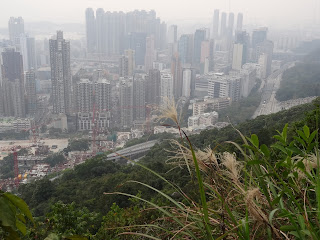 From the Eagle's Nest, we got a hazy view of
high density Kowloon down below 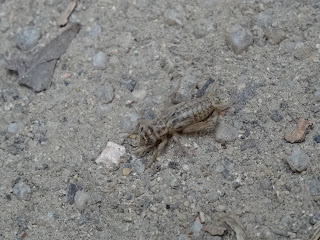 Meanwhile, up in the hills, bugs like this
exotic-looking critter were at home ;b
Posted by YTSL at 9:17 PM

Looks like a fantastic hike. All the shots are beautiful but my favorite is the first one with the perfect reflection.

It was a medium hike in terms of satisfaction, actually! One of the problems is that there were too many monkeys about in the area for my liking. Honestly, if that weren't the case, I'd definitely visit Shing Mun Reservoir more -- because it IS pretty!