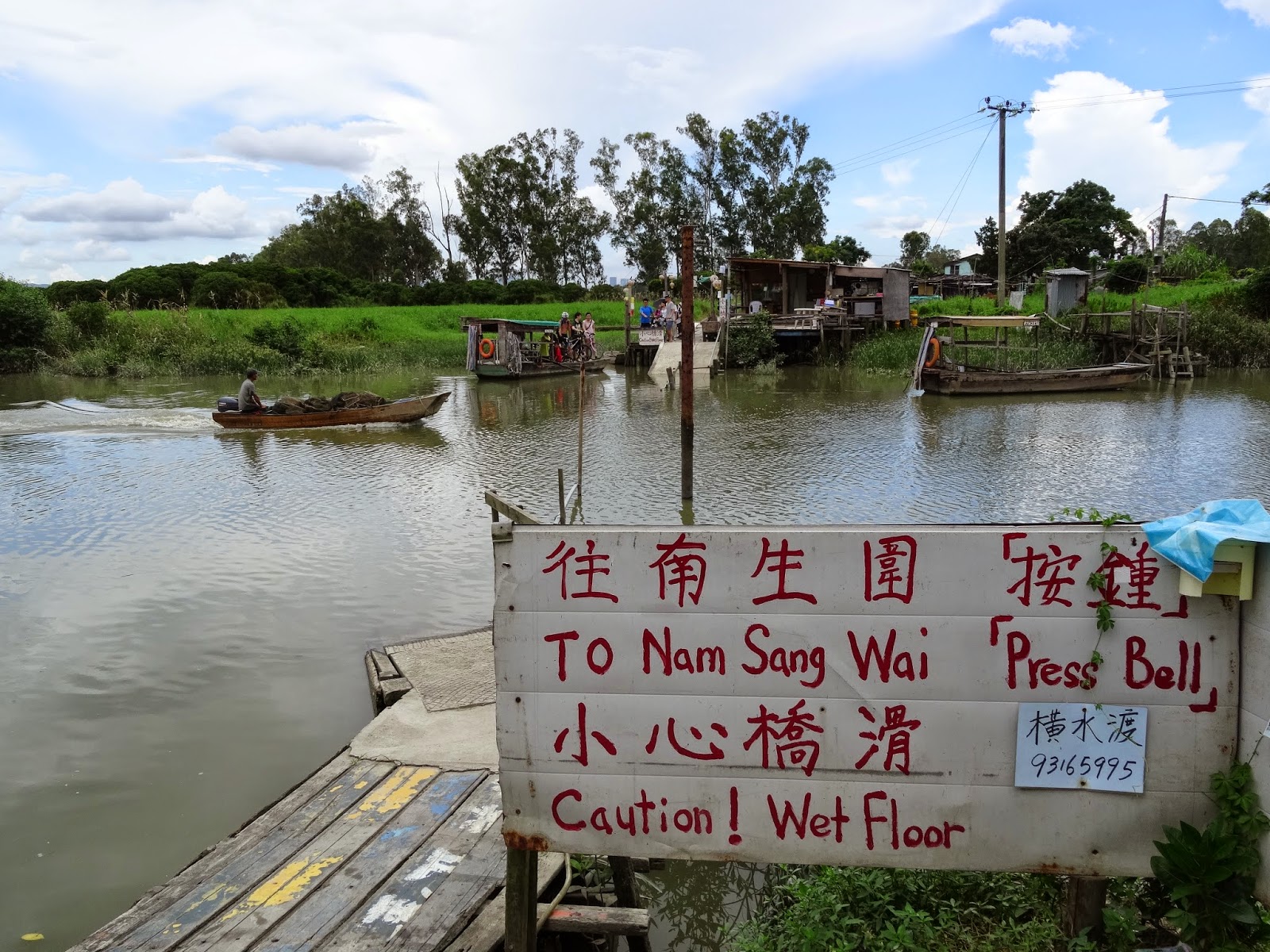 A scene few people would expect to see in Hong Kong 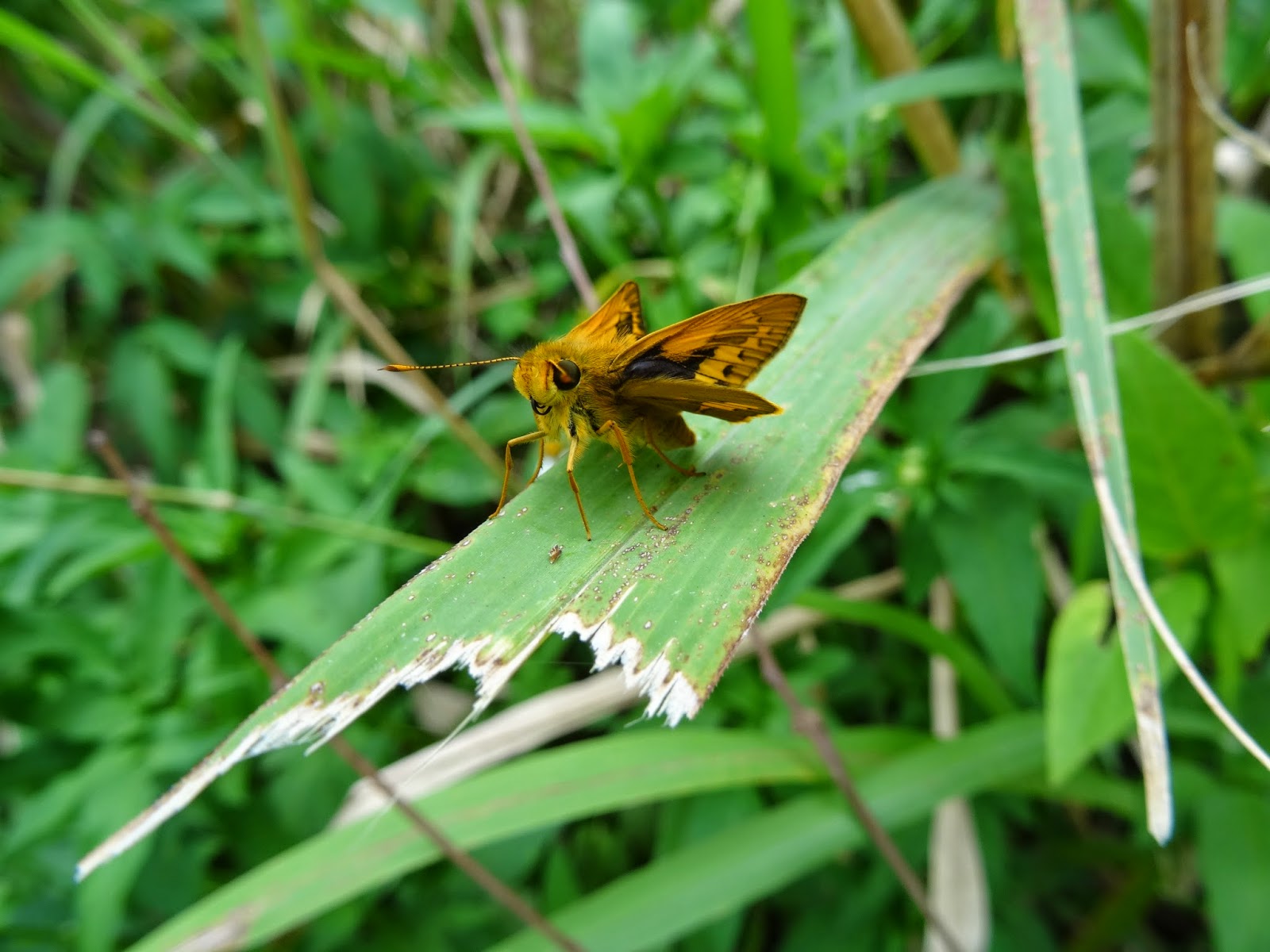 This butterfly looks like it's got just one eye --
but it's really just the camera angle that makes it so! 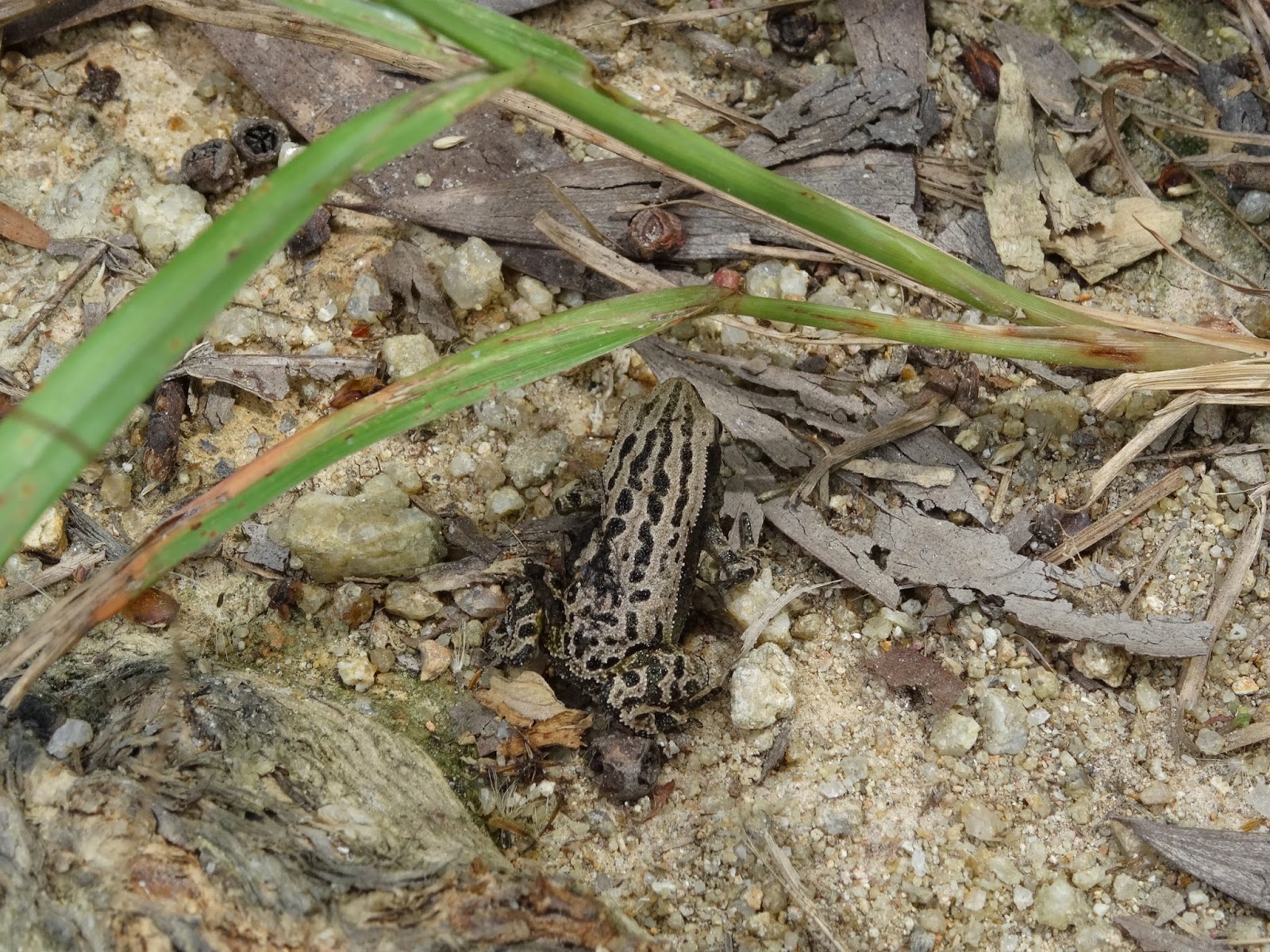 Is that a frog or toad that I manage to take a photo of?
One very hot but beautiful summer's day last year, I took a sampan ride across the Kam Tin River to Nam Sang Wai. Having found the wetland area to be a photographer's (as well as filmmakers') delight, I resolved to visit there again -- and did so earlier today with my mother (who's visiting once again from Penang) in tow.
Unfortunately, this time around, Mother Nature was not so cooperative as we got caught in a downpour -- which wasn't too heavy nor long but still not all that welcome, considering that this nature spot is pretty exposed to the elements for the most part.  In addition, my mother found the temperature too hot for her liking -- this despite it actually having been a few degrees cooler this late August day than it had been when I visited last June.

Consequently, we didn't stay too long in this wetland area.  But even then, I found myself enjoying the sights once more of such as women in long white wedding gowns posing with their husbands-to-be for wedding photos among the Eucalyptus trees that are plentiful in this section of Hong Kong, the remote-controlled aircraft (with helicopters being favored today) flying about in the air and people generally having a good time being out among nature.
Still, as is usually the case for me when I am in natural surroundings, it was the non-human creatures that were responsible for the most eye-catching thrills.  Unfortunately, I wasn't quick enough to snap a photo of the mongoose that ran across my path shortly after the downpour began.  On the other hand, a couple of different dragonflies deigned to pose for me -- as did the small colorful butterfly I reckon is a Lesser Band Dart (and if so, would be very cool, since it's been assessed as a rare butterfly species) and, best of all, an amphibian critter which I can't decide is a frog or toad, not least because I was unable to take a good look at its eyes before it quickly vanished from my sight! ;S
Posted by YTSL at 10:56 PM