Tung Chung Fort - not torn down but nonetheless disrespected? 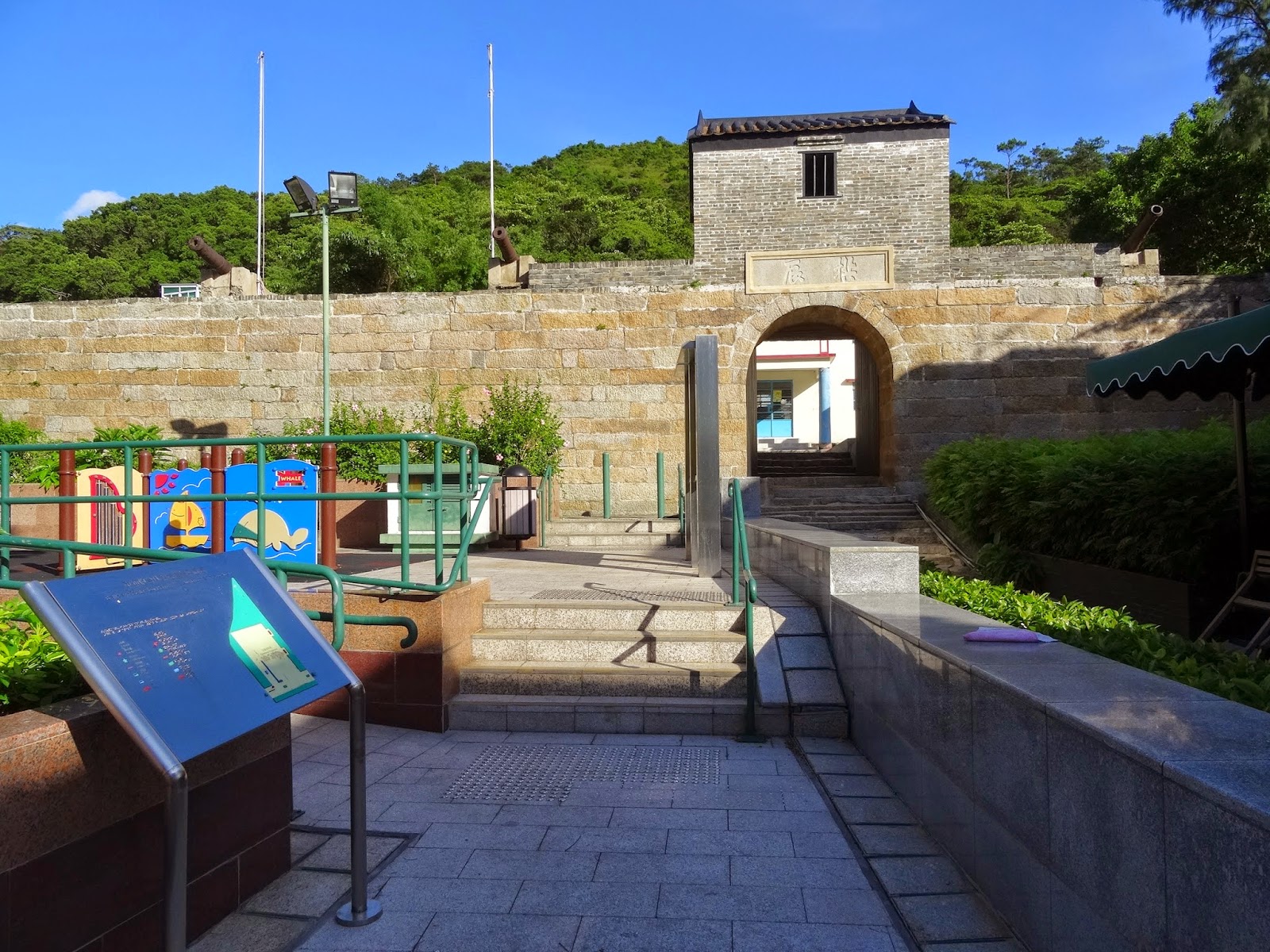 Who would put a children's playground so close
to a close to a centuries old historic monument?! 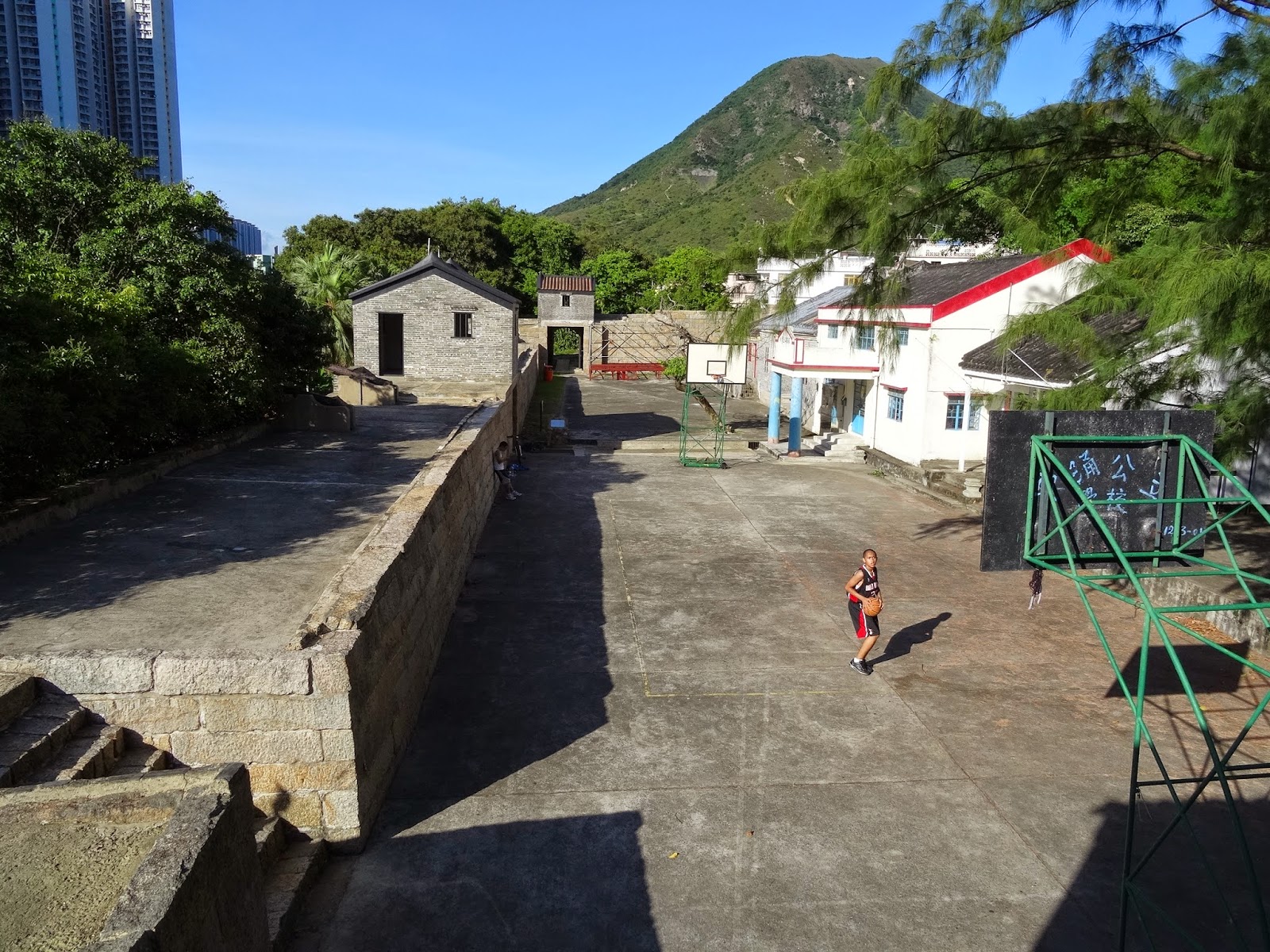 Even more unexpected is the existence of a basketball court
in the interior space of the Qing Dynasty complex!! 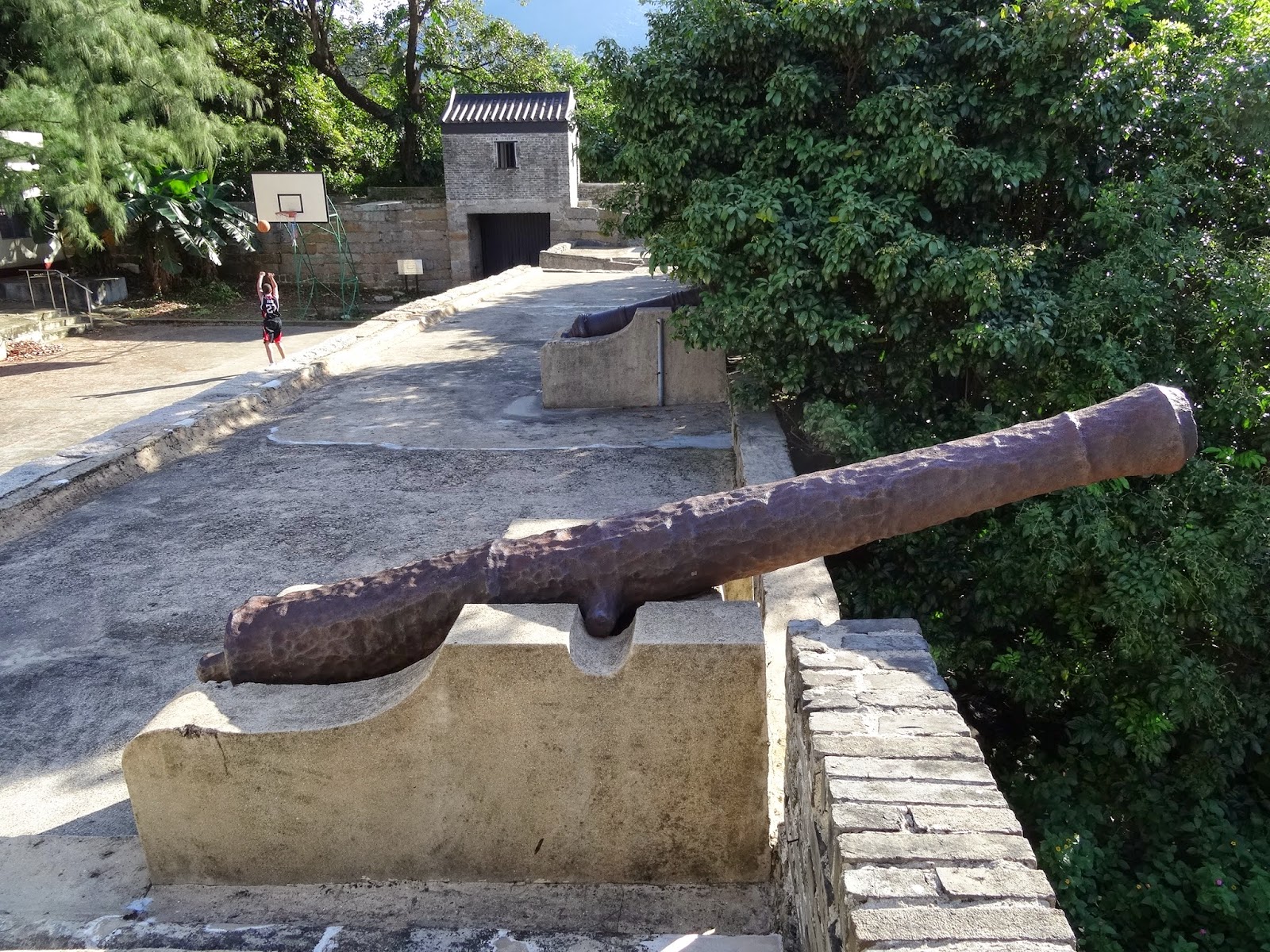 Perhaps some consolation can be drawn from Tung Chung Fort
still having six intact, old muzzle-loading cannons on site

Earlier today, I viewed an excellent Hong Kong movie entitled Dot 2 Dot that contained a scene in which an urban explorer unexpectedly discovers that a trash can has been placed next to one of the old City of Victoria's boundary stones.  While this would seem like an incongruous, never mind inappropriate, juxtapositioning to many people who have lived elsewhere besides "Asia's World City", I must say that I've come to look at this kind of casual treatment of historic artifacts and cultural heritage as par for the course in Hong Kong.


Take, as another example, the treatment that's been meted out to Tung Chung Fort. A Qing Dynasty fortification erected on the site of a fort built during the Southern Song Dynasty, it has been used after its abandonment by the Qing Government as a police station, occupied by a college and a primary school as well as the Japanese army (the last during the Second World War), and also served as the base for the Rural Committee Office.

Although it was officially declared a monument in 1979 by the relevant Hong Kong authorities, this hasn't saved the 19th century structure from the ignominy of having a basketball court inside of its walls and a children's playground and Indian restaurant as its super close-by neighbors!  And while there's supposed to be an exhibitions center run by the Leisure and Cultural Services Department detailing its history, that didn't seem to be open when I visited the site on Sunday afternoon this summer.

This being Hong Kong, I suppose heritage conservationists should take some comfort in this old -- by Hong Kong standards! -- monument not having been torn down (yet).  Nonetheless, I can't help but rue that (more) steps haven't been taken to present this historic structure in a better way and light -- this especially since, unlike the likes of the forts at Fan Lau and Tung Lung Chau, the one at Tung Chung is pretty accessible by public transport (or even by foot from Tung Chung town centre).
Posted by YTSL at 11:10 PM