As the more eagle-eyed among you undoubtedly may have noticed, the photo-essays I've been posting consist of snaps that were not taken in the same season as it is now.  Rather, they chronicle hikes undertaken some time back -- but are being highlighted in some detail for the first time on this blog quite a while after I went on them.

As exhibit A: this photo-essay being posted on this blog at the height of the summer of 2014 constitutes a look back at the last hike I went on in 2012.  Not only was it a much cooler day then than today but it also was distinguished by being one when the strong monsoon signal was announced (an occurence that isn't all that common in the middle of winter)!

Even more than one a half years later, I have vivid as well as fond memories of this hike.  One reason was that it was the first time I had gone on Section 4 of the Wilson Trail.  For another, I discovered that this section of the trail offered up vantage points that allowed me to see certain parts of Hong Kong I already knew from very different angles from ones that I had previously seen them from -- and, if nothing else, it made the hike worthwhile (and worth blogging about some one and a half years on)! ;b 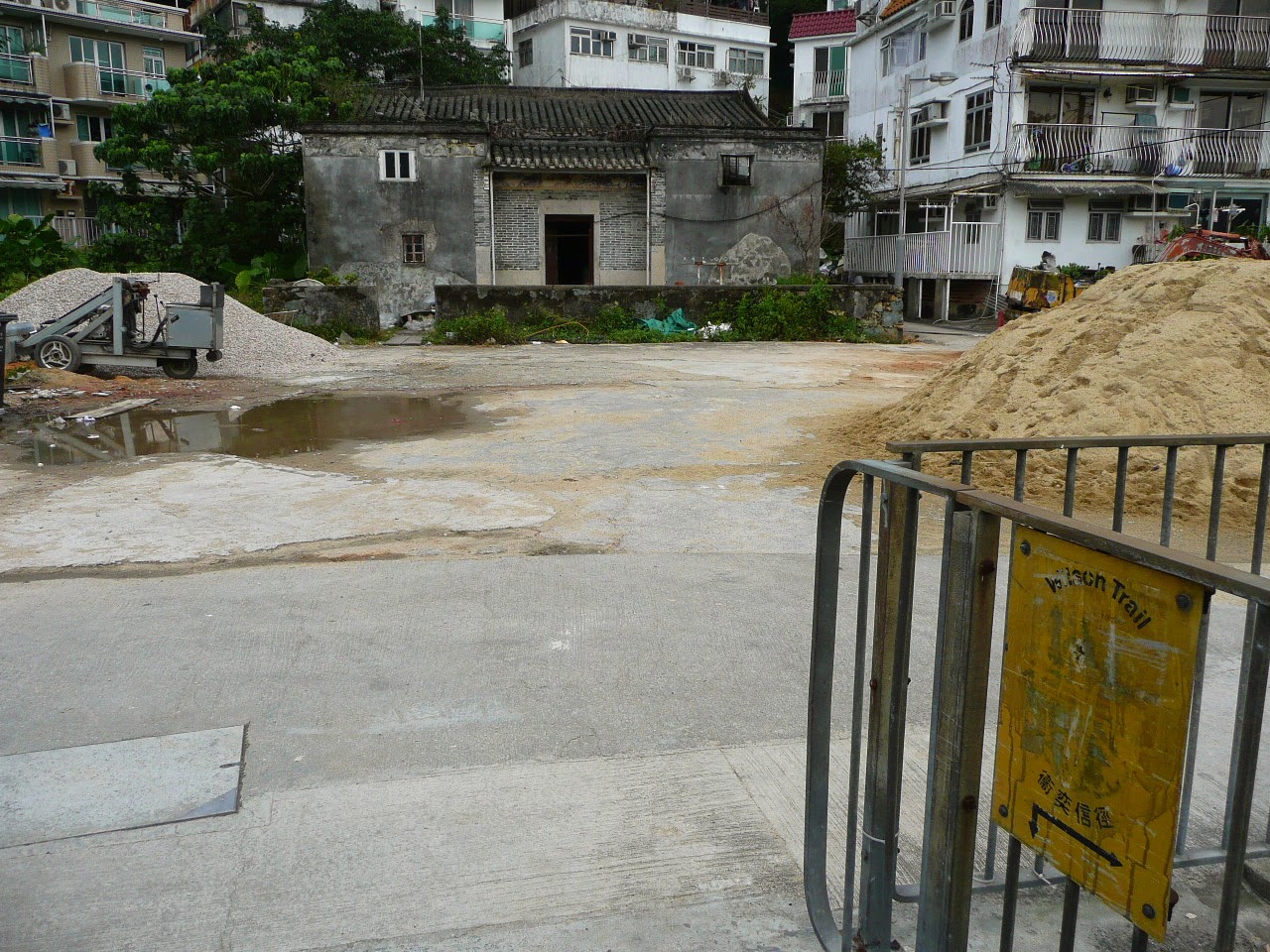 Not the kind of landscape you'd expect a section of
the Wilson Trail to begin at -- but that's what it is! ;O 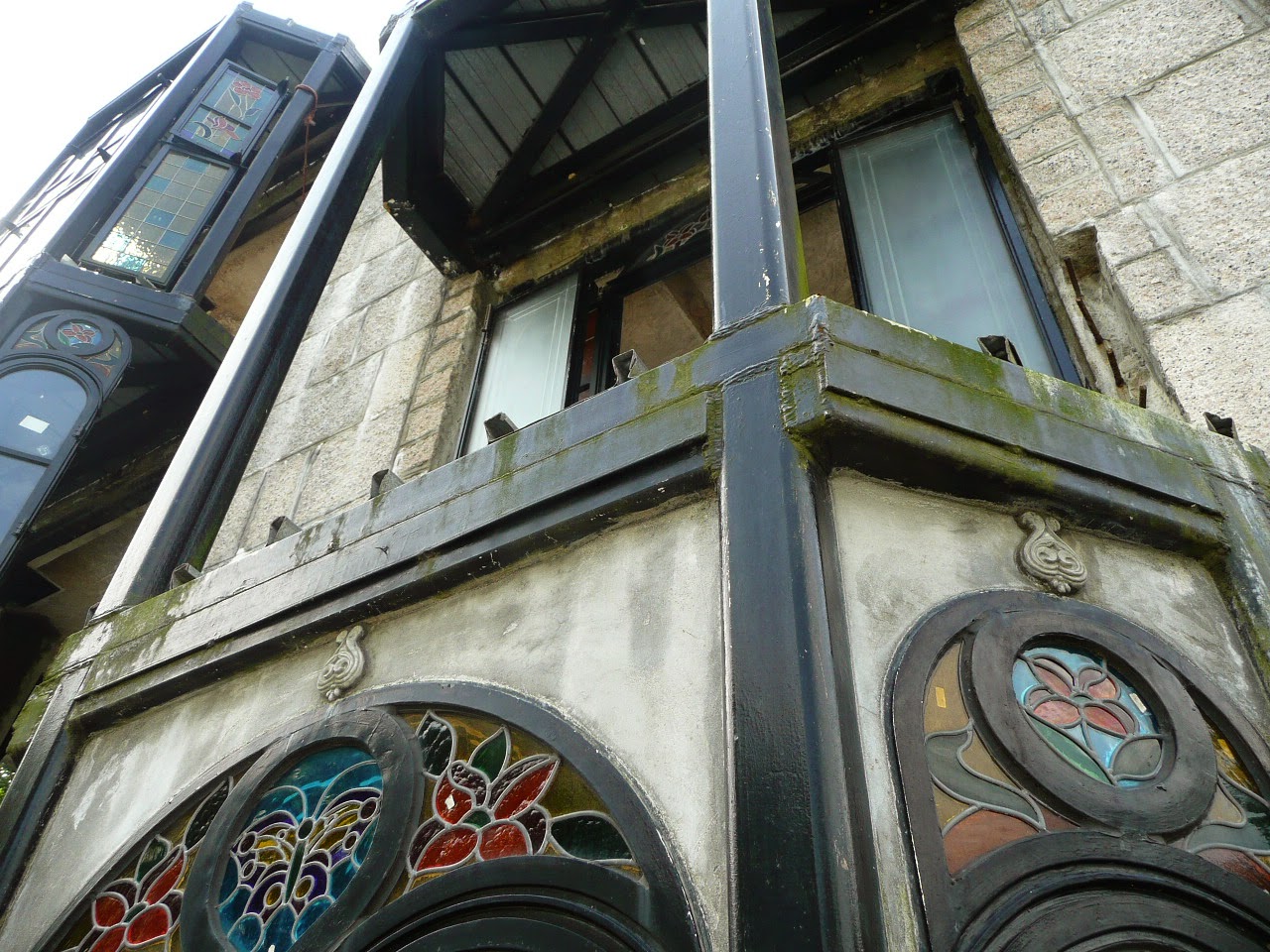 A much larger and more visually impressive structure than
the average abandoned building seen while hiking in Hong Kong! 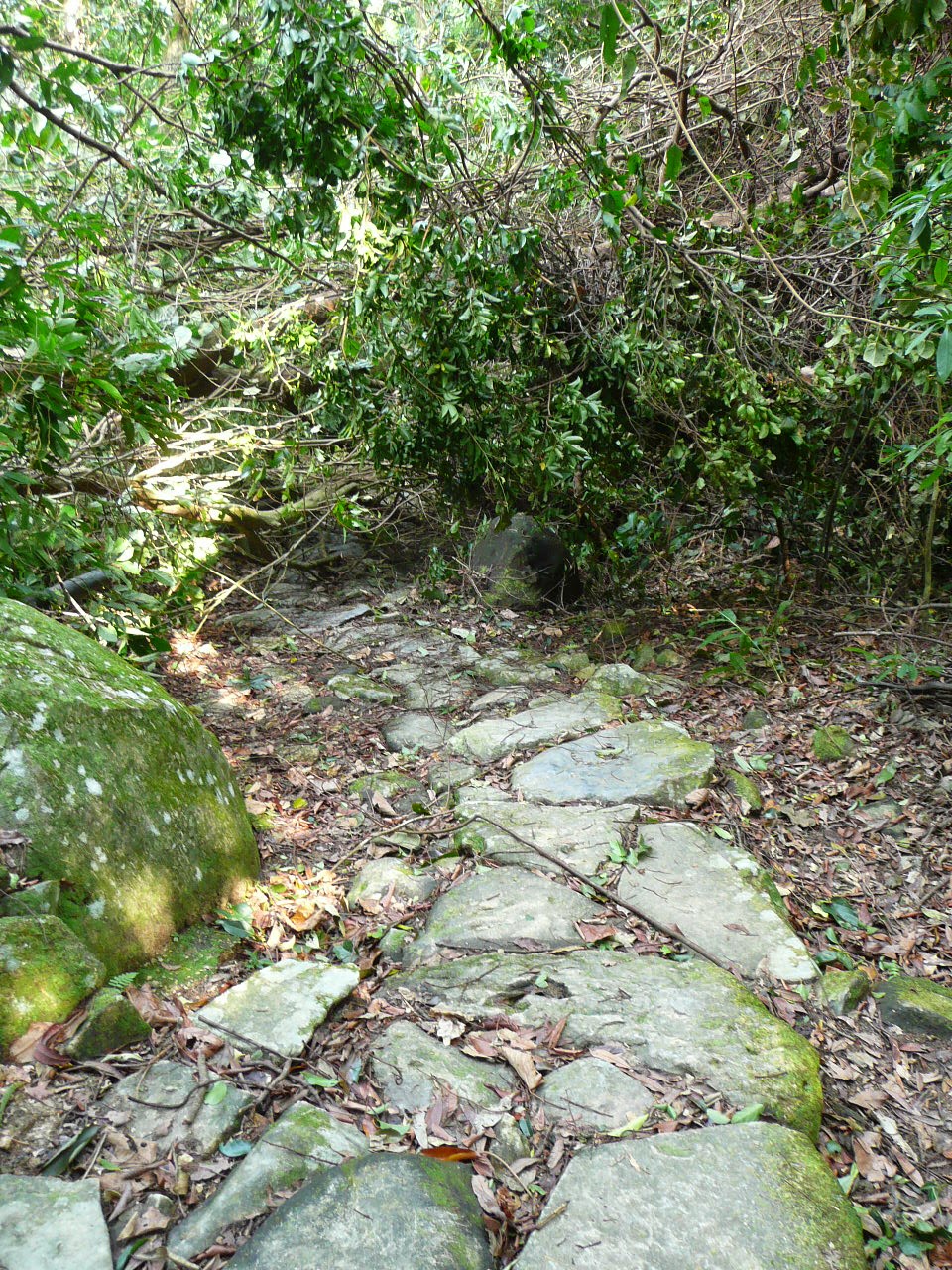 As evidenced by there being sections where trees have fallen
over them, there's reason to think that in addition to
its signage problems, the Wilson Trail isn't as well
looked after as Hong Kong's other official major trails 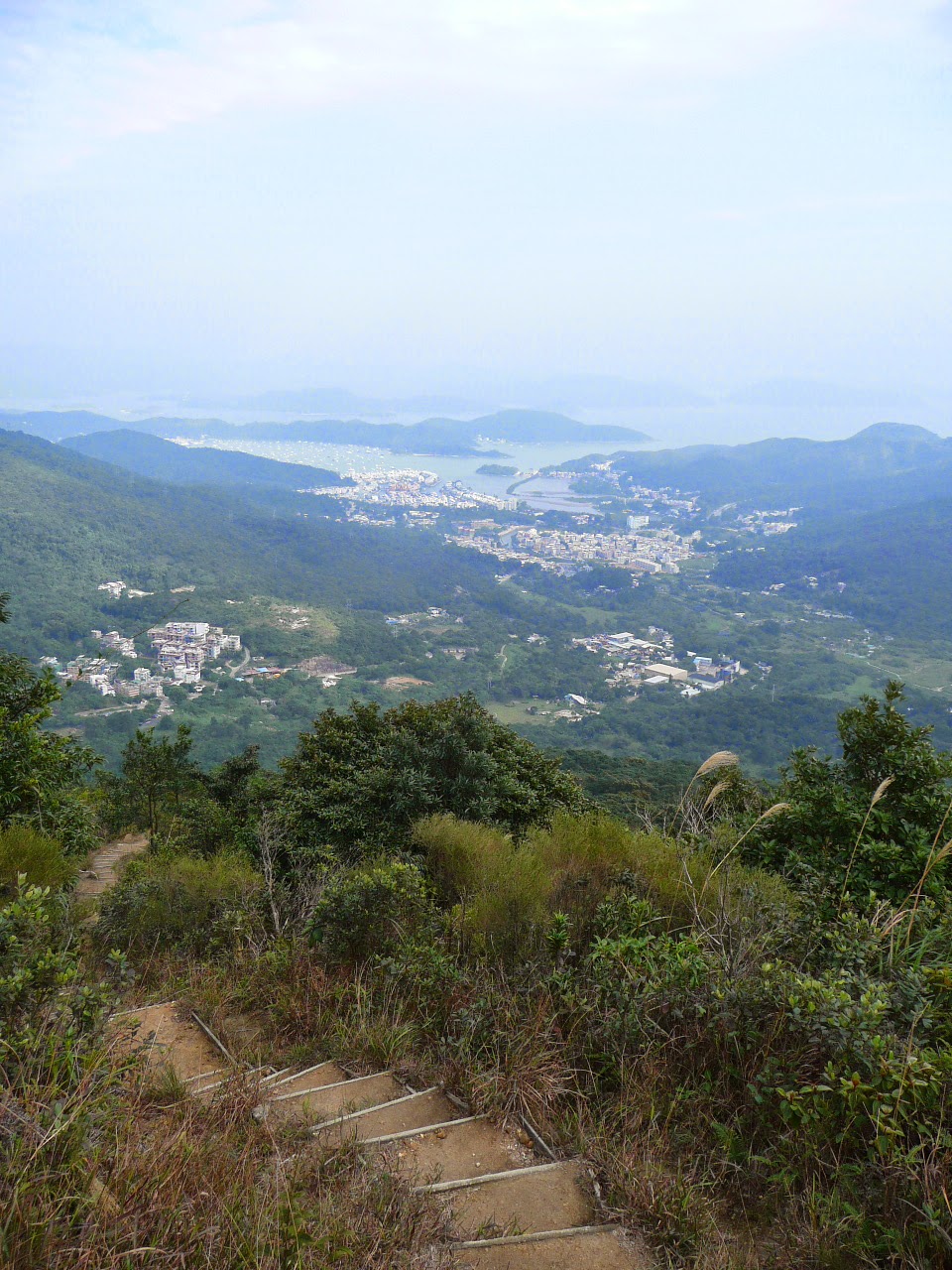 All -- or, at least, much -- is forgiven though upon
getting to scenic sections of the trail such as this  ;) 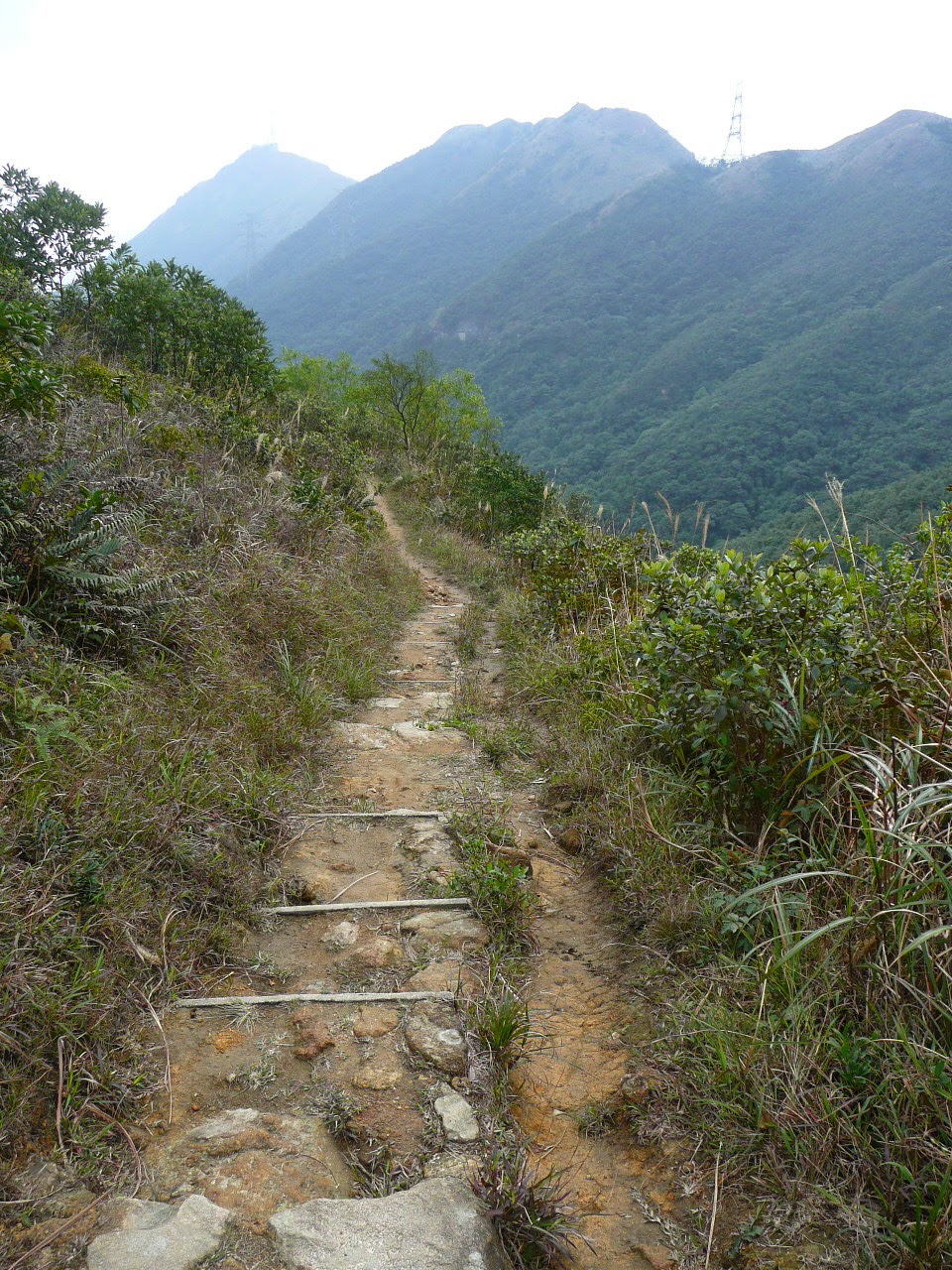 The rugged trail leads up into
the eastern Kowloon hills 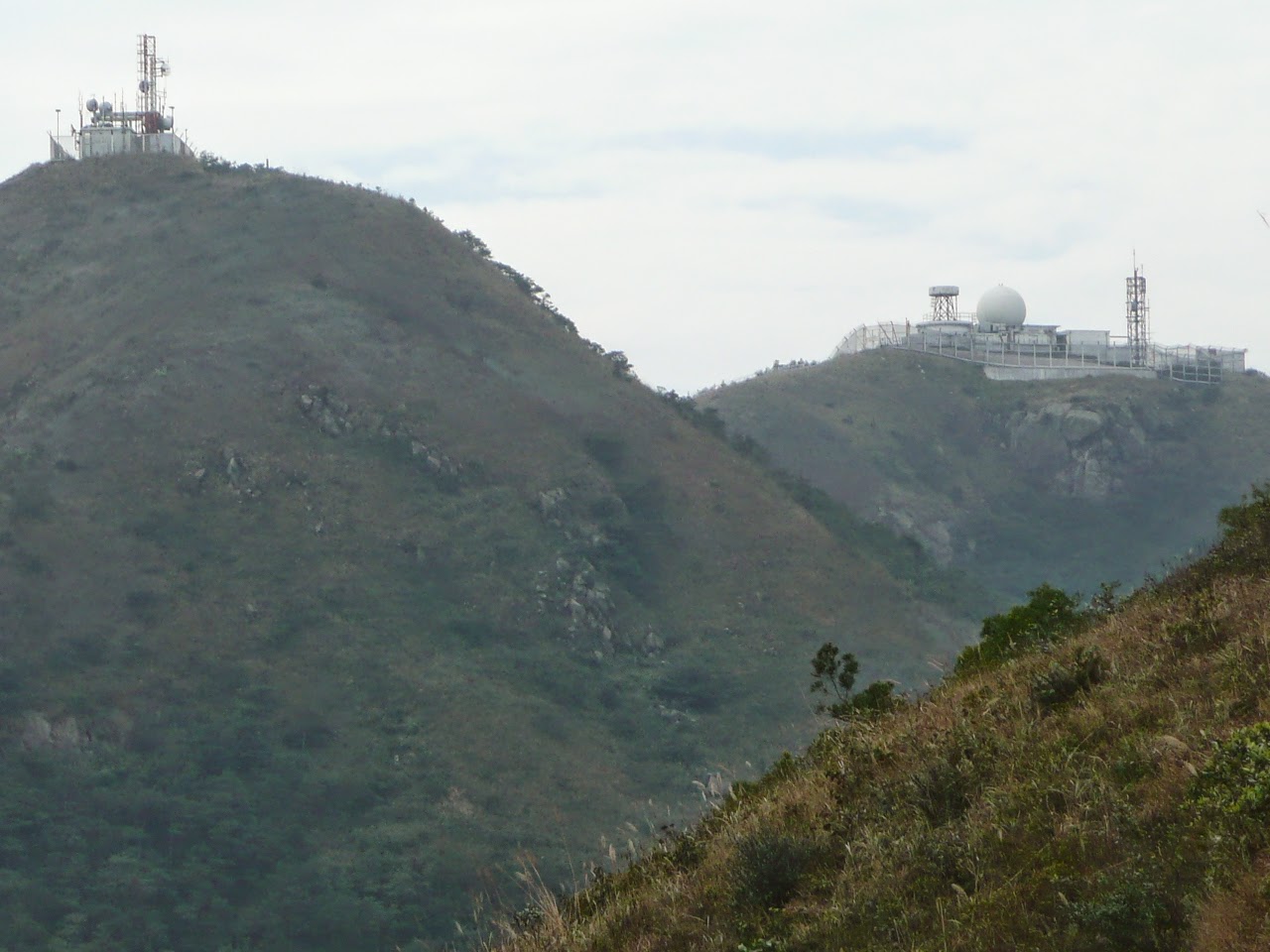 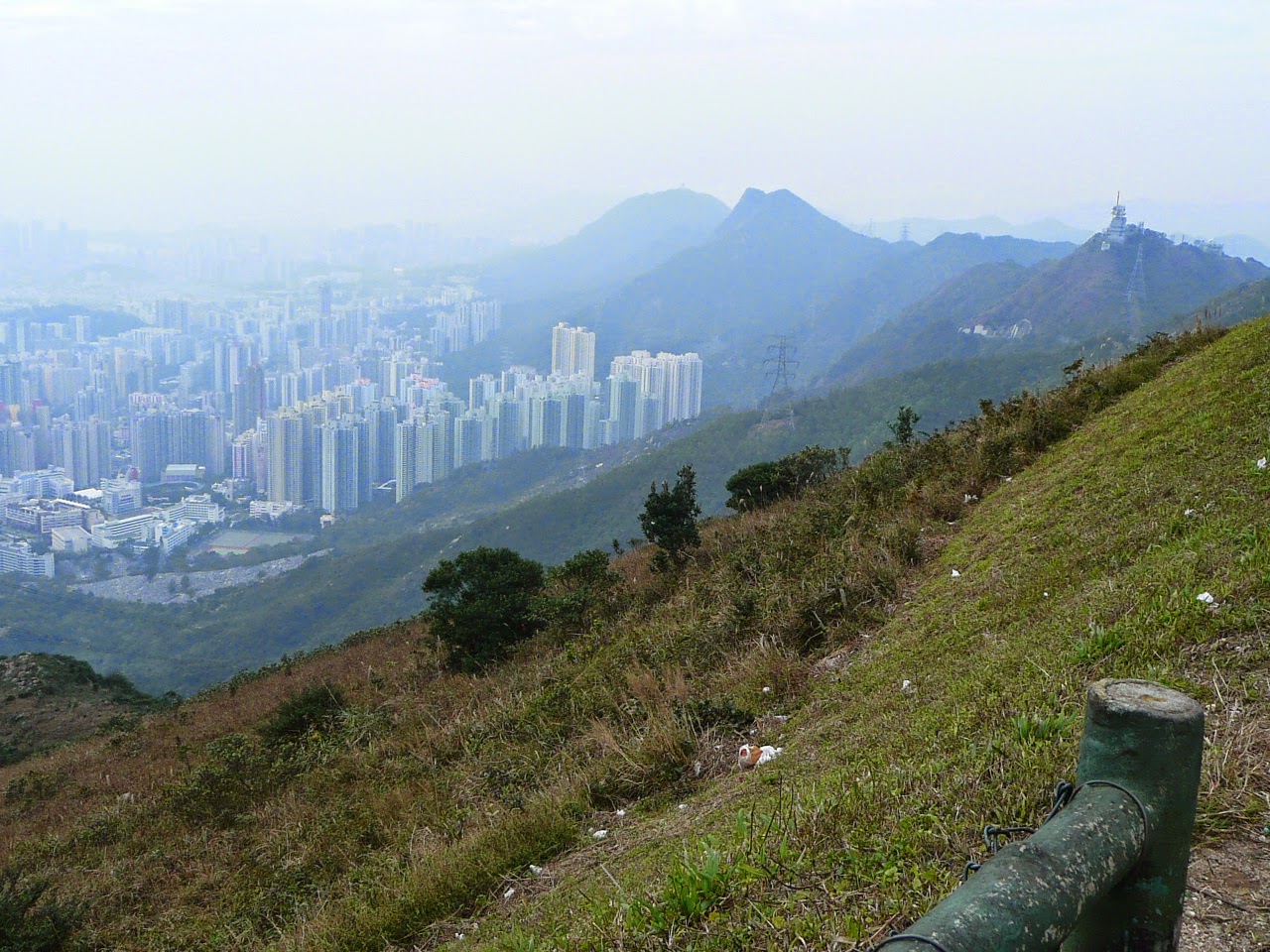 In contrast to the rural landscapes early in the hike,
one's privy to views of the city below in the latter part of the trek 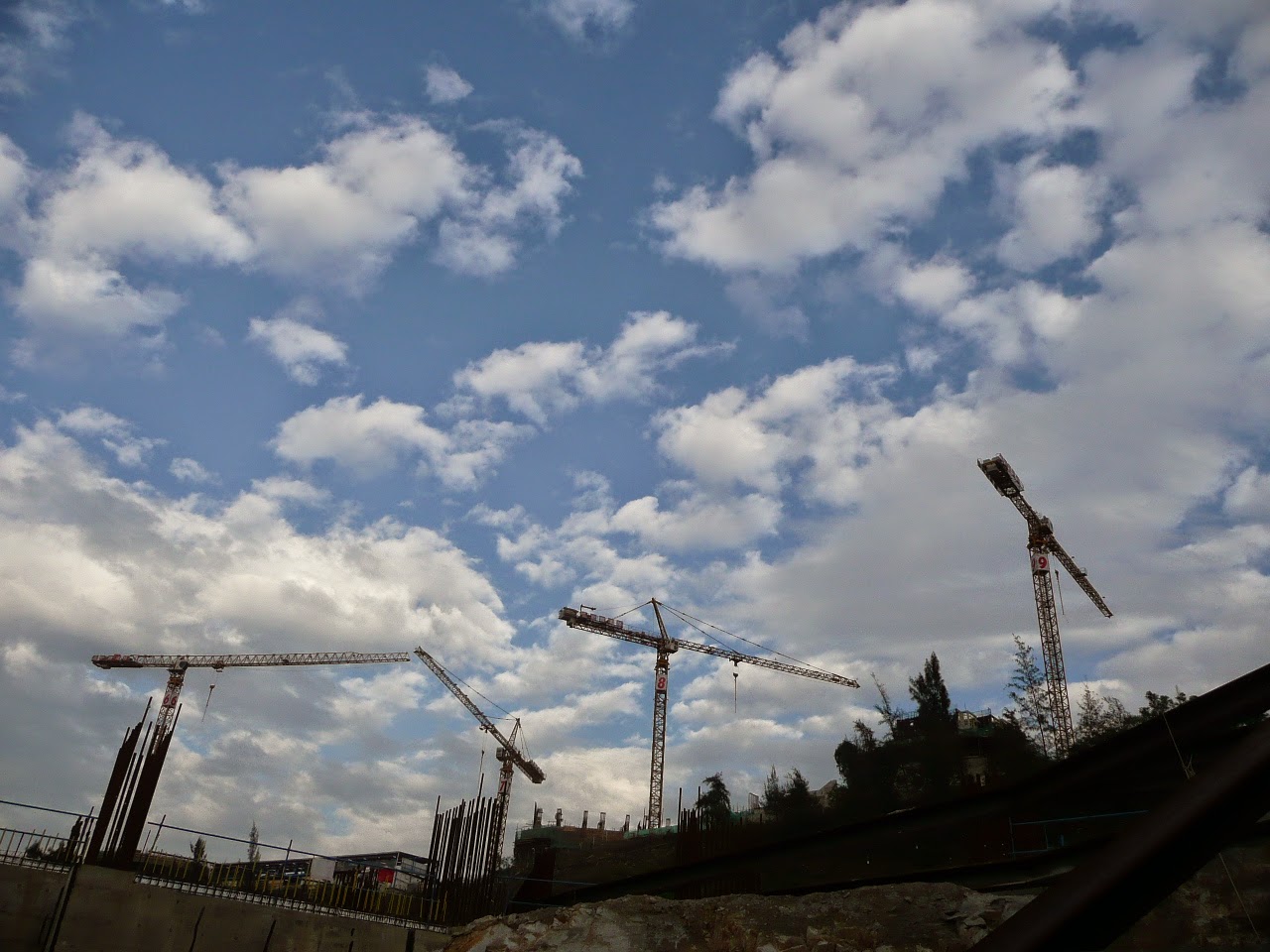 At Shatin Pass, my hiking buddy and I veered off from
the Wilson Trail northwards and down to Shatin via
a trail that passed by a major construction site
Posted by YTSL at 11:34 PM

This is a good hiking entry, supplemented by links to your other Wilson hikes and your link to the essential HKWalkers.net. The fifth photo from the top of the "rugged trail" truly captures the solitude one may experience on a mountain hiking trail.

If and when I make it back to Asia, I would like to do sections of Wilson Trail, parts of which look as if they are for serious trekkers only. Section 9 especially interests me, but I would start with the shortcut at Hok Tau reservoir, and hike up and across Pat Sin Leng range, finishing at the lookout of Hsien Ku Fung. Since this is rated a "difficult" route, is is probably wise not to go alone. Hansens Hikes HK sometimes offers this hike.

Interesting that you've decided you'd like to do the Wilson Trail. I find it the least well marked of the major Hong Kong trails - so definitely think it preferable to hike with at least one other person.

Re Pat Sin Leng: funny, a friend and I were just talking about it at dinner this evening.

The thing to bear in mind with that particular hiking option is that there are more than 8 peaks to go up and down because of its geography. Also, a hike there has to be planned in the winter months (because there's little tree coverage at the top), to start early (to make sure you complete the hike before you get dark) and with a lot of water (because there are very few "outs").

Also, the west to east option is indeed preferable because of public transportation availability. But bear in mind that the lookout of Hsien Ku Fung is kilometers away from a hike exit... so you'd have to add a few more kilometers to your hike route in order to do such as head down from there to Tai Mei Tuk or near Bride's Pool!