Hello Kitty in the news! 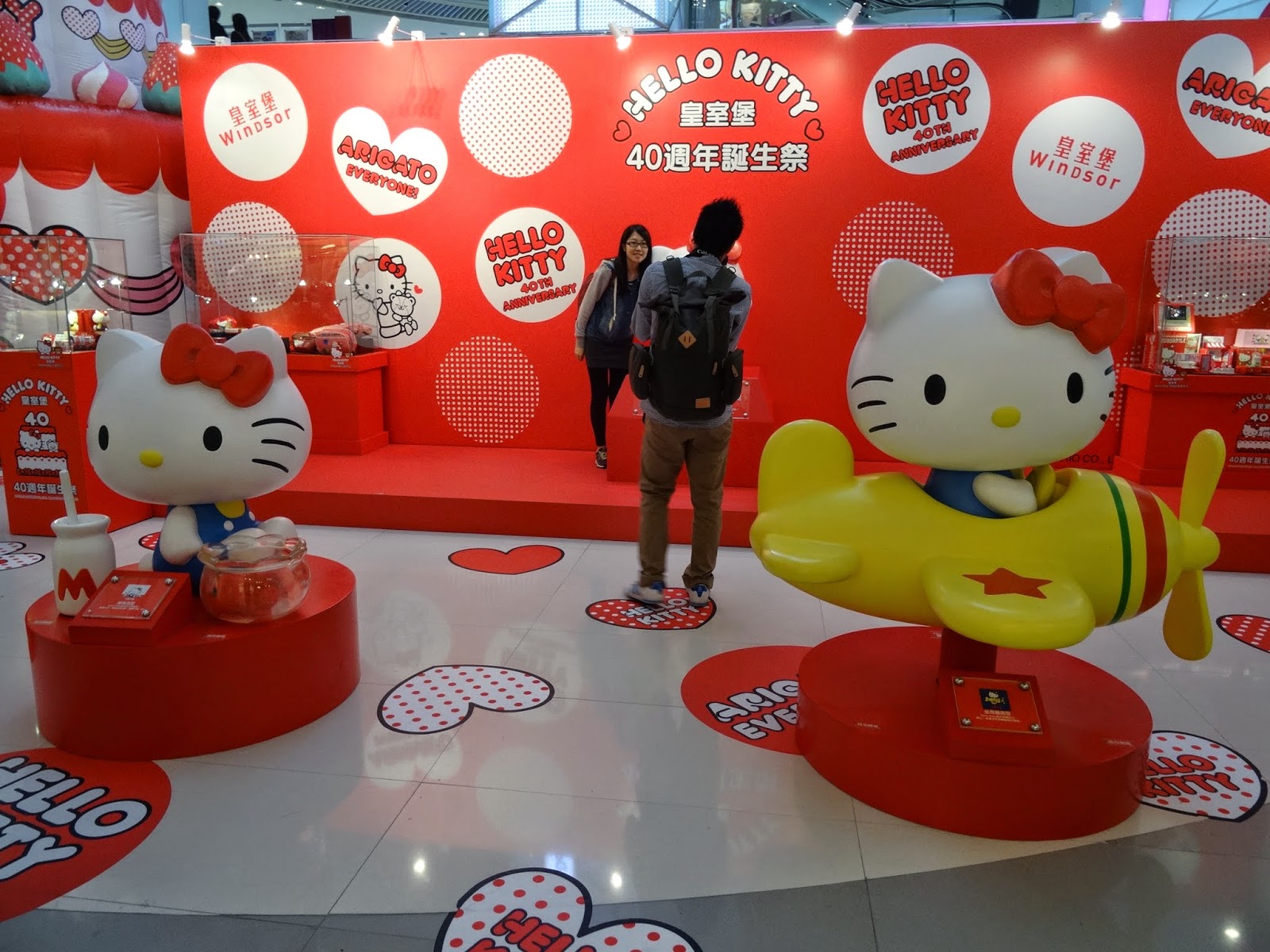 Guess who's been attracting a lot of attention lately... 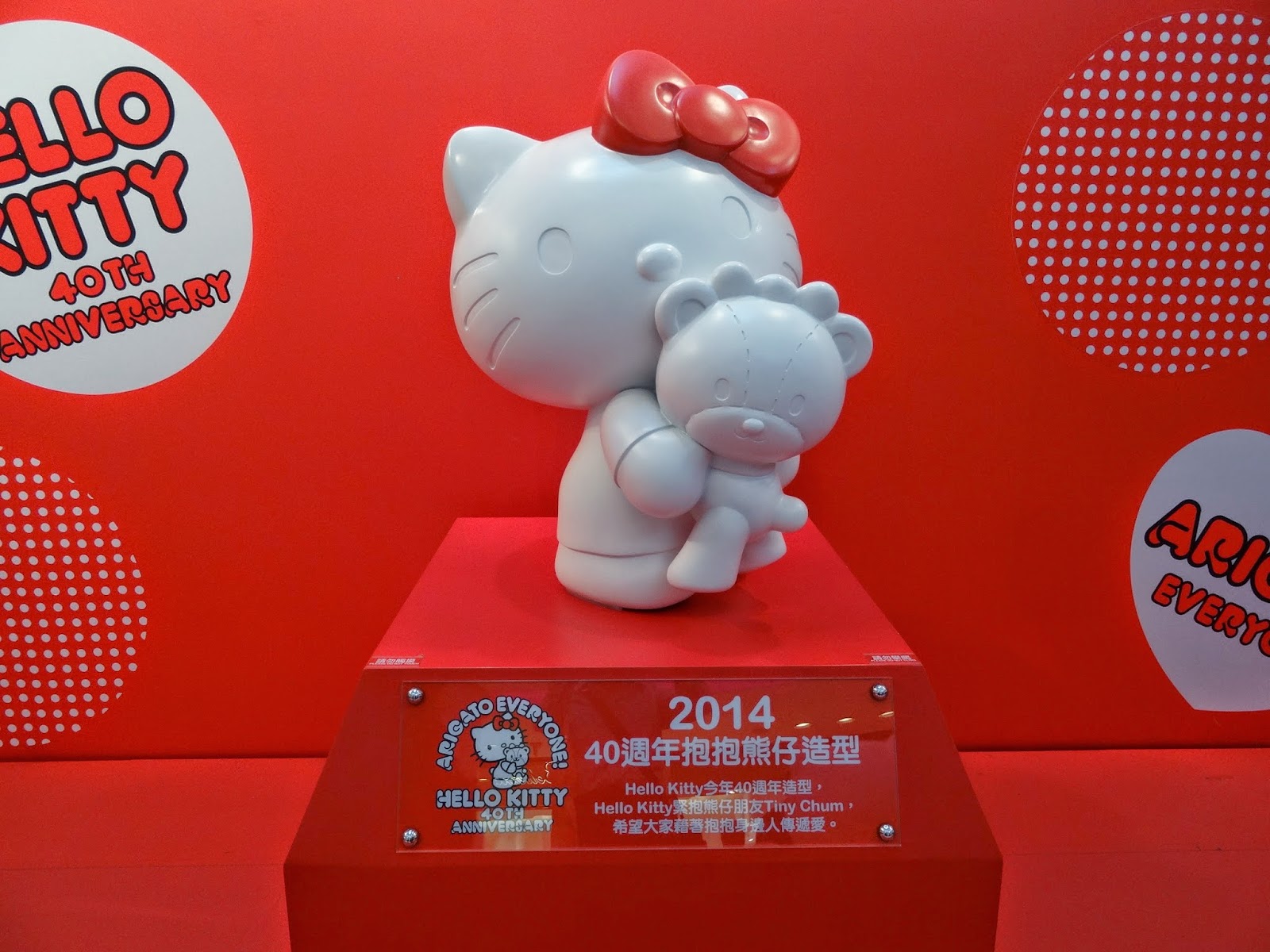 The furry creature hugging a teddy bear in this photo, that's who!

Earlier this week, I spotted a news brief about Hello Kitty sending messages back to Earth from her satellite up in space and pointed it out to a friend.  Today, I've received emails and other messages from a number of friends about news reports of Hello Kitty not being a cat.

In all honesty, neither of these pieces of news faze me all that much.  Re the former: I long ago stopped thinking that there are limits as to what Kitty Chan can do and get up to.  Re the latter: despite my proclivity for referring to Hello Kitty as the cute cat and furry feline, I do realize that she's about as far from being an ordinary cat as Ponyo is an ordinary fish.

Think about it: what kind of cat walks about on two legs, favors wearing bows on the top left side of her head, has friends from a variety of species, has her own pet cat (Charmmy Kitty) and a Teddy Bear (named Tiny Chum), etc., etc.?  So, far better -- and more appropriate -- to think of Hello Kitty as a an animated character, cultural force, etc.

Actually, I've long seen Hello Kitty referred to as a girl (rather than cat -- though this doesn't preclude that she's a girl-cat) on sites such as Sanriotown. It's also pretty much the case that she is a bundle of contradictions.  If one wanted to phrase it more nicely, I guess one could say that Kitty Chan sure is versatile -- as are those responsible for her back story.

For example, there have been at least two different answers from Kitty Chan's parent company, Sanrio, with regards to the query of "Why doesn't Hello Kitty have a mouth?" The first, which I heard some years back, is that she does have a mouth -- it's just not often visible because it's usually hidden under her fur. (And, indeed, pictures and videos can be found on the internet that clearly show Hello Kitty -- and, for that matter, her twin sister Mimi too -- with a mouth!)

In recent years, however, the official line has become that she doesn't need a mouth because "Hello Kitty speaks from her heart. She’s Sanrio's ambassador to the world and isn't bound to any particular language."

Returning to the Hello Kitty cat issue: I guess it's true enough that she's not a cat in the Sanrio universe whereas Charmmy Kitty is, much in the way that Goofy is not a dog in the Disney Universe but Pluto is.  Still, I'm going to exercise my right to occasionally refer to her as the cute cat and furry feline as well as Kitty Chan because, well, those designations seem pretty kawaii to me and if nothing else, I'm sure that Hello Kitty's cool with being associated with matters kawaii! ;)

*Update: a cool article has appeared over on kotaku.com entitled "Don't Be Silly, Hello Kitty is a Cat" that makes for helpful and interesting reading! :)
Posted by YTSL at 10:55 PM

Living in highly populated area. Seem to but a lot more in to commercial...nothing like that here.

I'll believe it: Have never been to the Dakotas but I can easily imagine that Hong Kong is a far cry from from your neck of the woods! :)