In the company of others at Luk Wu Plateau (Photo-essay)

From the first time that I set foot on the Luk Wu Plateau, I decided that it's one of my favorite parts of Hong Kong -- and this all the more after my spotting a really big lizard on a tree on one of my hikes up to that part of Sai Kung East Country Park.

Because it's not the easiest part of Hong Kong to reach, the trails on it aren't the best maintained.  At the same time though, the Luk Wu Plateau appears to be an area favored by local hikers who like to go about in large groups -- as on three occasions now, I've felt like sections of the Luk Wu Country Trail had turned into a log-jammed highway for a few minutes!

Rather than get all upset about this, however, the thing to do is to either pause for a bit to establish some distance between your (small) party and the large group or, if it seems that you're going to be faster moving than them, power ahead and leave them in the dust!  In any case, it's super rare to encounter more than one of these large groups per hike. So you and your friends should be able to get back to enjoying the natural sights and sounds about you soon enough... :) 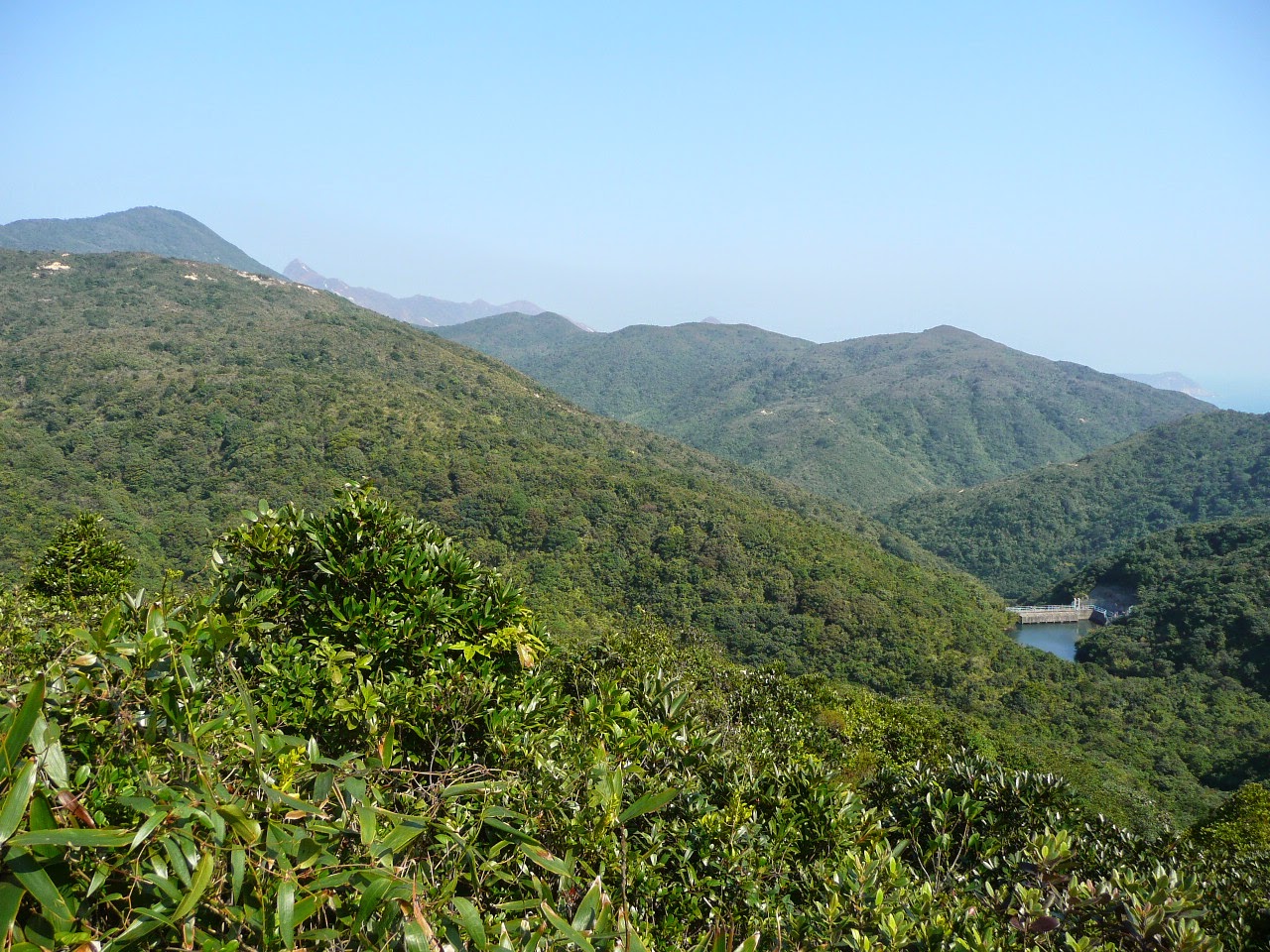 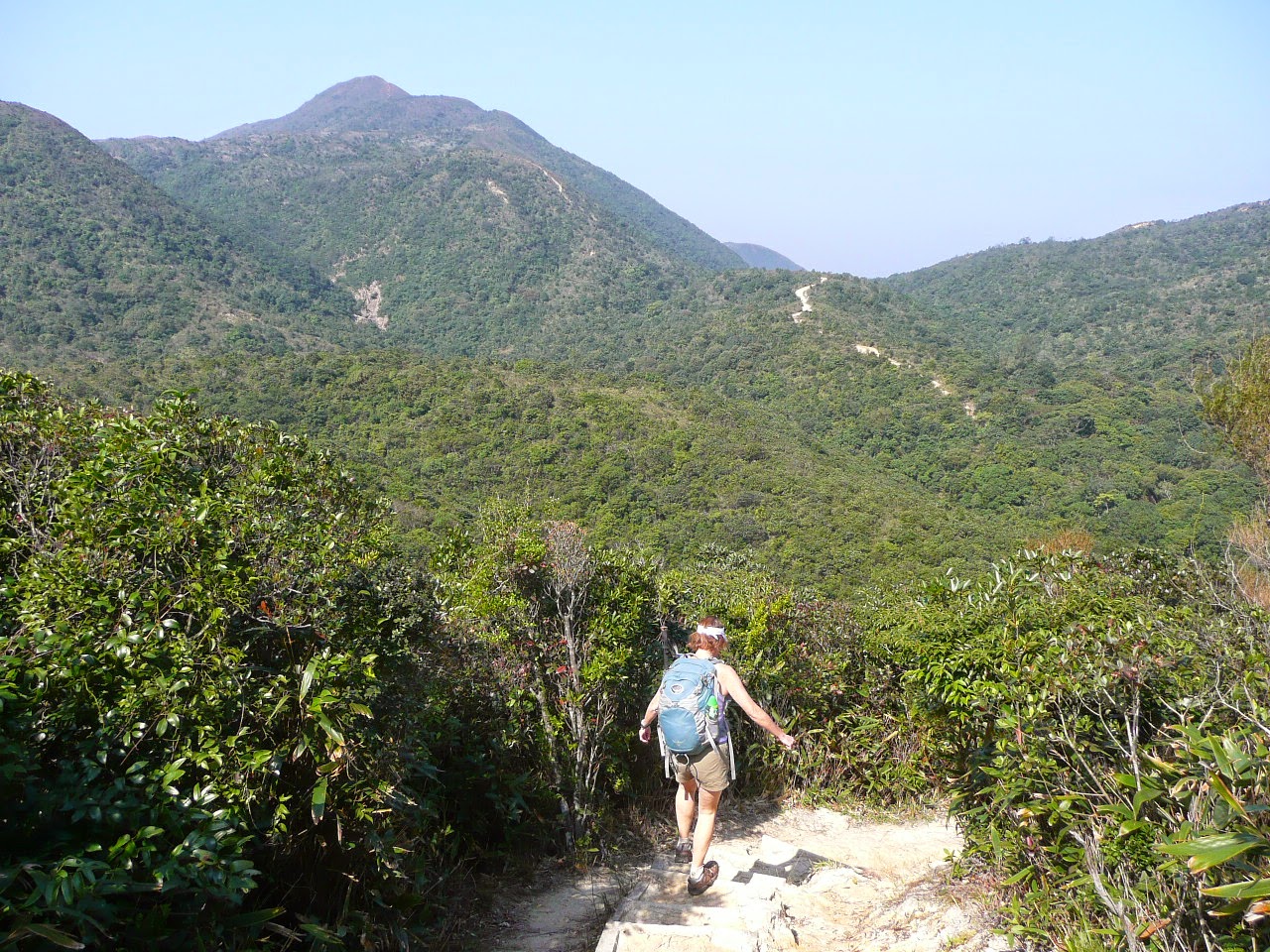 See the paths in the distance?  They are indeed part of
the relatively short but taxing Luk Wu Country Trail  :b 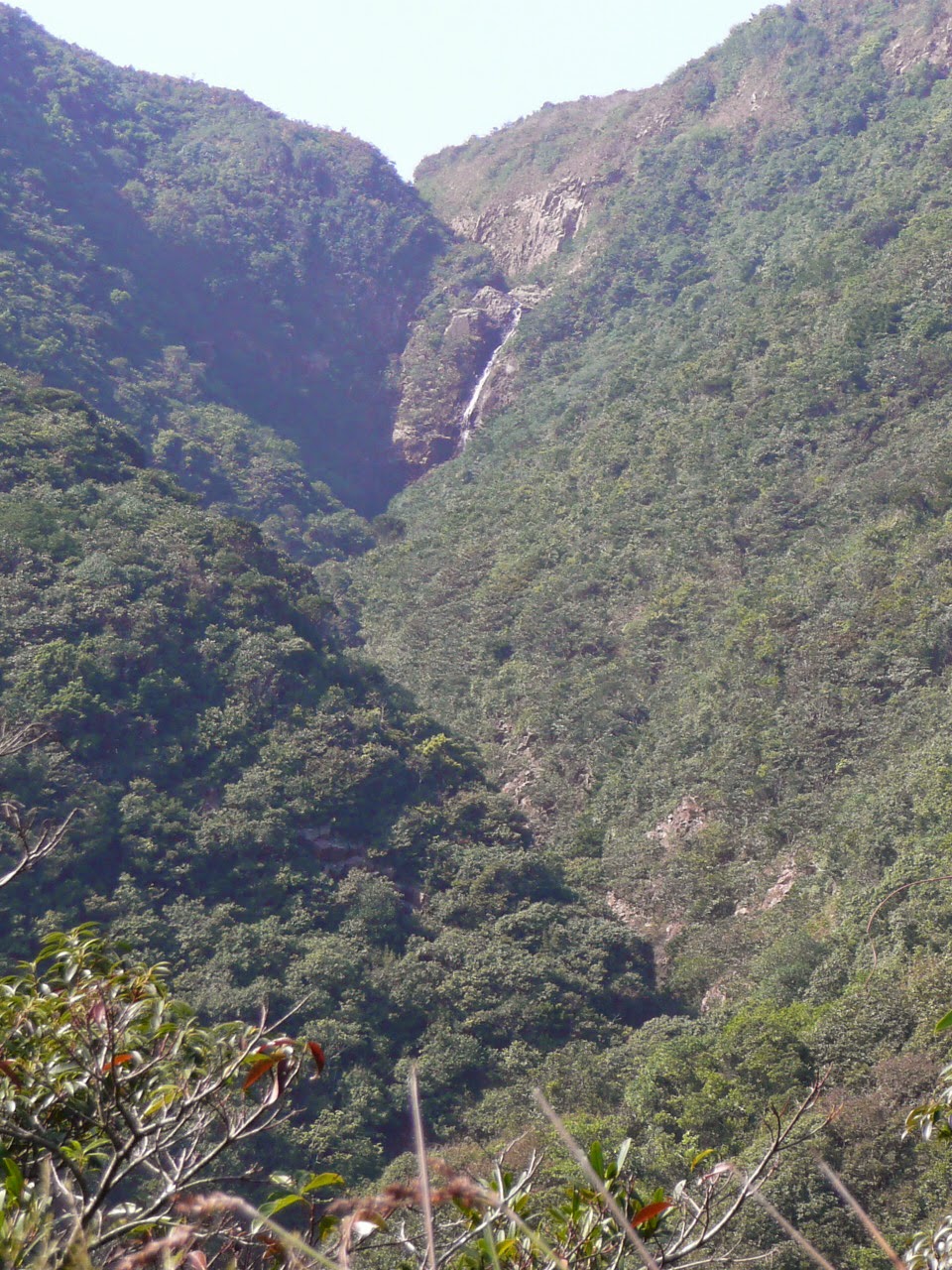 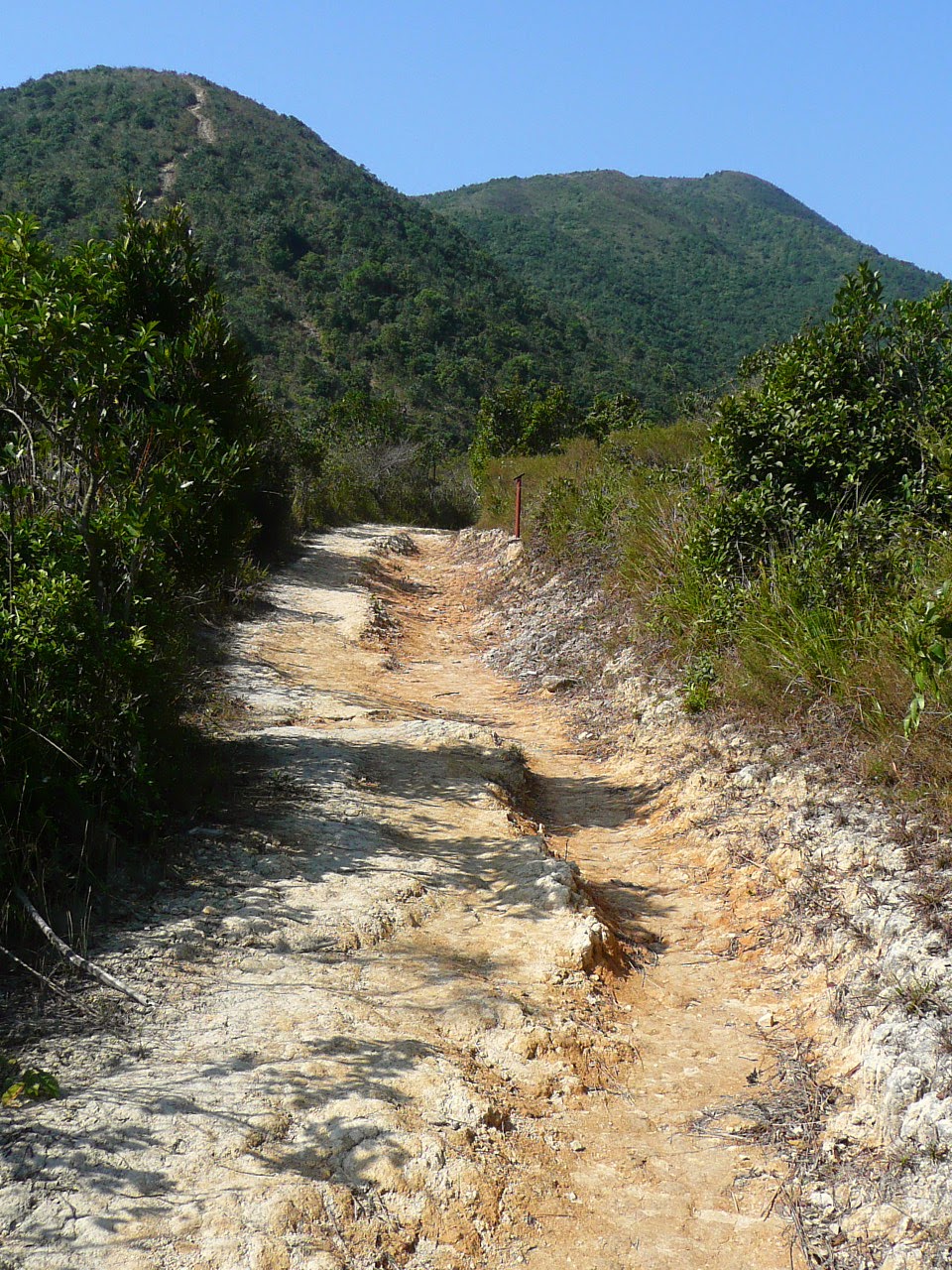 Parts of the trail have eroded but fortunately
those sections have done are on the wide side,
and thus not a problem to go along 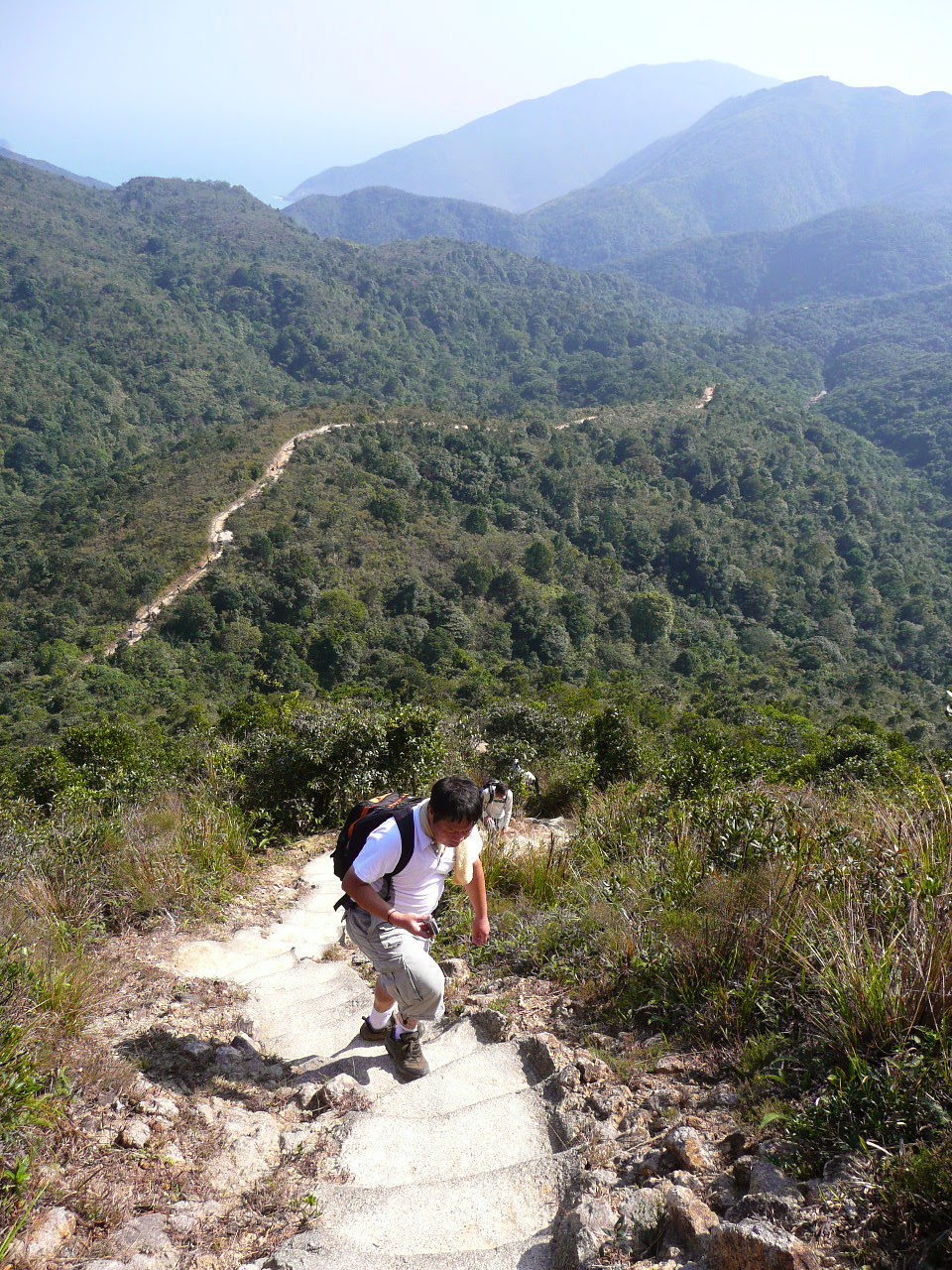 Even during the cooler times of the year,
the ascent up to the higher reaches of
the plateau can be on the challenging side 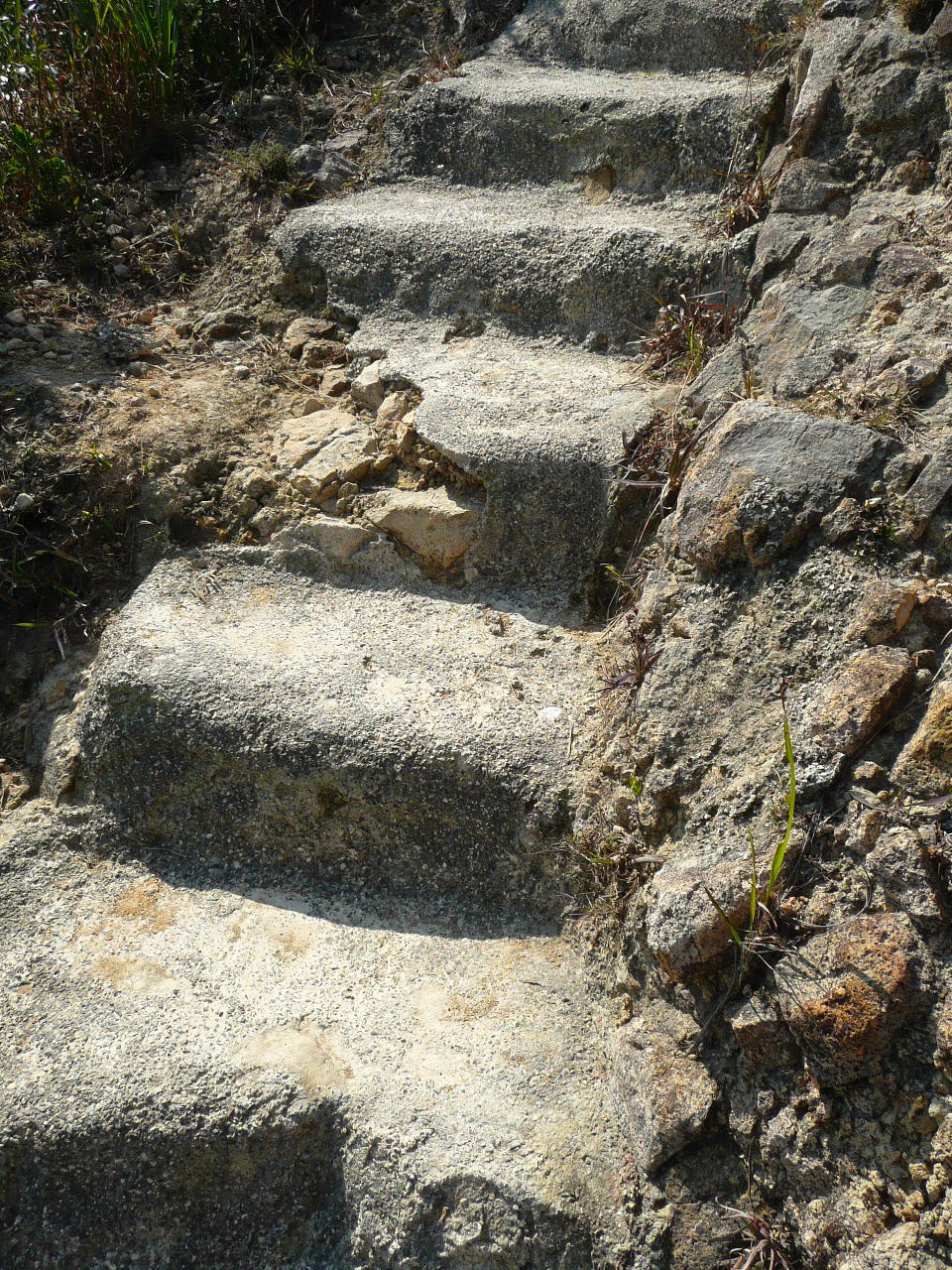 It doesn't help that the some of the steep
steps up have crumbled away! :O 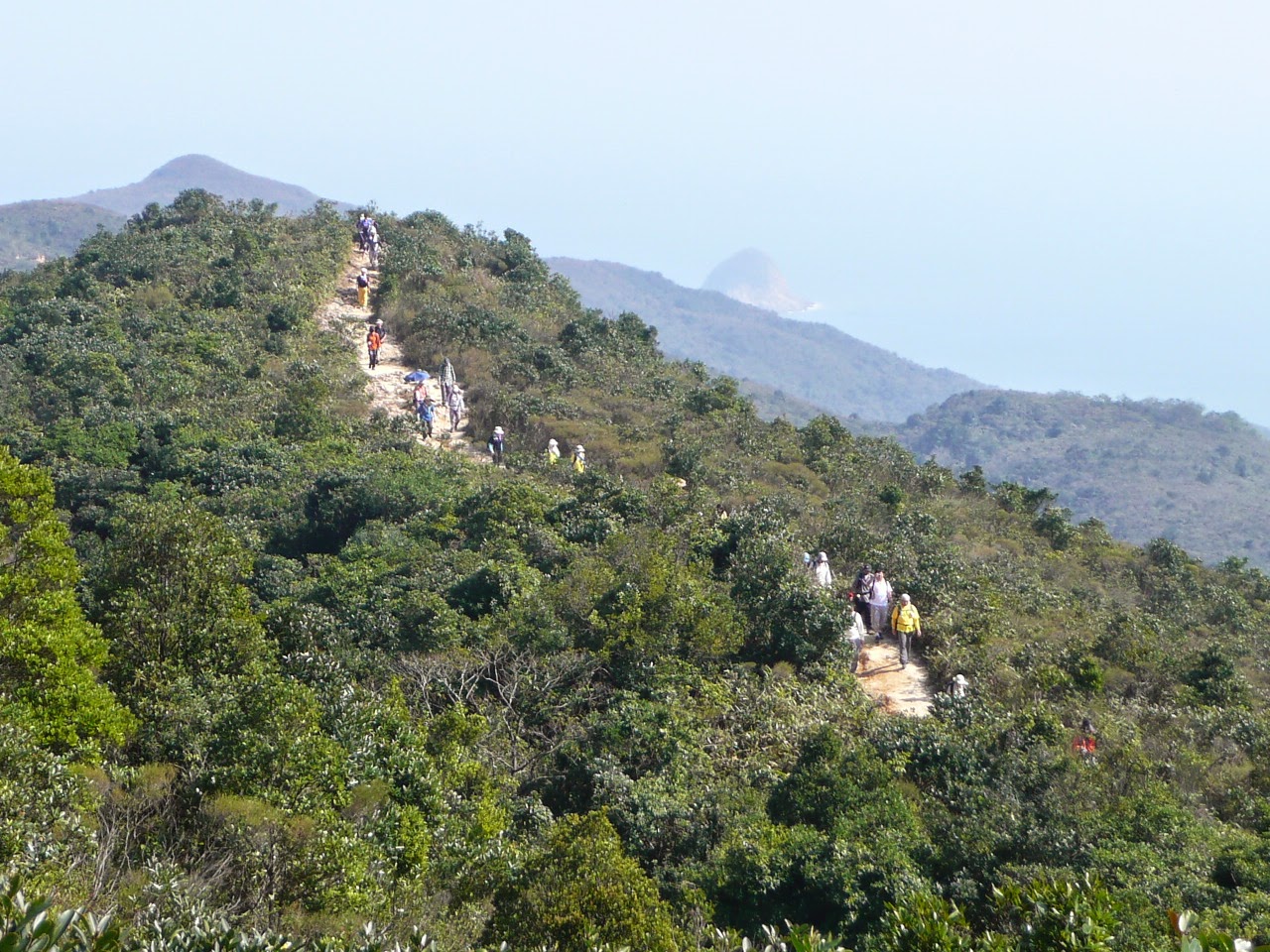 Nonetheless, as this photo clearly shows, this trail
appears to be pretty popular! 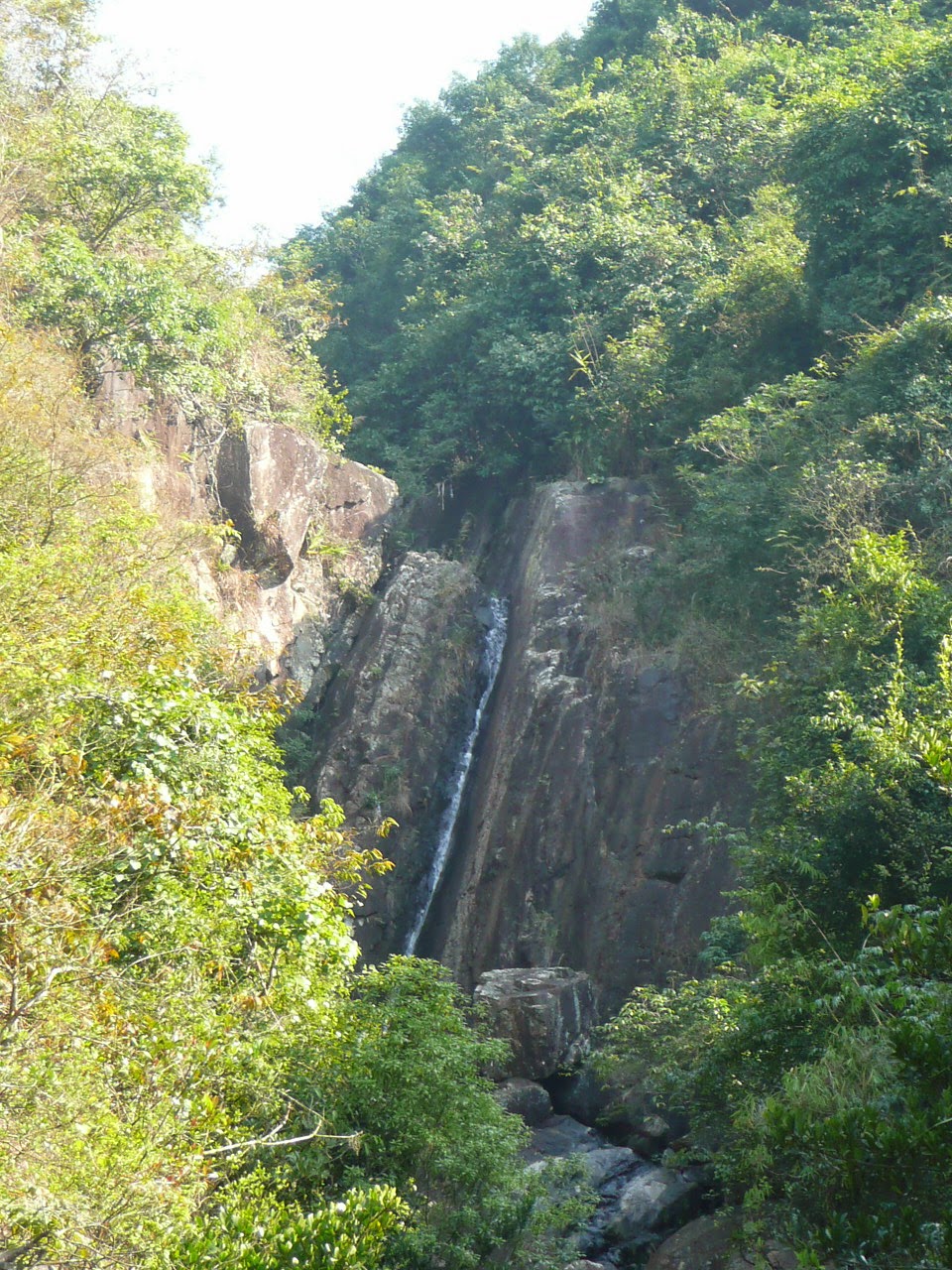 I'm sure sights to be had along the way like this
contribute to this particular trail's popularity :)
Posted by YTSL at 11:56 PM

I always enjoy any of your Sai Kung entries, especially of the Luk Wu Plateau Trail, which looks like a special hike indeed...Of course, I love re-visiting your past photos of the crested tree lizard, a reptile which somewhat enchants me...I refer to it as the Guardian of Luk Wu Plateau...I think its tough armored body is a kind of metaphor for the strength I get from the natural world.

Sai Kung is indeed home to many lovely hiking trails, including those that take one up to Luk Wu Plateau. Re that lizard: if I hadn't taken photos, I may not believed that I saw it -- it really was an unusual sight to encounter in Hong Kong! ;b