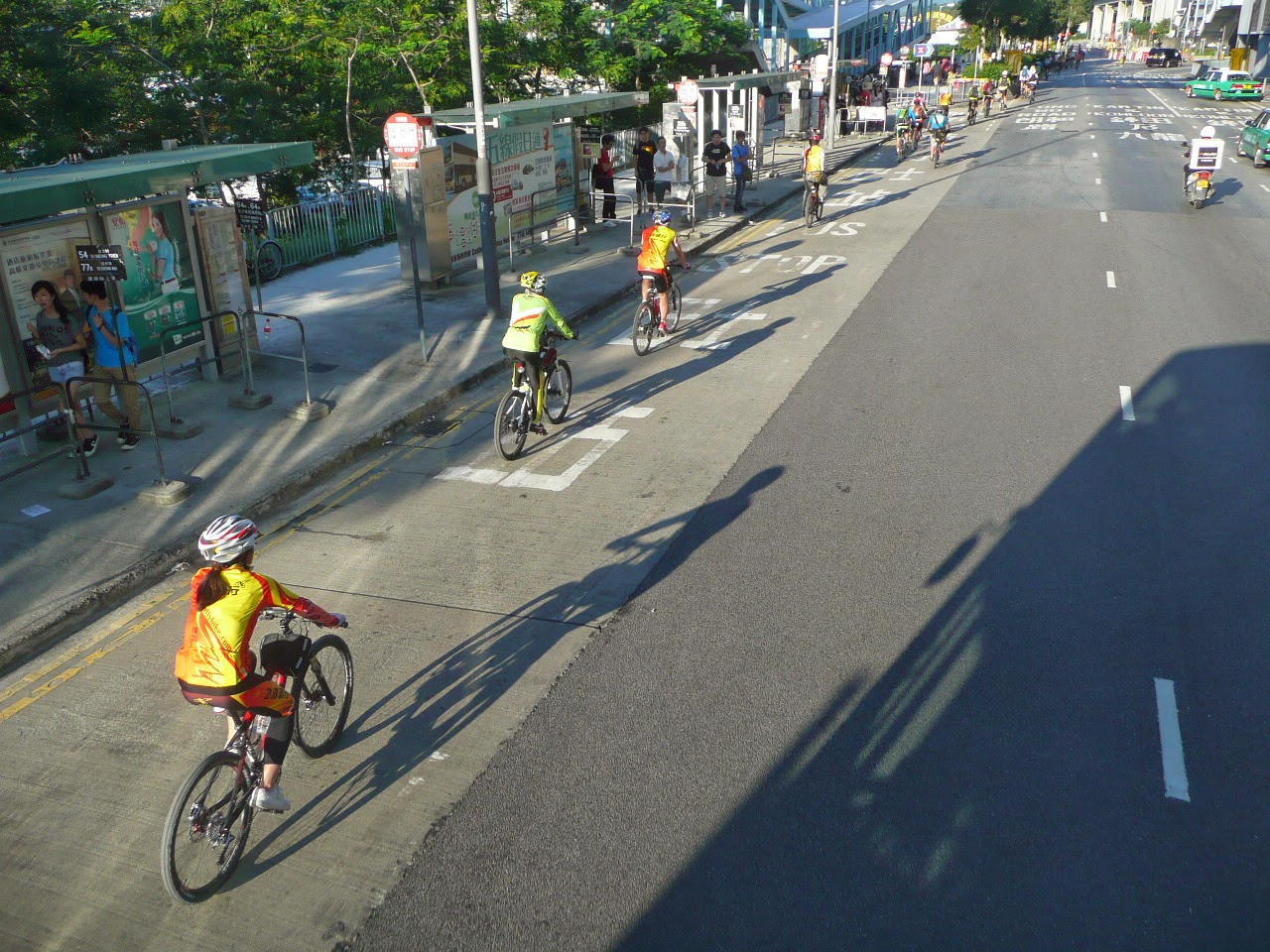 Not so long ago, those cyclists may have looked up
to, and wanted to emulate, Lance Armstrong
-- but I doubt that's the case now

I'm one the millions -- possibly billions even -- of people who know how to ride a bicycle but I've never been a major cycling enthusiast who did things like watch cycling races on TV, never mind live.  Even so, I definitely had heard of Lance Armstrong and his being a multiple Tour de France winner years before this documentary was made and the unfolding of the scandal that it ended up covering even though director and narrator Alex Gibney had actually aimed to film a story with a happy ending.

To hear Gibney tell it, it was a case not so much of being at the right place at the right time but being able to turn what had looked to be a disaster for him and his film (as well as Lance Armstrong) into something positive.  This is because the documentary filmmaker had got the American sporting legend's agreement to be provided with filming access as he chronicled the photogenic individual's 2009 comeback bid but then also ended up being on hand to document the cancer survivor's fall from grace due to his finally being stripped of his seven Tour de France titles (and subsequent finishes, including the 3rd place one in 2009) and being banned for life from competing in bicycle races.

By themselves, the recorded interviews with Lance Armstrong are pretty interesting -- with the one in which he sat down and confessed to Oprah Winfrey on her TV show his having previously lied about taking performance-enhancing drugs making for particularly stunning viewing.  Still, the real emotion in The Armstrong Lie looks to come much more from the beautifully shot action footage of Armstrong in a competitive setting -- which there nonetheless is too much of in this slightly over 2 hour long production that would have benefited from being trimmed down by at least 15 minute.

Also included in this work is footage that shows how dangerously close to the cyclists the often eccentric looking Tour de France followers get -- and how all this contributed to a manic, surreal atmosphere where people got to feeling that being daring and foolhardy, and flouting laws and rules, were the admirable things to do  -- while the interviews with others (including former teammates and the doctor who devised Armstrong's drugging regime along with journalists and writers who've covered the world of competitive cycling) help provide the story with further invaluable information and context, though some of them do end up being on the repetitive side message wise.

When all is said and done, the portrait painted here of the world of competitive cycling is pretty unsavory -- with the general conclusion being that pretty much everyone who seriously wanted to win a super demanding race like the Tour de France took performance enhancing drugs and that Armstrong saw himself as doing what others did, only better (as in more efficiently).

And although Gibney does show his film's subject to not entirely be a demon (especially with the suggestion that Armstrong really cared about wanting to help fellow cancer survivors) and also someone who really did work very hard to try and achieve his goals, it's also clear enough that the now disgraced sportsman's almost rabid will to win, whatever it took, did prove to be a major factor behind his downfall.

Interesting review. : ) Sounds like the film is good but not great, which is a shame considering the story is one of the biggest scandals in sporting history.

A good review Yvonne! I love cycling (but competitive only on the armchair, LOL) and I was one of his 'devastated' fans when he first confessed to Oprah...

I had not even heard of this movie. Good review! I am not much of a cycling fan but I remember being shocked when I heard about the scandal.

HI YTSL -- I wanted to see this documentary but glad you managed to see it... sounds like it was a bit of a drag for it to be repetitive, but interesting nonetheless.

Yeah, my feeling re "The Armstrong Lie" is that it's got an interesting subject but a better filmmaker would have made the film much more interesting.

One of the more interesting points made in the film is how doping is super prevalent in competitive cycling. Sad but also fairly understandable given that this 'sport' is one that makes great physical demands on its athletes.

Don't get me wrong, the documentary is watchable -- but yeah, it can feel on the padded out side... ;S