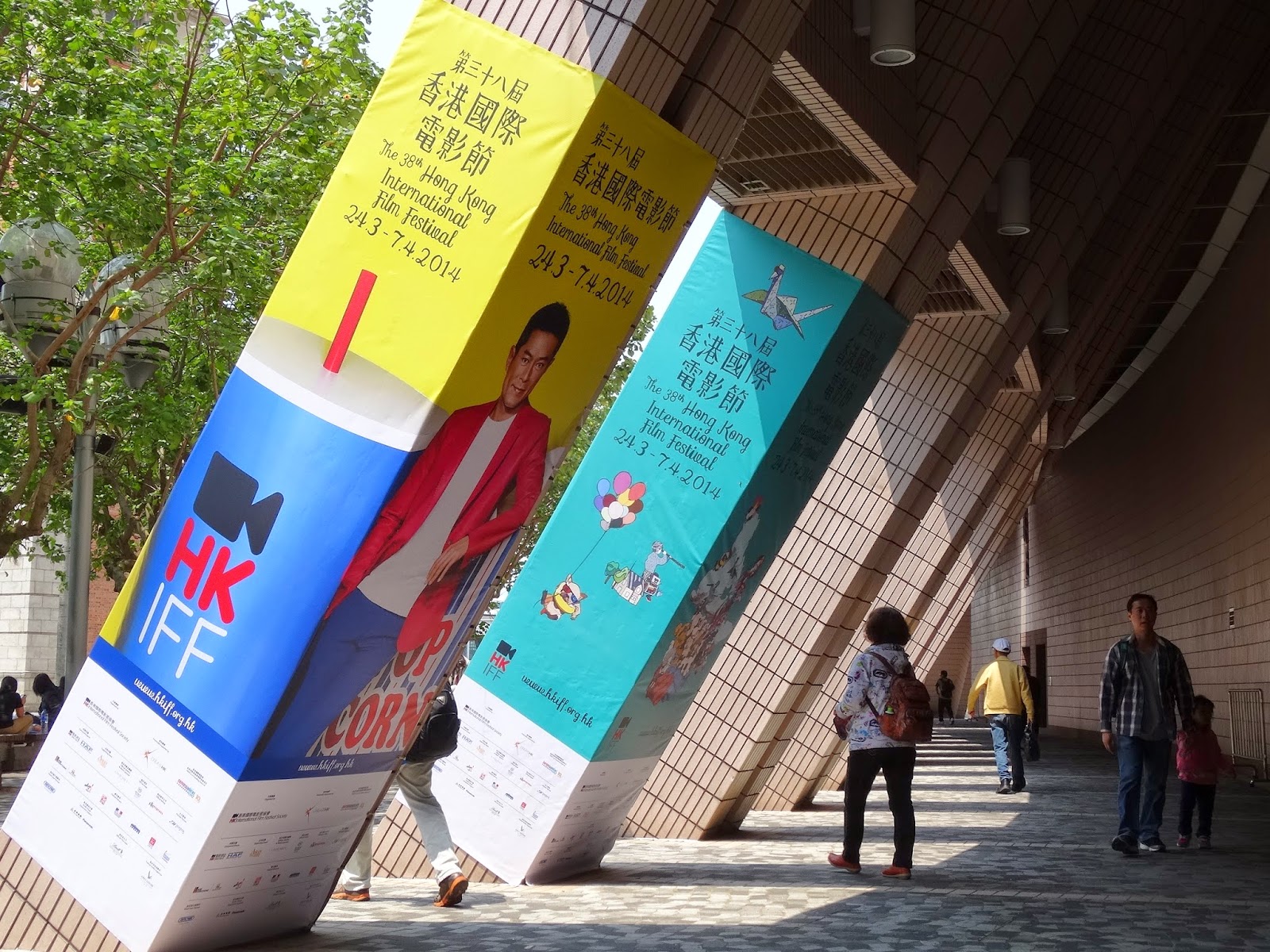 The 38th Hong Kong International Film Festival ended
this past Monday but my HKIFF coverage continues!

I wonder if it's a sign of my increased age that the three films that I most looked forward to viewing at this year's Hong Kong International Film Festival were made in the 1950s: i.e., Dial M for Murder (1954), Late Autumn (1960), and Rebel Without a Cause (1955).  As it turned out though, while Dial M for Murder and Late Autumn stood the test of time for me, Nicholas Ray's drama about disaffected American youth worked better for me when I watched it back when I was a teenager myself than this time around.

For one thing, whereas I previously could accept the then 20something James Dean as a high school student,  he now appeared on the old side to play Jim Stark, the troubled teen with obvious daddy and mommy issues -- on account of his father (Jim Backus) being too passive and not "man" enough for the son's liking and the mother (Ann Doran) being too shrilly overbearing.  More significantly, whereas I previously empathized with -- maybe identified with -- Jim Stark and his disaffection with society and his parents, he now came across as on the whiny side and also being insufficiently unsympathetic -- and even on the conservative side! -- with regards to how he perceived that men in his father's position should behave!

With regards to the "whiny" element: I had a similar reaction when re-watching the original Star Wars on its 25th anniversary -- i.e., whereas I had previously identified more with Luke Skywalker and thought that the older Han Solo was a blowhard, the second time around, I found Luke to be on the bratty side whereas Han now came across as quite the attractive hunk!  Put another way: it's not the movie that had changed, but me -- and consequently my perception of the film!!

Close to 60 years after Rebel Without a Cause's original release, certain elements in the movie also either become clearer -- or are likely to be looked upon very different from when the film first came out.  I'm referring, of course, to the way that Plato (Sal Mineo) looks upon Jim appearing to have homosexual undertones and it being far more understandable -- at least to me now -- why Judy (Natalie Wood) upset her father (William Hopper) with her wanting to still kiss and hug him the way she had when she was younger.

While these elements make the viewing experience more interesting, they also get one wondering how much of this was actually intended by the film's makers.  In any case, the portrait painted of middle-class suburban American youth comes across as quite a bit more troubled and alien(ating) than should be expected for a film from the 1950s, supposedly an era when life was more conservative and stable than they would become in succeeding decades.

At the same time though, there's no denying -- even when viewing Rebel without a Cause for a second time so many years later -- that James Dean had a magnetism and charisma about him that was extremely attractive.  As with another film legend in Bruce Lee, it's such a pity that he died so young -- before this particular offering was released even -- because he was the sort of actor who truly had a special something that went far beyond good looks, stylish poses and cool attitude.

I think your 7.5 rating for Rebel Without a Cause is fair because this film may have dated elements about it and at times becomes a strained melodrama. However, younger viewers might relate to aspects of the rebellious nature of James Dean. Your comparison of him to Bruce Lee is one I have also made myself since both of these legends were cut short just as they were gaining momentum...However, neither one of them could quite project the kind of mature, amazing acting depth of Ruan Ling-yu at only age 24!

What stays in my mind as much if not more than the acting in Rebel Without a Cause, is the iconic Griffith Observatory, overlooking the Los Angeles Basin (seems innocent compared to Lynch's Mulholland Drive).

Yeah, it's not only that the film's dated but also the fact that I'm older now that's made "Rebel Without a Cause" seem like a lesser work to me upon my second viewing of it.

Amazing to think that both James Dean and Ruan Lingyu died at the young age of 24 -- especially when one considers how long-lived has been Setsuko Hara, still alive -- touch wood -- and aged 93 years this year!