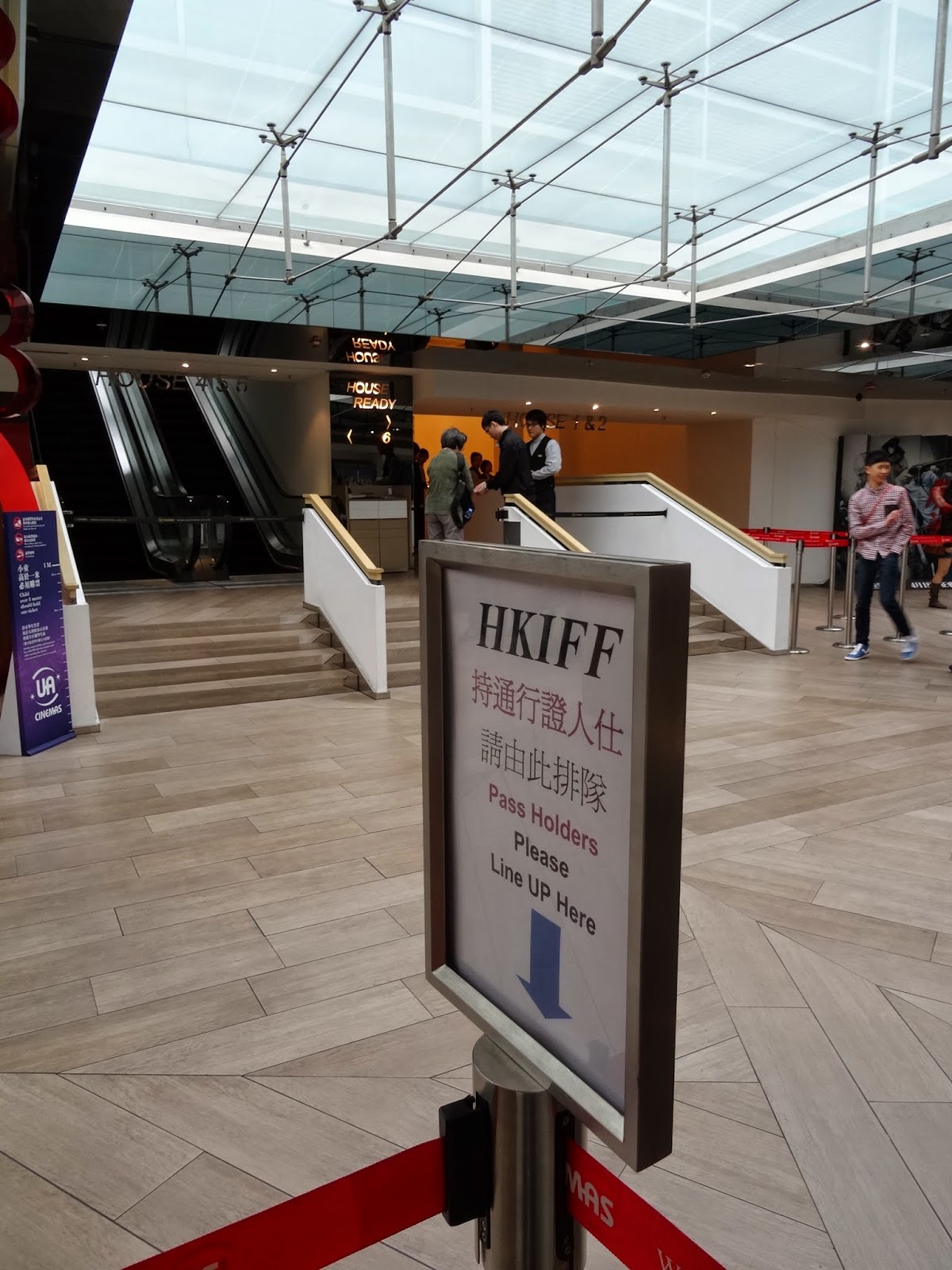 For those who don't know already: Asian films won big at the Berlin International Film Festival earlier this year, with mainland Chinese works doing particular well.  Of the three mainland Chinese films that featured in the official competition, Black Coal, Thin Ice came away with the Golden Bear and the Best Actor Silver Bear (for Liao Fan) while Blind Massage's cinematographer, Zeng Jian, was awarded a Silver Bear for outstanding artistic contribution.

On the face of it, it may seem ironic, even weird, that a drama about a group of blind masseurs would possess award-winning visuals.  But Zeng Jian's genius lies in his having incorporated depictions of the world the way that people who are visually challenged -- but not 100 per cent blind -- perceived it along with the sort of views of the world that sighted people possess.

Also technically impressive is the use of sound in this film, including in a sequence when there's a blackout in the building that houses the blind massage center.  In addition, I found the decision to go for a cast that included blind as well as sighted actors and actresses to be interesting -- and to have strengthened the drama's semi-documentary feel.

On the other hand, two elements got in the way of Blind Massage coming across as a thoroughly realistic depiction of blind people who found employment as masseurs.  The first and lesser factor is the inclusion of an actor and actress who are too good-looking to pass for ordinary folk in Qin Hao and Mei Teng (with my familiarity with the latter by way of her having also appeared in Dante Lam's Unbeatable causing her presence in the film to be unduly distracting).  The second and bigger factor comes from the drama's director and his scripwriter spouse being too fixated on showing (blind) people being unhappy, to the extent that the work becomes way too emotionally unbalanced.

Put alternatively: I realize that blind people have difficulties and problems that sighted people don't.  However, I also am sure that they are capable of leading lives that are happy and fulfilling.  On a related note: certain of the blind characters are Blind Massage are depicted being lustful in ways that make them seem more like brutes than 'regular' human beings.  Something else that I couldn't help noticing was how the film focuses on the unhappier members of the blind massage center rather than those who appear to have fewer problems in their lives.

I remember a director telling me some years back that it's easier to make interesting films about troubled, unhappy people than untroubled, happy folks.  But Lou Ye really does appear to have gone out of his way to go for a darker (no pun intended) portrayal of the lives of blind masseurs, even while, via a voiceover, the film's audience is told that the story was set in the golden age of blind massage!

The result, at least for me, is a work that's got a lot going for it technically but is not only dramatically less interesting than it otherwise could have been and also not an easy watch.  Perhaps most damningly, I can't shake off the feeling that the decision to emphasize the unpleasantness of these blind Chinese people's lives was motivated by a sense that doing so would make it more attractive to international film festival audiences, the way that I've often felt was the case with Chen Kaige and Zhang Yimou's critically acclaimed -- but not shown at home -- earlier works.

Doesn't sound like this is a film I'll enjoy because films that focus on unpleasant characters don't really appeal to me. Thanks for the nice review though, YTSL. : )

Better than I watched it than you, right? ;b