At the risk of sounding anal, I actually keep a hike diary in which I record details about the hikes I've gone on in Hong Kong such as the date, place, who went on the hike with me and various other bits of information.  In addition, I'm one of those people who owns a pedometer -- and while I don't wear it on weekdays, I do so on weekends, and do get some satisfaction out of seeing that pretty much all the days when I hike, I take over 15,000 steps and even have been known to go past the 25,000 step mark on hike days!

Thus it is that I can tell you that on the day that I trekked with two friends from Shing Mun Reservoir to Yuen Tun Ha via Lead Mine Pass (i.e., along the southern section of the Shung Mun Reservoir Walk and all of the Wilson Trail's Section 7), the visibility was only around 8 kilometers but my friends and I nonetheless hda a pleasant time -- and I satisfyingly clocked up over 27,000 steps on my pedometer by the end of that day! ;b 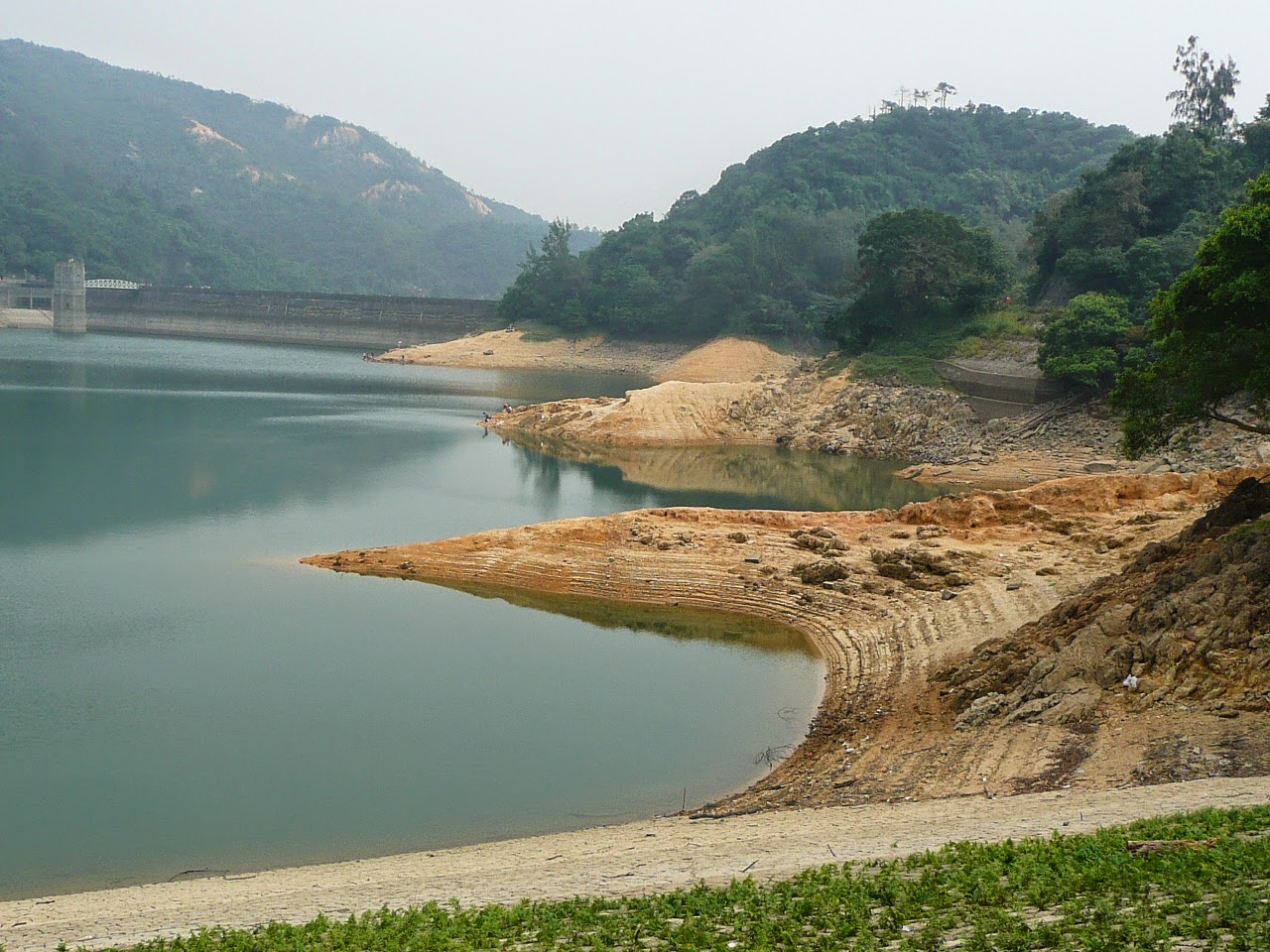 I didn't make a note of it in my hike diary but from
the above photo, one can see that the water level was
on the low side at Shing Mun Reservoir that day 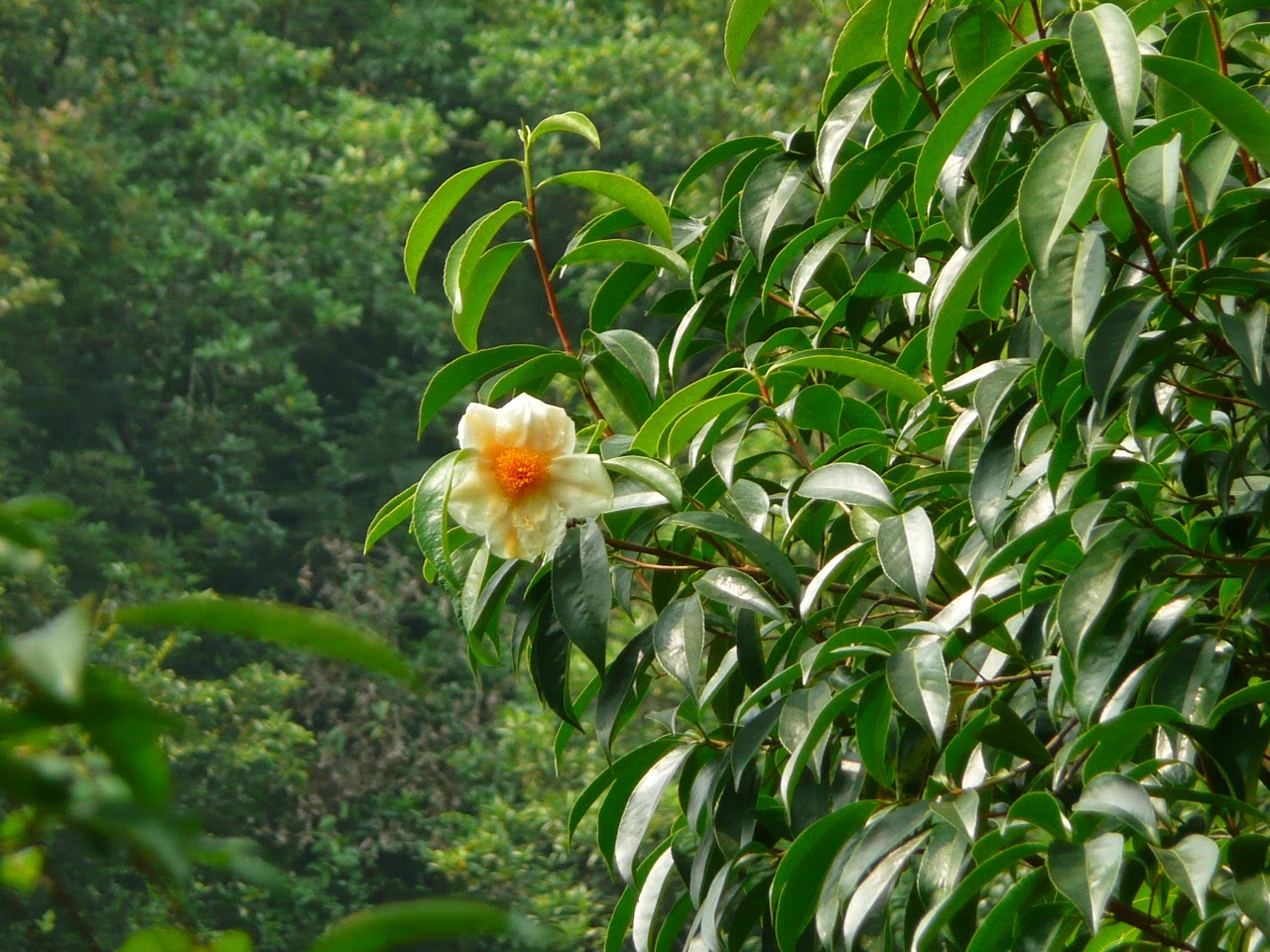 On hazy, low visibility days, anything that's
brightly colored stands out and is pretty eye-catching... 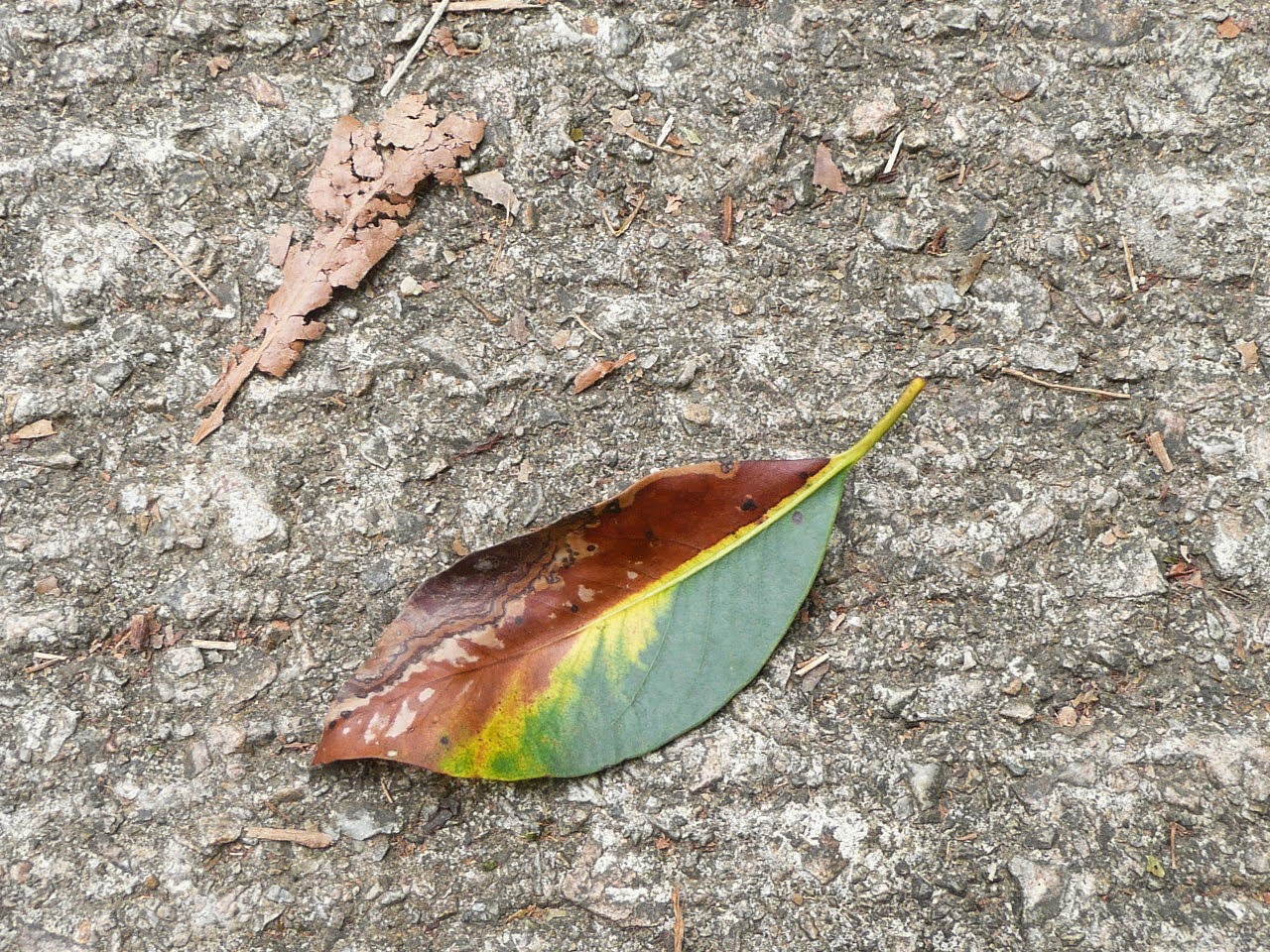 ...including this leaf that had fallen onto the ground! 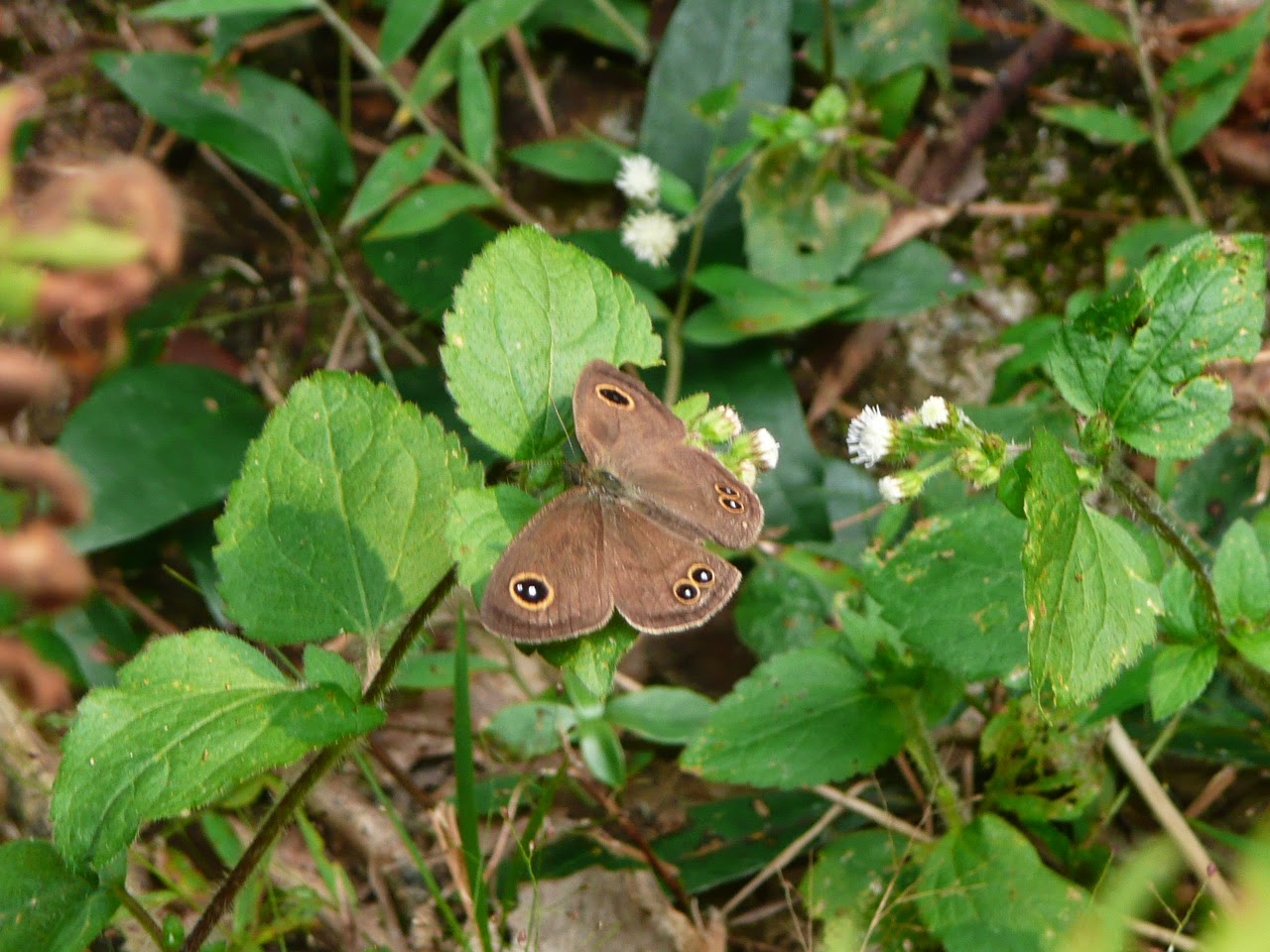 The Common Five Ring butterfly may not be rare nor even
particularly colorful -- but I like spotting it all the same! 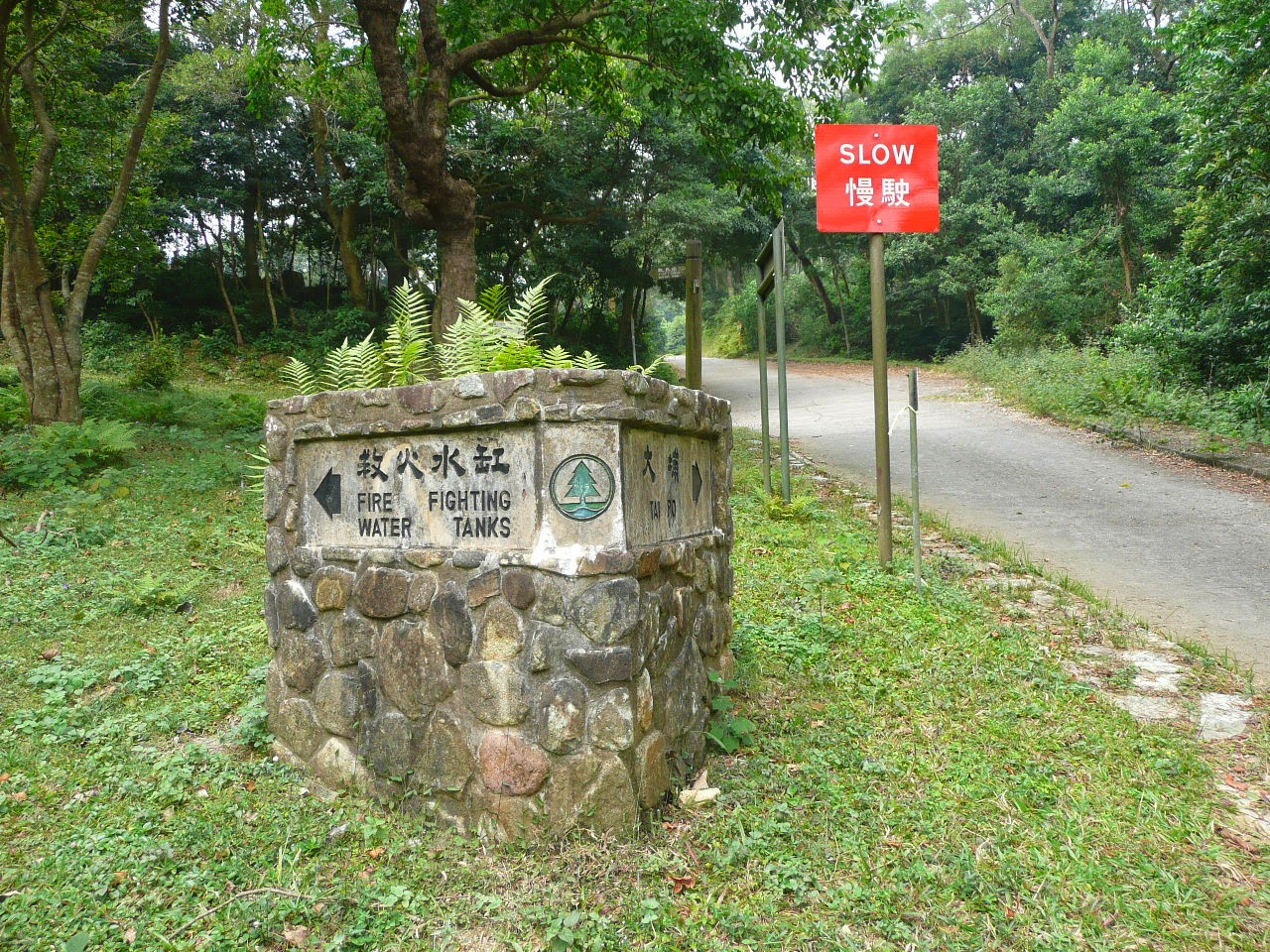 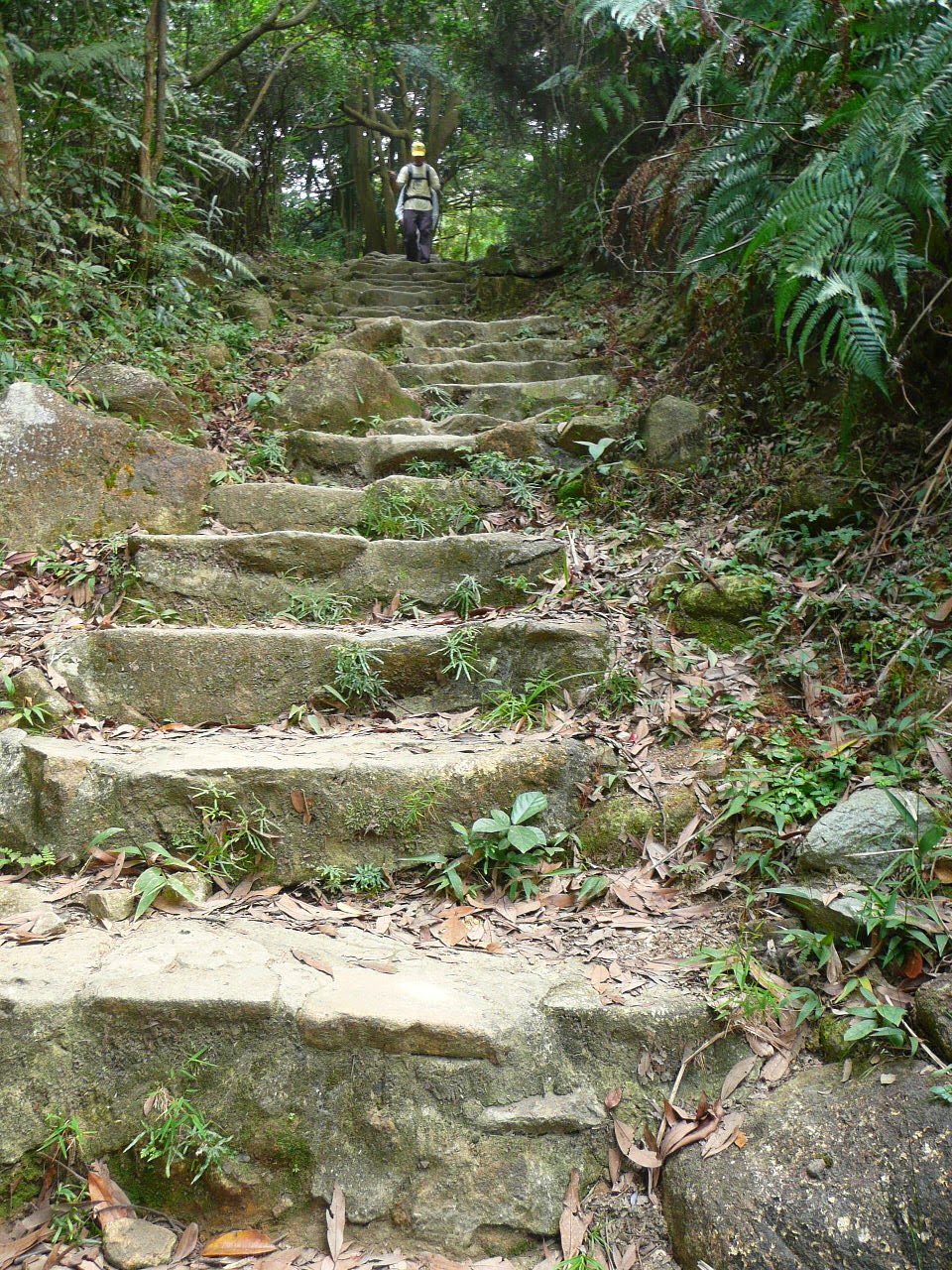 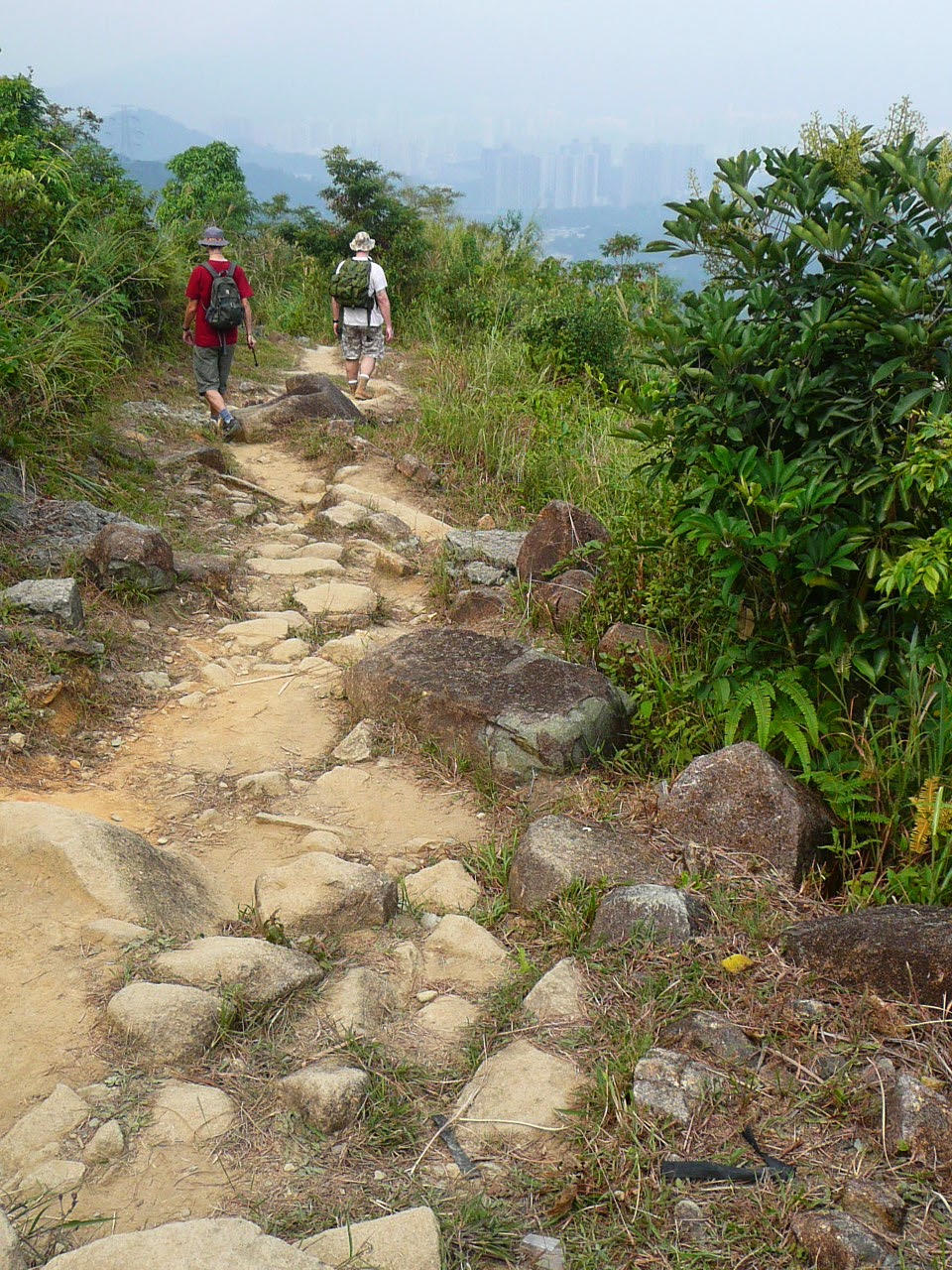 Tai Po town, our destination that day,
is (just about) visible in the hazy distance! 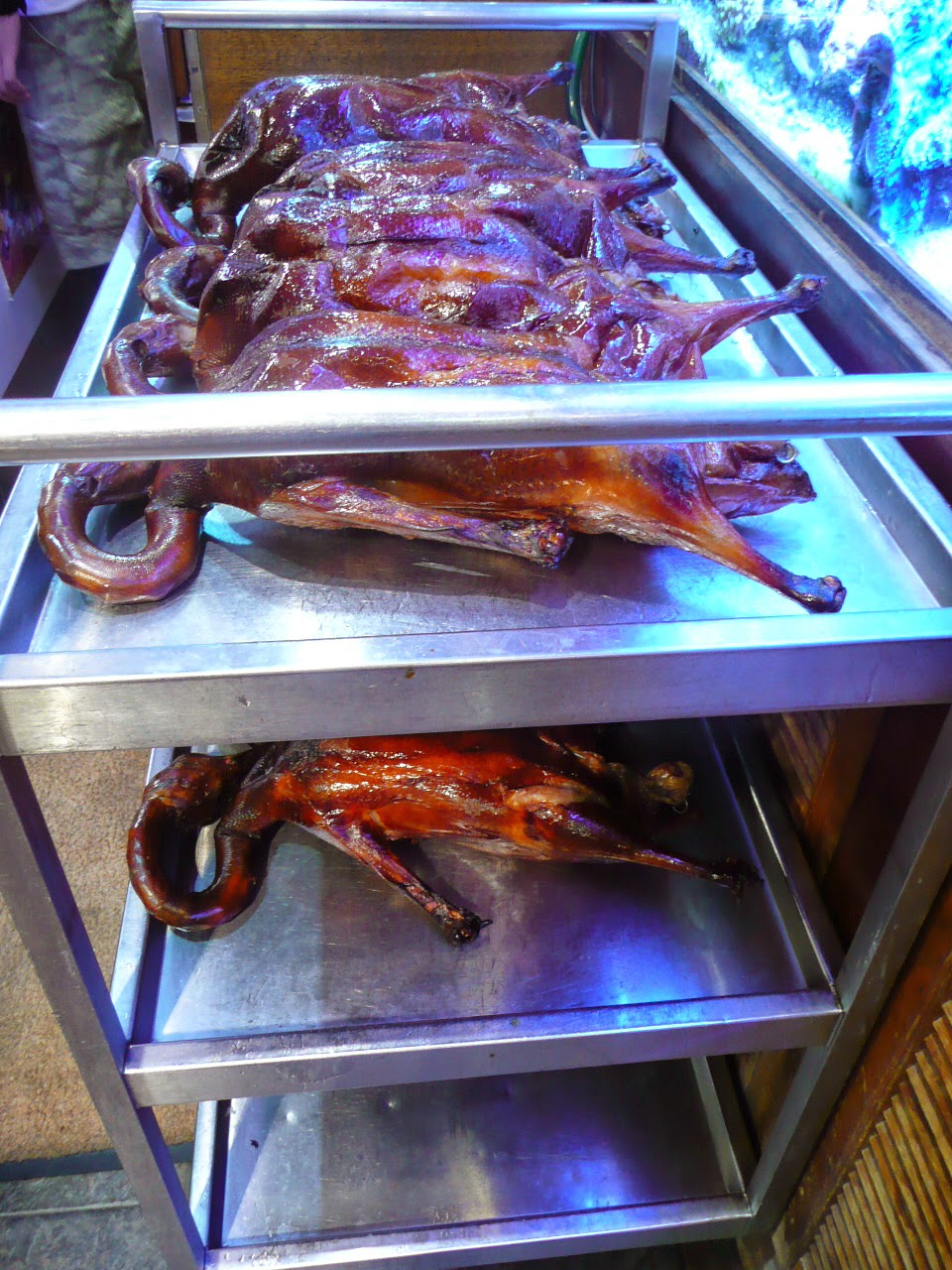 Lest any wonder, yup, we ended up at
Yat Lok for a tasty roast goose dinner! ;b
Posted by YTSL at 10:50 PM