From Shek Kong to Ma On Kong (photo-essay)

It's not common in Hong Kong -- or, I'd wager, anywhere else for that matter -- for a hike to begin near the entrance of a military base. But such was the case earlier this year when my regular hiking companion (i.e., the self-described fuzzyflyingbunny) and I went from Shek Kong to Ma On Kong along an 11 kilometer long trail that began near the People's Liberation Army's Shek Kong Barracks one grayish but pleasantly cool day.

For the most part though, the sights on view during the hike I've been in Hong Kong were largely civilian or actually non-man-made in nature. But considering that the trail followed a catch-water for much of the way, and thus was over generally flat terrain, the hike yielded a nice variety of visuals that caught our eye and that we decided were worthy of capturing on camera -- such as the following images:- 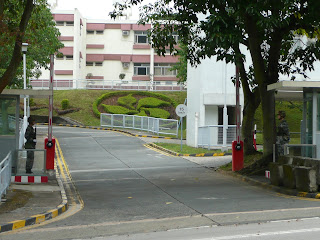 Sentry duty must be pretty uneventful in this area
-- after all, I don't think hikers are that difficult
to keep at bay from the restricted area! :D 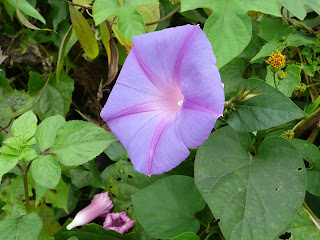 Morning glory flowers may be a relatively
common sight in Hong Kong but I often
find them glorious to behold all the same :) 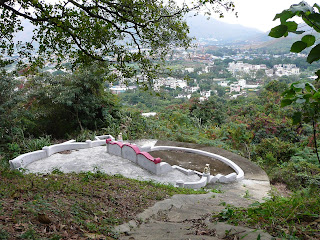 Considering the view from that grave, I am inclined
to believe that this is the final resting place
of an influential elder of a village in the plain below 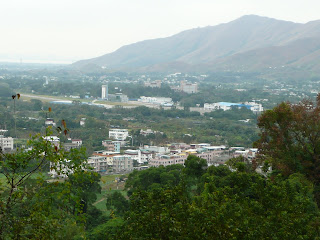 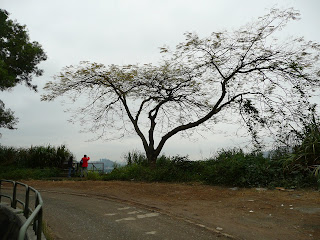 I like this photo for the tree in it but also the two people
who stopped to admire the view the way
that my regular hiking companion and I are apt to do ;b 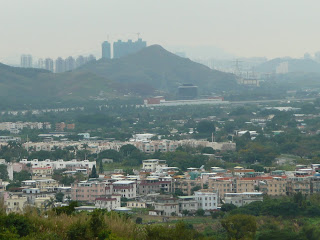 Yes, we could see high buildings - but only
in the distance for we were in an area
closer to nature and lower-rise rural dwellings 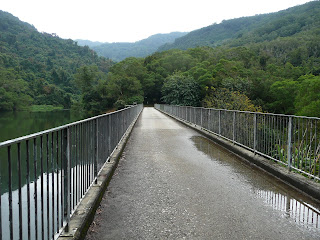 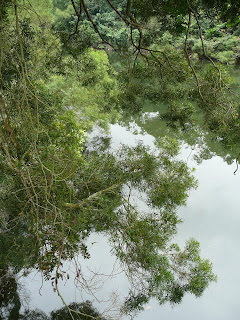 To be continued (since the above batch of photos only take one to about the halfway point of the hike)... :b

A very interesting post ... as always. And the shots are amazing!

Glad you like the post -- and hope you will come back again later to check out the (upcoming) photo-essay chronicling the rest of the hike! :)