Critter spottings and green views up on The Peak (Photo-essay)

A couple of weeks have passed since I last went hiking and it's been even longer since I last put up a hiking photo-essay.  Since there's no time like the present to resume doing the latter again, here's going ahead and offering up snaps taken on a hike with a friend that began and ended near the Peak Tower on Victoria Gap, and saw us going along Lugard Road and then The Governor's Walk all the way up to where Mountain Lodge, the Governor's summer residence on the Peak, used to be.

Like the first hike that I went on up there, I spotted a number of interesting looking critters along the way.  This time around, however, I knew to also expect to see quite a few other people up there since there's a road up there on which cars can go.  Still, the area is an oasis of calm compared to often over-crowded Victoria Gap, with its Victoria Peak Garden being a hidden treasure that few people seem to know about (for now)... 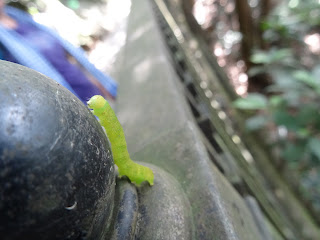 Thanks to my having made various caterpillar spottings in the area,
I've come to look at The Peak as Hong Kong's Caterpillar Central! 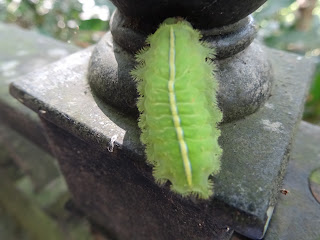 One of the fattest caterpillars I've ever seen! 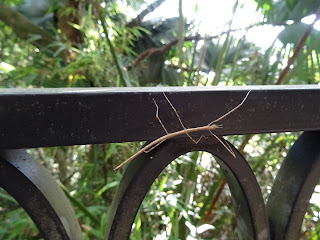 Stick insects also hang out on The Peak 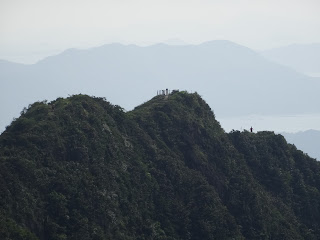 Looking west over to neighboring -- and more rugged -- High West 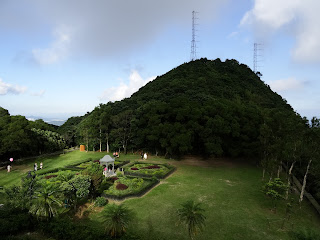 Part of me realizes that I should have let this pair have some privacy
but I couldn't resist snapping a photo of a couple who look
to have a sense of fun as well as romance ;b 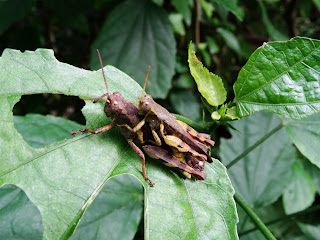 On the subject of couples: what price this shot of
a pair of coupled grasshoppers? ;D 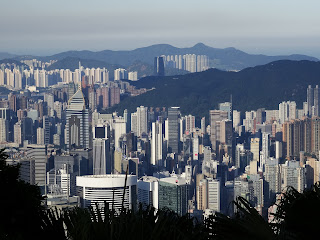 Last but not least: the requisite landscape shot
of urban Hong Kong from the Peak :)
Posted by YTSL at 10:33 PM