Off the beaten path near far more touristy parts of Hong Kong! (Photo-essay)

Many years ago, I had a conversation with someone who, after visiting Hong Kong a couple of times as a tourist, claimed to know it like a native.  "How different can the local and tourist views be?", he challenged me to tell him at one point.  Among the things I went ahead and pointed out to him was that there is so much more to Hong Kong than what appears on tourist maps.  Something which I didn't even get to telling him was that, even in the areas covered on tourist maps, you can turn a corner or veer off the beaten path and suddenly find yourself on the road less travelled, especially by tourists.

Take, as an example, the Ngong Ping plateau on Lantau Island (as opposed to the less well known Ngong Ping plateau in Ma On Shan Country Park).  Home to the Big Buddha, it is accessible via a number of hiking trails as well as (more easily) by bus and the Ngong Ping 360 cable car ride.  But while the areas near the Po Lin Monastery and Ngong Ping 360 Village (which is much less of a real village than artificial tourist trap) are often full of tourists, once you get on a hiking trail just steps away from them (including that which leads all the way down to Tung Chung), the crowds will suddenly become non-existent and you'll feel as though you've entered a different, more enchanting world... :) 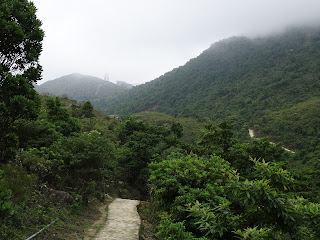 Hike a few minutes away from the hustle and bustle of
the touristy parts of Ngong Ping and you'll be here... ;b 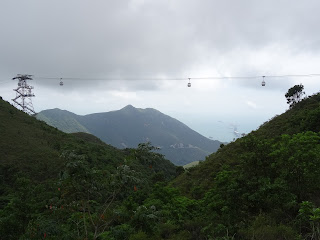 It can be as quiet at ground level in this area of Hong Kong
as it is several meters above it in a cable car ;b 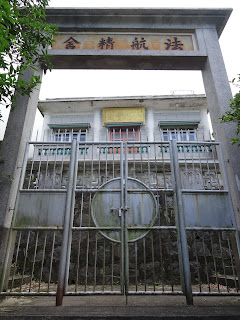 On the way downhill, one passes by quieter monasteries
and spaces set aside for spiritual retreats 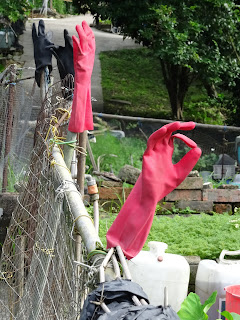 One of the rubber gloves set out to dry atop a fence by a farm plot
seems to be seeking to assure us that everything's A-OK! 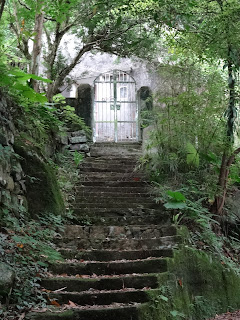 Most definitely not your usual Hong Kong abode 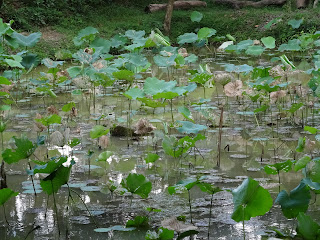 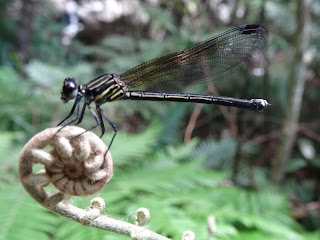 Beautiful damselflies abound in this part of Hong Kong :) 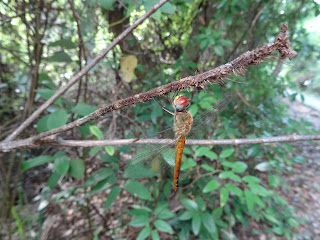 On this hike, I was happy to find a colorful dragonfly
that willing to pose for photos too :)))
Posted by YTSL at 9:51 PM