My 10 favorite movies (for the moment?) 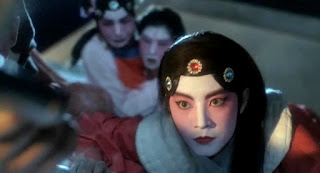 A screenshot from one of my 10 favorite movies
-- this one a 1986 offering from Hong Kong :b 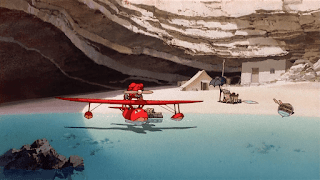 A screenshot from another of my 10 favorite movies
-- this one a 1992 offering from Japan :)

For the past 10 days, I've been posting images related to my ten favorite movies on my Facebook account timeline.  (Yes, I finally joined about a year ago; and no, I don't go by YTSL there.)  Opting to go with screenshots rather than movie posters, it was intriguing to see whether my choices of movies could be identified by others; this particularly since I decided to also go with the "no explanation needed" part of this meme that a friend had nominated me to take part in.

Pretty much right off the bat, there were six films that I absolutely knew that I'd be including in my list while a number of other movies completed for the remaining four slots and my finding it quite difficult to limit my choices to just 10 in the end!  With the caveat that these are my 10 (current) favorite movies (rather than the 10 best films I've ever seen), here's going ahead and sharing my list here:-

As those who know me will know full well, I could easily have named just Hong Kong movies for this list -- and I know that if I had done so, not all of them would have had cross-dressing women in them!  Also, yes, I actually consider it rather admirable that I only had three films starring the great Brigitte Lin Ching Hsia (aka Lam Ching Ha) and one starring Setsuko Hara -- that wasn't directed by Yazujiro Ozu to boot! -- in the mix.

While I will continue to adher to the meme's "no explanation needed" directive, I'd like to share the following observations I made about my selections over the course of my compiling my 10 favorite movies list (and do welcome comments about them):-

1) Six countries are represented in the list.  Of these, I've lived in four of them, visited another more than 20 times now, and have never set foot in the last (but am indeed interested in doing so at some point);

2) 57 years divides the years of release of the oldest film in the list and the newest (which is 12 years old already this year).  And half of my 10 favorites having originally release dates in the 1990s, the last decade of the 20th century appears to be my favorite cinematic decade; with the 1980s coming closest in this particular "race".

3) I definitely do have a proclivity for films with strong female characters, if not female protagonists.  At the same time, a lack of major female characters won't put me off a movie if there are other things about it that I like/love and can relate to.  And while people are inclined to assume otherwise, there actual are films out there that give females plenty of (quality) screentime even while they are directed by males!

4) I am reliant on subtitles to help me understand the majority of my 10 favorite movies.  I really do feel that my movie diet would be so much more poorer if I just stuck to watching films in languages I can understand -- and especially so if I limited myself to watching movies from my home country.

5) Over the years (and decades), I've viewed a number of films I rate really highly but found so traumatic that I don't feel like I want to ever watch them again.  Some of them would make my "top 10" list but since I took "favorite movies" to mean movies I'd happily watch more than once (and have indeed done so for the vast majority of them), those weren't included -- and I think that thinking has played a part in my having zero war films in the mix and quite a few more romance-themed offerings than I thought there would be! ;D
Posted by YTSL at 8:22 PM

Of all the great films to come out of Hollywood, American President! Sheesh!

As I explained (to you and others previously on Facebook), this is a "favorite movies", not "top movies" list. Also, if it makes you feel better, if I were to make the list now, I'd take out "The American President" and replace it with "School of Rock". Would that make you happier, I wonder? Probably not! ;D

Actually much worse! What's next? The Wedding Singer?

I actually like Adam Sandler! But, don't worry, no re "The Wedding Singer". :D