I went to a travelling exhibition of ningyo this afternoon and was thinking of blogging about it -- but then I realized that I've yet to finish blogging about my most recent trip to Japan; one undertaken more than three years ago now!  Truly, when I visited back in October 2019, I had no idea that I'd not be spending time in my favorite country to visit for so long.  And yes, I miss it so; this not least because, like with every other trip to the Land of the Rising Sun, I came away from it with great memories -- some of them so vivid that, in some ways, it doesn't feel like it was so long ago that I was having the experiences that I continue to so fondly remember.
For example, I can pretty vividly remember details of the hotel I stayed in at the historic Yamaguchi prefectural town of Hagi; one that resembled a ryokan in many ways more than its English name (which does have the word "hotel" in it) would suggest.  Sadly, the pandemic appears to have put paid to the establishment's existence.  On the other hand, I'm sure it's safe to say that the two temples I visited on my final day in Hagi are still around; this not least since they 've been around for centuries already -- with the fist one I visited (and the one that's the subject of this photo-essay) having been in existence already in the final decade of the 17th century! 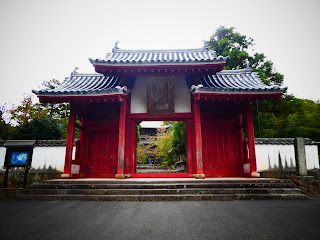 The impressive entrance of Tokoji, a Zen Buddhist
temple which was founded in 1691 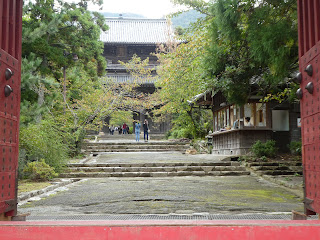 Get closer to this gate and you'll be presented with this sight
(Note the hut in which its ticketing office lies, and that Japanees
Buddhist temples often charge for entry but Shinto shrines never!) 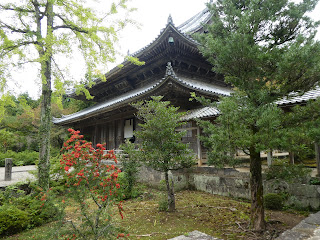 The temple has a main and other halls... 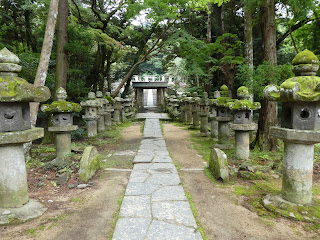 ...but most visitors, including yours truly, make a beeline for
its atmospheric graveyard which lie behind the temple buildings! 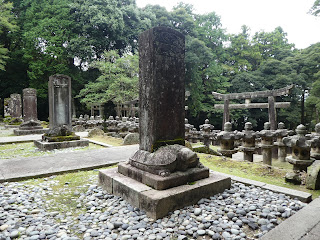 Actually, I say that but I had the graveyard pretty much all
to myself (bar for the dead buried there, that is) when I visited! :O 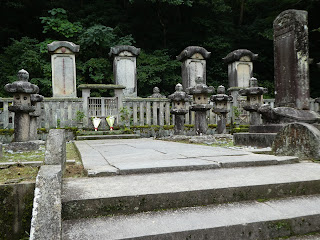 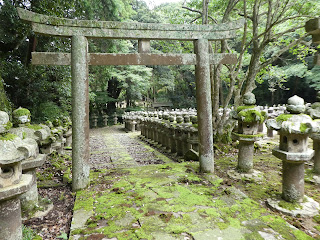 More than three years on, I remember how impressive the graveyard
(of one of the family temples of the powerful Mori clan) was,
and also how rather eerily quiet the place was too :S 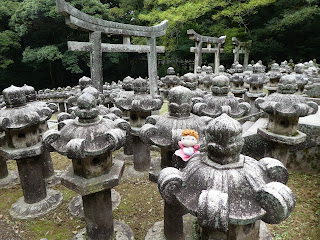 So, actually, it was nice to have Puppet Ponyo with me
for company -- and let's face it, she also does add color
to pictures wherever she goes, including graveyards! ;D
Posted by YTSL at 11:58 PM