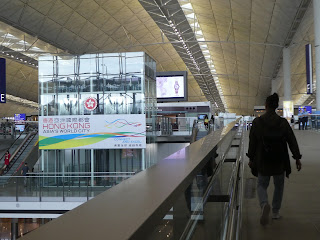 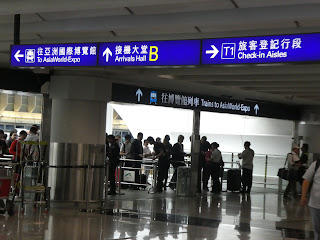 My apologies for the recent radio silence but I decided it would be a good idea to take some time off from being online and also being in Hong Kong.  So two Tuesdays ago saw me flying off to Japan once more; this despite my not yet having finished blogging about my May trip to the Land of the Rising Sun!
Despite my still having protest dreams and nightmares pretty much nightly, I actually do think that this short break was helpful as well as enjoyable.  And yes, I do feel that it's important these days to be mindful of one's psychological along with physical health -- as the past few months of protest and trouble in the city I have called home for some 12 and half years now have had quite the negative impact on many people's mental health.

Upon my return, I found that among the things that had happened during the little more than a week that I was away were: Civil Human Rights Front convenor Jimmy Sham having been attacked by assailants armed with hammers on the same day that Hong Kong Chief Executive (in Name Only) Carrie Lam gave a policy address partly through video that few people were happy with; and hundreds of thousands of people once again defying a march ban to go out and protest, with inevitable police over-reaction later in the day this time including a mosque being hit by the water cannon dye.
In other words: the unrest has continued, with casualties mainly one the protester and bystander sides.  And regular Hong Kongers are still out resisting -- the majority using non-violent methods -- being suppressed by the government, including its increasingly brutal and ill-behaved police arm.
The news that the government finally formally withdrew the hated extradition bill today -- one and a half months after Carrie Lam finally said she was going to do so, and more than four months after she announced its suspension -- is not going to change things.  Just imagine though what the effect would have been if she had announced the bill's withdrawal back on June 11th, after over a million people took to the streets to register their protest against it but before the police gave an inkling on June 12th of how much more brutal they had decided to be than four years previously during the Umbrella Movement.
I think the vast majority of people in Hong Kong are agreed that things would have been so very different if the Hong Kong government (and/or its masters over in Beijing) had acceded more swiftly to protester demands.  Instead, the powers-that-be decided to play the waiting game -- and, in so doing, have cost Hong Kong dear.
Perplexingly, Beijing has apparently also decided to hold off replacing Carrie Lam until March even while having already realized that she needs to go.  For some reason that I honestly can't quite understand, it seems that they are figuring that they don't lose as much face by not acting quickly on this matter.
Even more frustrating to many Hong Kongers is the sense that having Carrie Lam step down is not going to help matters much.  She is undoubtedly highly unpopular but there's a definite feeling that the system is broke with regards to the selection of Hong Kong's Chief Executive since, after all, none of the holders of this office have exactly covered themselves in glory.
Posted by YTSL at 11:59 PM

Good to know. While I use BACH's music and by reading techno-thrillers to get away from pressure and dread, you travel. Nice.

Ah, I sent you a short message the other day and I spotted the concert ad at Pacific Place. Do consider it as Alice Sara Ott is one of the young ones that shined.

I would likely be on standby duty thus unable to attend. I could only resolve to her CDs or youtube for this at the moment.

Well, this was my first time out of Hong Kong since May but, yes, the travel was indeed de-stressing and rejuvenating. Actually, more usually, my main way to destress involves eating good food and reading crime novels (with my most recent favorite reads including ones by Keigo Higashino and Robert Galbraith) or travel tales!

And yes, I did see your email. Thanks! Will try to respond to it soon!