The most tumultuous July 1st that Hong Kong has ever seen 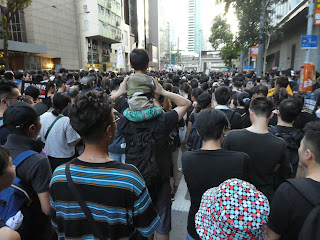 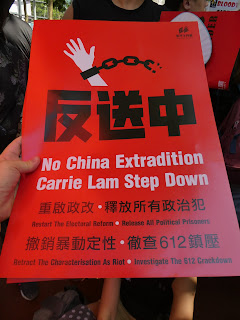 Since June 9th, the list of demands has grown longer 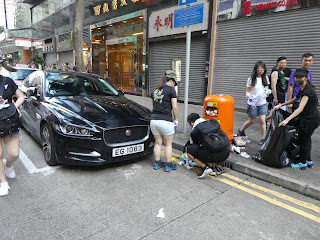 The kind of protesters that clean up after others, and
are admirable to the point of leaving one in awe


On the eve of the 22nd anniversary of Hong Kong's handover to Communist China by Britain, a disillusioned anti-extradition bill protester jumped to her death in Central.  Coming as it did just one day after another despairing woman also chose to end her life in protest against the extradition bill, I got so depressed and felt so very tired that I decided to go to bed early rather than spend time writing up a blog (even though on other days, the act of doing so actually helps calm me and gets me to clarify my thoughts).


Soon after I woke up this morning, I rushed to check to see whether the planned protests this morning to coincide with today's flag raising ceremony in Wan Chai had managed to occur without violence erupting.  Sadly, there were indeed reports of violent clashes between protesters and the police and excessive use of force by the police -- though nowhere near the scale that occured on July 12th.  (Indeed, a friend who was at the scene later told me that all the reportage had focused on about 10 minutes of action but not mentioned that there had been hours of peace before and after.)

I know of at least one friend who elected not to go to today's protest march after seeing footage of those clashes on TV.  But a number of other friends and I were undaunted and headed over to Victoria Park this afternoon to take part in what has become a tradition of sorts for many people: the annual July 1st march which usually calls for democracy for Hong Kong and celebrates the territory's people (still) having freedom of assembly, speech, expression, etc.

While waiting on the lawn area of Victoria Park for the march to start, the crowd was told by the event organizers that the police had asked them to consider cancelling the event in the wake of what had occurred in the morning.  After some time (and a delay in the start time), the event organizers were able to get the police to agree to let protesters march through town to Central's Chater Road -- to which many participants were amenable despite this end point not being what march veterans are used to: i.e., over in Civic Square -- or, if the supposedly public space is closed off, as has been too often the case, outside of it.


Just before 3pm, the group I was with were out of Victoria Park and on Causeway Road -- sections of which were initially closed off to protesters but soon was entirely over-run by march participants.  Despite it and Hennessy Road being entirely utilized by march participants -- and all of East Point Road and Lockhart Road too -- it still was slow going, with the march coming to halt in places thanks to the sheer numbers of protesters out on the streets despite it being super hot out this afternoon.


To be sure, today's march numbers weren't as high as the two mega-sized anti-extradition bill protest marches that took place just a few weeks ago (on June 9th and again on June 16th).  But the number of participants still dwarfed those of that for last year's July 1st march and, actually, any July 1st march that has taken place since 2015 here in Hong Kong.


I fear though that the efforts of the hundreds of thousands of people who marched peacefully for hours today (in my case, for more than four hours) will prove to not count for much -- as, separately from this scheduled protest, some desperate youth decided to break into the Legislative Council complex and vandalize it this evening.  As many of us had said about the actions of the police on June 12th: the optics most certainly were not good; and there are suggestions that those protesters moved to this action walked into a trap as well as will have lost the battle for public sympathy and opinion.

Amidst all this, few people are going to care that those who broke into the Legislative Council complex were selective in what they chose to trash (e.g., leaving pro-Beijinger Jasper Tsang's portrait untouched along with important cultural artifacts).  What they are going to remember is the mess created and left behind by people so angry and desperate to right wrongs that their better judgement left them, and the violence that will surely erupt late tonight.  And now Hong Kong really is in turmoil once more; something which some people had sought to pretend wasn't the case last month but now surely cannot deny anymore. :(
Posted by YTSL at 11:59 PM