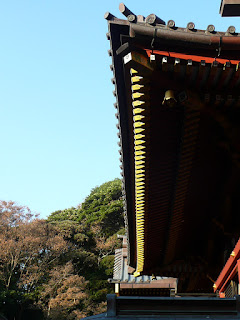 The kind of image that I don't think would look
out of place in Hou Hsiao Hsien's The Assassin* ;)


Back in the late 20th century, when I was (still) living in Philadelphia, I learnt about the existence of Hou Hsiao Hsien and his films via two documentaries.  In both Stanley Kwan's Yang + Yin: Gender in Chinese Cinema (1999) and Olivier Assayas' HHH: A Portrait of Hou Hsiao Hsien (1997), for which he was the primary subject, the Tawanese auteur came across as articulate, interesting and actually pretty down to earth.  And my interest in both this filmmaker and his films were further piqued by seeing him onscreen in Shu Kei's Soul (1986).


Thanks to a friend who was then living in Taiwan, I managed to get my hands on a Hou Hsiao Hsien DVD box set of his early works, including his autobiographical A Time to Live, A Time to Die (1985) and the seminal City of Sadness (1987).  Add in my counting a viewing of his Flowers of Shanghai (1998) at an art museum in San Francisco among one of the most awesome big screen viewing experiences I've had to date and I think it could safely be considered one of the director's fans, and for quite some time now.

Yet I couldn't conjure up much enthusiasm for Hou's latest cinematic effort, which had garnered major hype and a best director award for him at Cannes this year.  Upon reflection, I think one big reason was that I had a hard time imagining the Hou Hsiao Hsien I know making a great wuxia work (which was what The Assassin, whose titular character is a Tang Dynasty trained killer, had sounded like it would be).  And then there was my great dislike of the film's leading actress, one whose high pitched voice (at least when speaking Cantonese or English) has helped ruin films as diverse as triad drama Young and Dangerous 5 and arthouse offering The Island Tales for me.


Really, though, I should have guessed that Hou's adaptation of a 9th century Tang Dynasty tale would be more a period drama than swordplay actioner.  And I honestly wish that those of my friends who had seen the film before me would have let me know that Hsu Chi actually doesn't utter that many lines at all in it!  Instead, I got statements like "it's the kind of film one admires more than one likes" (this from someone on the polite side) and it's "dull and dry and ponderous and boring" (this from someone known for his colorful opinions!) -- and post viewing The Assassin, I know what they both mean.


On the plus side, there are many noteworthy things about this work which was shot on location in Japan* as well as different parts of mainland China along with on sets in Taiwan, including Mark Lee Ping Bing's masterful cinematography and Hwang Wern Ying's classy costume and overall production design.  Also, part of me does admire its director for eschewing a conventional approach in his relating a potentially intriguing story involving a young woman (Hsu Chi) given to a nun with royal blood (Sheu Fang Yi) to be trained to become a ruthless taker of lives who is sent home years later to kill the region's ruler (Chang Chen), who just happens to be her cousin and also the man she formerly was betrothed to!


On the minus side, however, there's no getting away from this film being not only slow-paced but also having an elliptical approach to storytelling that borders on the deliberately obfuscating (or perhaps this is the inadvertent result of the script having gone through 37 revisions!). To give just one example: the work is entitled The Assassin but it's only after the lead character appeared in a scene with a a masked female martial artist who had previously been briefly shown practicing her deadly skills that I got to realizing that they were not one and the same person!  (An aside to those who have viewed the film: please tell me that I wasn't the only one who took that long to figure this out!!)


To those who say that for films like these, the plot details don't matter that much in the overall scheme of things: I'm going to state that I actually may loathe being bored by a movie even more than feeling befuddled when watching (a good bulk of) it.  And that, alas, is what I have to conclude happened to me with The Assassin: because as much as I truly did appreciate its visual aesthetics (not least how much physical depth there appeared to be in what is, after all, a 2-D work), the fact of the matter is that -- and yes, I did look at my watch to verify this -- the first time I yawned during the screening, we hadn't even reached the 10 minute mark of this 107 minute work!


Perhaps the most damning thing I would say of this Hou Hsiao Hsien film though is that unlike those of his previous works which I have seen, the vast majority of characters in it don't seem to act like real people.  This feeling was brought home to me in one scene that doesn't involve any of the main personalities, during which a gaggle of young female entertainers chat happily while walking along a palace corridor -- for I got to noticing that it was one of the rare occasions in this work when the people on screen actually came across like they were acting naturally, and consequently seemed like actual humans rather than actors merely obeying cues in an artificially staged affair.

I'm so glad I wasn't the only person not to get it. And as I stated in my review, I'm no stranger to Hou, slow cinema, or experimental film so I knew what to expect. I suspect some of the people who are praising it are afraid that if they say they didn't like it they'll look dumb. Luckily I have no such reservations ; )

I think we may be in the minority of people who actually like many of Hou Hsiao Hsien's other works but don't care so much for "The Assassin". I sometimes wonder whether many of those who are raving about this film have actually seen (m)any of his other films... Put another way: it can feel like there's a conspiracy among critics to jump onto the HHH bandwagon now -- when his best work may be behind him, the same way that I have been feeling also has been the case with such as Wong Kar Wai and Johnnie To.