Humans and nature combine to put on a show at Risoyrenna, Rafsundet Strait and Trollfjord (Photo-essay)

On my ninth day on board the MS Richard With, the ship docked at seven different ports.  While I did go on shore at two of those stops (of which there'll be more details in the next few days), the day's highlights actually involved the ship sailing through three particular bodies of water -- all of which the onboard tour manager made a point to announce and describe as we approached them.

In the morning, the MS Richard With sailed slowly but steadily through the Risoyrenna dredged channel that's noticeably narrow and also just seven meters deep.  Later in the day, the ship passed through the 26-kilometer-long Rafsundet Strait whose environs some consider the most beautiful part of the Hurtigruten coastal voyage, detouring for a bit into (and then out of) the two-kilometer-long Trollfjord.

Named after the trolls whose representations are often seen in Norway, this mini fjord's entrance is just 300 meters wide and its general narrowness makes it quite the challenge for a ship the size of the 11,205 ton MS Richard With to completely turnaround inside of it.  And there were moments when it seemed like we'd get so close to the cliff walls that those of us standing on the decks would be able to reach out and touch them! ;b 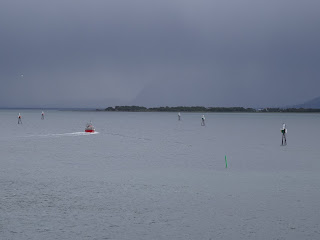 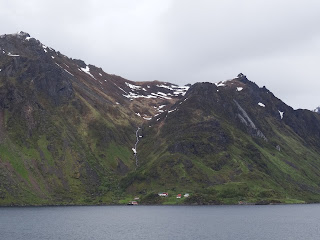 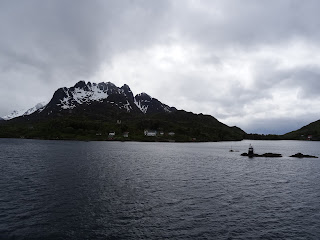 Who needs TV and such when scenery like this is available
to view just outside the window and while standing out on deck? 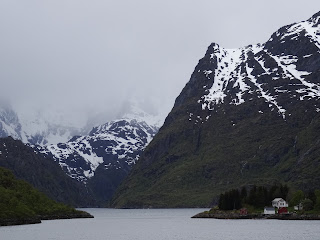 Was that rain or *snow* falling in the distance in June? :O 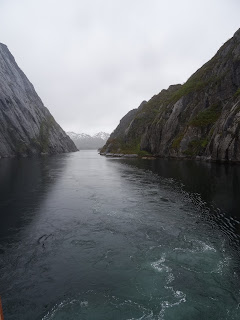 Looking inside Trollfjord out at its narrow mouth! 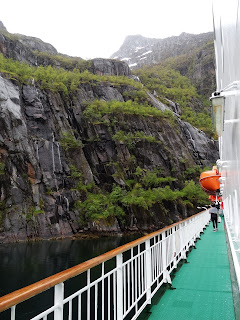 There were times when it looked like the ship
was going to hit one of the fjord's rock walls! 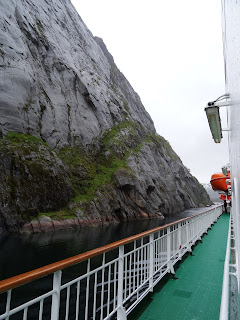 Even while I marvelled at the crew's steering skills,
I also admired the impressive geological formations
on show at Trollfjord :) 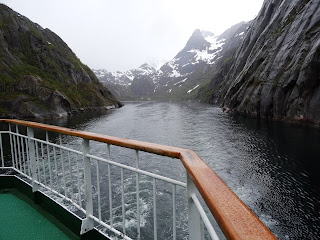 Put another way: I came away from the Trollfjord detour with
a greater appreciation of both human abilities and nature's beauty :)
Posted by YTSL at 11:18 PM

This entry is obviously one of the highlights of your cruise journey...Fourth photo from the top of the rugged mountains and the small foreground house, is a postcard perfect view...The close-up views of the "rock walls" of the Troll Fjord are more than just geologically interesting. Using one's imagination, looking at these rock walls, faces and profiles begin to appear in this anthropomorphic mythological realm of Trollfjord.

I think postcards would have better looking weather than in the photos -- but while I'd have welcomed more sunshine, I must say that I'm happy with the photos I took (and sights I saw).

Re the Trollfjord: aaah, you see them too! I think those are the trolls that give the minifjord its name! ;b