One day last summer, I spent a de-stressing Sunday afternoon on Peng Chau.  While I covered quite a bit of ground and went up and down the island's two highest points, I have to admit to having some hesitation describing what I did as actual "hiking" -- since Peng Chau's highest point, Finger Hill, stands at just 95 meters above sea level, and the entire island has a total area of (slightly) less than 1 square kilometer.

At the same time, I was on the go for much of my visit to that small as well as quiet corner of Hong Kong -- and took a number of photos featuring natural landscapes as well as more built-up ones.  So here's presenting the following photo-essay that I'll go ahead from that day's excursion, some parts of which I'm going to go ahead and say involved a gentle hike (but a hike all the same!)... ;b 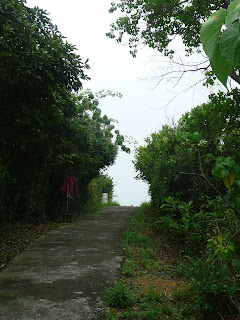 After getting off the Peng Chau ferry, I made for the hill
up in the north of the island that may be just 40 meters
high but still is topped by a trigonometrical station! :b 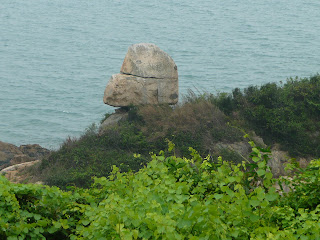 The kind of rock formation one'd expect to have a name
in Hong Kong but actually does not! 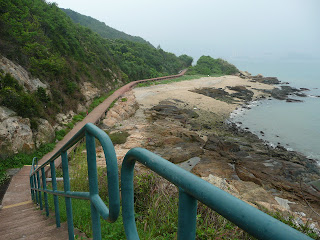 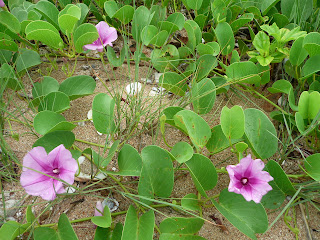 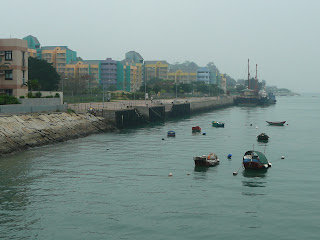 As this photo shows, the day of my visit was
on the gray and drizzly side -- but this state of affairs
didn't stop me from clicking away on my camera! 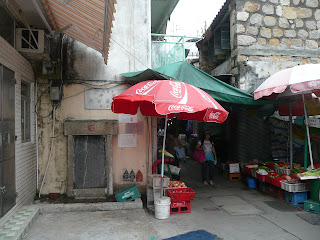 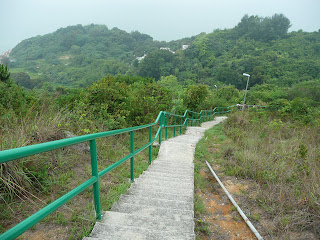 Steps leading up to the top of Peng Chau's highest hill
(atop which there of course was to be found
another trigonometrical station -- woo hoo!) 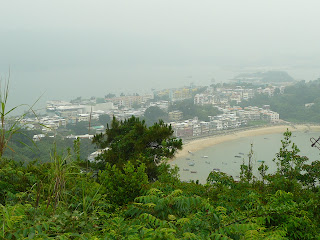 Muggy day view of a vista that I figure could be picturesque
on a clearer, sunny day -- which means I'll  just
have to go back there again on a day with better weather! :)
Posted by YTSL at 11:22 PM

Wow a rock formation without a name! And a wooden boardwalk along the shore. Looks like a fun hike or walk.

Heheh... you wouldn't believe the number of rock formations with names here in Hong Kong -- and how quite a few of them don't seem all that well named at all! ;b

The wooden boardwalk is really cool, I reckon. And yes, I did indeed have a fun hike/walk on Peng Chau. :)