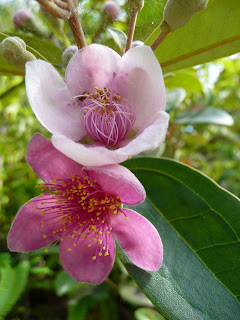 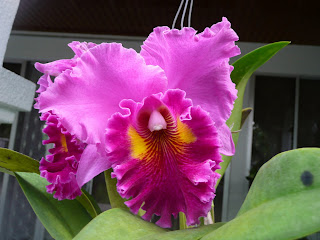 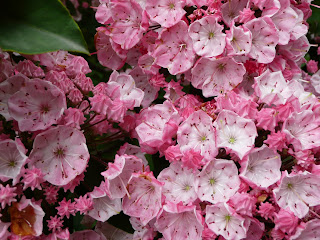 For a previous pink-themed Photo Hunt back in 2007, I opted to focus attention on pink urban sights in Hong Kong. So I thought it'd be good to go to the other extreme and focus on pink natural sights beyond as well as in the Big Lychee.

More specifically, the three photos of pink flowers above were taken (from top to bottom): while out hiking in the Wan Tsai peninsula in northeast Hong Kong; in the garden of my family home in Penang; and while visiting the Kokoen Garden in Himeji, Japan. (BTW, hope the Penang flower qualifies as pink - it looked very pink to me when viewed on its own but seems purplish compared to the other flowers...)

And for the record, all these photos were taken after I put up the first pink Photo Hunt entry back in October 2007. Also, something else I found interesting that the vast majority of my post 2007 pink photos either are of flowers or were taken on special occasions (e.g., Chinese New Year or -- as was the case with last week's Photo Hunt photos -- Tam Kung's birthday)!

haha.... I'm also the First Commenter of your post!

Congrats to both of us. :P

wow - so pretty in pink!

Love your pink flowers for this week. :)

Those are all gorgeous flower shots. Great choices. Happy weekend.

Wow what coincidence re our both being first commentators on the other's Pink post! ;b

Thanks, and happy weekend to you too! :)

I've never seen these flowers yet. My take is already about flowers. Happy weekend!

Beautiful flowers ! I think I have never seen such.

it look pink enough to me :)

Lovely flowers, and very exotic to my eye. The Penang flower qualifies as pink - shocking pink I think. :)

I do love your choices this week. THe flowers are all exquisite! Happy weekend

These lovely pink flowers are so beautiful (and different looking than the ones I posted). It's fun to compare flowers around the world! I too realized there's a fine line between pink and purple. :)

Thanks for visiting mine and have a great weekend.

Pink comes in a lot of shade, and you don't need any excuse to post photos as beautiful as these!

Very lovely. I'm all about pink flowers, as I'm sure you noticed! =)

I like your natural pink as well as your urban pink... wow, time really flies... I was lurking back then, lol.

love them all, especially the middle one - I think it's bit more violet but it's pink

Hi YTSL, very pretty pink choices for this week's theme. I love all the shades of pink in your photos. You have a cool blog. Have a great weekend.

Lovely shots. The flowers are wonderful!

Those are lovely photos YTSL. Funny how we both thought about our old Pink hunt.

I love that last one, it's a Kalmia latifolia or mountain laurel and I have always loved it. You don't see it often here although it grows very well in this climate. Was it wild?

Yeah, have noticed lots of flowers about this week -- and a great variety of them too! :)

Yes, I did have time to visit -- albeit only on my Sunday morning (but still your Saturday evening!).

So... maybe you need to come out to eastern Asia some time? ;b

Thanks for that vote! ;b

Heheh re your comment re the Penang being not only pink but, specifically SHOCKING pink. :)

Thanks for thinking so -- and happy weekend to you too. :)

Hear, hear re pretty much all of what you wrote! :)

Time does indeed fly... especially in good (and busy) times! ;b

Shocking pink is how A described it above! ;b

Thanks -- especially as it sounds like you checked out other sections of the blog besides the Photo Hunt entry! Hope you come and visit some more. :)

Thanks for the ID of the flowers in the bottom photo. In answer to your question: No, they were found in the Kokoen cultivated Garden.

pink flowers abound for this week's theme! i am not a lover of pink but i love pink roses the best!

lovely pink flowers. they're pleasing to the senses.

Sorry there are no roses on my Photo Hunt entry!

I agree that those flowers are pleasing to the senses. :)

Great selection of pink - all of them are wonderful. I love the orchide from Penang - it´s gorgeous! I wish I could grow them in my garden - I have to keep them in the orangerie due to the climate.

The last flower in particulr is lovely and unusual.

I love pink in nature!!

Yes, I can imagine that the Scandinavian climate wouldn't be conducive to hot house flowers! But at least you have an orangerie to grow them in...

Wish I knew its name but agree with you that it's lovely! :)

If you want to see my post about Venice and the photos go here :
http://gattinatravels.blogspot.com/