Nothing else in Granada can compare with the Alhambra (and the Generalife, which I tend to look upon as being part of the greater Alhambra complex).  Heck, few, if anything, edifices in Spain can compare with the last major -- and arguably greatest -- Moorish monument ever constructed.  (Let's put it this way: I may not have been so awed by Cordoba's magnificent Mezquita or Sevilla's sublime Real Alcazar if I had set foot in the Alhambra before visiting those two other pretty visually stunning edifices.)

Nonetheless, I did find a number of other structures that caught my eye and interest during my brief sojourn in the Andalucian city: some of them Moorish in origin, others of which are entirely Christian.  And along with the old parts of Sevilla and the UNESCO World Heritage-listed old town of Segovia, I found the historic sections of Granada to have nooks and crannies that were enjoyable to explore and the kind of streets I liked walking along... 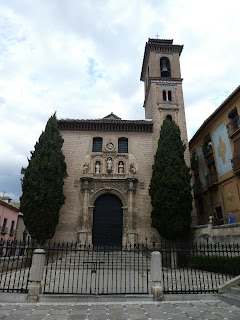 Originally a mosque, this building's minaret was replaced
by a bell tower after it became the Iglesia de Santa Ana 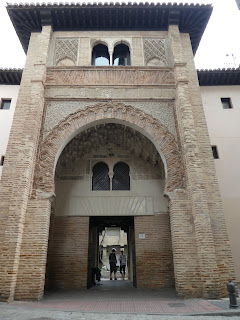 Dating back to the 1330s, the Corral the Carbon is the
last remaining caravanserai of Granada's original fourteen 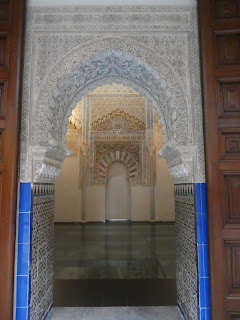 The beautiful prayer room that is one of the few surviving
sections of the madrasah that was the first university
in Granada, founded in 1349 by the Nasrid Sultan Yusuf I 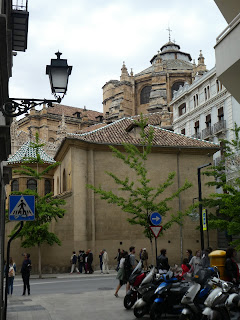 Granada's most famous Christian site is the Capilla Real
(Royal Chapel) where the bodies of Queen Isabel, King Ferdinand,
and their successors Philip the Fair(!) and Juana the Mad(!!) lie 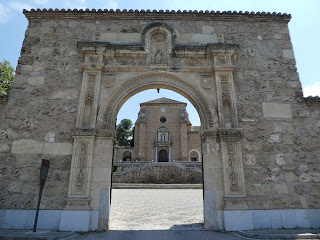 However, my favorite Christian site in Granada was the Monasterio
de la Cartuja (Carthusian Monastery) located in the city outskirts 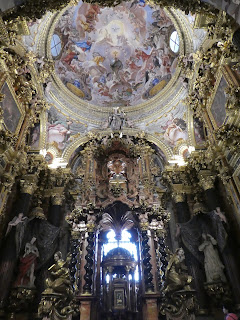 Its rather plain exterior (and even cloister) doesn't
prepare you for the lavishness of its church interior! 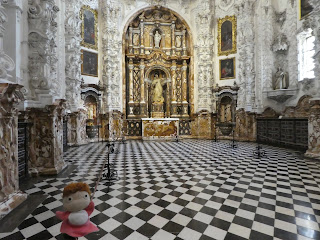 Puppet Ponyo understandably wide-eyed
in the monastery's church ;b 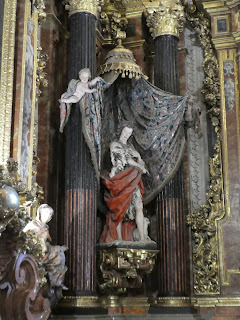 And why the heck is the monastery's statue of
Mary Magdalene so sexy looking?! :O
Posted by YTSL at 10:12 PM

Thanks much for your appreciation! :)

I've never been to Spain, but architecturally and culturally, your entries have been interesting. My link with Spain has always been the rocks at Cap de Creus National Park, which has inspired artists (especially Dali's earlier and best works).

Your faithful travel partner, Puppet Ponyo, certainly delivers in presenting this palatial interior. Too bad she's restricted by the limits of the photo frame because her traveler's enthusiasm verges on the kineticism of balletic movement.

I'm glad to learn that you've been checking out my Spain blog posts and have found them of interest.

I must admit that I was so unfamiliar with the Cap de Creus National Park rocks that I had to Google them to find out what you were referring to. Upon doing so though, I can definitely see the Dali connection there!

And, as ever, I love reading your eloquent comments about Puppet Ponyo. :)