Geirangerfjord and "the Golden Route" (Photo-essay)

In my previous blog post, I wrote about having wanted to walk the streets of Alesund, yet opting instead to go on a land excursion that took place during the MS Richard With's longest scheduled stop in the Art Nouveau city.

But when I tell you that the attraction which ended up taking greater priority than that Norwegian coastal town was the UNESCO World Heritage-listed Geirangerfjord (which I had previously listed among the top five UNESCO World Heritage listed-sites that I wanted to visit), I think you'll understand.  And even if not, I reckon that the following photo-essay will go a long way towards explaining why I do consider the eight and a half hour excursion I opted to go on -- which included two ferry rides as well as one long bus ride along what's been billed as "the Golden Route" -- to have been one of the highlights of my Nordic vacation:- 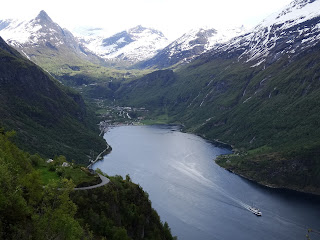 From a wonderfully placed lookout above Geirangerfjord,
this is the incredible view you get when you look to the left... 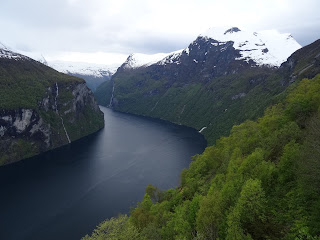 ...and this is the sublime sight that greets you
when you look over to the right! :) 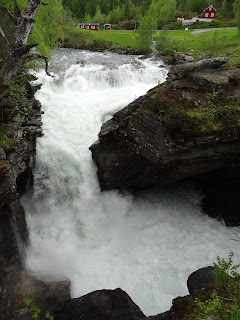 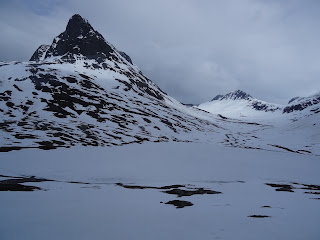 I figured I'd see snow in Norway, even in June,
but I didn't expect to see so much of it so up close! :O 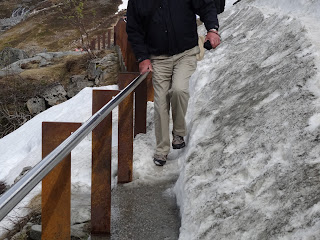 I also definitely didn't expect to be treading on snow
for the first time in some 12 years in June of this year! 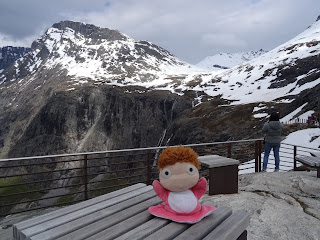 I did so though to be able to get to viewpoints like this one
which Puppet Ponyo enjoyed spending some time taking in :b 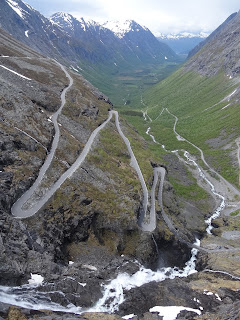 From up above, one can get a view of what's to come: a hair-raising
drive down the scary 11 hairpin bend, single lane (but two way)
Trollstigen Mountain Road (aka The Troll's Path)! :O 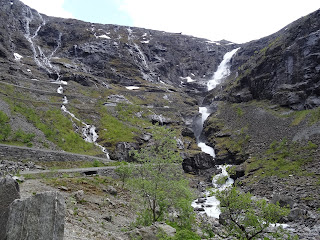 And when you consider that this road also cuts through
the paths of a number of gushing waterfalls, one can't help but
hold one's breath several times when descending down it! ;D
Posted by YTSL at 11:21 PM

The closest I ever got to Norway is Denmark, but I can see what I missed looking at this photo-essay...I've been to the Milford Sound, NZ and there is a resemblance to Norway's fjords...The top two photos are inspiring as is the photo of the viewpoint which Puppet Ponyo introduces us to...The photo below it of the gray intestine-like "hair-raising" road is quite impressive.

Before my recent trip to Norway, I had difficulty distinguishing among the various Scandinavian and Nordic countries. But I've come to realize they're quite different culturally and also geographically. From what I've read, Denmark is on the flattish side. Norway, on the other hand, is gorgeous because it has lots of gorges, fjords, mountains, etc.

I've heard it being described as the most beautiful country in the world. While I've seen other places with some pretty amazing landscapes, I'd agree that it definitely ranks up there -- and really is a great place to visit.