A visit to the Hong Kong Maritime Museum 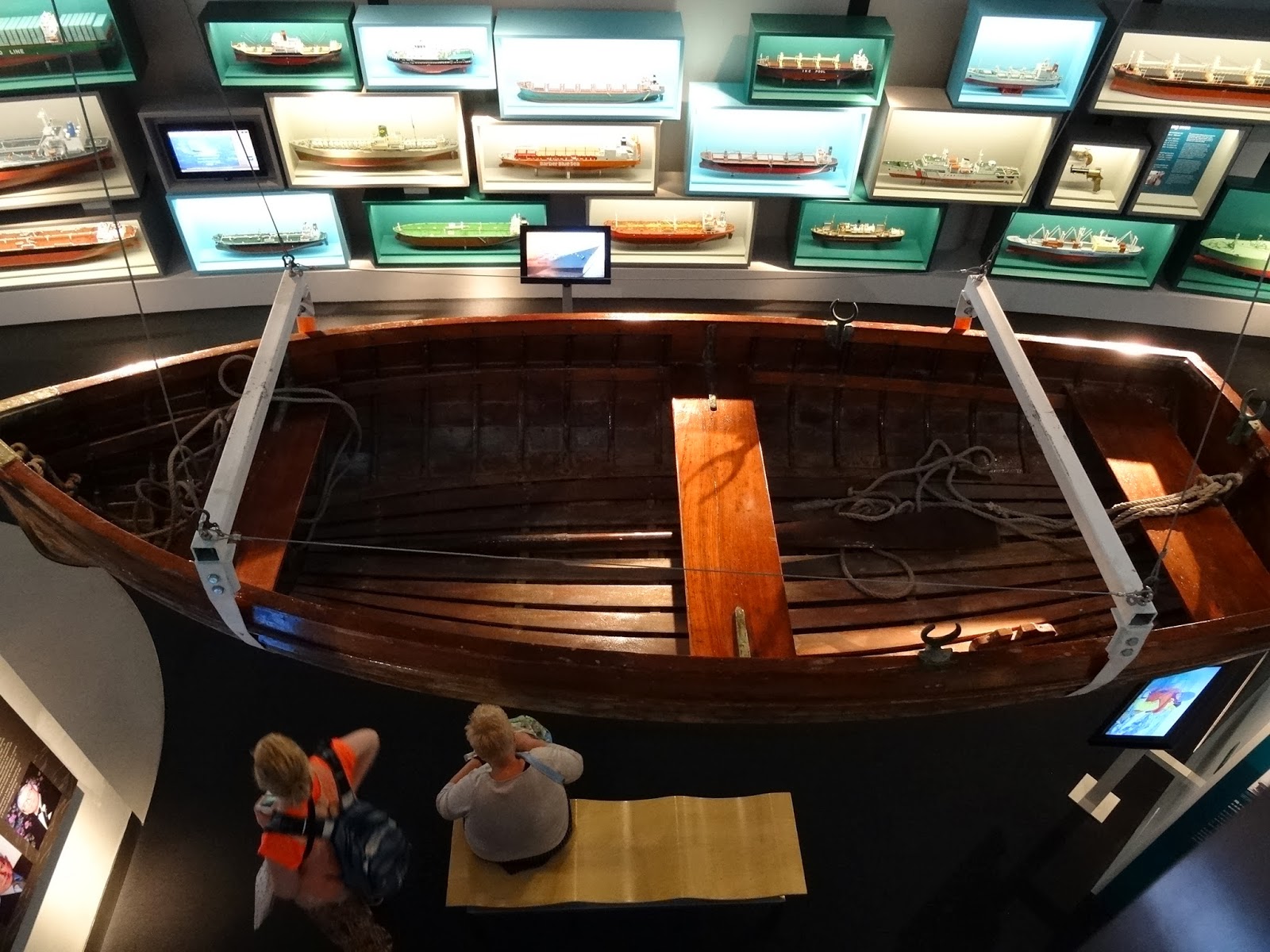 Inside the Hong Kong Maritime Museum 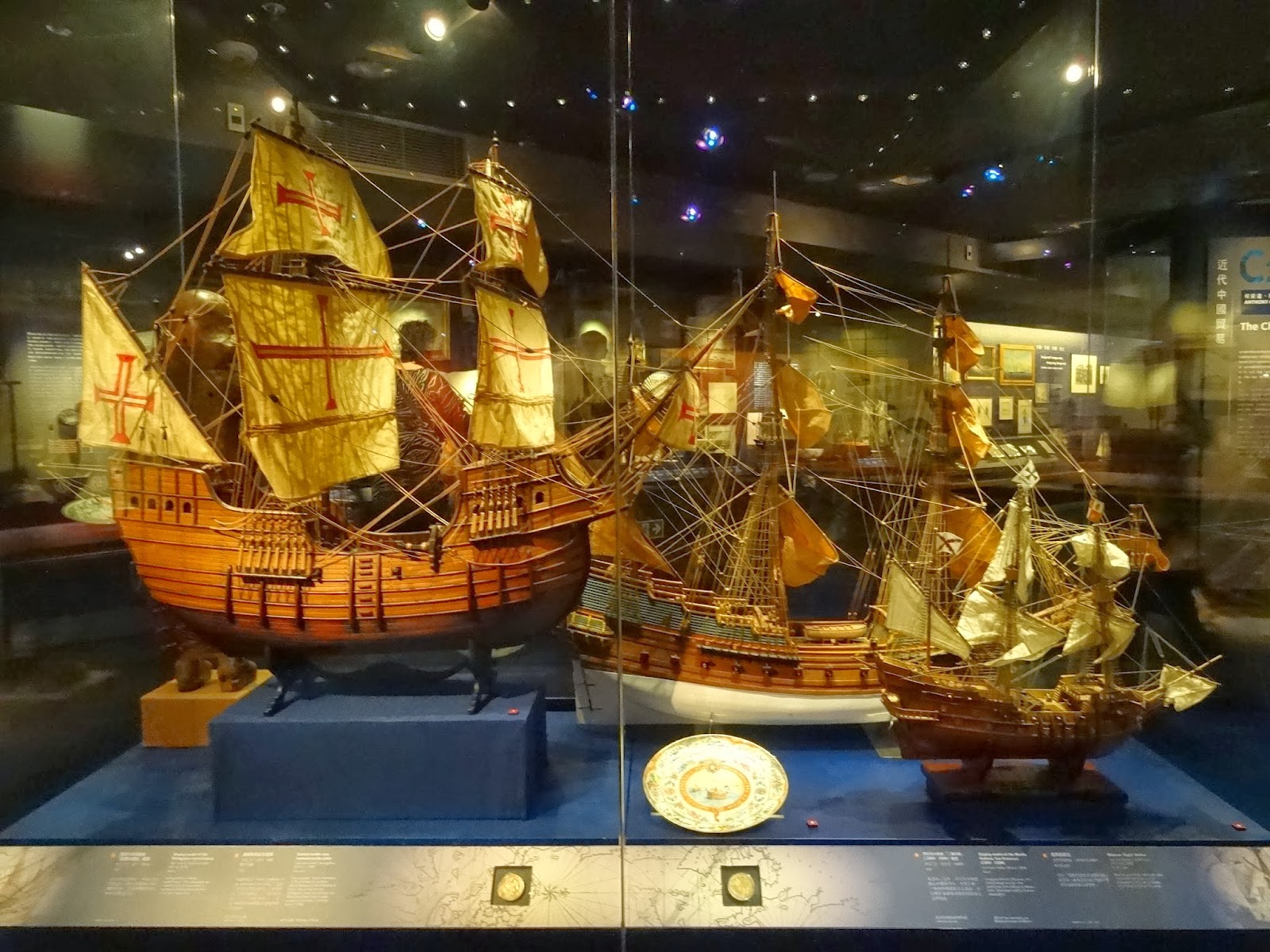 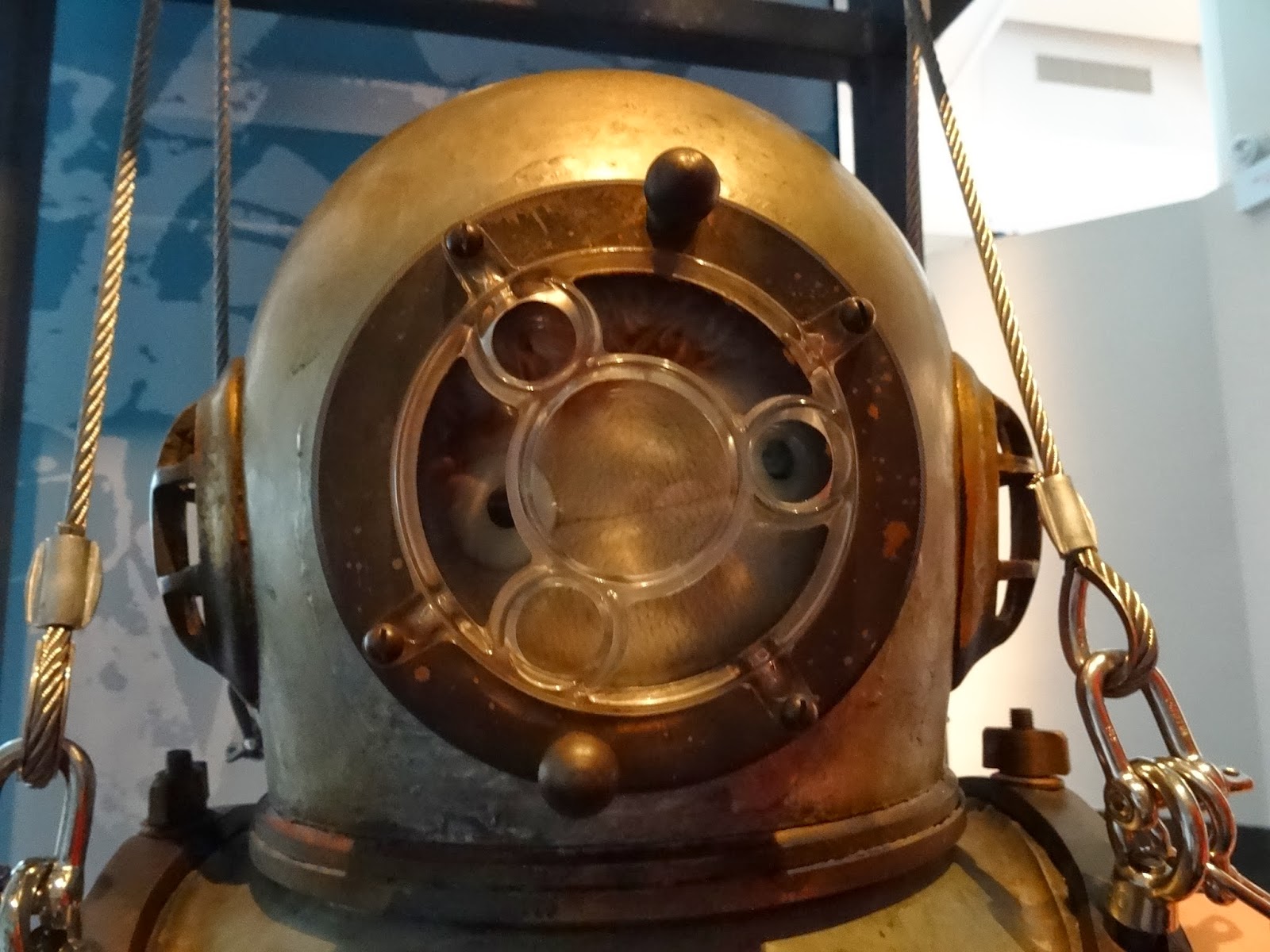 Guess who decided she wanted to check out what
it'd be like inside a deep sea diver's helmet? ;b

Earlier this week, my German friend (visiting once more from her native country) and I went and checked out the Hong Kong Maritime Museum which has relocated in the past year from Stanley's Murray House to the Central Ferry Piers.  Although the museological establishment has been in existence since 2003, this was the first time that we had visited the museum.  But based on how interesting we found the exhibitions there, I sincerely doubt that it'll be the last time we will be going there.


My primary reason for wanting to visit the museum was to check out a special exhibition of historical photographs which is on until the middle of next month.  Through the Lens of John Thomson: Hong Kong and Coastal China (1868-1872) includes some really splendid landscape pictures by the Scottish photographer and portraits of Chinese people that were really fascinating, not least because many of the people in his photos look so very different from Chinese people these days.


We're not just talking here of those people who lived more than a century ago having different hair and clothing styles from present day folks.  Rather, many of the people in the photos had incredibly dark skins -- the result, I'd presume, from their spending much and many of their days working outdoors in the hot sun.  Also, so many of them were really thin and had faces that were on the gaunt side.  Put another way: the general sense was of life having been pretty hard and harsh for many Chinese people in Hong Kong and those parts of Qing-ruled China that Thomson visited.

After spending about half an hour viewing Thomson's photographs, my German friend and I headed to the museum's permanent galleries which turned out to be far more fascinating and also higher in quantity as well as quality than we expected!  All in all, we ended up spending a little more than three hours at the museum -- and would have spent even more time there if not for the institution's closing time being earlier than we would have liked!

One thing I really liked about the permanent exhibition galleries was how there were items on view that hung above our heads as well as at eye level and the more usual spaces.  I also was impressed by how there are so many interactive devices, including not just electronic pages of information and short videos (including about Poon Lim, a Chinese seaman who survived a record-breaking 133 days alone at sea) but also live web cams and various electronic games on such as the identification of ship types, and morse code.  Really cool too was there being an innovative display area which utilized one's sense of smell.

If truth be told, maritime history is not among the subjects that I normally find all that fascinating.  But the Hong Kong Maritime Museum really does present it in a super interesting way.  All in all, this private museum comfortably ranks among the territory's top five museological institutions to my mind.  And yes, I think there really are many Hong Kong museums that aren't only worth visiting but, in fact, are worth visiting more than once!
Posted by YTSL at 9:42 PM

Sounds like I should check it out sometime! Maybe when my dad comes to town...

Your dad may like the museum but maybe you should go yourself before the John Thomson exhibition ends!

It looks like they did a great job of designing the Maritime Museum. Anything that concerns the ocean, ferries or ships would personally interest me. Also, just the name of John Thomson, the pioneering photographer of the Orient, is another thing that gives me a caffeine-like high...As far as photography of old HK goes, the great German photographer, Hedda Morrison,is another favorite.

I hope Ponyo didn't get claustrophobic in the deep diving gear. If she did, I'm sure she gave you a quite furious reprimand for it afterwards!

I have to admit to having been more familiar with the name and work of Hedda Morrison over John Thomson previously. You, on the other hand, seem well knowledgeable about both of them1

Well spotted re Puppet Ponyo! She was only there inside the diving helmet for a short while. Fortunately, she stayed mild mannered throughout -- though maybe it's my imagination but her eyes seemed to become larger than usual while she was in there! ;b

Re my previous comment about the possibility of Ponyo's claustrophobia. I simply initially failed to see the humor in this photo! The photo of Ms Ponyo is quite-quite funny and certainly the most bizarre you've presented to your readers from your
library of images.

I don't know how a visitor to the museum would respond if they saw these two eyes staring at them from within the diving helmet. It would probably startle them at first, then arouse their curiosity, and then finally they would most likely break out in a laugh, just as I have.

If the Ageless Wonder felt any unease in the diver's helmet, it might have been a fear of being left in the the museum...After all, Ponyo does have her origins in a sea tale and perhaps she briefly feared becoming a permanent display in HK's Maritime Museum.

Teehee re your (finally) seeing the funny side of Puppet Ponyo's latest pic!

And ya, I have to say that I thought it was appropriate to photograph her in the surroundings of the Hong Kong Maritime Museum on account of her aquatic connections and origins. ;)

I'm surprised a Hong Kong Maritime Museum staffer came across this post and am happy you like it. :)

I'm not aware of this Maritime Museum ;-/ Lives deep down the ocean and the significance of it to our lives have always been fascinating. This will definitely my 'must go' when I next visit HK!

I think a lot of people didn't know about the museum when it was Stanley, in large part because it's one of Hong Kong's smaller as well as private museums. But ya, it does sound like a "must visit" for you the next time you're in Hong Kong. :)