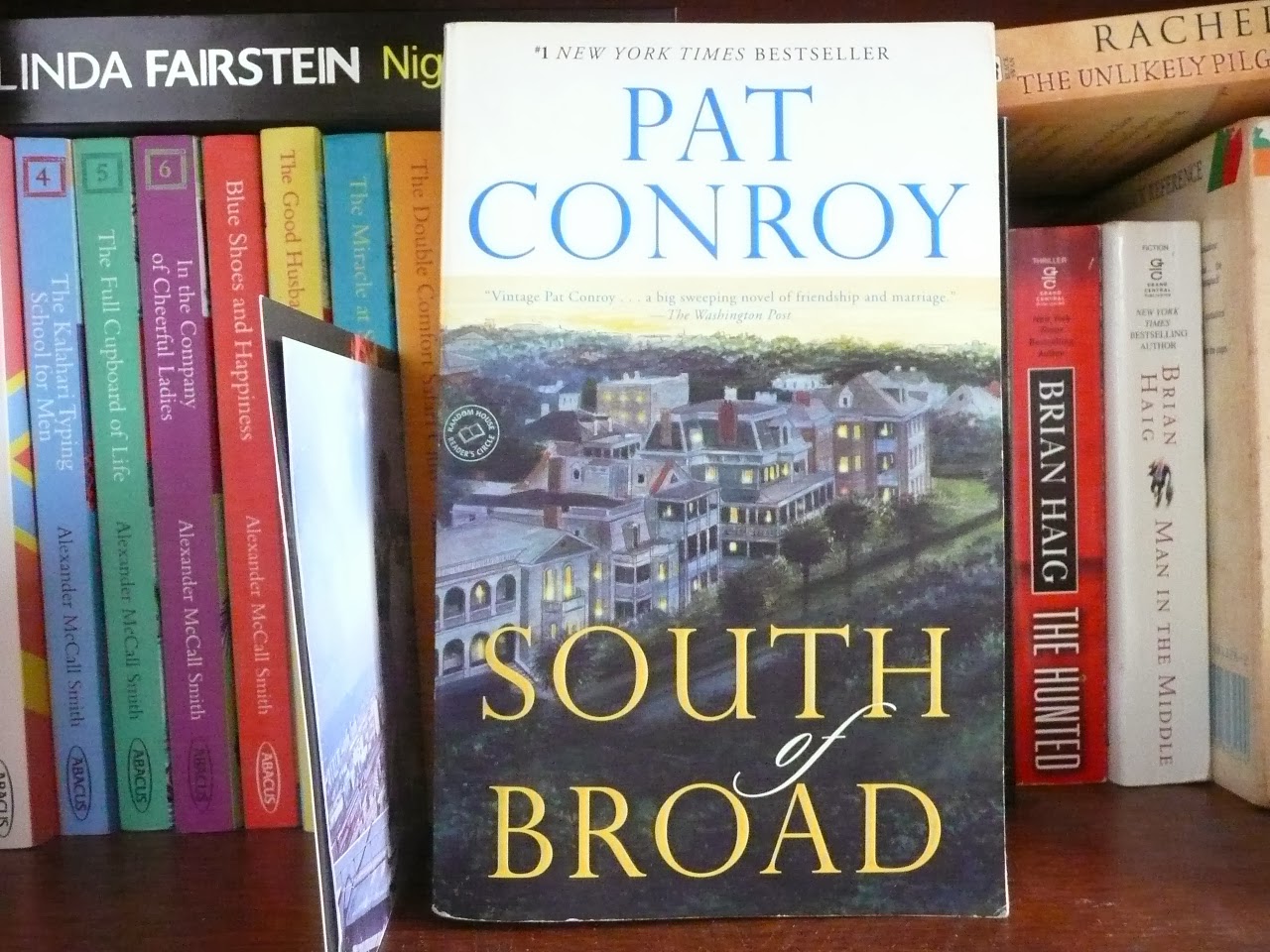 Best Bar: Those who read my new year paean to Sake Bar Ginn should not be surprised to find that it gets my vote for favorite bar of 2013.  To repeat: great sake, very tasty food, good company (in the form of some of the bar's regulars as well as its staff) and a lovely low key and laid-back atmosphere really make for a winning combination.  I'm so very glad that its owner, Ayuchi Momose, chose Hong Kong to open her bar -- and look forward to helping it celebrate many more anniversaries than just the second that it had last year.

Best Book: Pat Conroy is one of those authors who has yet to disappoint me.  Put another way, I've loved those of his novels (e.g., The Lords of Discipline and The Great Santini) and non-fiction books (The Water is Wide and My Losing Season) alike that I've read thus far. Sadly, his books aren't readily available in Hong Kong -- or, for that matter, Malaysia.  So even though it was four years after it was first published, I still was happy to get my hands on his South of Broad -- and happier still as well as very much moved upon reading this lovely salute to unlikely, yet enduring, friendships.

Best Exhibition: Last summer saw the opening of the Comix Home Base, a facility dedicated to showcasing comics located at the former Green House tong lau (tenement building). One afternoon in September, a friend and I decided to check out The Birth of a Hero: Exhibition of Ma Wing Shing's Comics. So impressed was I by both the exhibition and the renovation of the Grade II listed historic building that I brought another friend over to go see them a few weeks later.  Featuring illustrated works that I really would consider works of art, the exhibition was a terrific showcase of Ma Wing Shing's talents -- and provided proof that Hong Kongers are indeed capable of admirably beautiful creativity.

Best Farm: Considering that I've lived in cities and towns pretty much all of my life, it's actually surprising that I've been to farms in as many countries as I have (including not just Malaysia, Britain, the US and Tanzania but, also, Australia, New Zealand and -- in 2013 -- Japan). And while I may be wrong, I doubt that I will ever see a farm that's as aesthetically impressive as Furano's Farm Tomita, where fields of wonderful smelling lavender and other colorful flowers gloriously grow.

Best Hike: Early in the year, I went on a hike on Po Toi whose route included the officially designated "Rugged Trail" that was too overgrown to go along on my first visit to Hong Kong's southern most island. Upon doing so, I'd emphatically state that even though its most interesting rock formations can be seen without venturing along the Rugged Trail, a hike on that island really is not complete without going on that trail which offers up some pretty amazing scenery of its own -- and I'm so very glad that the second time around, I finally got to see it all!

Best Holiday Destination: On July 1 of this year, Japan stopped requiring Malaysians with electronic passports to have visas to enter the country -- and I celebrated this event by visiting The Land of the Rising Sun twice in the second half of 2013!  In late July, I went to Hokkaido with my mother.  Then in September, I went on a solo trip to Kyoto. While Hokkaido yielded many incredible foodie delights, I actually enjoyed my Kyoto vacation more overall -- because in between often delightful meals, I also saw many incredible sights and had lots of enjoyable experiences, including those involving a certain favorite Studio Ghibli character!

Best Meal: In my 10 highlights of 2012 blog entry, I wrote about the amazing uni that I had at Kiyoshi Sushi. Very sadly, that Tin Hau restaurant closed down early in 2013 -- and worse, I don't even know where the sushi chef and very nice head waitress went after that. Since then, I've only had uni that's as good as that which was regularly served up at Kiyoshi Sushi once -- at dinner one evening in the Hokkaido port city of Otaru. If you can believe it though, I actually had a couple of meals that surpassed that one in Otaru. The first was a kani miso heavy lunch at Sapporo Kanihonke; and the second -- and best single meal I had in 2013 -- was the crab kaiseki feast that I had at another Sapporo kani-ya, this one called Hyousetsu-no-mon.

Best Museum: It may seem hard to believe but I really do reckon that the best museum I visited in 2013 was one located in Vietnam.  The Vietnamese Women's Museum was not only qualitatively on a different level from the other museums I visited in Hanoi but could pretty easily be considered the best museum I've visited in Southeast Asia to date.  Something that this sometime museum professional found gratifying was to see locals -- including a few mother-daughter groupings -- visiting the museum, not just foreigners.  At the same time though, while it's understandable that this museum's visitors are predominantly female, it really would benefit more males to check it out too!

Best Music Album: At the Academy Awards last year, the Best Feature Documentary Oscar went to Searching for Sugar Man, a film about a few dedicated South African fans' search for more information about an American singer-composer-guitarist whose music they loved. After viewing the deservedly award-winning documentary, I immediately went searching for a CD of the film's soundtrack -- and am so very grateful to the film's makers for introducing me to the fabulous music of Sixto Rodriguez.

Best Musician Heard Live: It's that man again -- Chinese classical violinist Ning Feng, that's who!  In last year's list, I wrote about having had the privilege of hearing him play live twice in 2012 -- and so it was again in 2013. If truth be told, the Mozart piece that Ning Feng played at the concert that was part of the 2013 Chamber Music Festival was too easy to allow his talent to be truly showcased. However, at the Hong Kong Philharmonic Orchestra's Jaap's Shostakovich 5 concert, he shone like the genuine star that he now is in the soloist role for their performance of Beethoven's Violin Concerto.
Posted by YTSL at 1:25 AM

Haven't been in a bar for ages had a nice glass of red wine with dinner.

Funny -- I do regularly go to bars... but I have drank any wine in ages! (My tipple of choice is more along the lines of beer and sake!) ;)

Hi YTSL, very cool list of your 2013 highlights! I can see why Po Toi's Rugged Trail made your best hike. Awesome views.

Thanks so much for sharing. I'm looking forward to your 2014 highlights.

Thanks for reading and commenting on my non-Photo Hunt as well as Photo Hunt posts. And ya, if you ever come over to Hong Kong, you should try to get down to Po Toi for a hike. :)