I have friends and family members abroad who imagine that Hong Kong looks like a war zone these days.  Actually, though, when the local constabulary aren't out harassing people, things actually can look pretty much like it used to be, before a good majority of Hong Kong got to realizing what the local authorities were doing to, and the Communist Chinese regime wanted for, the territory (and deciding that we can't return to the normal, because the normal that we had was precisely the problem).  And even though the Wuhan coronavirus still is lurking about, life can be said to be more normal than many might expect of a place that has variously been described as a city on fire and of tears as well as of expired tear gas (and where protests still do indeed take place).

Granted that the vast majority of people have on face masks when venturing outside their homes.  Yes, there are certain shops (owned by the Chinese Communist party and those pro-Beijing Hong Kongers hostile to the majority of the Hong Kong populace) that now have protective steel doors in place outside them -- but, in all honesty, these blots on the landscape really are in the minority.  And yes, many people are metaphorically holding their breath and waiting for the axe to fall on Hong Kong's freedoms (thanks to the national security law that the Communist Chinese regime is going to impose upon it and the people living here).

But even while the streets can feel less crowded, especially late at night and in formerly tourist-infested areas like Tsim Sha Tsui, it all looks okay for the most part, at least on the surface.  You don't have to just take my word for it.  Instead, here are some photos taken earlier week -- on a bus ride through Kowloon late one afternoon and a tram ride in Hong Kong Island after midnight -- for you to see and judge for yourselves (and actually, feel free to let me know what you think in the comments thread, etc!)... 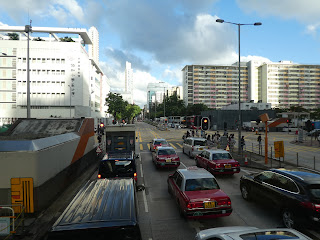 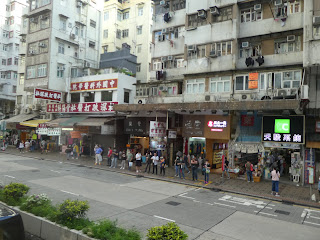 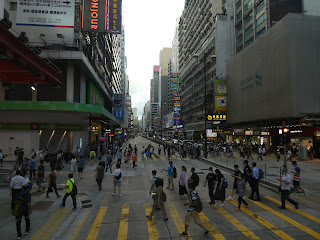 Lots of foot traffic, as per the norm, in Mongkok 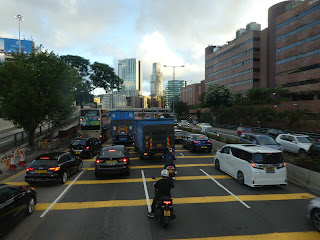 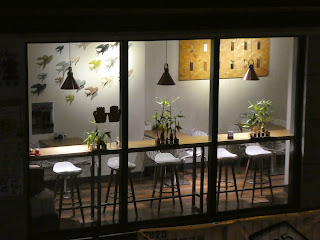 An empty and closed eatery that I expect to be full
during daytime (BTW, notice the lack
of protective metal covering, etc. over its windows) 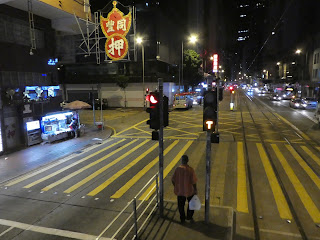 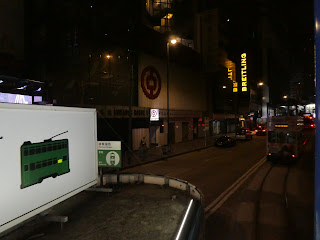 Even the Bank of China is back to having its ATMs
available to dispense cash, etc. after office hours 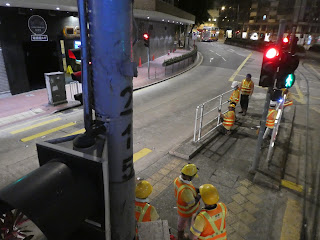 And these days when you see yellow hard hats being worn,
they are more likely to be by workers out repairing infrastructure
(or working on building sites) rather than protestors
Posted by YTSL at 6:10 PM