Today was the final day of the three day APEC Summit that took place in Beijing.  (Update: other sources say that it runs until Tuesday, November 11.) While it was on, the thought went, the authorities over here would not move to cause any unsightly scenes at the areas currently being occupied by members of the Umbrella Movement.

But now, with the meeting's conclusion, fears that the authorities will forcibly attempt to clear the protest areas has returned; with the feeling heightened by my reading a news report that the police could move on the Occupy Mongkok camp as early as this Wednesday.

If (or when) this happens, it really would be too bad; this not least since in recent weeks, the police have indeed been acting in a restrained manner and regular people have stopped worrying when encountering a police officer that they'd get beaten up for no real reason.  It also would be such a tragedy for the peaceful air that currently prevails at Occupy Admiralty and Causeway Bay, and the non-violence that's actually the norm at Occupy Mongkok, to be jarringly disturbed and disrupted... 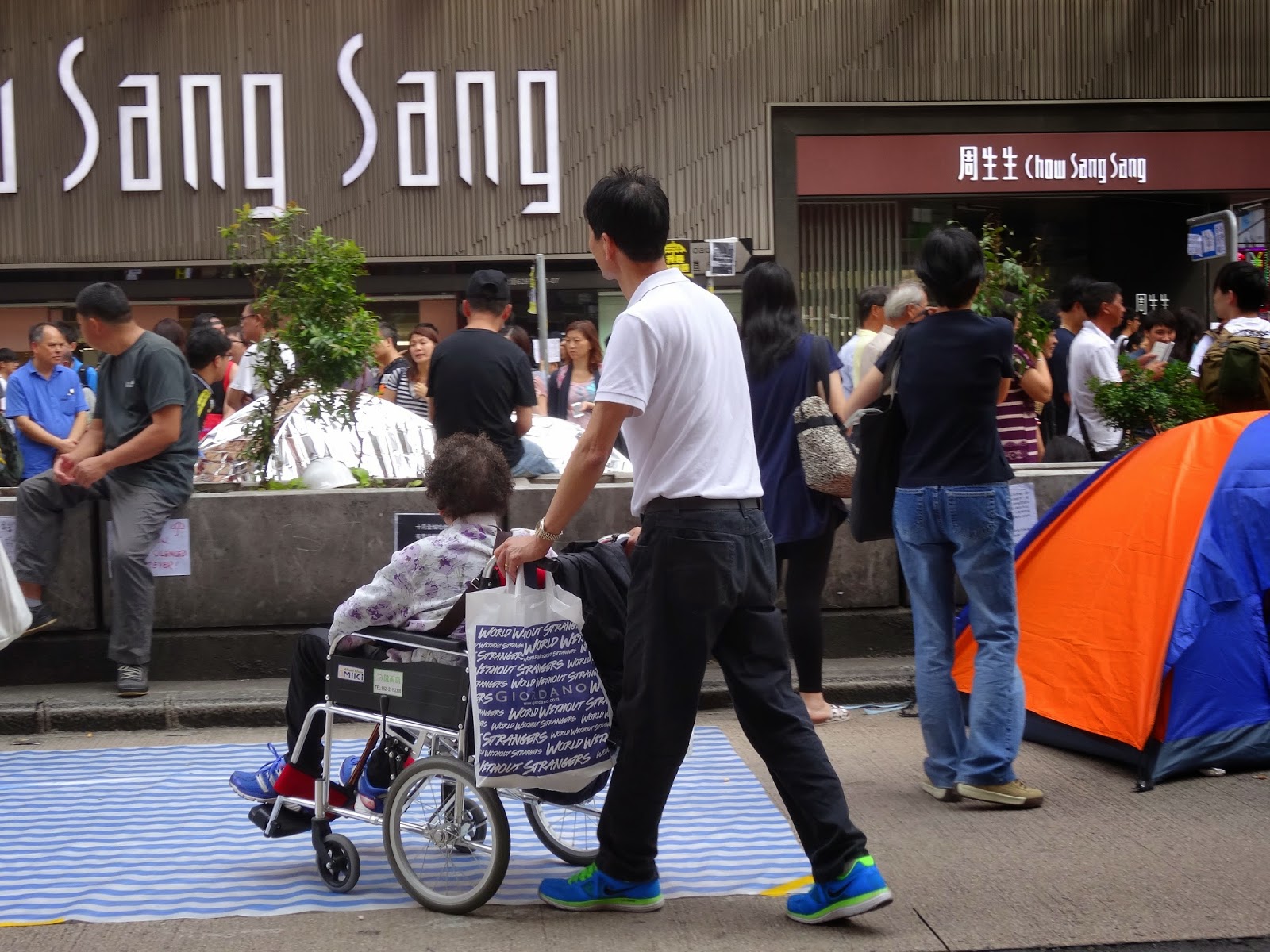 Photo taken a fortnight ago at Occupy Mongkok --
do the people in the picture look like troublemakers to you? 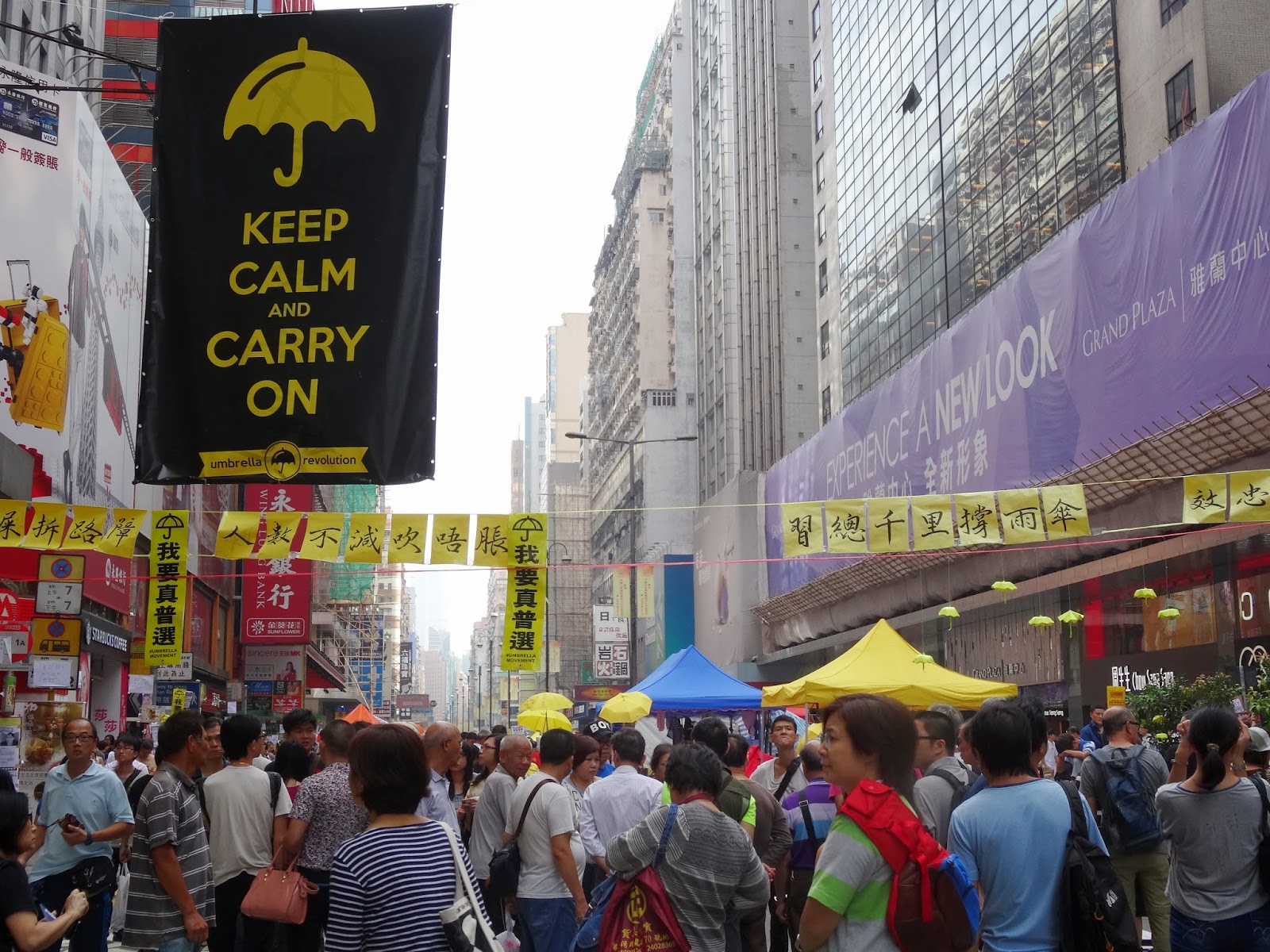 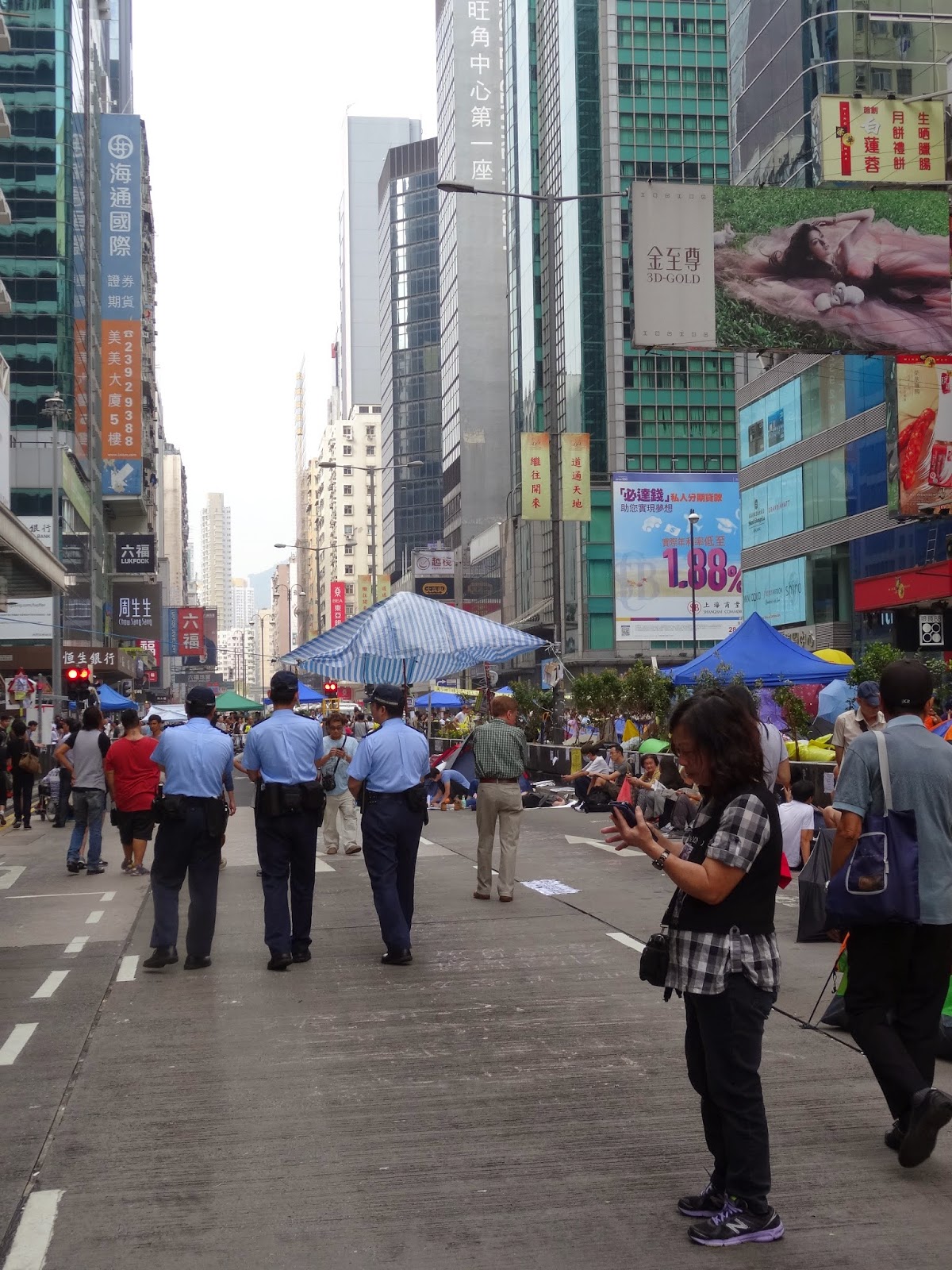 Unexpectedly, police officers appeared free to stroll about
in the protest area there (and could be seen helping
to calm down anti-Occupy hotheads filled with hot air)! 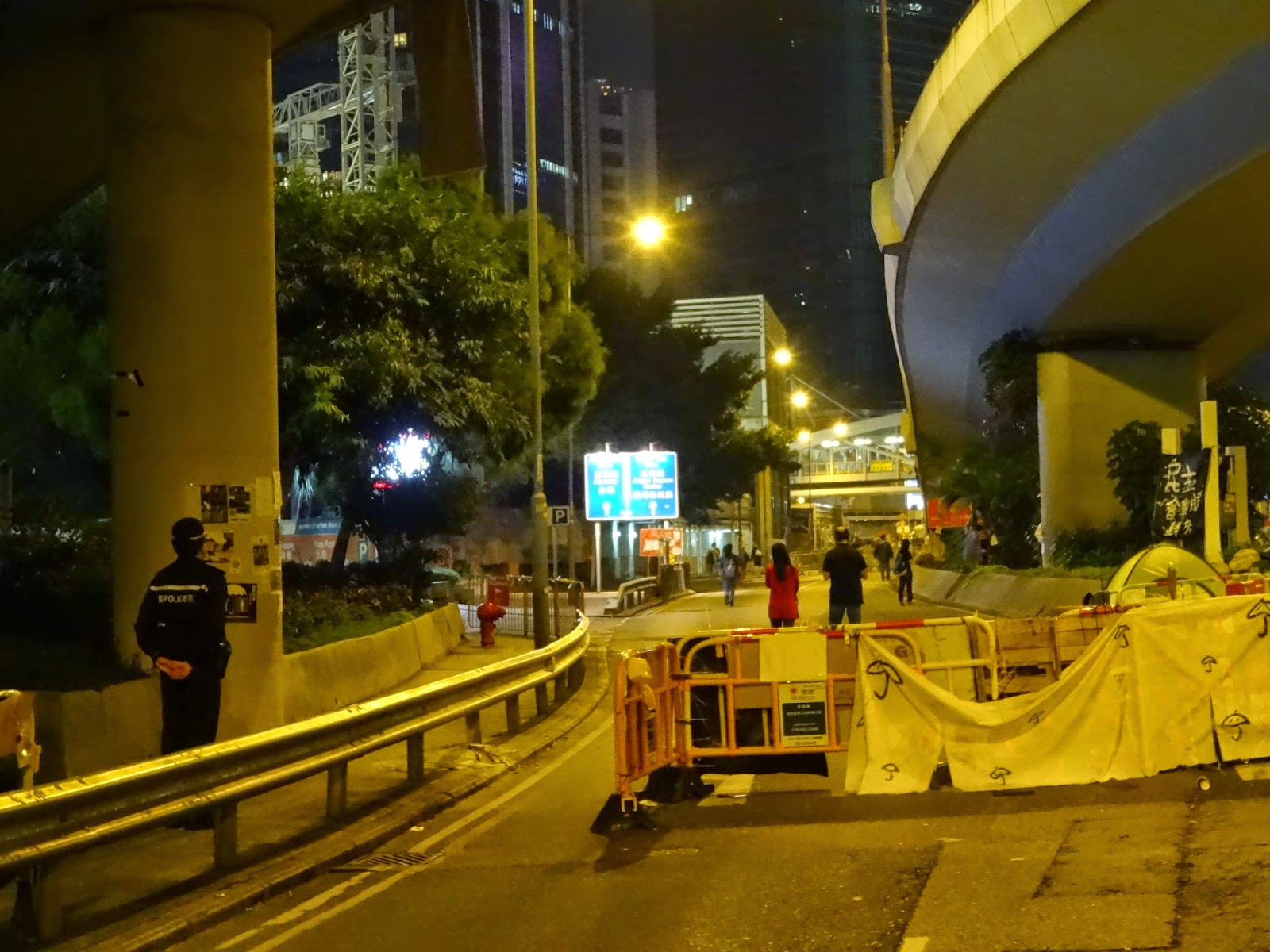 Near the border of Wan Chai and Admiralty last night,
the police seemed content to just look on while people
made their way to the main section of Occupy Admiralty 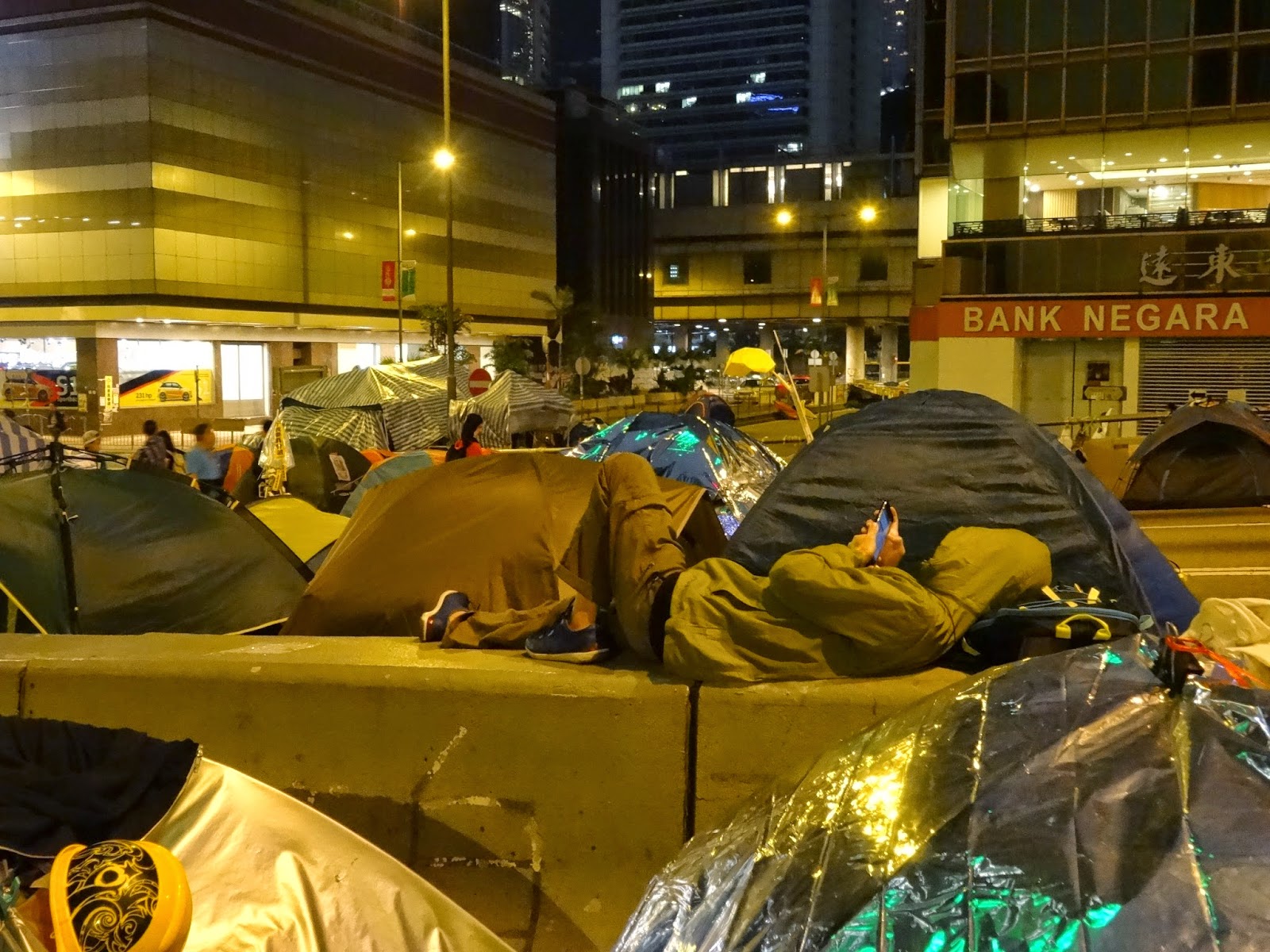 Fall weather has come to Hong Kong, but like with the hot sun
and dampening rain, the chill has not detered many from
staying on at -- never mind visiting -- the protest areas 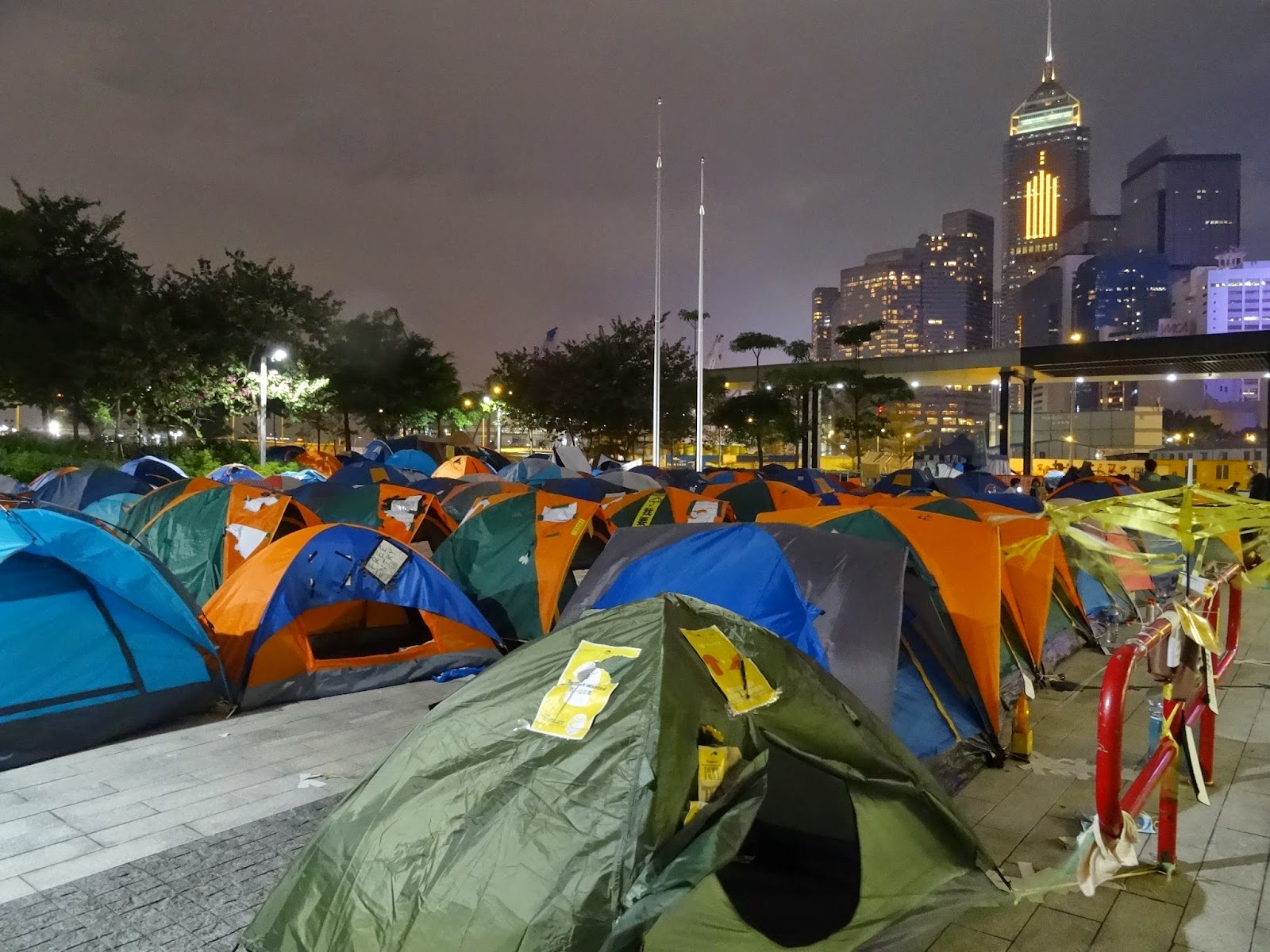 What the chill has wrought though appears to be
the setting up of still more tents in the Occupy sites! 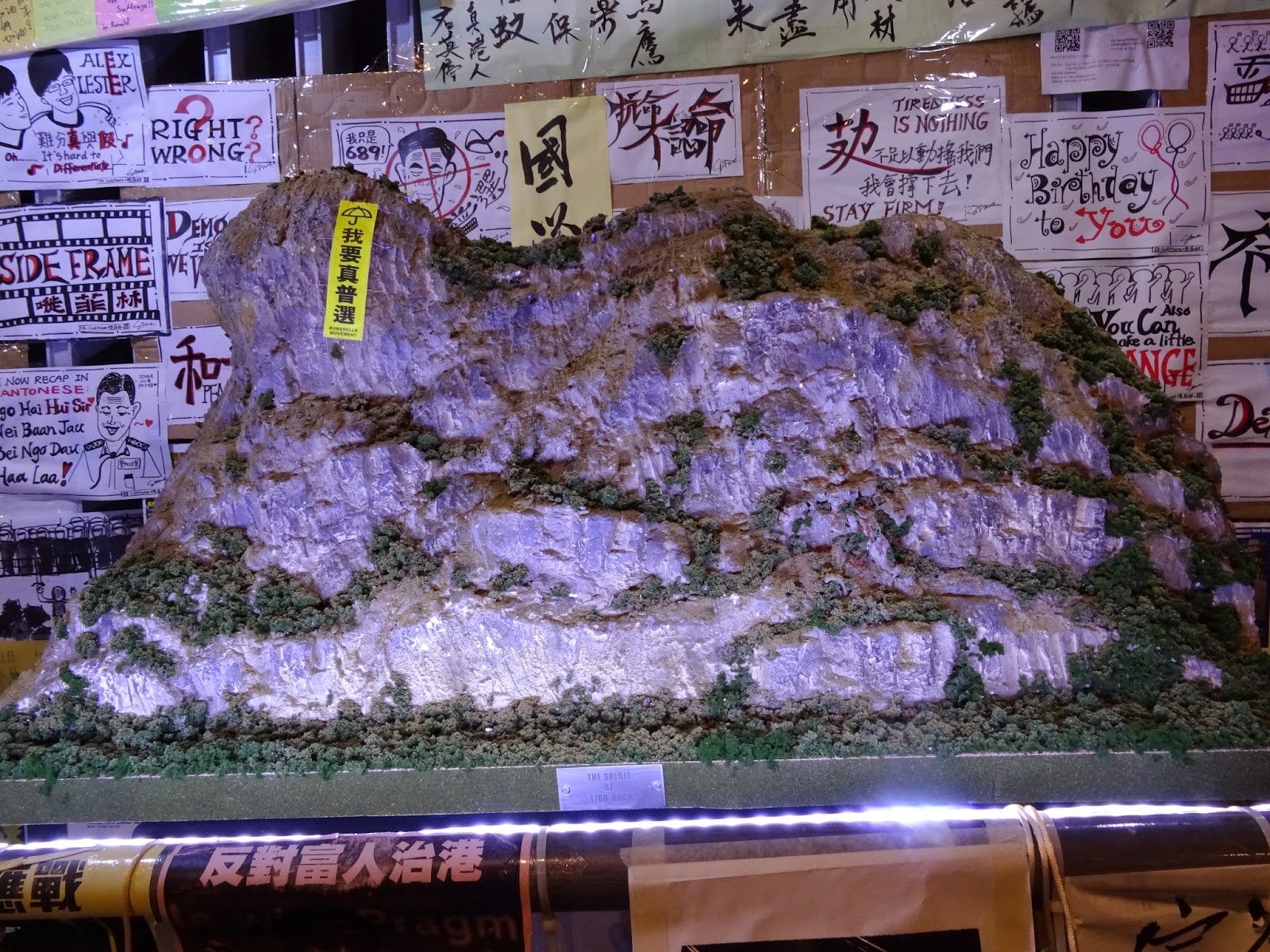 Yesterday evening, I also spotted a larger Lion Rock model
at Occupy Admiralty than I had seen when I was in the area
with the blogger behind The Fragrant Harbour last week Still, it's not as big as this Totoro cutout -- which is
taller than me... and, yes, can be found at Admiralty
showing its support of the Umbrella Movement ;)
Posted by YTSL at 10:38 PM

I'm praying that nothing bad happens when the police make a move on Occupy Mongkok. BTW, SCMP is starting to pay-block some of the Occupy articles, like the one you linked to.

I hope you were able to get somebody to take a picture of you standing next to Totoro! ;D

I really hope nothing bad ensues too at the protest areas.

Re SCMP: I think all the articles are back to being behind a paywall -- but one gets the first 10 free, right?