Something I forgot to add in my previous photo-essay about the Tai Mo Shan hike I went on with two friends one summer's day: a few days before, typhoon signal number 10 had been raised in Hong Kong on account of Severe Typhoon Vicente having come to visit.  And when we got to the top of Hong Kong's highest mountain, rain clouds threatened for a time.

Consequently, my hiking party abandoned our plans to go along all of Maclehose Trail Section 8 in reverse down to Lead Mine Pass (and from there, down towards Tai Po or southwards to Shing Mun Reservoir).  Instead, like the men of the Grand Old Duke of York of nursery rhyme fame, we went back down the hill after going up it -- though, fortunately, we didn't end up being "neither up nor down" it! ;b 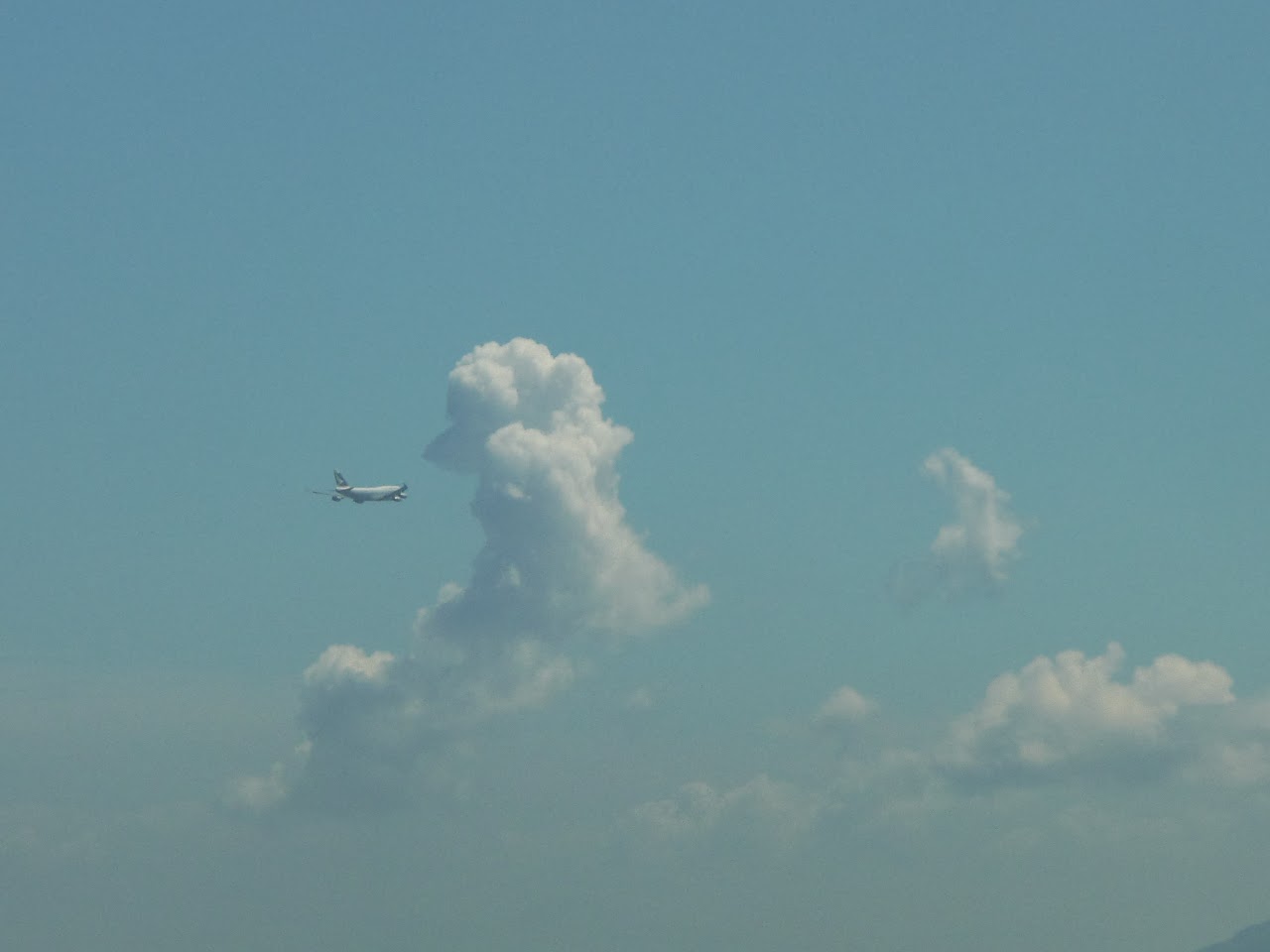 Spotted in the sky over Hong Kong that day -- a plane
flying near a cloud that looks like a clenched fist to me! ;O 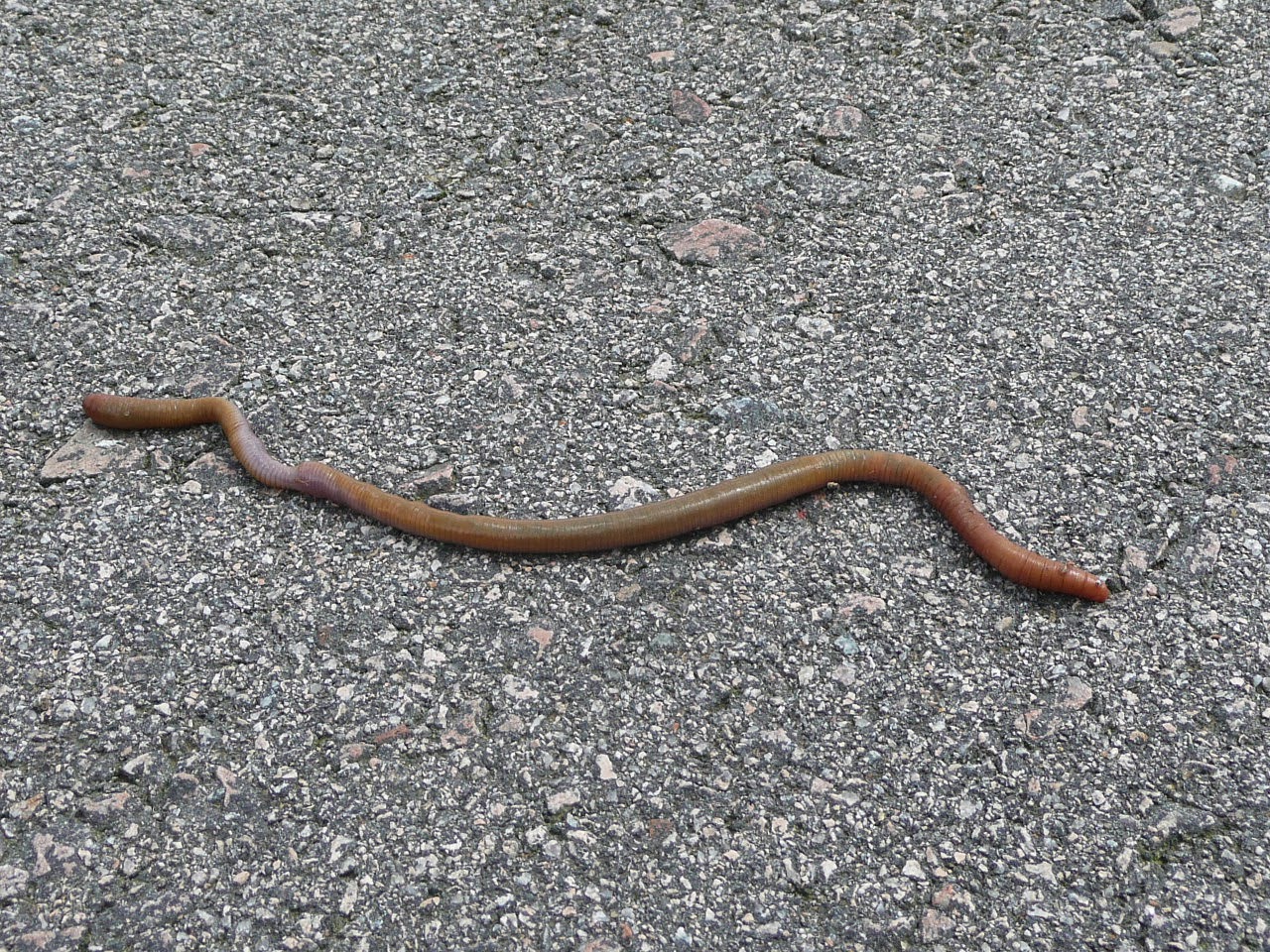 Down on the ground, large earthworms like this
threatened to freak out one of the members of our party! ;D 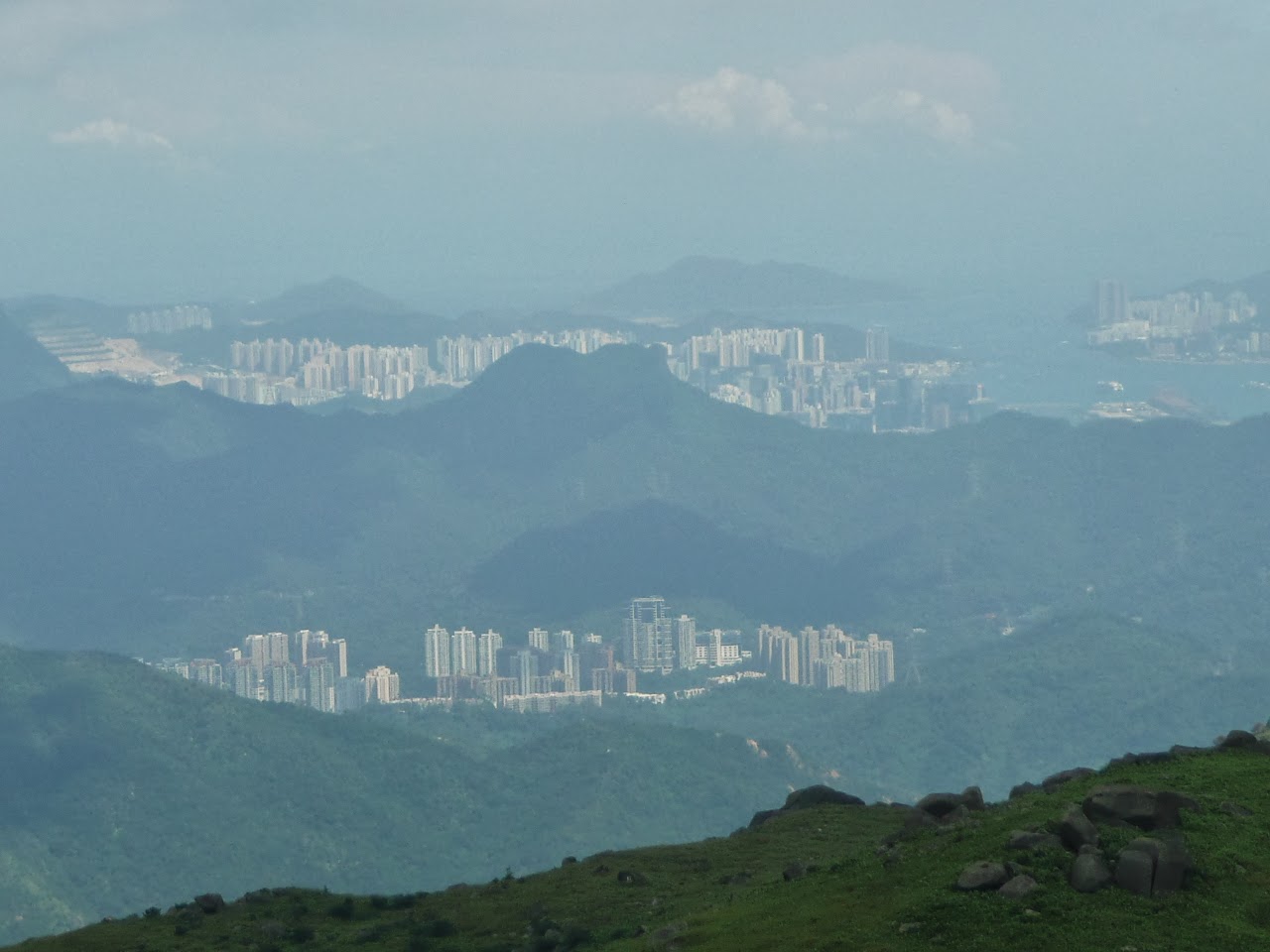 Can you spot the silhouette of Lion Rock in
the middle of the photo? 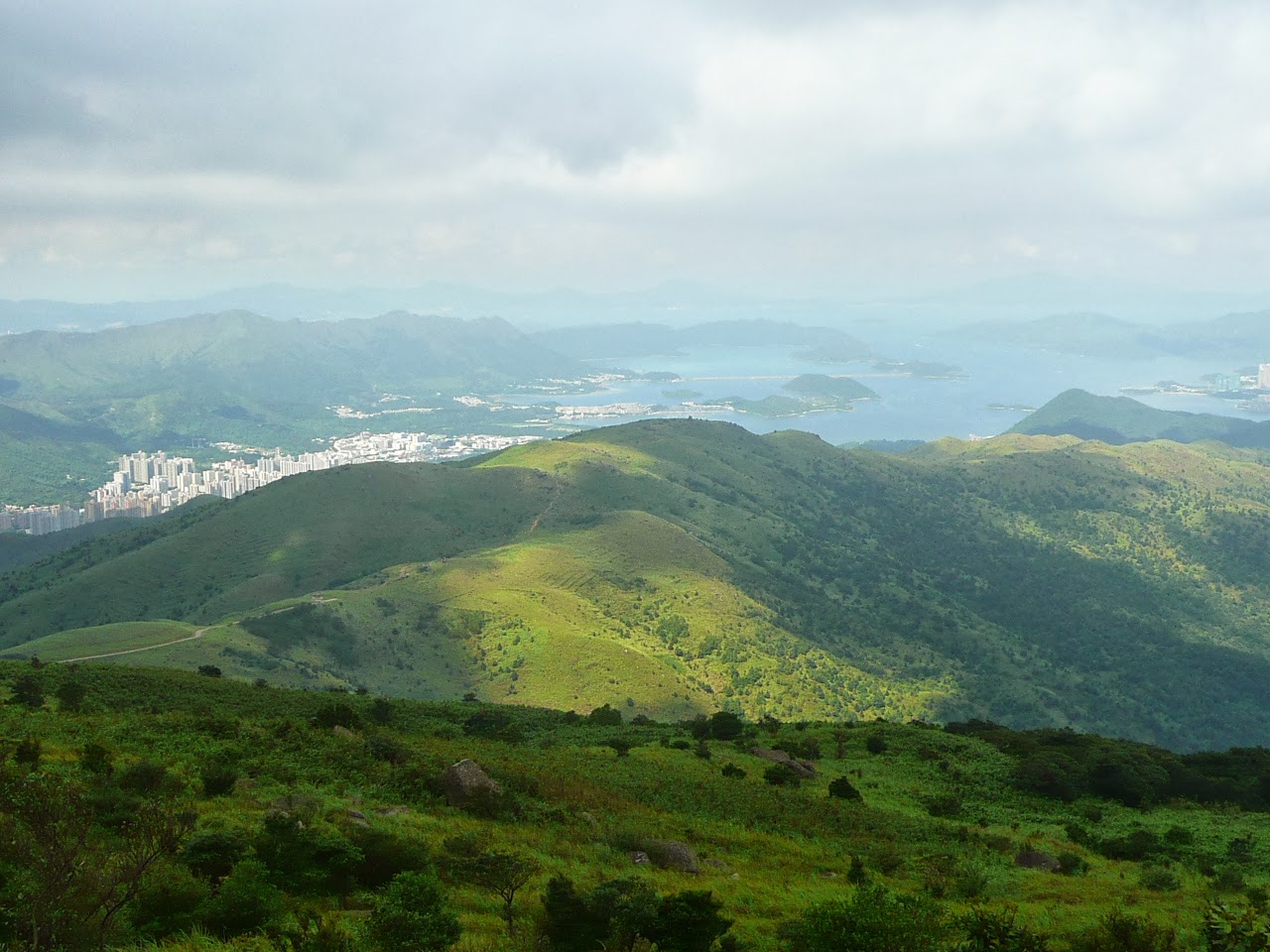 Looking northeastwards to the Tolo Harbour,
Pat Sin Leng and their surrounding territory 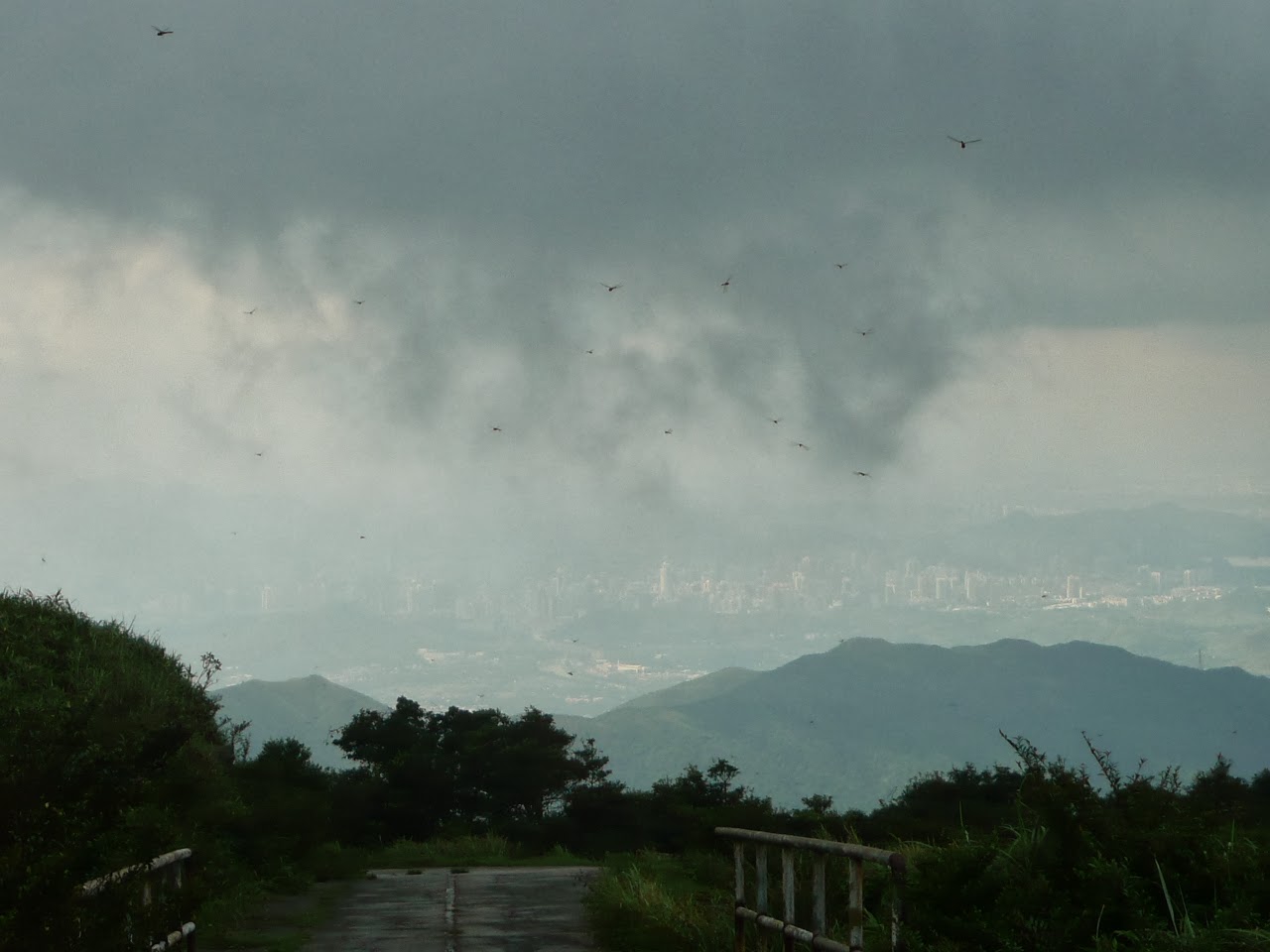 As rain threatened, many dragonflies bunched together
as well as took flight 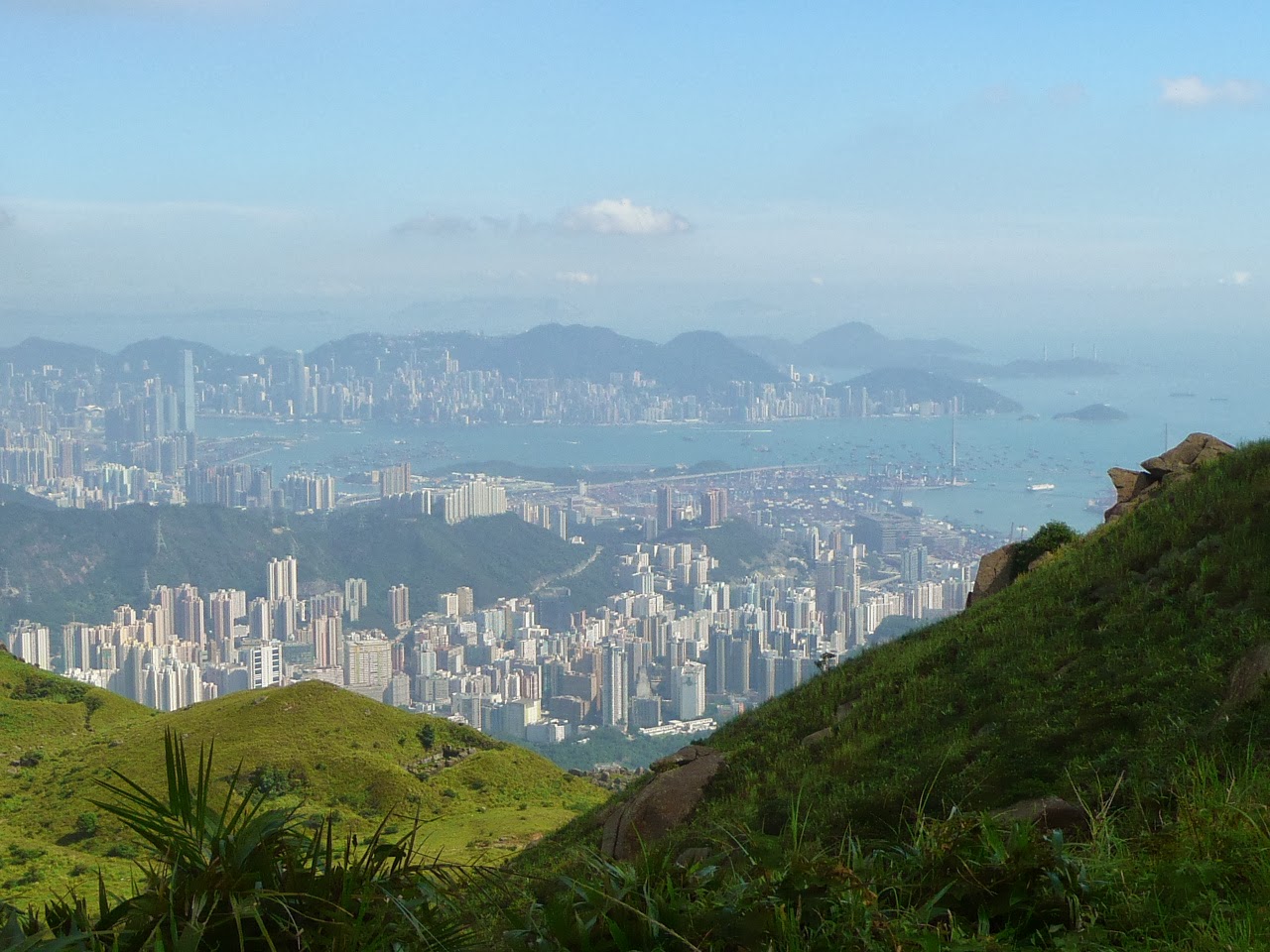 But as we made our way back down along the same route
that we had taken up Tai Mo Shan, the blue skies returned I'm not sure whether the cows liked that bush as food
or for the shelter it offered them but they sure did
nestle up close to it! 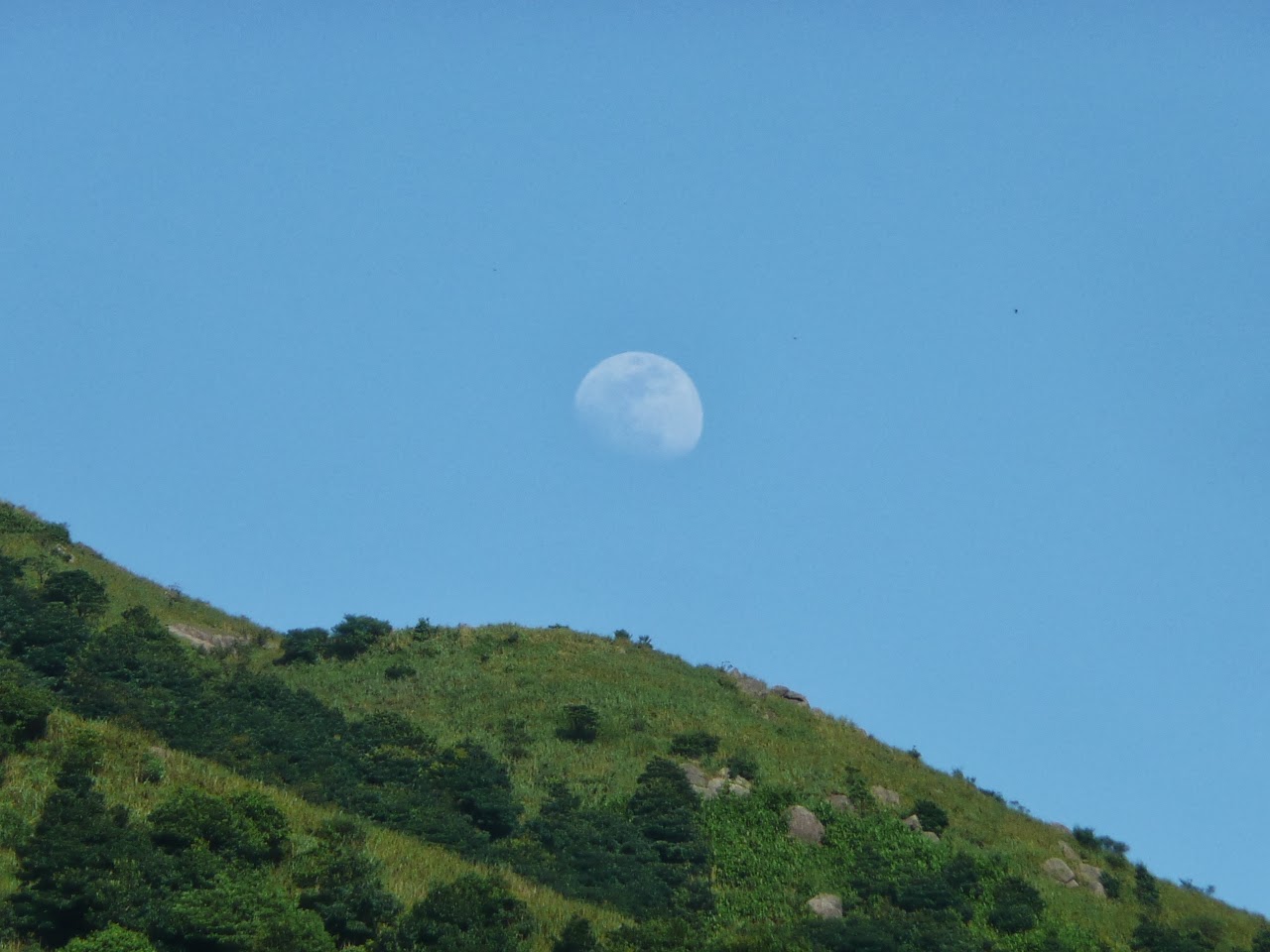 It honestly wasn't that late when we headed back down
Tai Mo Shan, yet the moon already was visible in the sky! :O
Posted by YTSL at 8:27 PM

This followup to your previous Tai Mo Shan essay really captures the moody weather of that day in the Territories.

Third photo from the top. The way you framed the foreground rocks on the green slope, they resemble a megalithic ruin. This leads the eye to the white buildings clustered between the eroded mountains. Those white towers look like a toy city. This is all subjective, but in this photo nature seems to reduce this part of Hong Kong to a transitory presence.

Fifth photo from top. Dragonflies? I thought they were a flock of birds. Interesting...This photo freezes a moment of temperamental weather in action...In the background, I've never seen the city look so evanescent, as if it were about to vanish in a storm. A day on the mountain to remember.

Yes, those really are dragonflies in the fifth photo from the top. BTW, there are butterflies here that more than one person has mistaken for birds -- so big are they. Amazing, eh? :b