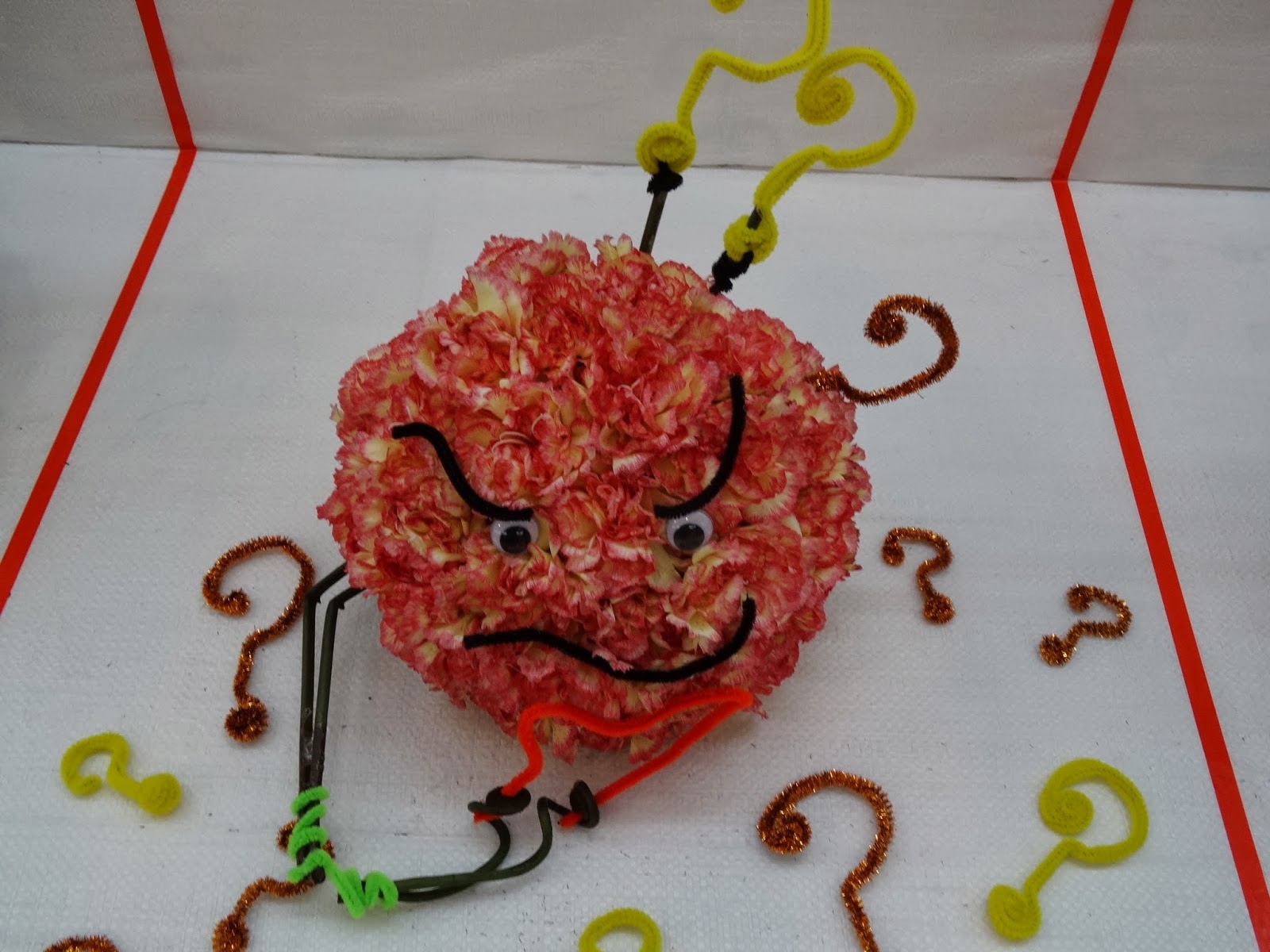 Anyone going to guess what this is? 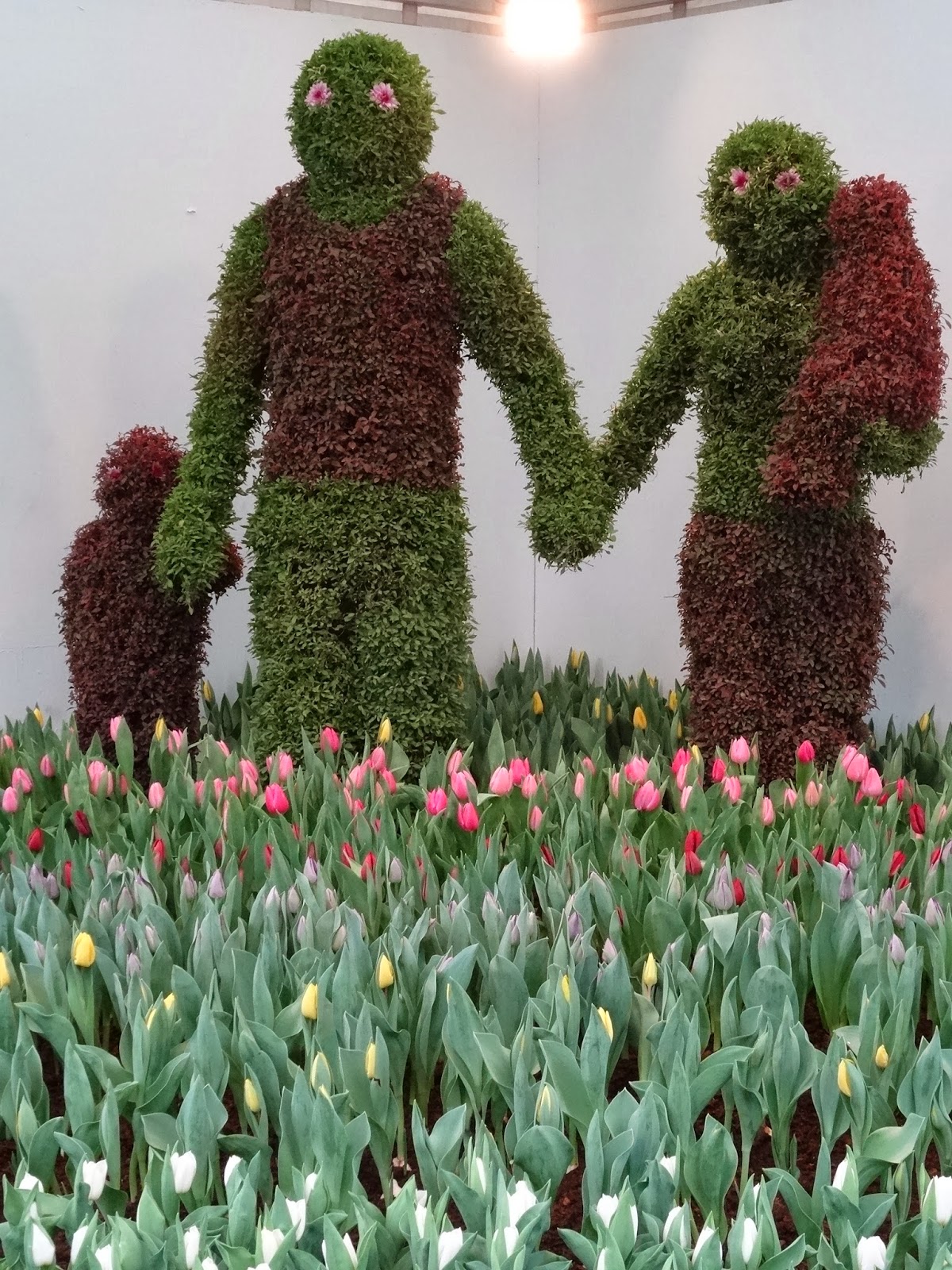 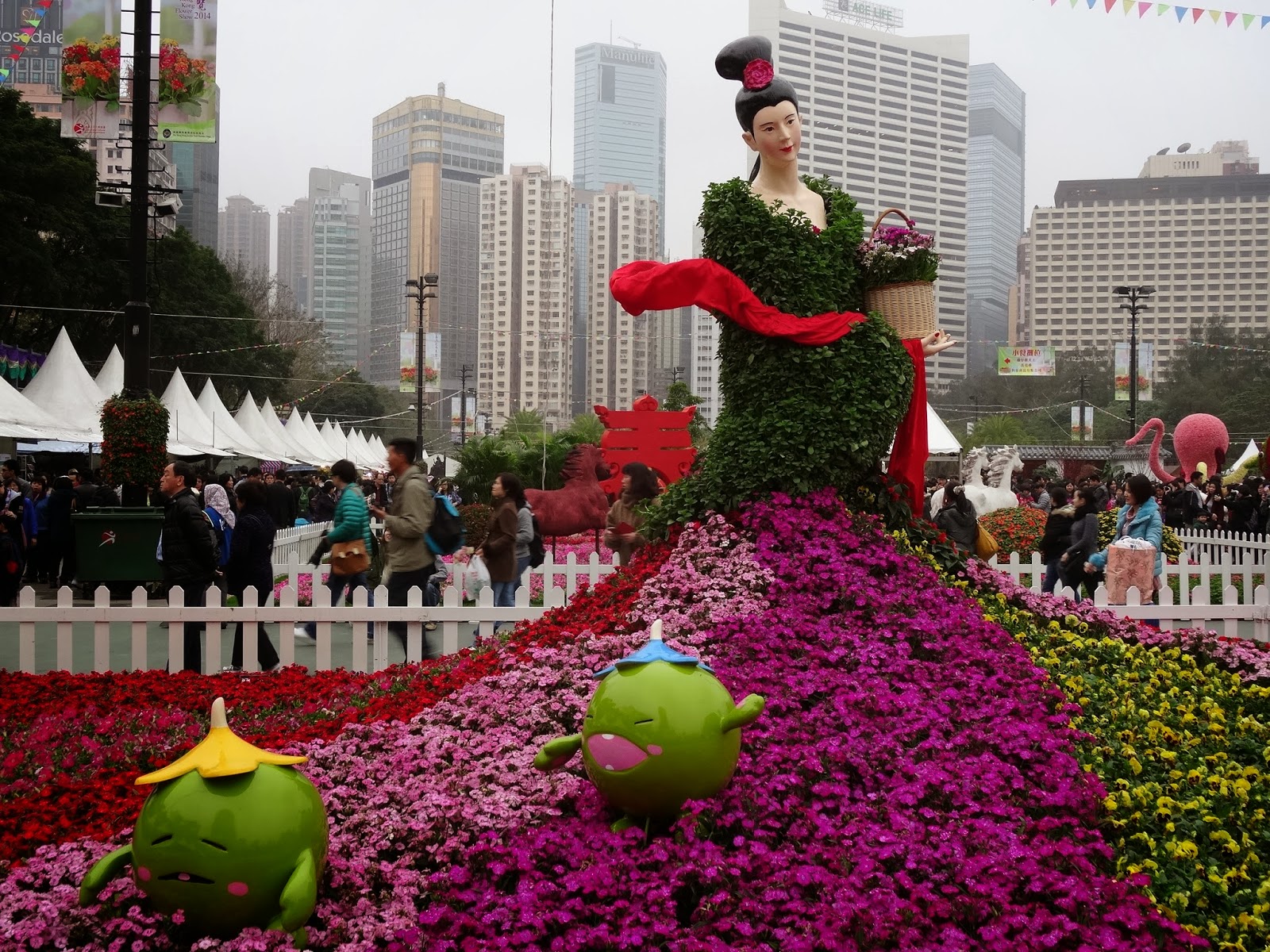 ...but they, along with the above goddess-like figure and
her pea-shaped companions, were among the items
on display at this year's Hong Kong Flower Show :b

After the weather this weekend promised to be much like last Sunday's, only several degrees cooler, I decided to not go hiking today and spent a large part of the day at home recharging my batteries instead.  But although yesterday was just as -- if not more -- gray, damp and cold as today, a friend and I nonetheless went ahead and met up at Victoria Park to take in the Hong Kong Flower Show.


While this was my friend's first experience of this annual horticultural extravaganza, I had been a couple of times before, so knew to expect to see some pretty amusing as well as impressive floral displays at the show. So it was par for the course for me to catch sight of a pair of friendly looking 'giraffes' made out of flowers surrounded by large smiley 'flowers' also made up of hundreds of flowers near the western end of the park, as well as to behold a oceanic themed display that included floral arrangements made to look like fish, one seahorse, one oyster with a pearl in it, one octopus and one star fish in the central area.

As my friend and I walked deeper into the show grounds however, certain more... unusual displays caught our attention.  Specifically, I can't quite figure out why people would think up and create floral displays that look like extra-terrestrial beings -- and why the Qingdao authorities would go for a display that included not only a traditional Chinese goddess-type being but also a number of anthropomorphized green peas as her companions!

In any case, those displays definitely did stand out and cause my friend and I much amusement.  For those who prefer beauty over weirdness though, please be rest assured that there's plenty of the former at this event.  And if you're in Hong Kong anytime between now and March 16 (or around this time next year, etc.), I'd highly recommend a visit to the Hong Kong Flower Show -- even on a day that's considerably less bright and 'spring feeling' than when I visited in previous years! :)
Posted by YTSL at 10:51 PM

After reading this blog earlier in the week, I found that these photos began to haunt me. I don't know what the top photo is, but I'm sure Puppet Ponyo might be amused by it. The first thing that came into my mind is that it is a variation of a famous still from a silent film of a rocket ship lodged in the face of the man in the moon(I believe the film is Georges Melies A Trip to the Moon)...

The extraterrestrial flower people would look perfect at the entrance to a World's Exposition promoting universal peace...The wonderful bottom photo could be Guan Yin or Tin Hau...Or, whatever someone's vision of a goddess-figure might be.

The Flower Show looks like a good place to "recharge" one's batteries and an enchanting way to extend the New Year's positive attitude...It also looks like a great place for a photographer to get good shots, not only of the flower creations - but also of the unposed expressions on the faces of the adults and children!

Teehee re your ruminiations re the first and second photos. Agree with you re the bottom photo and the Flower Show though. :)