Early in the week is when I usually put up hiking photo-essays (like this one) but for the second week running, I'm opting for something different. Last week, it was an excursion to Yim Tin Tsai.  Today, I'm going to share some photos from the time I spent at Beertopia this past Saturday!

Hong Kong's largest international craft beer festival was started back in 2012. The first two years, I was afraid of going because I had this vision of it being overly packed with the kind of people I sometimes see on the puke- and broken glass-ridden streets of Lan Kwai Fong on a Friday or Saturday night -- or worse, full of sleazy folks looking to hook up with others for an easy drunken lay (like the bar quarter of Wan Chai at its worst).

But after scanning the list of of over 400 craft beers that would be on offer at Beertopia this year and seeing some old Philadelphia area favorites that I've yet to encounter here in Hong Kong, I decided to give it a go.  Having gone for an early bird Saturday afternoon pass, I headed over to the West Kowloon Waterfront Promenade that was the venue for this year's three day fest at around 12.30pm.

Although I was supposed to only stay until 5pm, I ended up only leaving at 9.30pm -- having had a grand old beer geek of a time sampling various beers, chatting to brewers, walking around, hanging out with some friends I discovered had separately decided to check out the fest... and scoring a vendor's pass at some point that allowed me to stay on late into the evening! ;b 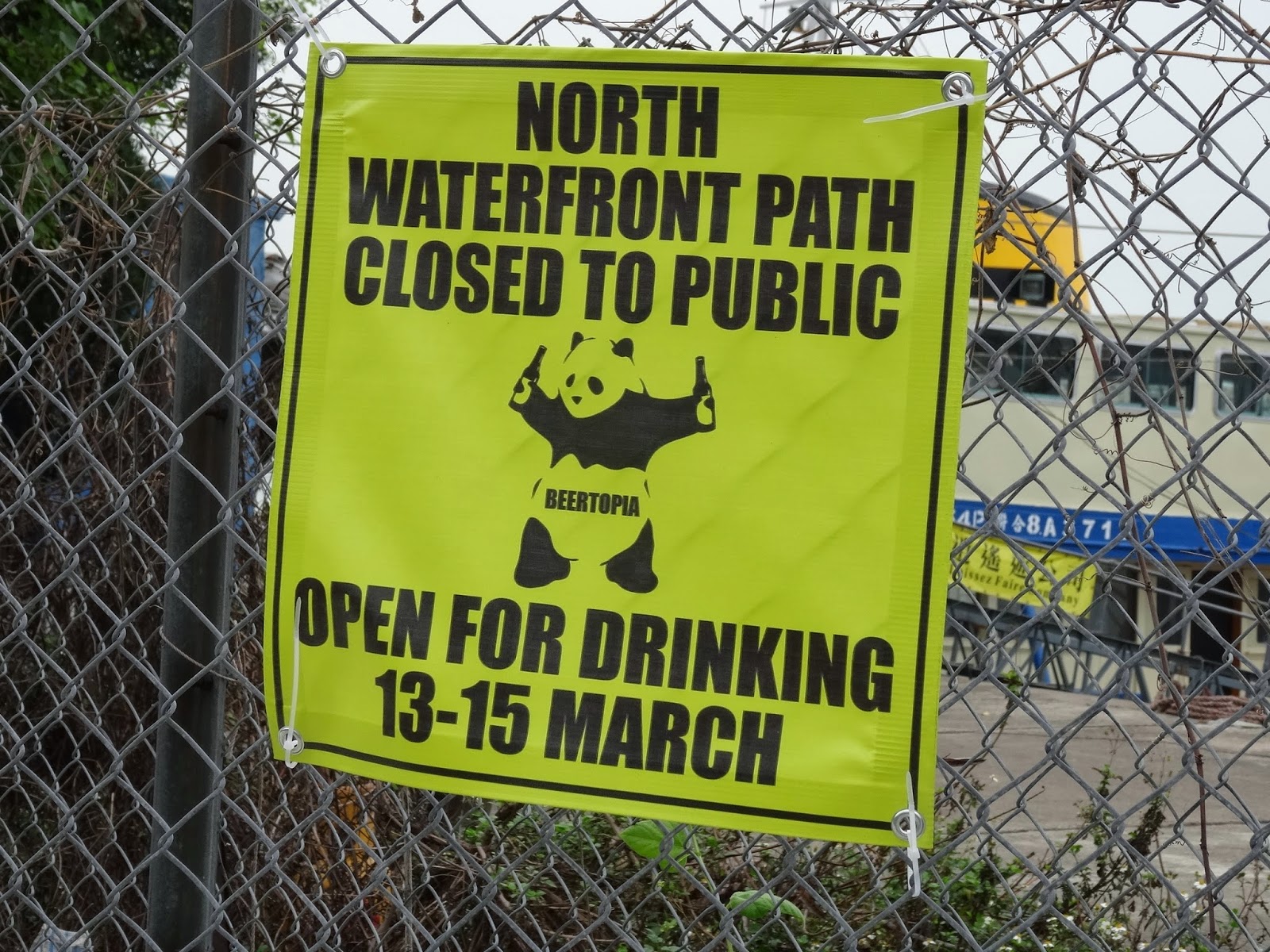 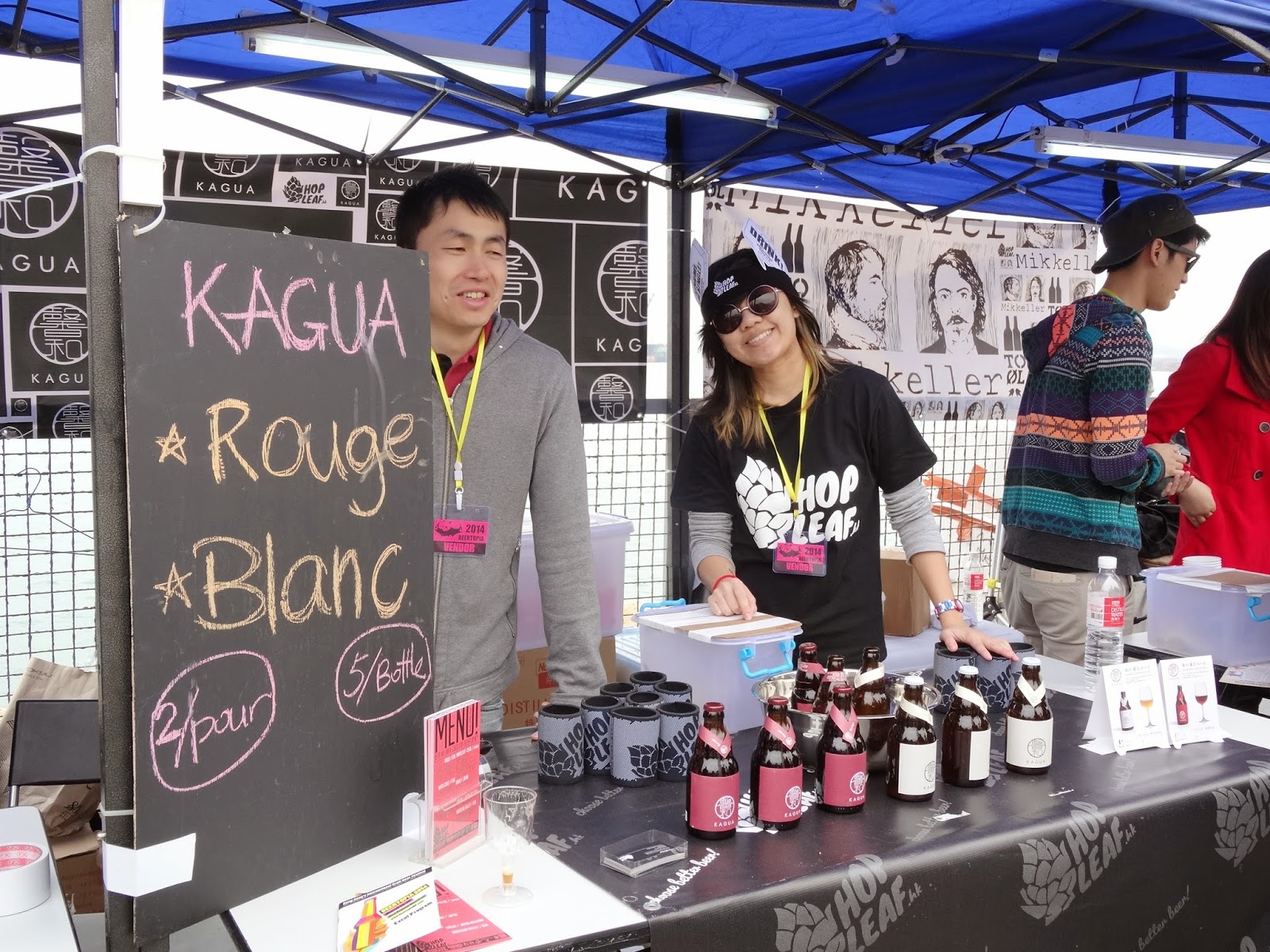 The Kagua beers -- in particular, the blanc -- of Nippon Craft Beer
were the revelations of the day for me, and I loved that I got to talk
to company CEO Shiro Yamada (on the left of the pic) at Beertopia :) 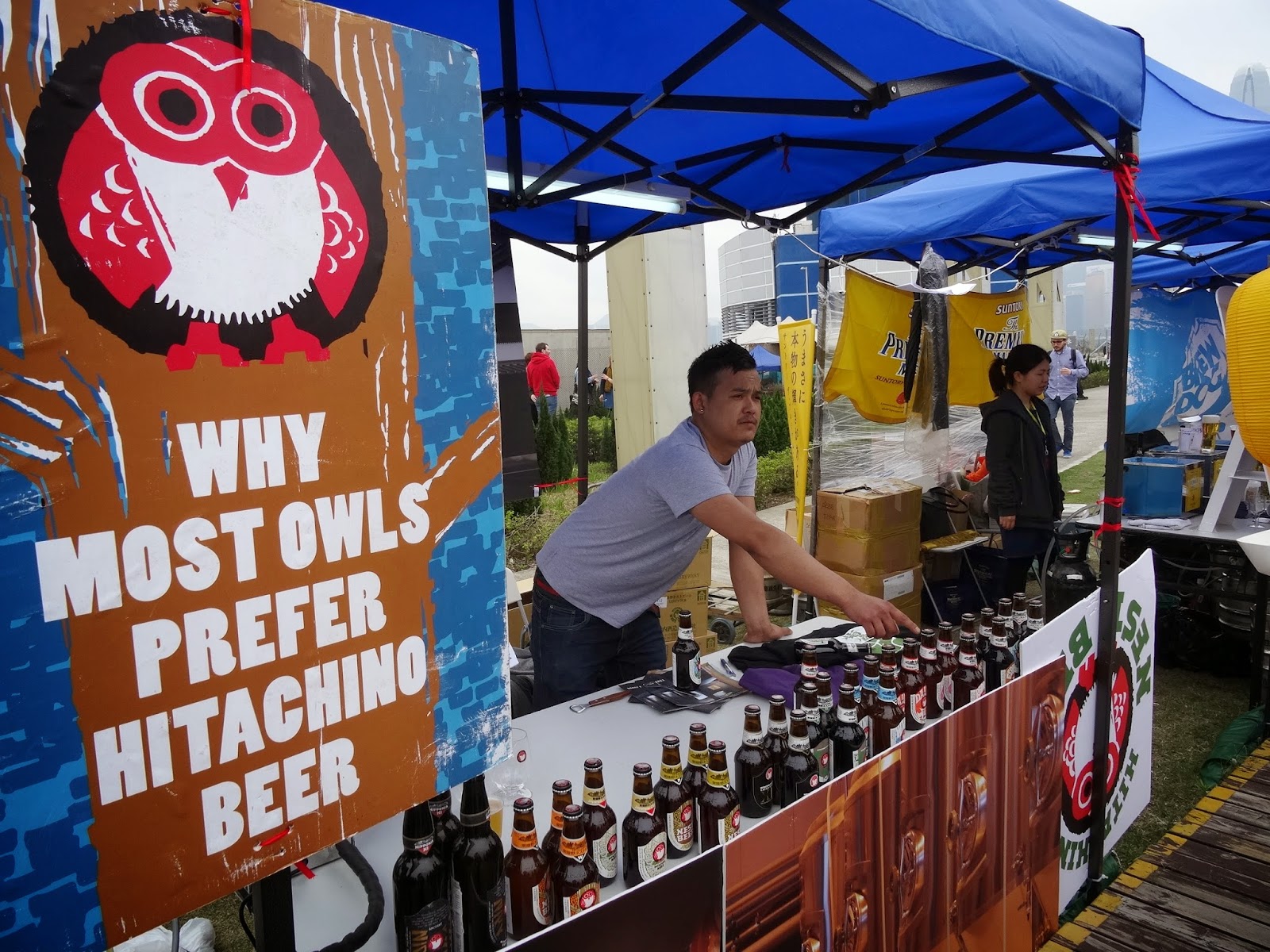 Japanese microbrews were well represented at Beertopia, with
Hitachino Nest beers being among those with a dedicated stall 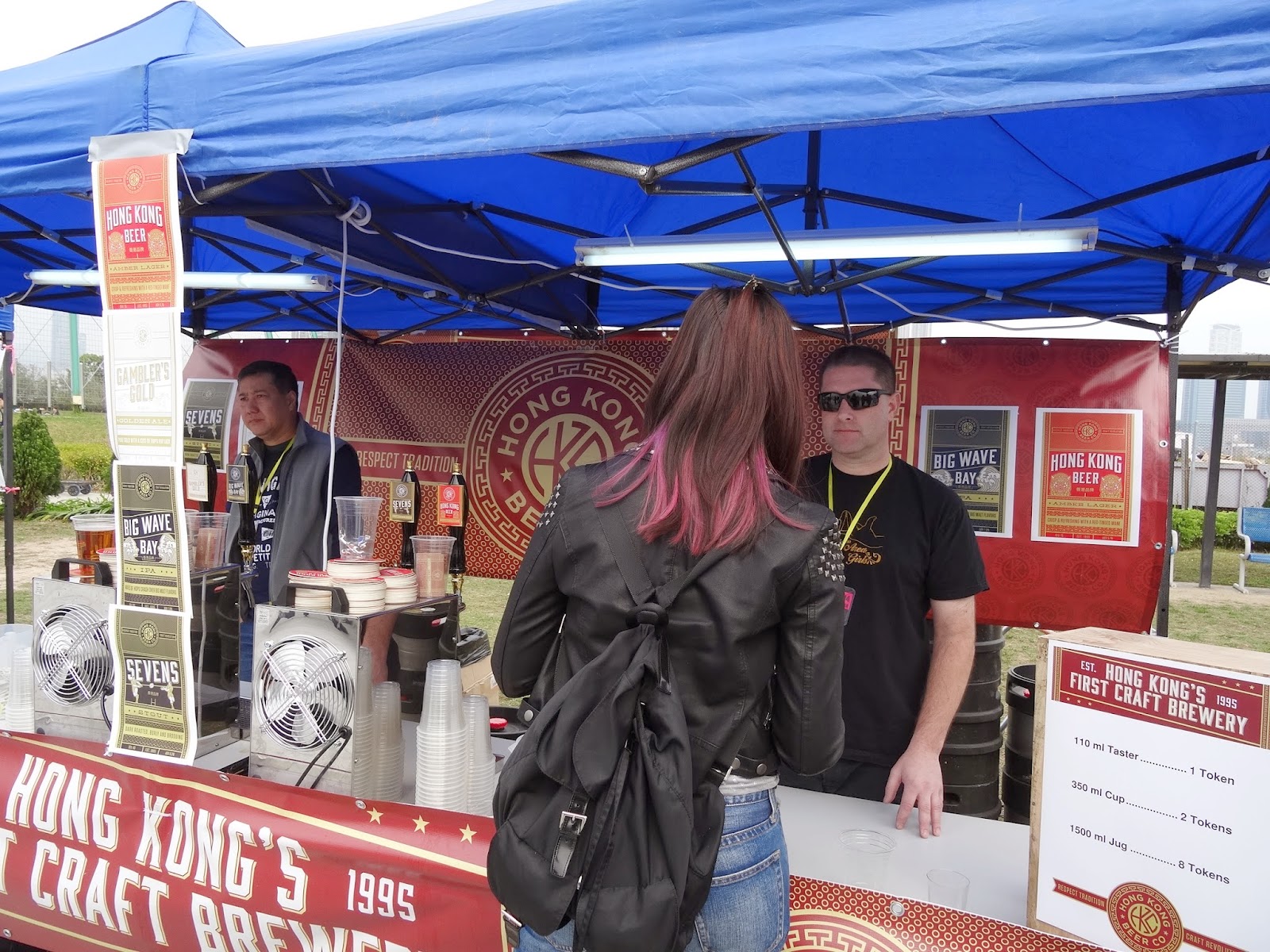 The Hong Kong Beer Company stall featured new beers
brewed by new brewmaster Simon Pesch (facing the camera),
including freshly brewed batches of the Big Wave Bay IPA he says
is his personal favorite of all the company's all-year-round offerings 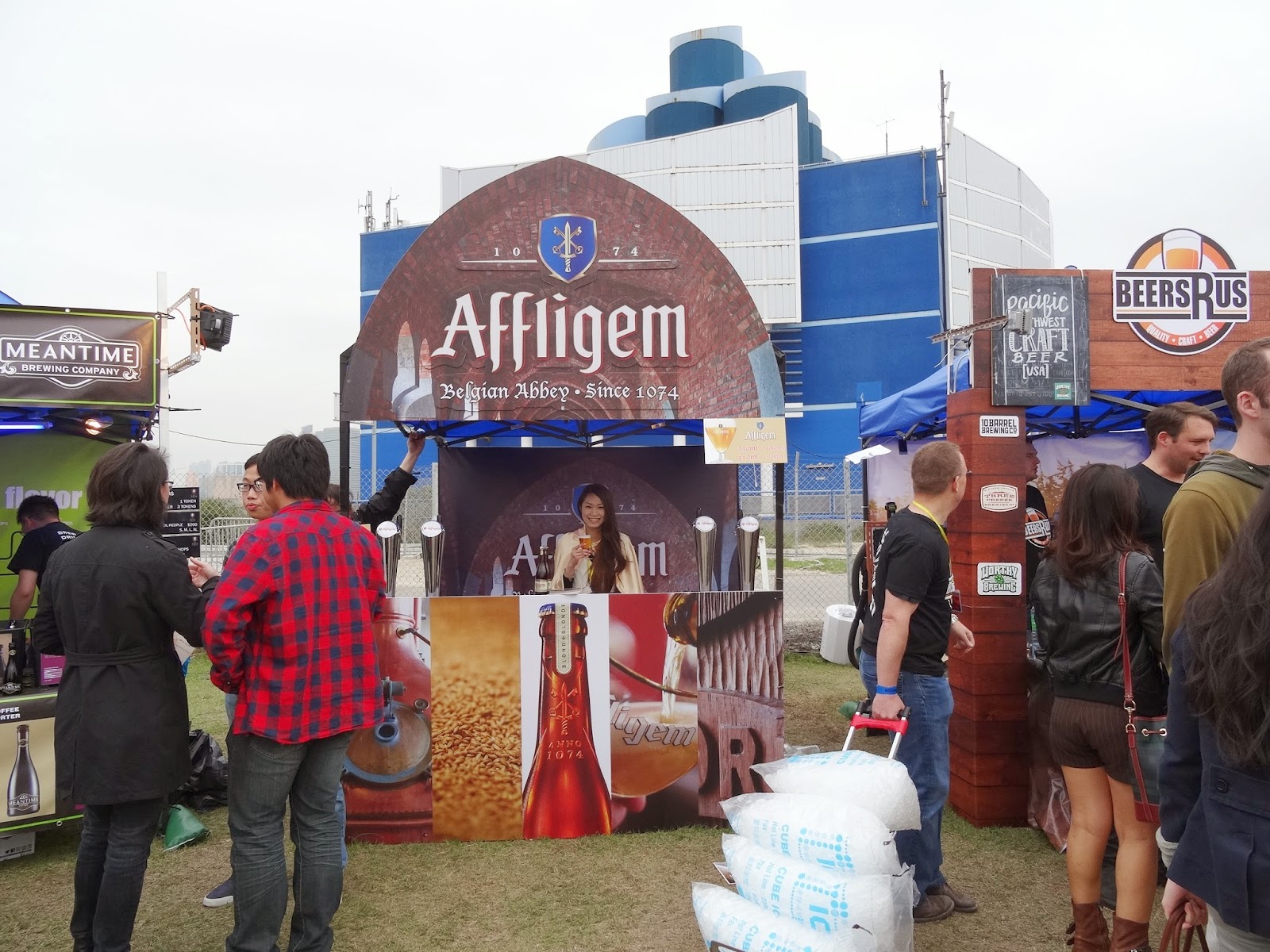 The beer geek in me got all excited when I saw
that the Affligem Blonde Abbey Ale was
actually available on draft at Beertopia!!! :b 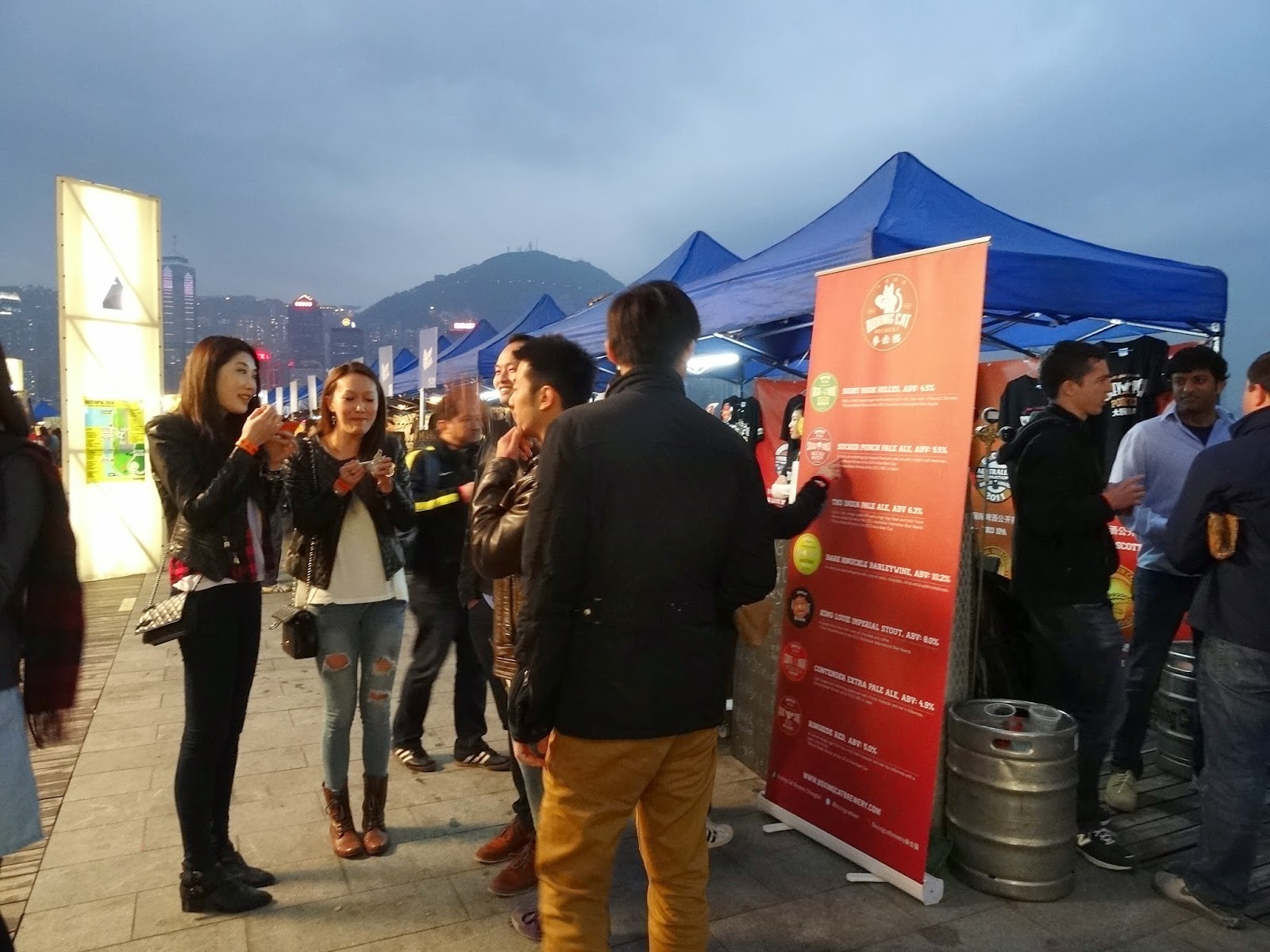 I spent quite a bit of time hanging about at the Boxing Cat Brewery
stall sampling its beers, chatting to brewmaster Michael Jordan
(yes, really!) and other team members -- but forgot to take
a photo of it until the night had fallen! :O 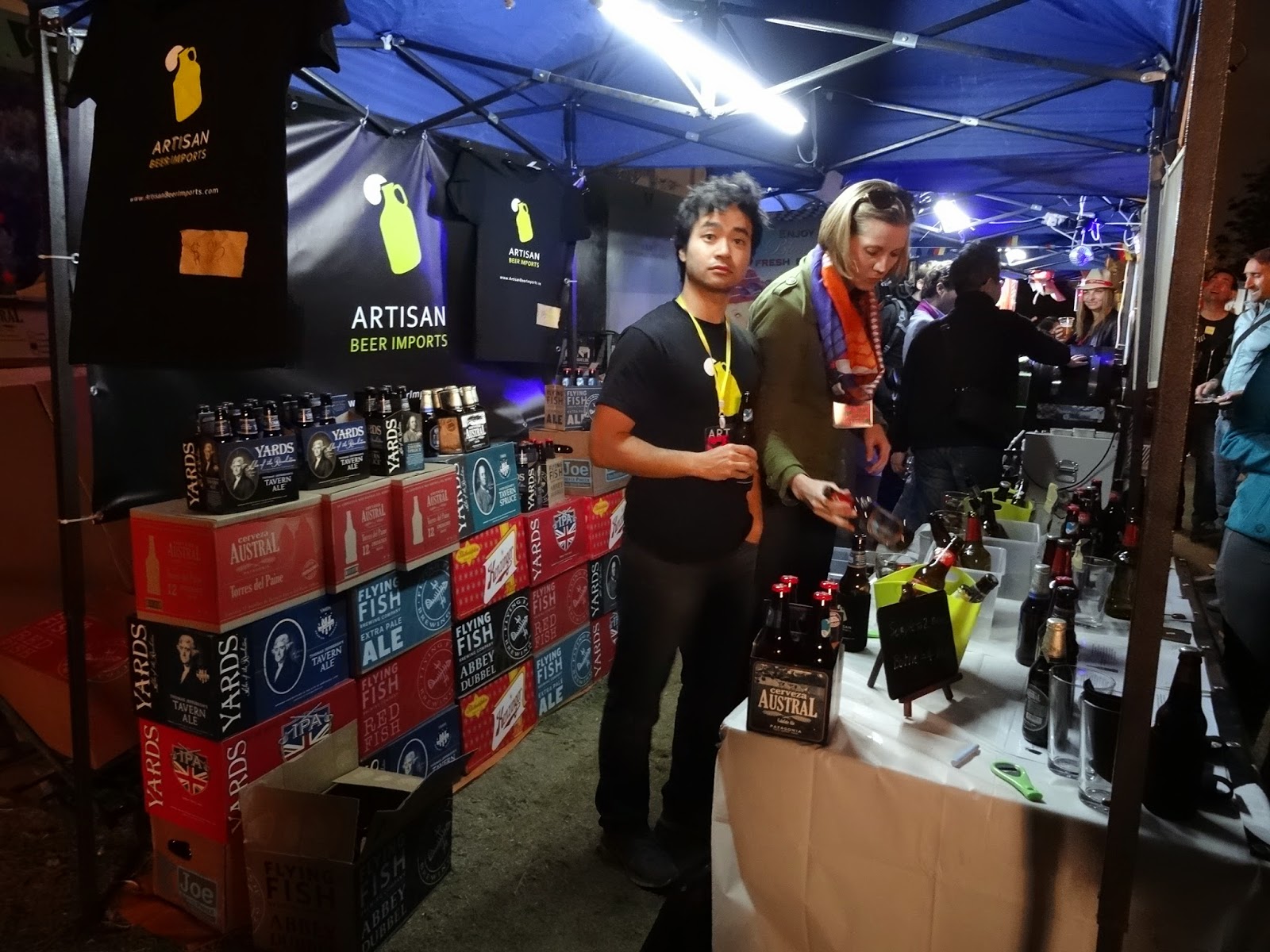 The first (and final, on the way out) stall at Beertopia that I visited
was Artisan Beer Imports', whose managing director Keita Oka
and I talked beer, in particular those from the Philadelphia area such as my old
favorite Flying Fish XPA (which I had for the first time in over 10 years there)! :) 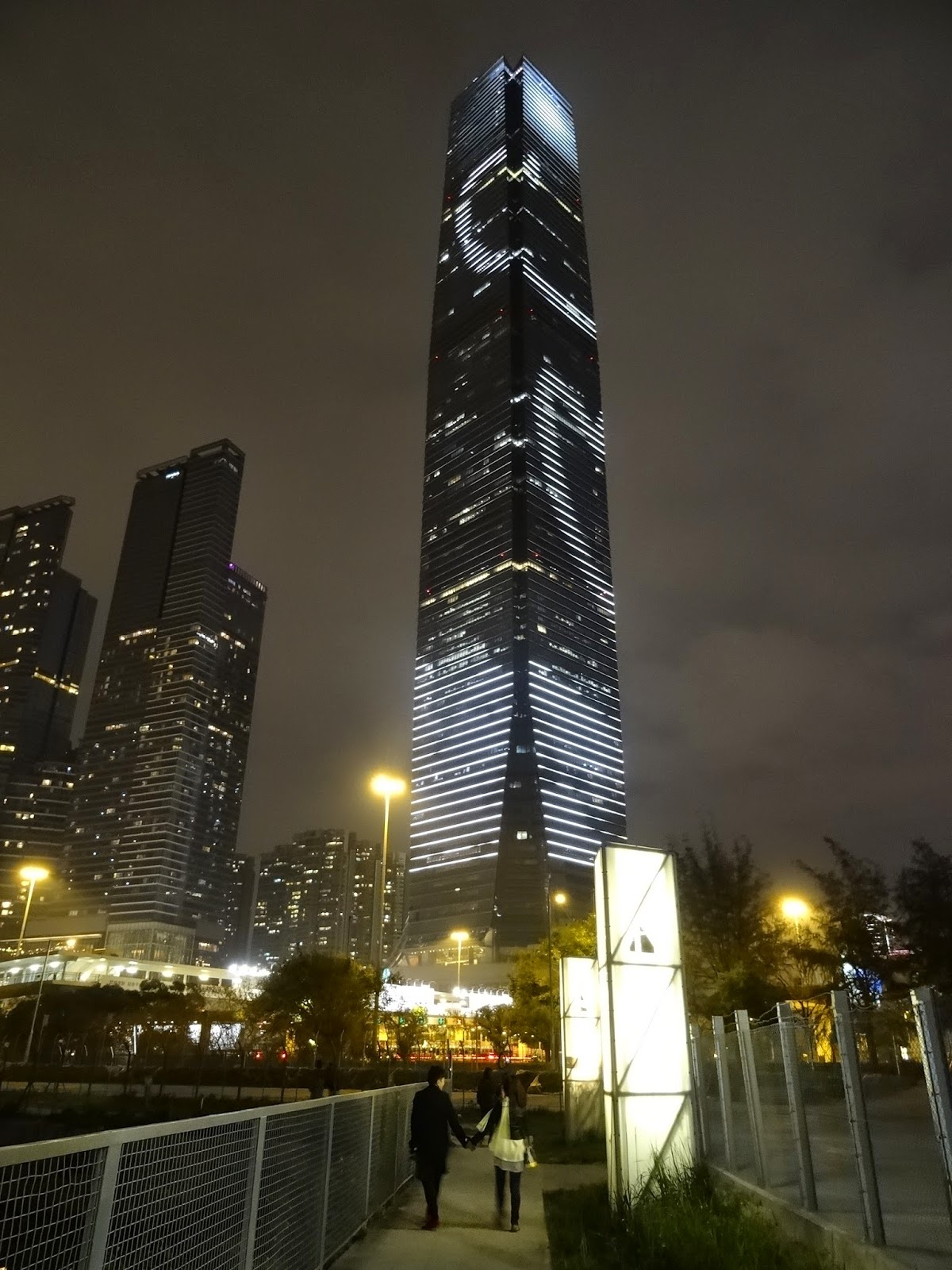 All too soon, it was time to call it a night -- and here's
offering up proof in the form of my final snap of the evening
that I wasn't so soused that I could no longer take clear shots
(despite my having sampled some 12 different beers that day)! ;b
Posted by YTSL at 11:13 PM

Nice to read this Kowloon Promenade entry that complements your recent blog on the Central Promenade. (About the only thing missing from this one is a photo of Animal posing on a rail).

After a day of beer tasting, it must have given you a feeling of completion to take such a culminating, dramatic shot as the bottom photo of the ICC tower (obelisk?)...The two figures in the foreground against the backdrop of the imposing structure, balance out this photo of the transformed skyline of West Kowloon.

I have to say that after a long day at Beertopia, I was happy I was still sober enough to take a clear photo like that night shot of the ICC. :b

HI YTSL -- so when are we going to try the beers you got?!

Any chance you're affliated with Young Master brewery? ;)

Anyway, I've tried their beers at The Roundhouse and have to admit they're not quite for me. So with 400 beers to try at Beertopia, I went for other options.