Animal and the Central Waterfront Promenade 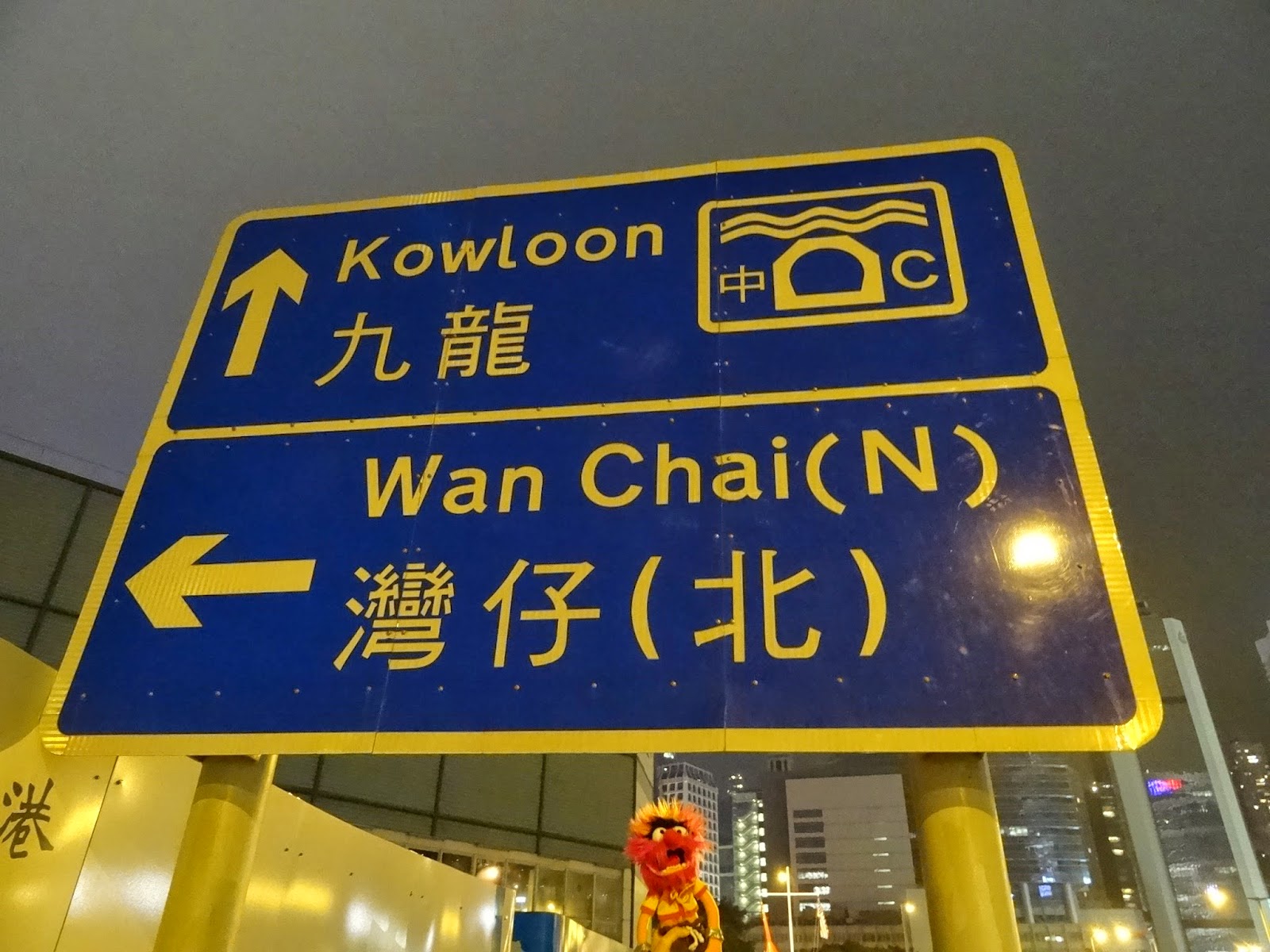 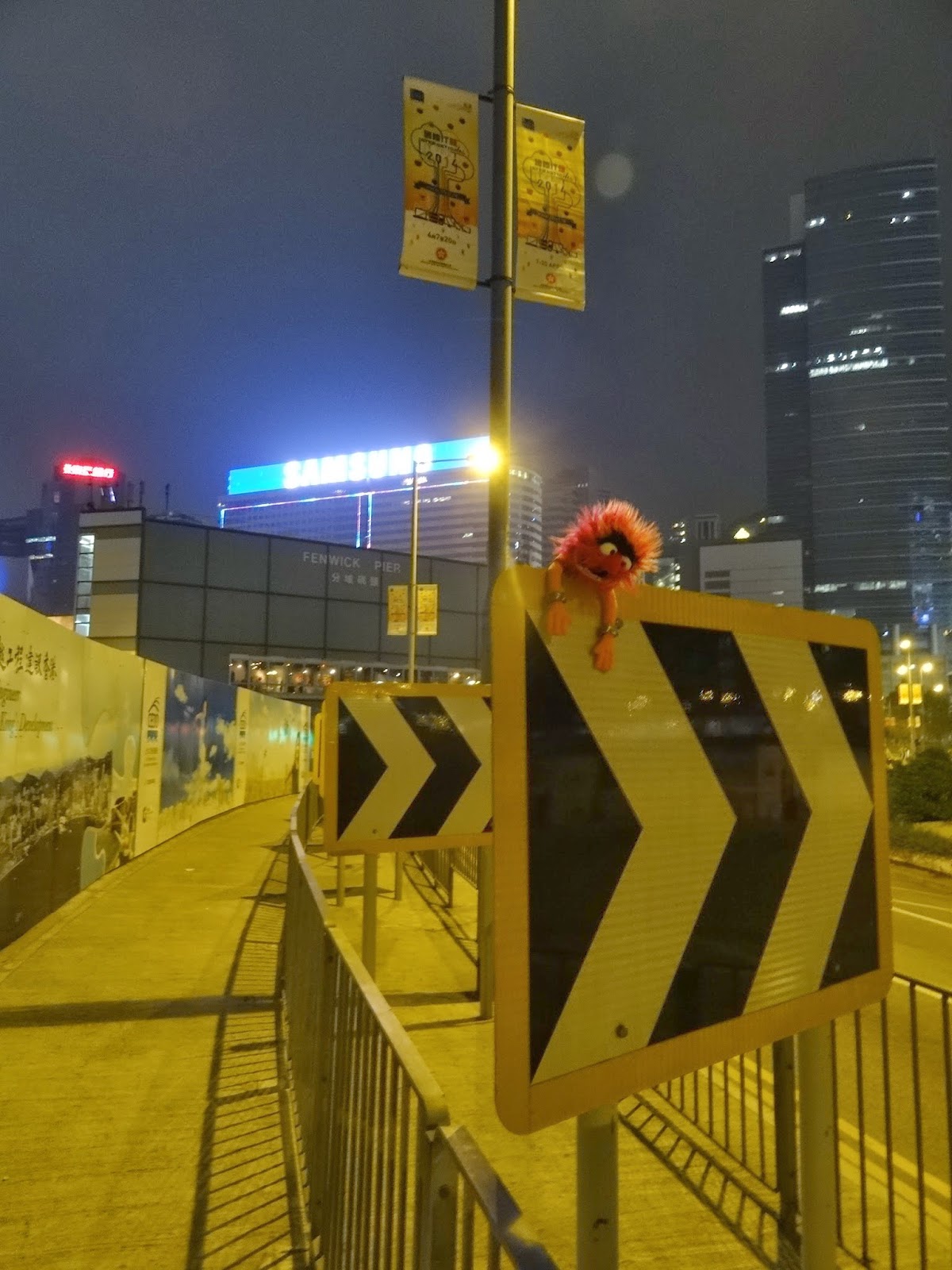 Animal decided to go exploring
in Hong Kong this evening! 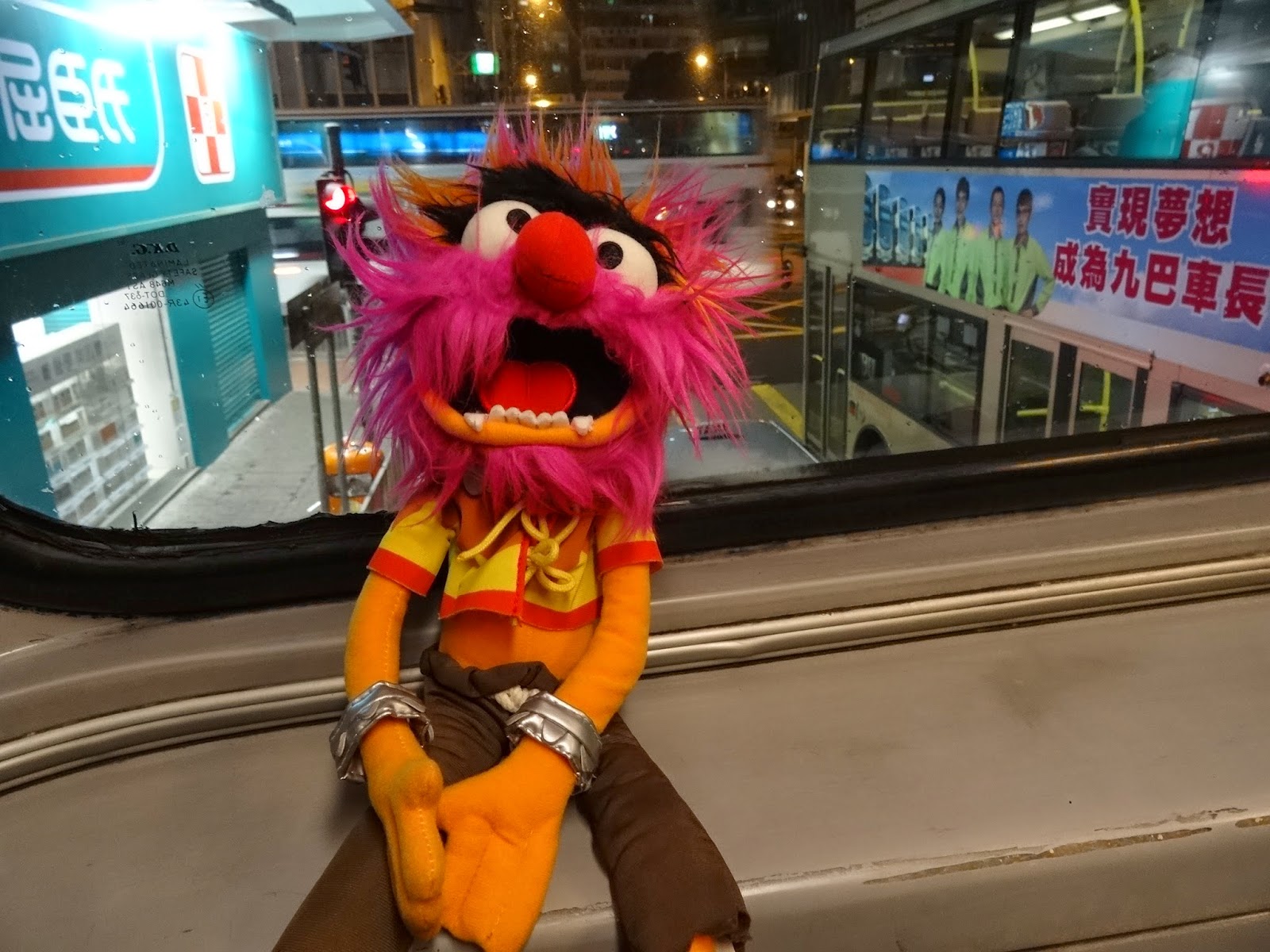 Animal enjoyed riding on a bus as well as checking out
the new Central to Wan Chai promenade :)

Meet Animal: Animal the muppet, that is!  More precisely, meet my Animal that a friend gave to me a couple of years back -- and may quite possibly one of just two Animal plushies that are here in Hong Kong!!  Now, for the most part, my Animal is an indoor creature.  But earlier this evening, after dinner at a restaurant located at the Central Ferry Piers, Animal decided to enjoy a stroll along the Central Waterfront Promenade with another friend and I.

Although I like strolling along the waterfront in Hong Kong, I mainly do this on beaches like Cheung Sha on Clear Water Bay or the very pleasant promenade that runs between Shau Kei Wan and Tai Koo Shing.  Indeed, this evening was the first time I had ventured along the Central Waterfront Promenade that's still fairly new -- and one reason for wanting to do so was my curiosity regarding how far it went all the way to.  (The answer: Wan Chai, specifically, the Hong Kong Convention and Exhibition Centre area.)

Perhaps because it's still pretty new and therefore not all that well known, there weren't many people out on the promenade this evening.  For the most part, I found the stroll quite pleasant -- bar for a section near a terribly smelly public toilet! -- and wouldn't mind going along the promenade again during the day, not least because there are some pretty cool views of the harbor front and the surrounding forest of skyscrapers.

At the same time though, it's true enough that the promenade is on the tame side.  Consequently, Animal felt safe to be out and about in the area, and also had an urge to liven things up -- and while I don't think he did anything too crazy this evening (like the stunts he's pulled on The Muppet Show and also The Muppets movie), I get the feeling that few of the people who caught sight of him this evening are likely to forget their having seen him any time soon! ;b
Posted by YTSL at 11:59 PM

I love the Muppets and Animal is one of my fave characters What a fun post :)

My photo hunt entry for this week

As I'm sure you realize, Animal also is one my favorite Muppets. BTW, it's actually just coincidence that I have my Animal post up before the Animals Photo Hunt-themed one! ;b

I think Animal enjoyed being outdoors for a while yesterday evening. And hope you have a good weekend too. :)

Here I am taking a vicarious stroll via your blog on the Waterfront Promenade - when who do I see dangling from a sign - Animal! Given his reputation as a volatile-unpredictable-loose cannon of a character - I shouldn't be surprised by his behavior here.

The photo of Animal on the bus is a riot. For some reason he reminds me of perhaps a wild relative of Yosemite Sam. Animal looks soused in this photo, perhaps from pub crawling in Central or more likely he's just putting on an act...Truly an entertaining blog entry of one night in Central.

Yep, I think Animal's nature was captured in the photos.

Re the photo on the bus: he didn't have anything to drink that night but he wasn't able to sit up straight for long on the bus. I blame the bus movements... as does he! ;b