Spark and Humor in Photography (This week's Photo Hunt themes) 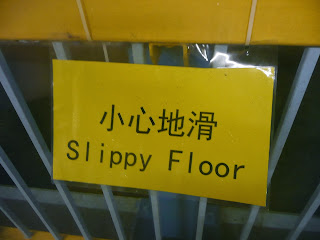 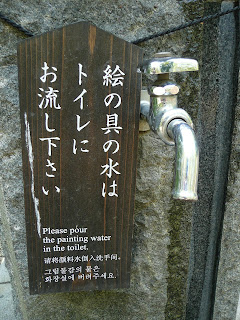 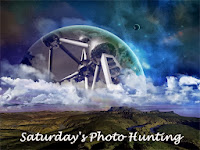 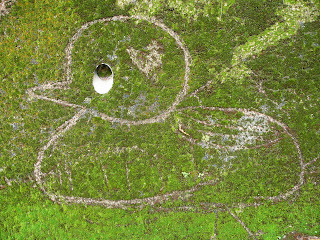 What bright spark was responsible for that?!  That's one way to react to some of the signs I see with very obvious English language typos* (but which I am pretty sure are fine when read in Chinese, Japanese or whatever is the signwriter's native language) on my travels within and outside of Hong Kong.

The kind-hearted might say, "Give them a break as English is not their first language".  Also, at least they're making an effort to provide information in a language besides their own.  But the pedant in me wants to argue that if you plan to do that, then it should be done right even while there is another part of me who is inclined just to see the lighter side of situations does find humor in those images.

On a brighter note: I do find the rubber duck inspired graffito I saw one afternoon near Shing Mun Reservoir to be not only funny but to have been the result of a spark (or more!) of inspiration. As such, it'd get my vote as the photo that unequivocally fits both of Sandi's and Gattina's choices for Photo Hunt themes this week. :)

* While it's obvious that the sign at the top of this entry is meant to warn of a "slippery floor", the second sign's meaning is more difficult to discern.  After some thought on the matter, I'm inclined to think that the authorities were asking people who went to the area to do some painting to not pour the water they used to clean their brushes at the water fountain (where I saw the sign) and, instead, in the basins in the nearby toilet/washroom!
Posted by YTSL at 10:30 AM

Great take on the themes. I think misspelled words in signs can be very funny.

I see lots of such funny signs in China and was very tempted to correct them. LOL

Love the duck graffiti.
We have local Asian food market whose name displayed as "Smile Market" My thought is that "Smile" was closest translation of "food that makes you smile / happy".

Glad you like my take on the themes. Did the signs I highlighted make you smile? Hope so!

Re Smile Market: do they offer service with a smile? Also, does shopping there put you in a good mood? :)

Hi YTSL, the duck is cute and very creative. I kind of like "Slippy" rather than Slippery. :) Wonderful and fun take on the two themes.

Painted water ? if it means a wee wee, I will use this expression from now on. Sounds so romantic !

Seeing the word slippy does make one wonder how come slippery came about rather than slippy, doesn't it? ;)

Good god, I sincerely doubt that "painted water" (or, for that matter, "painting water") is a Japanese euphemism for "wee wee"! :D

I am thankful for any translation of languages I do not know! even more if they make me smile :)

Sparks of fun for sure!
Happy Hunting y'all ~

Yes, I'll give credit to those translators for trying... ;b

Hope you have lots of Photo Hunting fun this weekend! :)

Yup, saw the duck graffiti too while hiking in Shing Mun Reservoir last week (but minus the green moss).

Hahaha! These are all great, but the signs do give one pause for thought. The rubber ducky is cute :)

While some may be 'innocent' mistakes, some are blatant ignorance... Such as what I read on the newspaper this morning back home - http://news.sinchew.com.my/node/326990?tid=73

Here it is. Hiked the Wilson Trail 6 last week and on the way back to Shing Mun Reservoir I notice this funny graffiti.

I don't think they remove it. It is there for the monkeys to admire and enjoy. :)

Thanks for thinking all my photo choices this week are great! :)

Yup, it's the same 'duck' alright... just lost its green mossy coating -- surprising, really, considering how wet it's been in recent months!

(BTW, you've been the same Anonymous who've commented on other of this blog's entries, e.g., the Hello Kitty exhibition in Langham Place, right? If so, thanks for regularly checking out this blog and commenting! ;b)

Yes, I'm the same "anonymous" who's following this blog regularly. I actually got a lot of good ideas on HK photowalks and hiking through this blog.

In fact, I actually tried your suggestion on hiking the Mt. High West and The Peak on a very hot clear day (I did on the day before Typhoon Utor came). The views are amazing and it made me seriously think summer should be the best time to hike and enjoy the scenery (not autumn, not winter, not spring).

Thanks for the confirmation -- and great to learn that you've got hiking ideas from this blog! Re ideal seasons to hike -- I like them all... okay, except for the rainy one(s)! ;b

ha ha the first photo made me laugh and reminds me of what i saw weeks ago written on the gate of a house, big and bold - DON'T BLACK THE DRIVER!

Don't Black the Driver... Hmm, I'm having visions of people running after a car driver with black marker pens!!! ;O