Responding to a reader's query about Christmas Rose :) 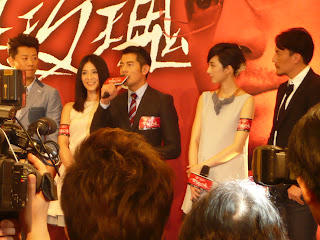 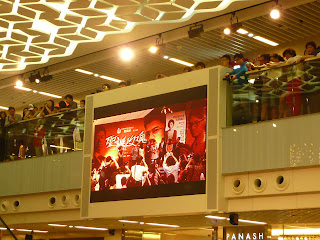 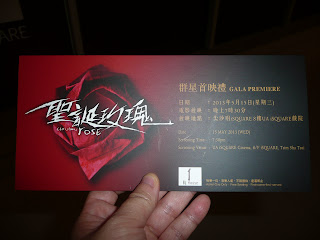 The occasion: the gala premiere of Charlie Young's
first film as a director and scriptwriter, Christmas Rose

On the comments thread over on the Tuesday, May 14, entry on this blog, a fairly faithful -- teehee! -- follower of this blog, Samson, wrote: "Nice Pics, YTSL! Now onto a topic totally unrelated to this post (sorry): your score for Christmas Rose went up from 3 to 7 on re-watching. Was it a new cut that you got to see, or did you really like it a lot more on 2nd viewing?"

The following is my response to his comments about the film by Charlie Young that stars Aaron Kwok as a prosecutor in a court case involving a respected doctor (portrayed by Chang Chen) being accused by a wheelchair-bound patient (essayed by Kwai Lun Mei) of having raped her:-

Firstly, Samson, thank you for paying attention to the "Most recently viewed movies" section of this blog.  And here's confirming that I did originally rate Christmas Rose much more lowly than I now do.  Also, that I did watch two different cuts of the film.

More specifically, as I only learnt yesterday afternoon, it turns out that I had seen the first cut of the film the first time that I viewed it.  It's not just that it was not fully finished -- with that version of the film most noticeably not having any background sound and mood-affecting music in it -- but, as I discovered yesterday evening, the film subsequently had been re-edited in such a way that it was shorter, seemed faster paced and had a more "commercial" (as opposed to art house) movie rhythm and feel to it, and had the order of a few scenes changed around!

Suffice to say that I think that the film's editor did a very good job indeed -- and that the final, finished version of the film does its director-scriptwriter as well as the rest of its crew and cast proud.  All in all, I now think that Christmas Rose makes for a very respectable directorial and scriptwriting debut from a woman I've long liked as an actress, and now -- after having recently had the privilege to meet her -- look upon as a really sweet, charming lady who I have much admiration for. :)
Posted by YTSL at 12:16 AM

Thanks so much for writing this blog entry to answer my query, YTSL! : )

You're welcome -- and thanks for giving me an idea as to what to write to accompany the Christmas Rose premiere photos I took! ;b