Since I've been on more than 100 hikes in Hong Kong now, it stands to reason that I've gone on certain trails more than once.  But while some might expect that the trails I've decided to go on more than once are especially scenic or special, that's actually not the case with that which is covered by Hong Kong Trail Stage 4 -- yet I've been on it not just twice but three times now (see here and here for previous photo-essays of this trail).

The thing is that it's really convenient -- seeing that it's on Hong Kong Island and both its beginning and end points have bus stops really close to them.  But beyond that, its route really is quite pleasant in terms of being not too taxing, yet also not being too easy -- and covering a nice distance (i.e., 7.5 kilometers) that's neither too short nor too lengthy for those days when I want to have some exercise, but don't want to over exert myself because I've got a film or concert to go to in the evening!

As it so happens, each time that I've been on this trail has been with different hiking friends as well as different times of the year.  So on each occasion, there has been something different to the experience -- and the different photo-essays can also attest to there being different sights that caught my eye along the way each time! :) 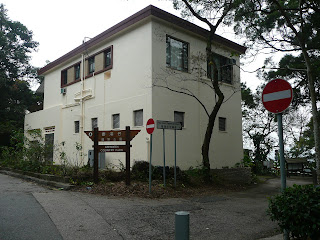 At Wan Chai Gap, follow the trail into Aberdeen Country Park
near the Water Department building down to the Hong Kong Trail 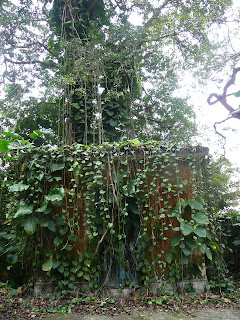 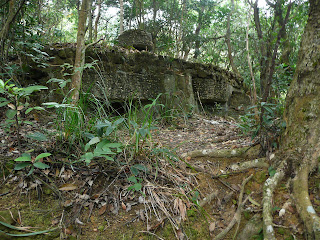 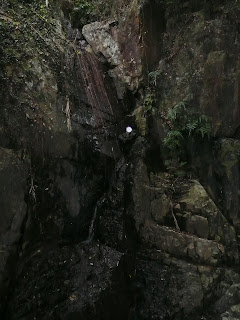 I honestly can't remember what's the source
of that round reflected light in this photo! 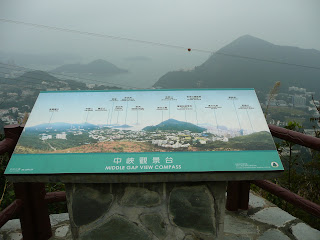 Alternatively, pictures like this help to remind me how foggy
it was that day -- and also how cold (so cold, in fact, that
I had breath vapors coming out of my mouth that afternoon!) 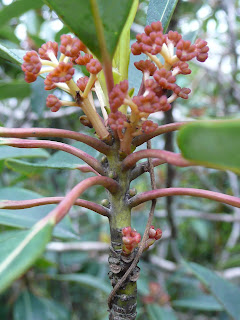 And yet some plants seemed to think that
spring was coming -- or even had arrived! 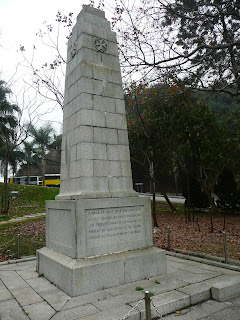 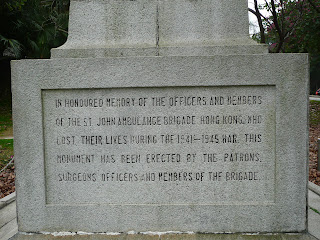 Ten men of the St John's Ambulance lost their lives at
Wong Nai Chung Gap during the Battle of Hong Kong --
but the memorial erected there more generally honors all of the
St John Ambulance personnel who perished in World War II
Posted by YTSL at 10:05 PM