Descending down along the southern side of Cloudy Hill (Photo-essay)

"To be continued! :)" That's what I promised at the end of my photo-essay showing my ascent up Cloudy Hill nine blog entries ago.  But I somehow forgot that I hadn't done so and moved on last week to putting up a photo-essay of the Hong Kong Island hike I went on the week after going up Cloudy Hill instead!

But a promise is a promise.  And I do have some more photos from a hike that I felt a sense of achievement completing to share -- what with Cloudy Hill being a respectable 440 meters high (and thus Hong Kong's 69th highest peak).  So here's finally proceeding to do just that... 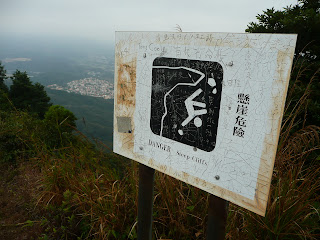 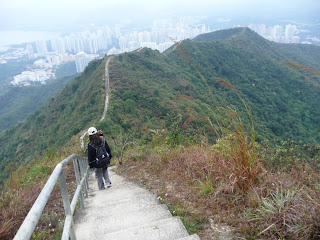 The railings along some sections of this trail weren't helpful
that wintry afternoon because they were too cold to touch! :O 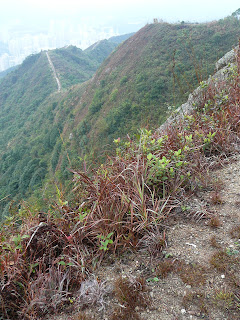 As shown in the above photo, however, it's actually
not a straight descent down but a bit of up
in order to get down down along its southern side 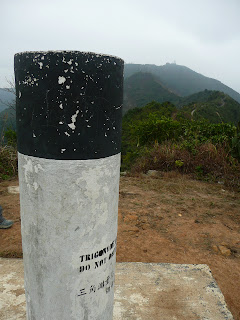 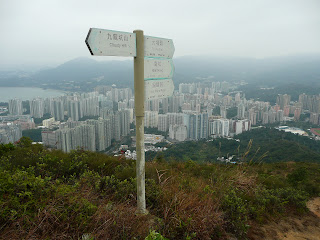 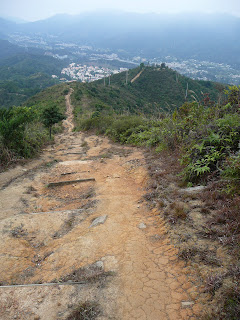 Not all of this particular trail is stepped or paved... 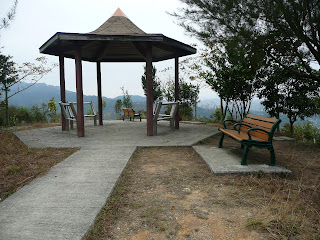 Still, it had some creature comforts along it -- such as
this nice looking rest area complete with benches and a pavilion :) 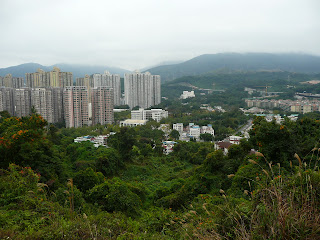 Visibility towards the end of the hike was way better
than up at the top of Cloudy Hill -- just our luck, eh?
Or just Cloudy Hill living up to its name! ;b
Posted by YTSL at 9:44 PM