Onomichi's Mt Senkoji, including its ropeway and eponymous temple (Photo-essay)

When reading up about Tomonoura and Onomichi before my most recent Japan trip, they both sounded so similar; what with their both being historic port settlements by the Seto Inland Sea, located in Hiroshima Prefecture, having hilly sections, and possessing lots of temples as well as important film associations (with Onomichi's including the fact of the family in focus in Yazujiro Ozu's Tokyo Story actually originally hailing from the smaller city).

Unable to decide which one I wanted to visit more, I decided to visit both of them -- as it turned out, did so on the same day!  And upon doing so, the differences between them became very clear in mind: with Tomonoura feeling much more of a village while Onomichi is noticeably larger and better connected (including in terms of having not just one but two train stations -- one of which the shinkansen stops at), even while also having an "old-timey" feeling of its own too... ;b 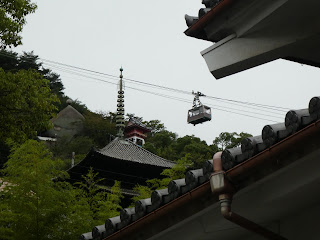 My mother and I took the Mt Senkoji Ropeway (or cable car,
as much of the rest of the world would refer to it) up Mount Senkoji 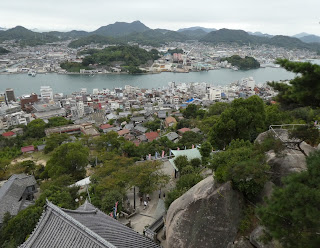 Awesome views unfolded before us on the ride up 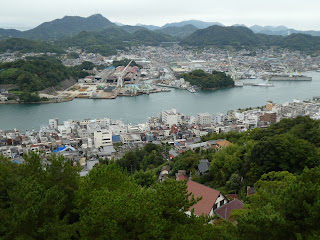 Atop Mt Senkoji is an observation platform which
yields views of the city like this :b 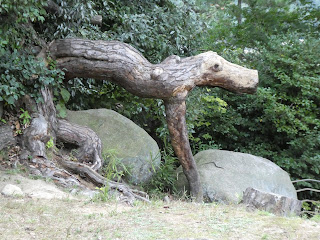 Having made the decision to walk down from the top of the hill,
I came across what looked like a cross between flora and fauna! 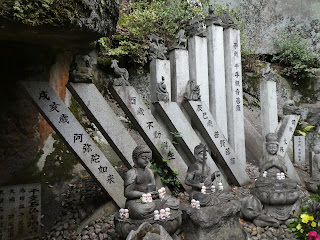 Within the grounds of Senkoji are many statues and figurines, including
of animal representatives of what I had hitherto thought of as the Chinese
zodiac but now realize is a Buddhist one also utilized by the Japanese 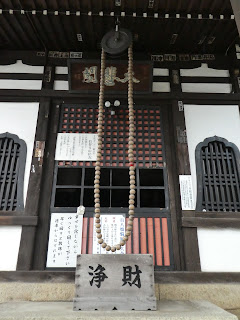 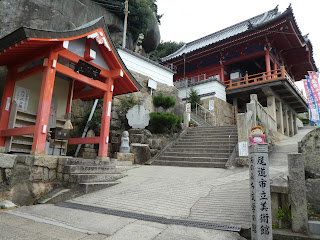 On a gray day, vermilion paint and Puppet Ponyo
add appreciated color to the scene ;) 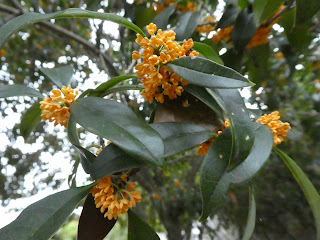 And ditto re these flowers whose name I don't know but whose
lovely fragrance I caught whiffs of many times on this trip :)
Posted by YTSL at 11:56 PM

Lovely photos, and entertaining captions! I especially enjoyed the cross between the flora and fauna. :)

I'm glad to see you commenting again on my blog, and to learn that you liked the photos. I do wish the sun had been shining more brightly when I visited Onomichi. But I did appreciate the cool air when hiking down Mt Senkoji... ;)

This is probably one of the best Japan entries in your entire archive. Photos and text create a variety of sights to stimulate a traveler's interest. In your second photo from the top, the foreground boulders lead the eye down into the town, water, background mountains, and sky, creating a compositional balance that convinces me that these towns by an inland sea have a strong lure. Also, the photo of the Buddhist statues is just so peaceful...And Ponyo poses like a proud guardian to complete this obviously memorable day in Japan.

Thank you for the great appreciation of this photo-essay. I wondered whether the photos were worth sharing via this blog as they're darker than I'd like. Happily, it seems that you (and Alejna) managed to see what I found interesting and charming about what I photographed in Onomichi. :)