The Daibutsuden and more at Nara's Todaiji (Photo-essay)

On my very first visit to Japan back in 1982, I spent a few hours in the ancient city of Nara.  If my memory serves me right, the only temple my party visited there was Todaiji and the only part of the very large Buddhist temple that we were in was its very big Daibutsuden (Great Buddha Hall) which actually is the largest wooden structure in the world.

Considering that Nara is home to a number of other historic monuments which are along the UNESCO World Heritage list along with Todaiji, I perhaps should have checked some of them out on my second visit to that which was the capital of Japan from 710 to 784.  Instead, this time with my mother in tow, I couldn't resist returning to Todaiji -- though, in mitigation, I also did explore more sections of this great temple complex on this second visit than the earlier one, including ones which are far less crowded and way more peaceful than the Daibutsuden... 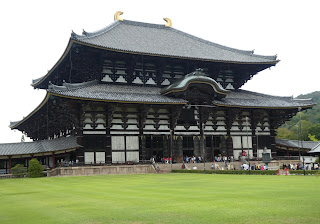 The largest wooden structure in the world is one very large building... 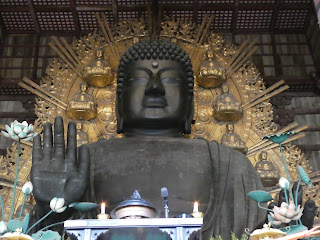 ... and the 15 meter tall gilt bronze Buddha housed within
the Daibutsuden is the largest of its kind in the world 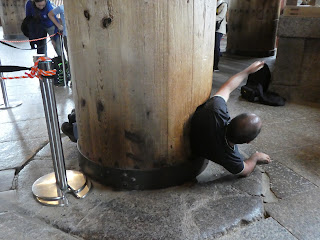 I made it through this hole in one of the Daibutsuden's columns in 1982
but opted against trying to accomplish the same feat in 2017! :) 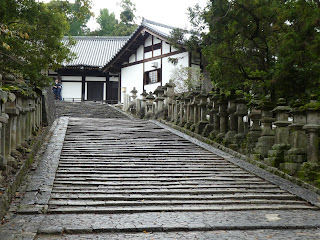 Upon going up these stone steps, you'll feel like you're in
another world rather than just another part of Todaiji 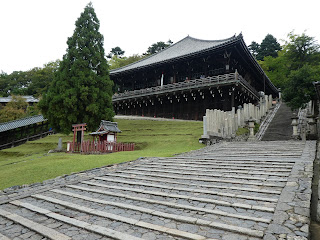 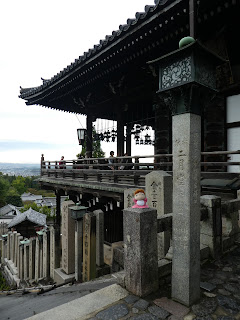 Puppet Ponyo near the top of the steps to the Nigatsudo :)

Click on the above photo for clear evidence that there's so much
more to Todaiji than just the Daibutsuden, however great it is 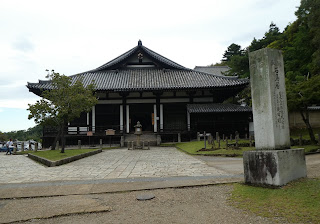 And my favorite part of Todaiji might actually be the inside of
the Hokkedo or Sangatsudo (where photography is not allowed)!
Posted by YTSL at 10:53 PM