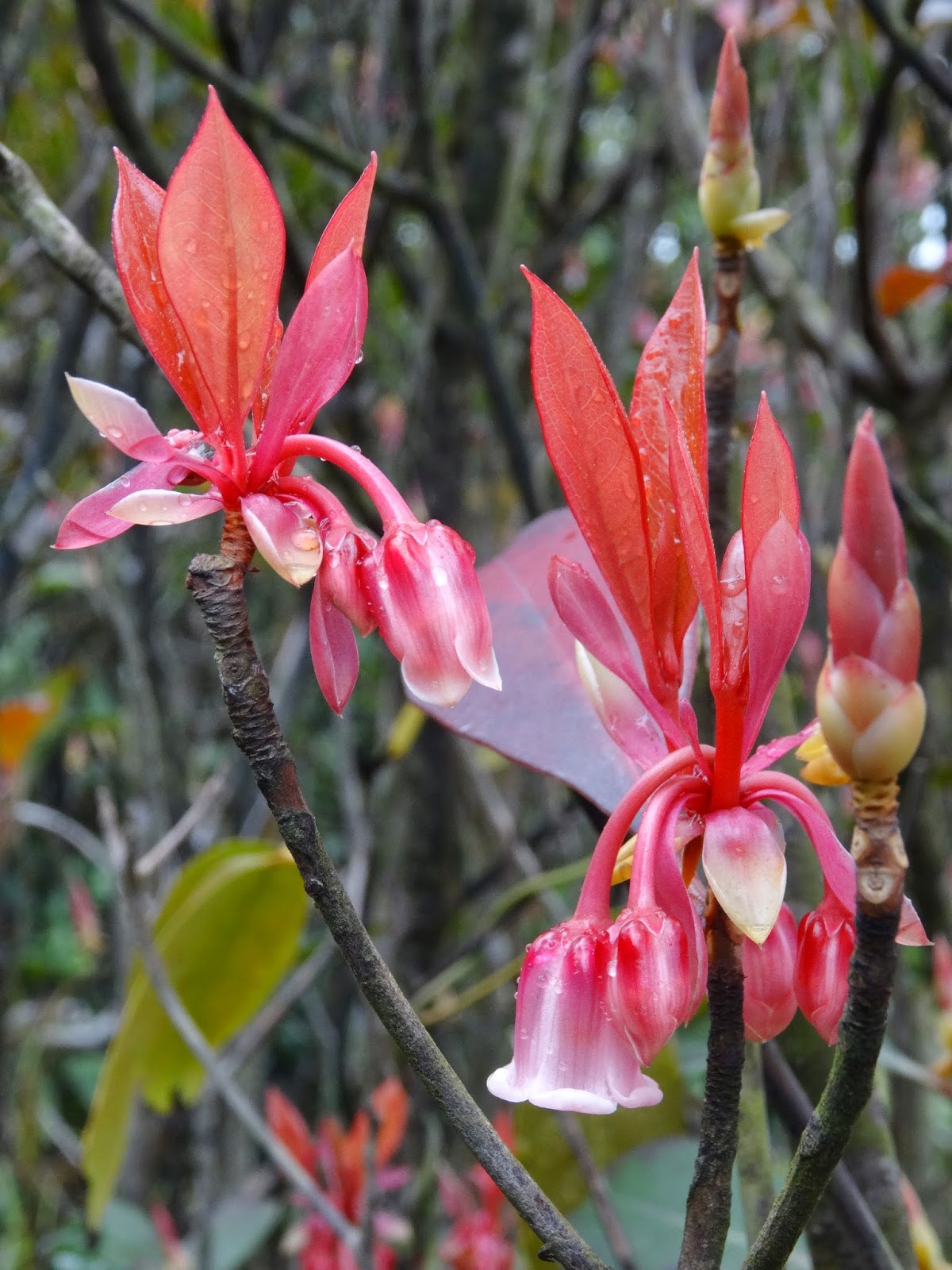 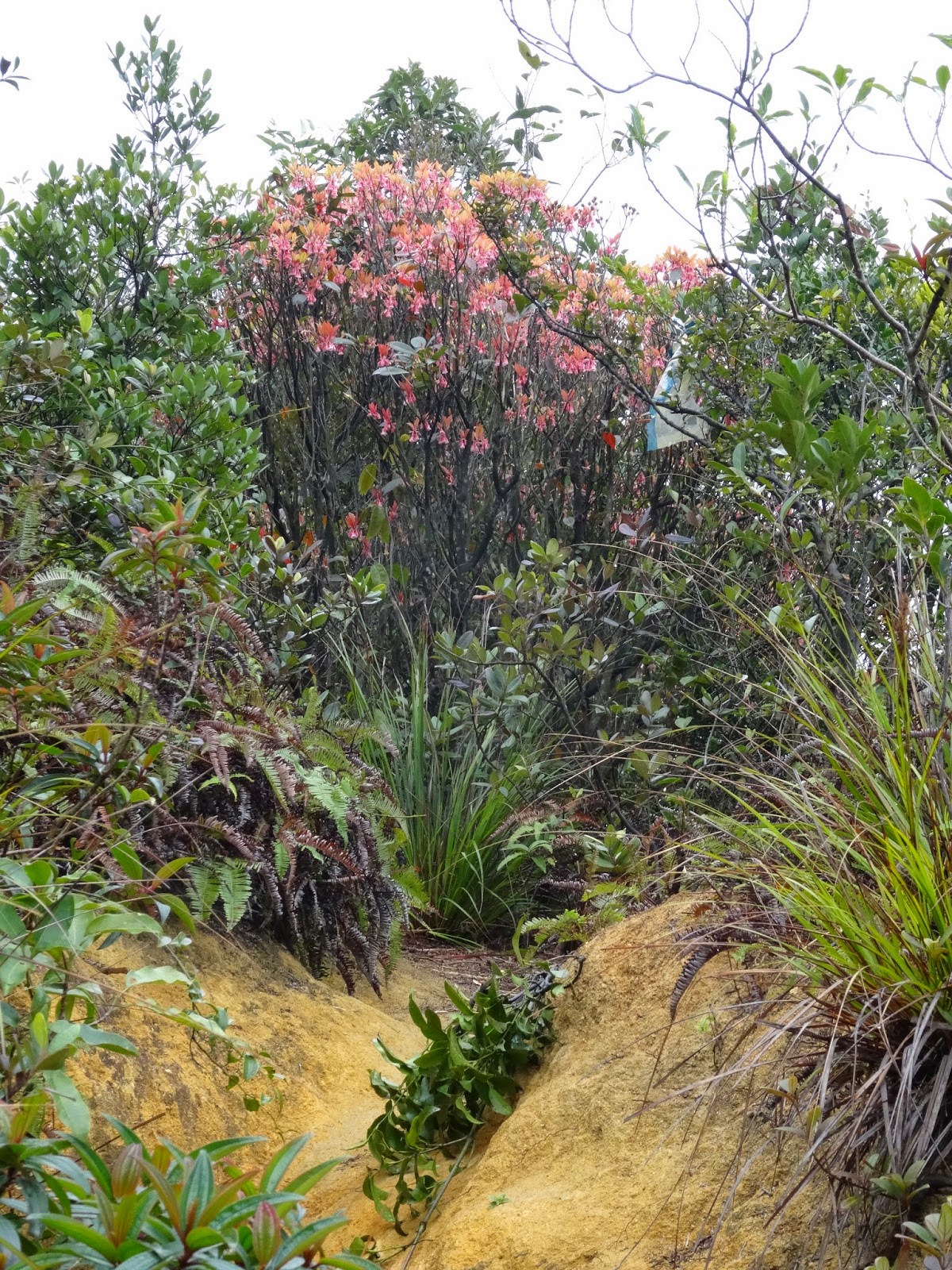 Lest it be clear, I'm talking about whole clumps
of Chinese New Year flowers being already in bloom! 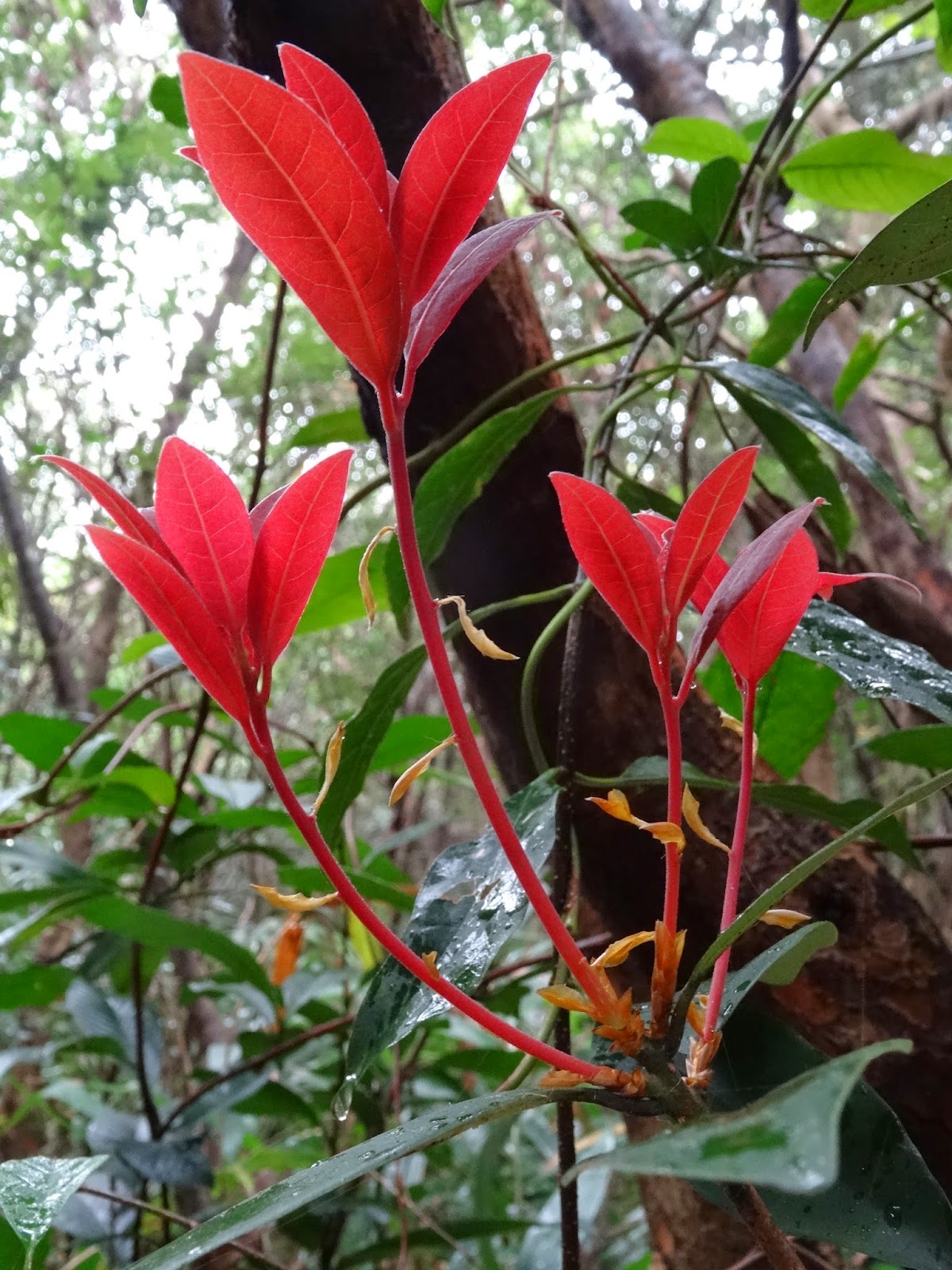 The young red leaves of the Chekiang Machilus
(Machilus chekiangensis) also caught the eye on a gray day ;b


The two friends I normally go hiking with were not available to go out with today but I had an urge to go out into the countryside this afternoon that was so strong, I also wasn't put off by today hardly being optimal hiking weather (and indeed, it was drizzling when I stepped out of my apartment building).


Giving the conditions today, I decided to go to a part of the Hong Kong countryside which I figured would see a number of other people out hiking today -- one not all that far away from the city.  While last week I opted to head up to the Kowloon hills, I decided to remain on Hong Kong Island this week and explore a section of its countryside that I have passed through at the tail end of hikes but not bothered to wander about on its own.

Dwarfed by nearby hills (such as 436-meter-high Mount Butler and 424-meter-high Siu Ma Shan), 200-meter-high Braemar Hill also comes with the taint of having been the location of the high profile double murders that are depicted in Herman Yau's From the Queen to the Chief Executive.  But I personally tend to think of the area more as where Sir Cecil's Ride winds confusingly and sometimes seems to doubleback upon itself, and -- after today -- the home to the Po Luen Path whose name appears on a number of signposts but on none of the official Hong Kong countryside maps that I've seen!

While I eschewed going along the Po Luen Path the first time I saw a sign for it, curiosity got the better of me the second, third and fourth time I saw signs for it!  A couple of times, the trail led me to areas where good views would be had if visibility were higher than it was today.  A couple of other times, the trail led me to the edge of Tai Tam Country Park (Quarry Bay Extension) -- but not yet prepared to end my hike at those points, I backtracked into the country park once more.

Although visibility was not optimal, I really enjoyed today's hike.  It helped that it was unseasonably warm this afternoon to the point that I didn't feel a need for a jacket or turtleneck sweater for much of the hike.  Even better was my coming across several eye-catching clumps of red that helped ensure that it wasn't all just green, brown and gray around me!

Many of these clumps of red were of the young leaves of the Chekiang Machilus that, from a distance, can fool one into thinking they are flowers.  A surprising percentage of the red also came by way of Chinese New Year flowers -- which I look forward to spotting around Chinese New Year each year but have never seen in such abundance before as I did today!

Some time back, deforestation -- along with their popularity as Chinese New Year decorations in family homes -- threatened to make these wild flowers extinct.  And up to today's hike (which will go down in my memory as the Chinese New Year flowers hike), I looked upon the sight of these flowers as on the rare side.  But not anymore, it seems -- and if this indeed so, long may this be the case! :)