While researching what I could do in and around Okayama in September, I came across eye-catching photos of a 17 kilometer bike route across the Kibi Plain.  Although I had not ridden a bicycle in years (even decades), I trusted the old adage that one you've learnt how to ride a bike, you'll never forget how to do so.

So the morning of the beautiful September day that just happened to be my birthday, I took a train from Okayama to Bizen-Ichinomiya -- whose station was so small that it was unmanned! -- and rented a single speed "mamachari" from a nearby bike rental store manned by an old man who chattered to me in a way that made me think that he just couldn't imagine having a customer who couldn't understand Japanese!

After giving me a couple of maps (one detailed one in Japanese and -- upon my specific, sustained request -- another much simpler one that was in English), he sent me on my way to Soja (where I'd be able to drop off the bike) with a smile and wave... and thus began a journey that was so pleasant and enjoyable that I consider it to have been one of my 10 highlights of 2014... :) 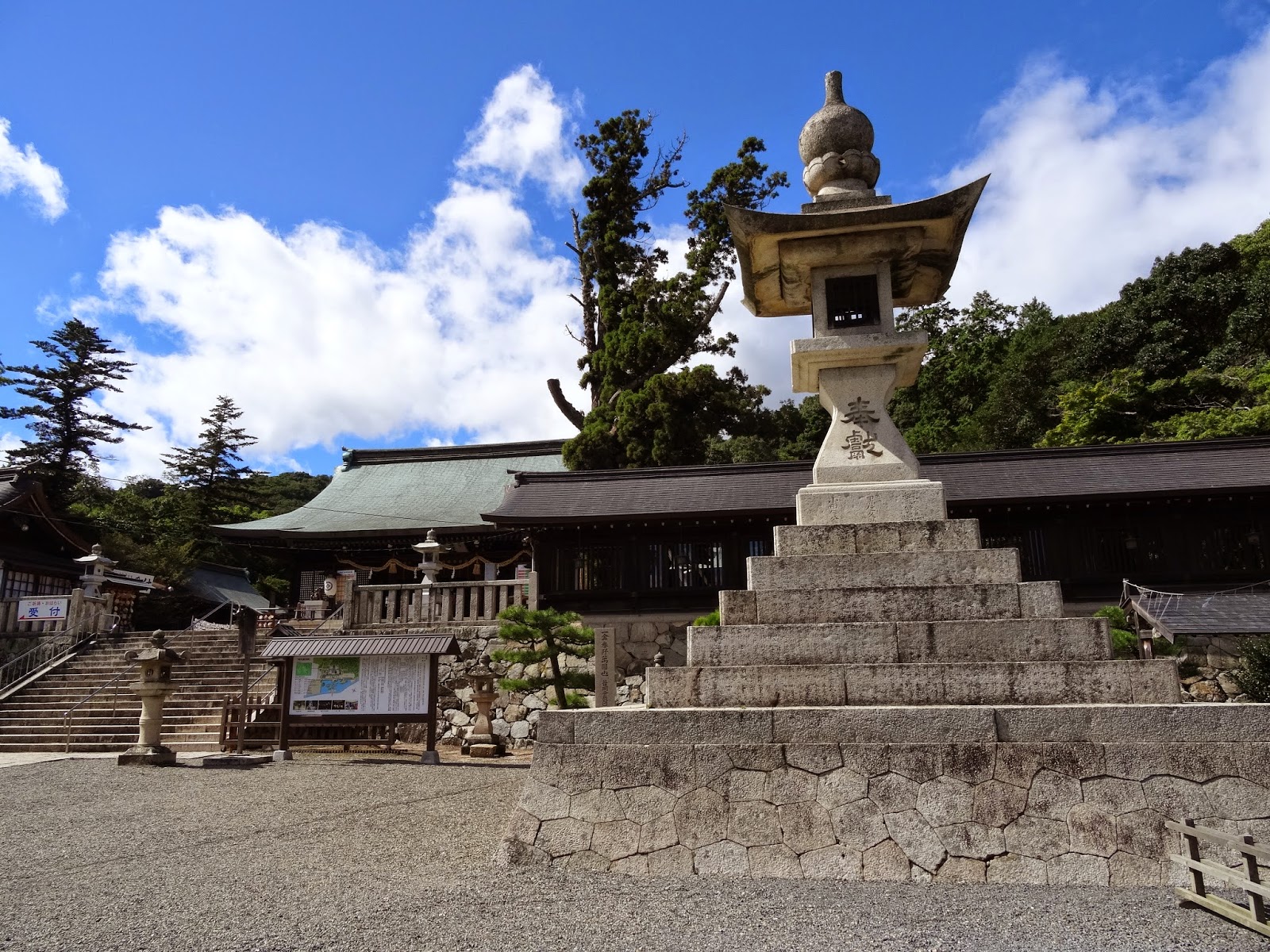 A few minutes after I got on my rented bike, I was back off it again
-- as I decided to take a look around nearby Kibitsuhiko Shrine
and take photos of its huge stone lanterns 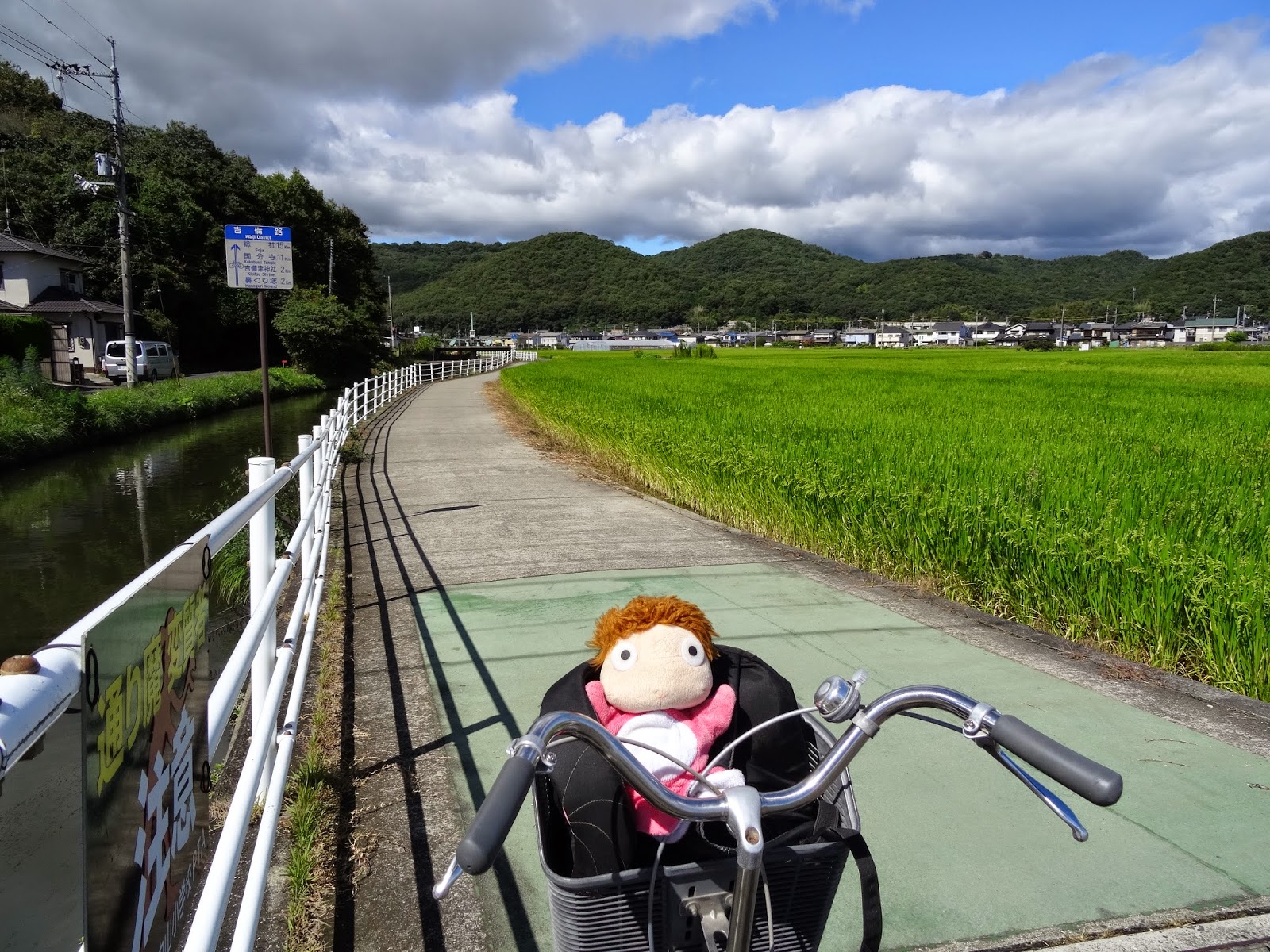 Much of the route took me past verdant rice fields --  and yes,
lest there be any doubt, Puppet Ponyo came along for the ride too! :) 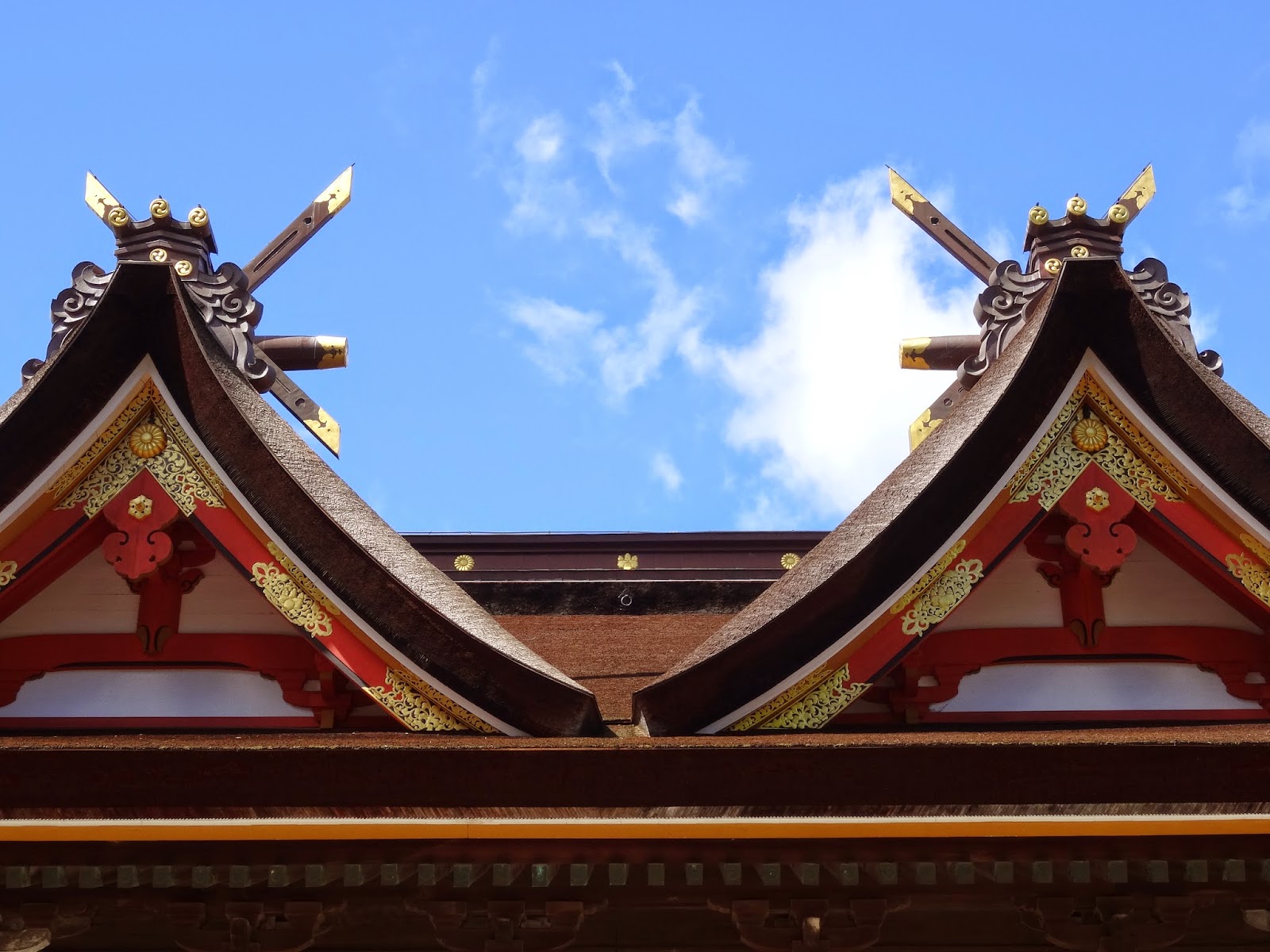 A few kilometers on, I stopped at Kibitsu Shrine --
sections of whose roof I found very photogenic 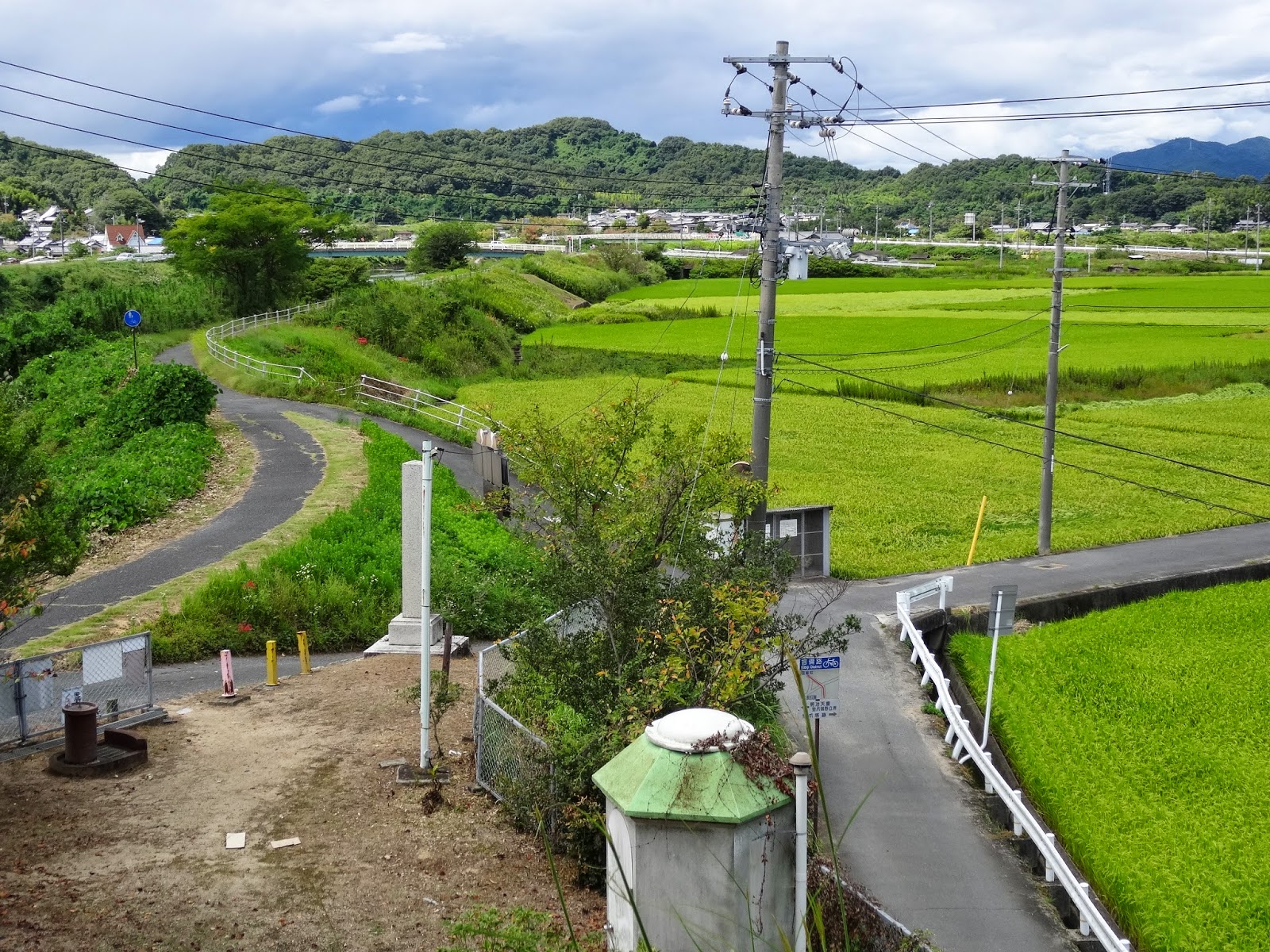 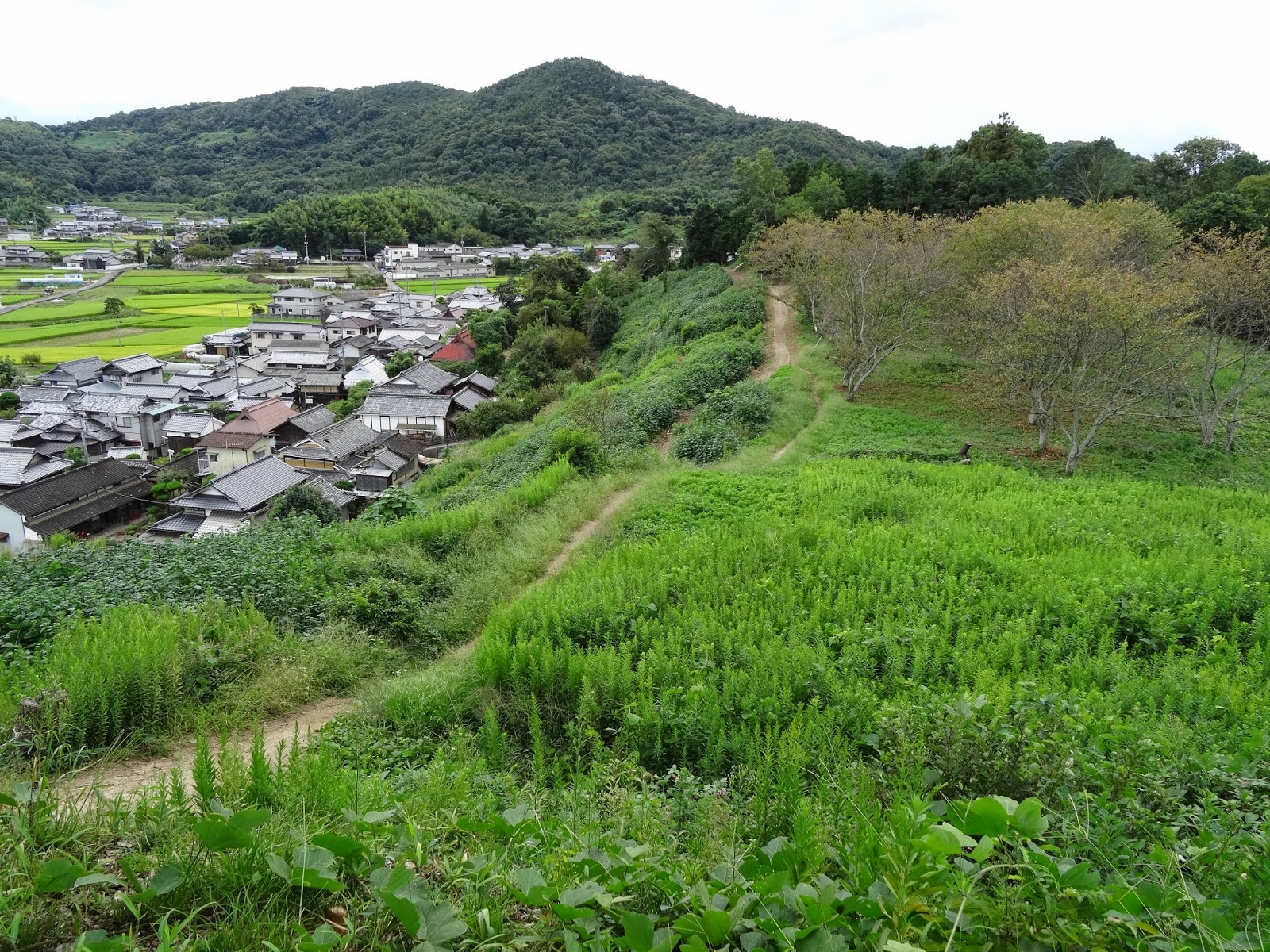 A few kilometers away, I hiked up to the top of an ancient
keyhole-shaped burial mound known as Tsurikuyama kofun 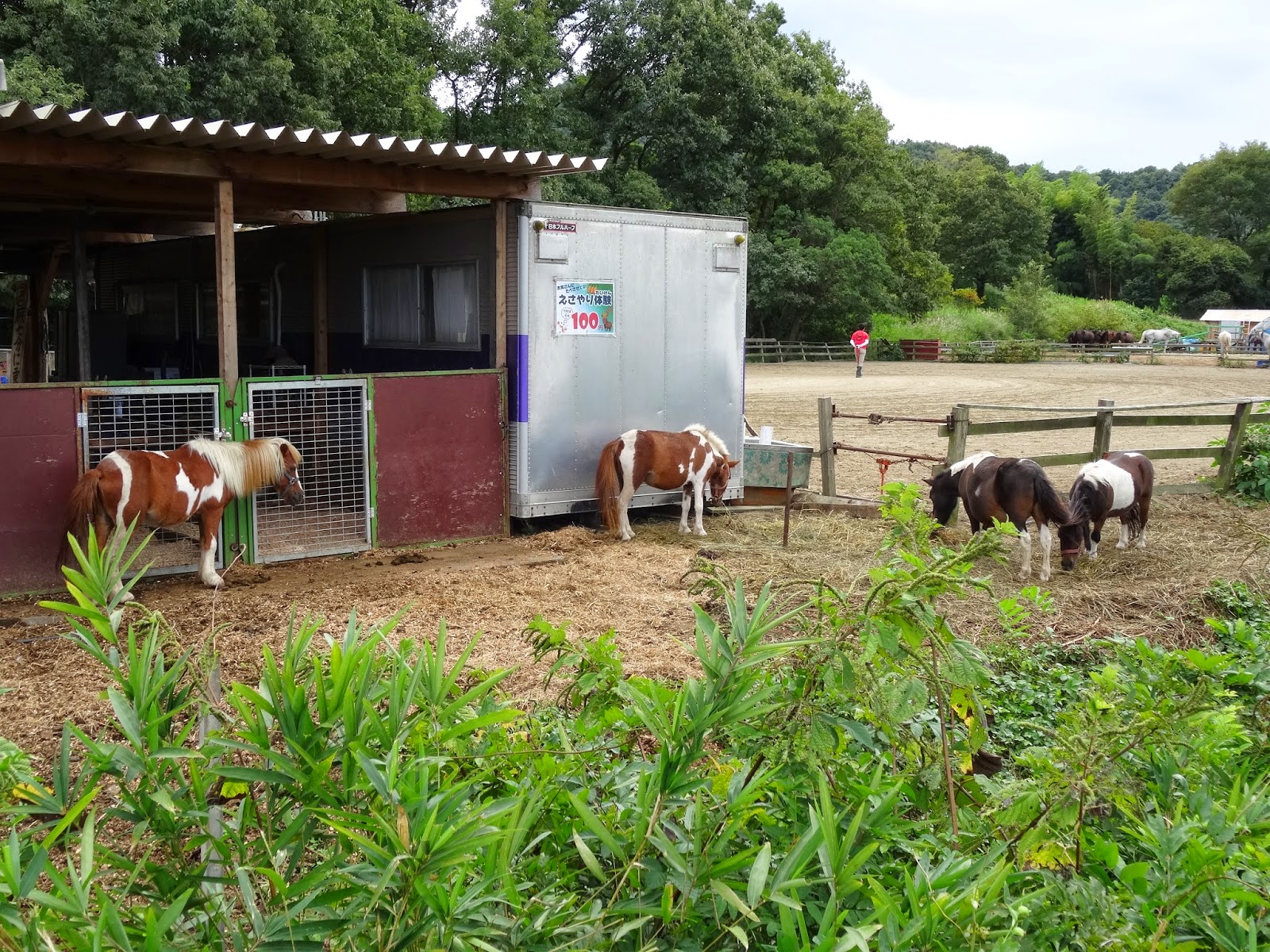 An unexpected sight along the way -- miniature horses
(shetland ponies?) in the Japanese countryside! 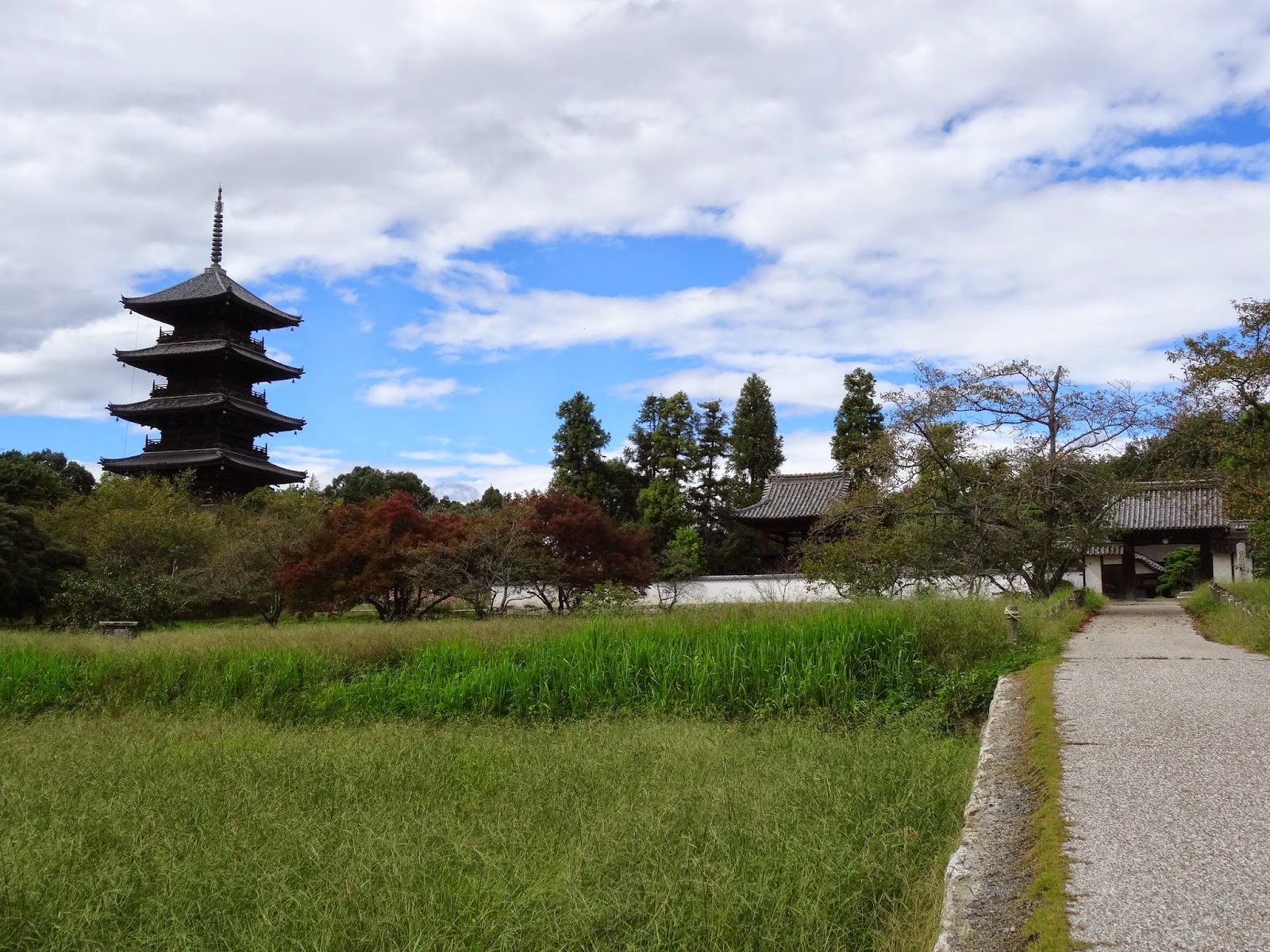 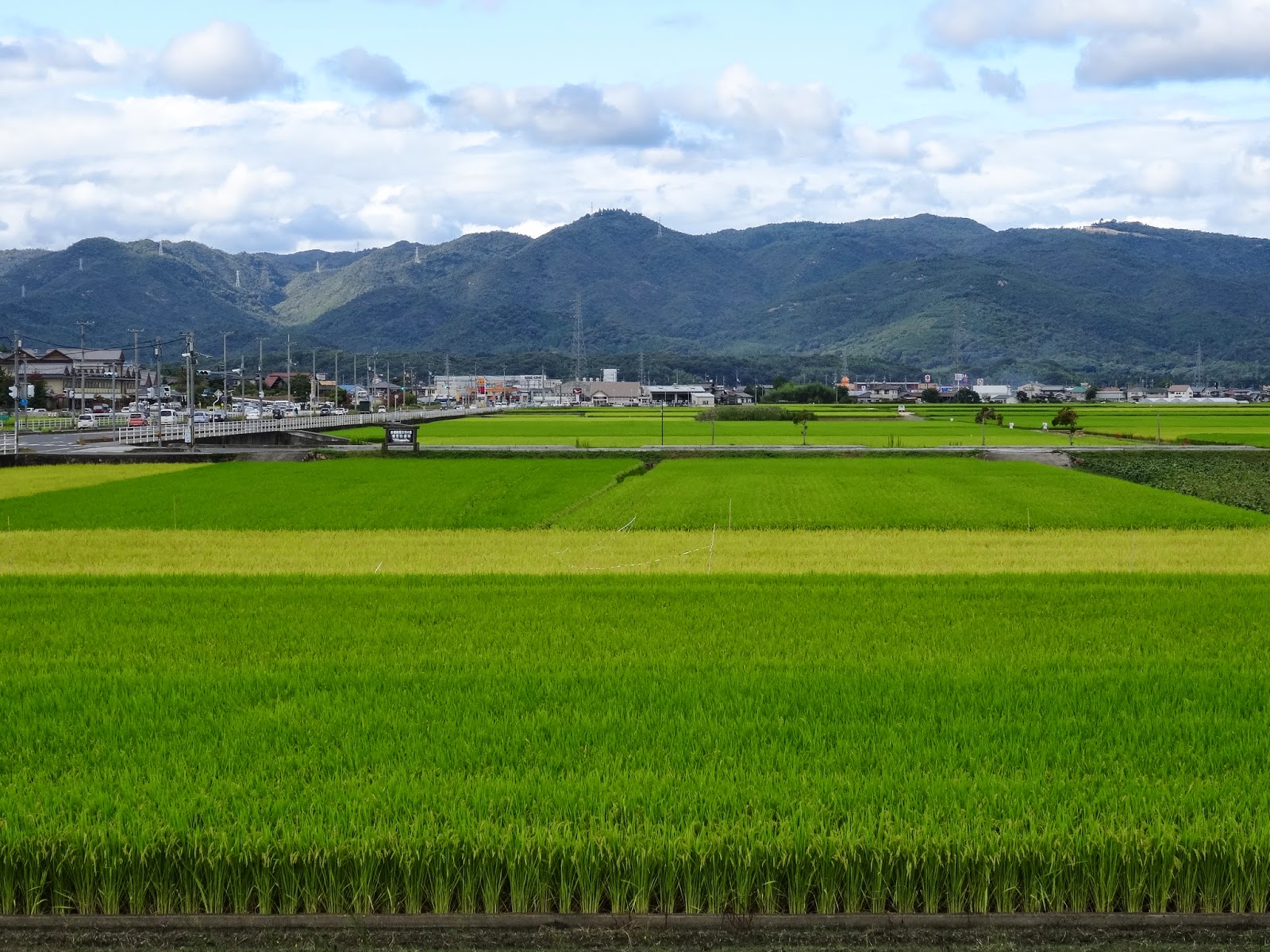 When biking in such pretty surroundings (along a lovely flat route),
it felt like I was experiencing a little bit of paradise on earth! :)
Posted by YTSL at 8:15 PM

I'm unable to recall any of your previous travel entries that are better than this one. You condense the bike ride across the Kibi Plain into some memorable highlights, especially the rice fields, the pagoda and I love the composition of your burial mound photo.

And just look at Puppet Ponyo! I've never seen your ageless travel companion look so relaxed and carefree, so totally laid-back...A Day in the Life of Puppet Ponyo, captured photographically in her classic traveler's bliss! This is a blog to remember.

I'm happy you enjoyed this blog post so much! And look at Puppet Ponyo indeed - literally laid back on my back pack in the front basket of the mamachari! ;b

This is a great post and I love the wee ponies :) I thought I'd stop by your blog and catch up a bit. What a fab biking adventure :)

Thanks for stopping by and I'm glad you like this blog entry. :)

I'm glad I got to know your blog via Photo Hunt and I miss playing sometimes. But I guess the time was right to stop...

Thanks! I also had seen rice fields in Bitchen-Takahashi and in Okayama (the latter within Korakuen) and taken photos of those. But it's the Kibi Plain snaps that turned out the best, I think. :)

Looks like a wonderful way to see the countryside. Mamacharil bikes are practical and look like a fun way to see the sites. And Puppet Ponyo does look very laid-back as Bill said.

It is/was -- and now it's got me in search of more scenic (and easy!) biking routes in Japan! And I like mamachari -- and so does Puppet Ponyo... ;)