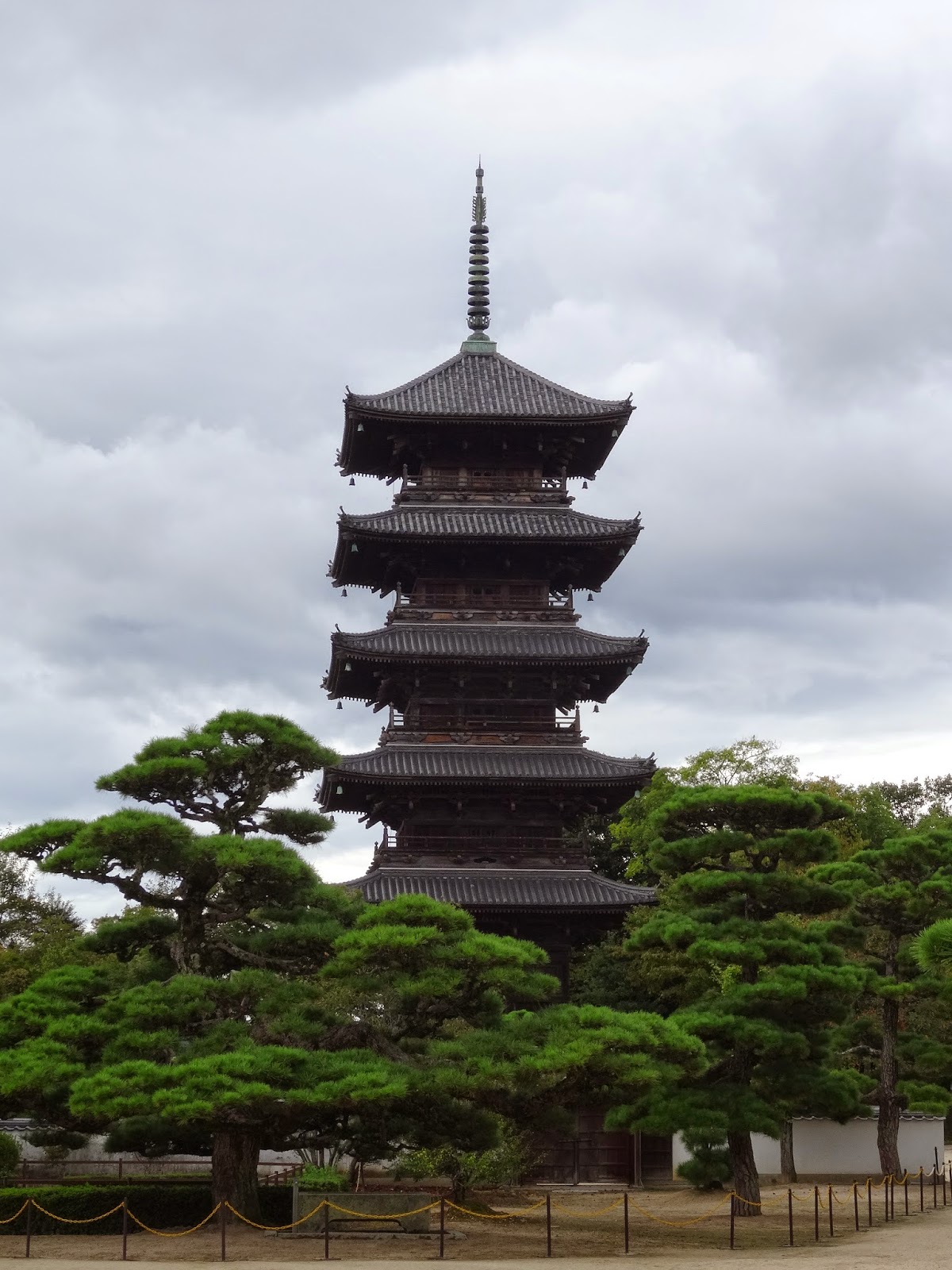 The five-storey pagoda of Bitchu-Kokubunji
looks impressive, be it from a distance and up close 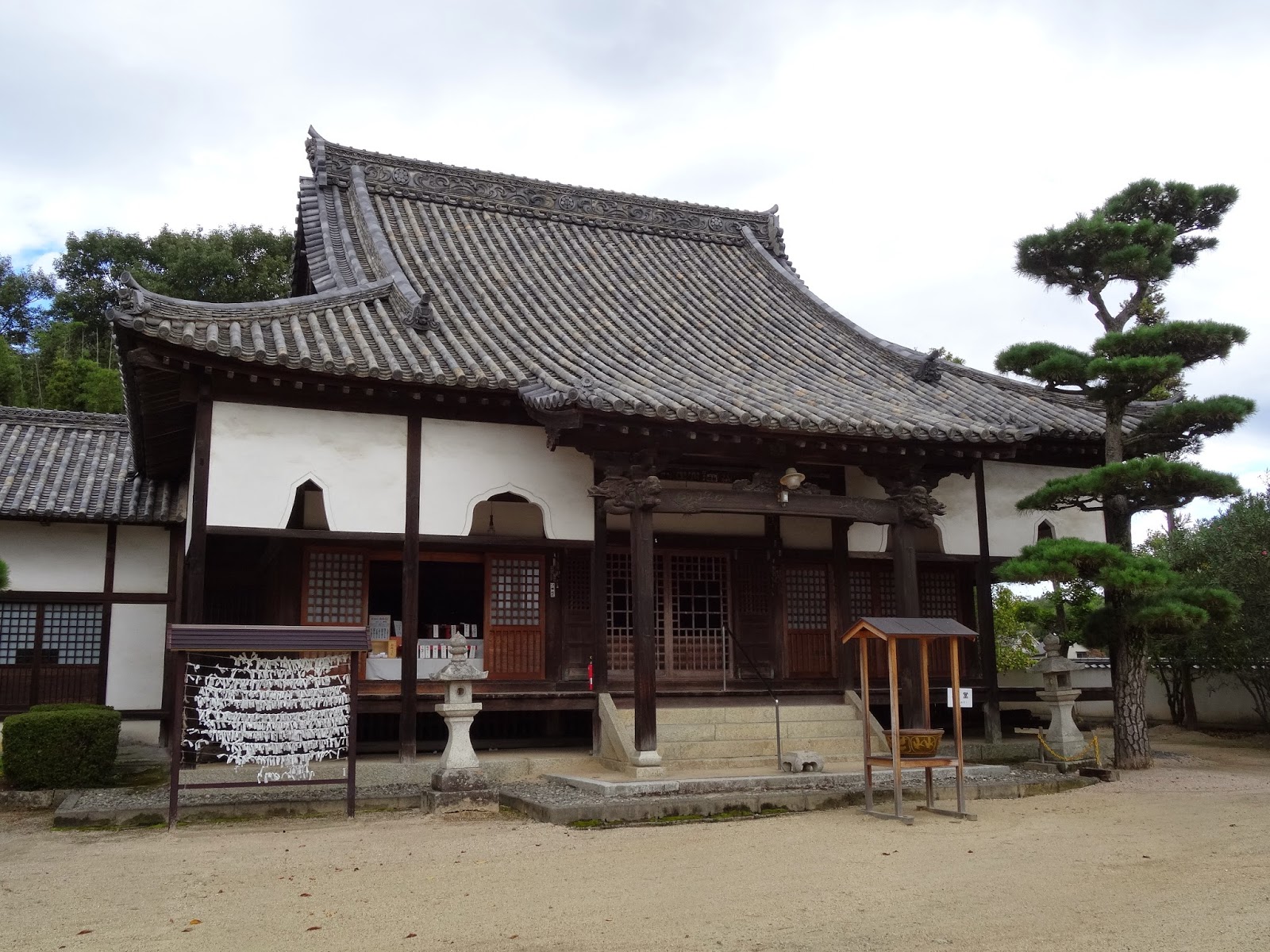 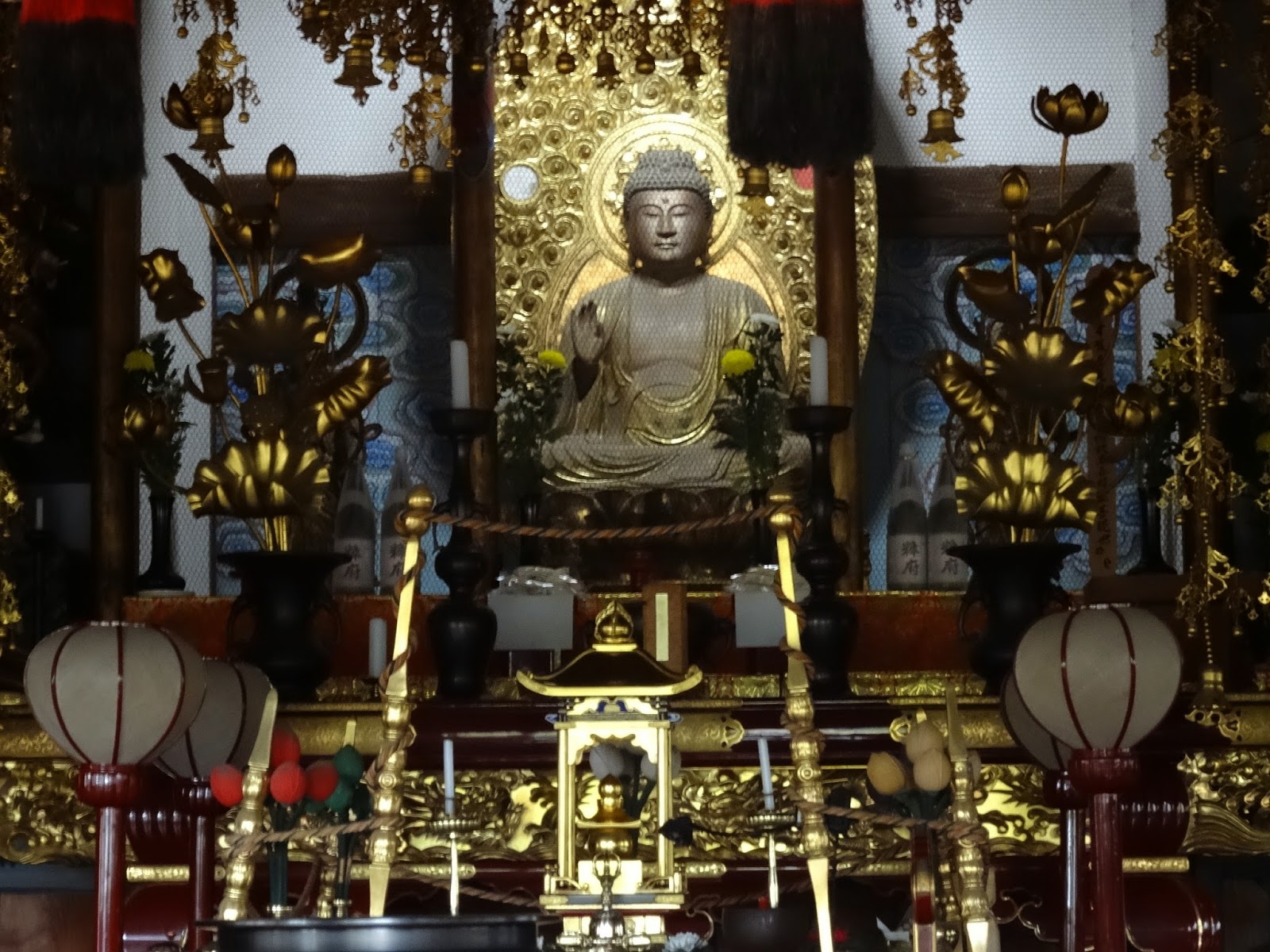 When thinking back about the sights I saw over the course of my Kibi Plain bike excursion, I think the single most interesting place I visited was Kibitsu Shrine but the most eye-catching has to be Bitchu-Kokubunji -- specifically, its five-story pagoda, which was the last of its kind to have been built in Japan and can be seen from miles away.
Again, as with Kibitsu Shrine, I had the place pretty much to myself at Bitchu-Kokubunji.  And once more like with Kibitsu Shrine, there was no entrance charge for the place -- something that I'm pretty sure would not have been the case if Bitchu-Kokubunji were located in, say, Kyoto or Kamakura (where all the Buddhist temples I visited charged entry fees though -- and this is something I've found pretty much without fail in Japan -- the Shinto shrines do not).
For the most part, I was content to peek into rather than enter any of the buildings at Bitchu-Kokubunji -- with the exception being that which housed a small souvenir area and where some food could be served.  Although part of me was tempted by the thought of having a bowl of soba (buckwheat noodles) there, I settled instead for a cone of one of those great soft serve ice creams that I love to eat when I'm in Japan -- and which helped to slake my thirst as well as fill me up a bit!
More than incidentally, I was surprised to find way fewer eateries along or near the Kibi Plain bike route than I thought I would (so was glad that I did pack some snacks to eat along the way). I also didn't expect to see so few people out on the bicycle path that day.  In all, I think I saw just three other bicyclists cycling from Bizen-Ichinomiya to Soja, and only one bicyclists electing to go the opposite way -- and I think that increased our feeling of camaraderie, so whenever we spotted one another, we'd smile and be friendly like we knew each other (when, in fact, we didn't!).
Bitchu-Kokubunji was the last place I stopped at before I got to Soja -- and looking back, I should have stopped at a couple of attractions in the town itself.  Maybe another time... and if so, I may be tempted to go on this really very pleasant bike path once more, and check out other sights in the area that I didn't go for this time around! :)
Posted by YTSL at 7:51 PM

Sights along the Kibi Plain seem to have made a lasting impression on you, judging by your lingering "reflections" in this photo-essay. (Readers' comments on other travel sights advise visitors to observe signs along the way carefully, as it is easy to take a wrong turn and get lost)...Interiors of Japanese temples are often too sparsely decorated for my tastes, but not this one. The bottom photo of the Buddha statue and other objects on the altar are glowing!

Yes, indeedy, re the Kibi Plain having made a lasting impression on me. I wondered how much I'd remember of my September vacation a few months down the road. Evidently a lot -- and fondly too! ;b