Hiking up to Sha Tin Pass and then Lion Rock and Beacon Hill too! 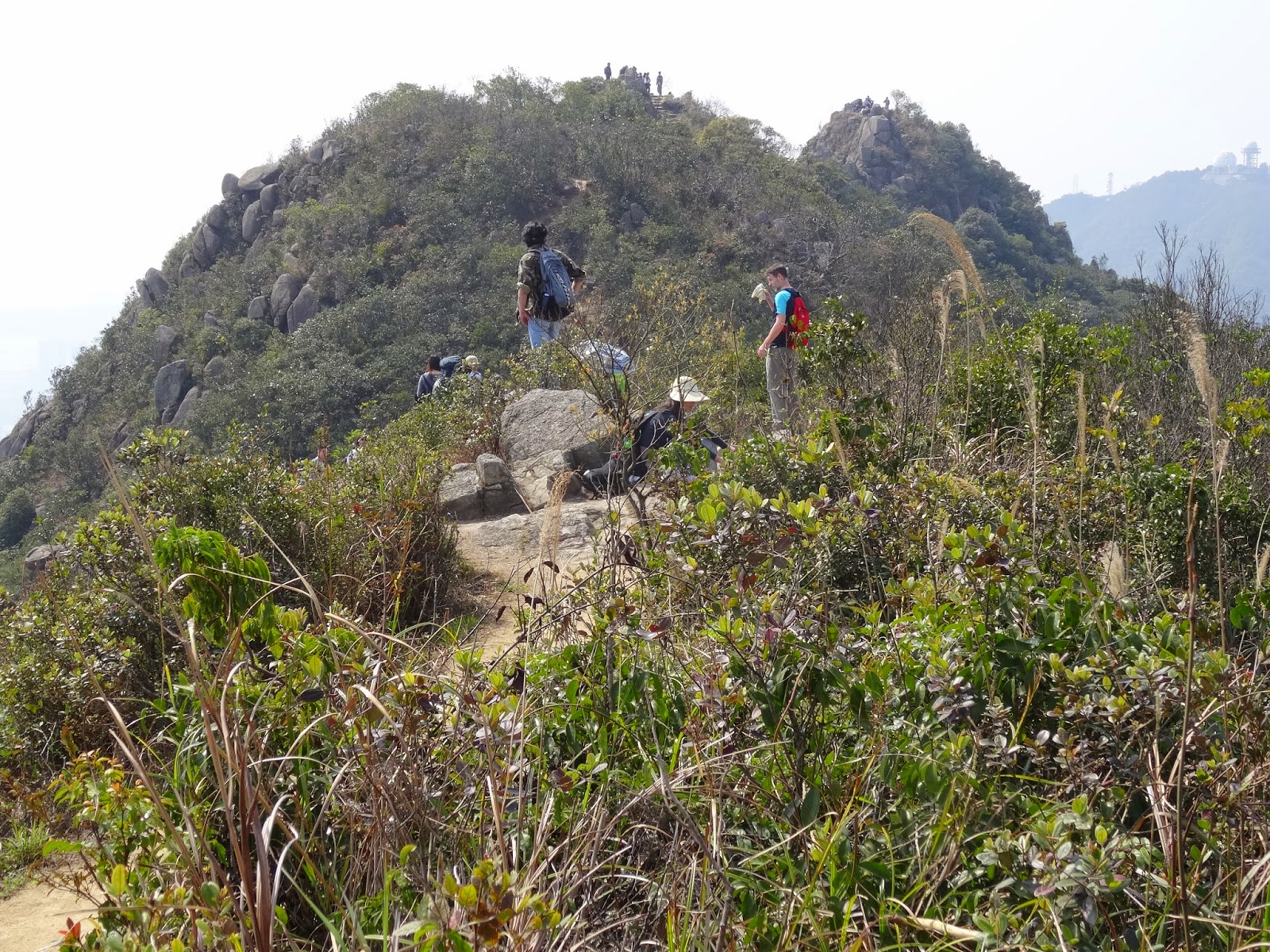 Guess where this photo was taken! 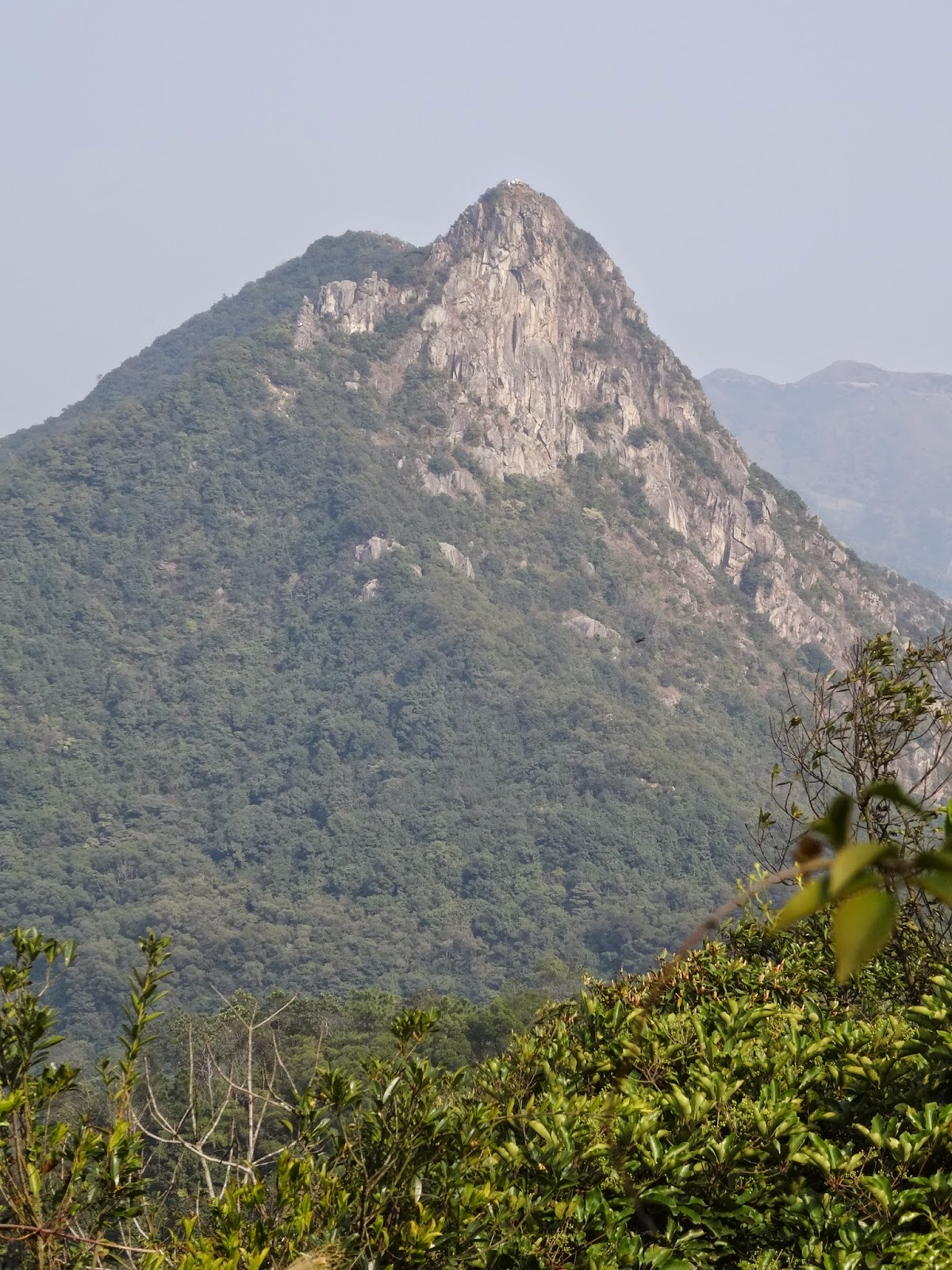 Congratulations, you're correct if your answer
was "the top of Lion Rock"! ;b 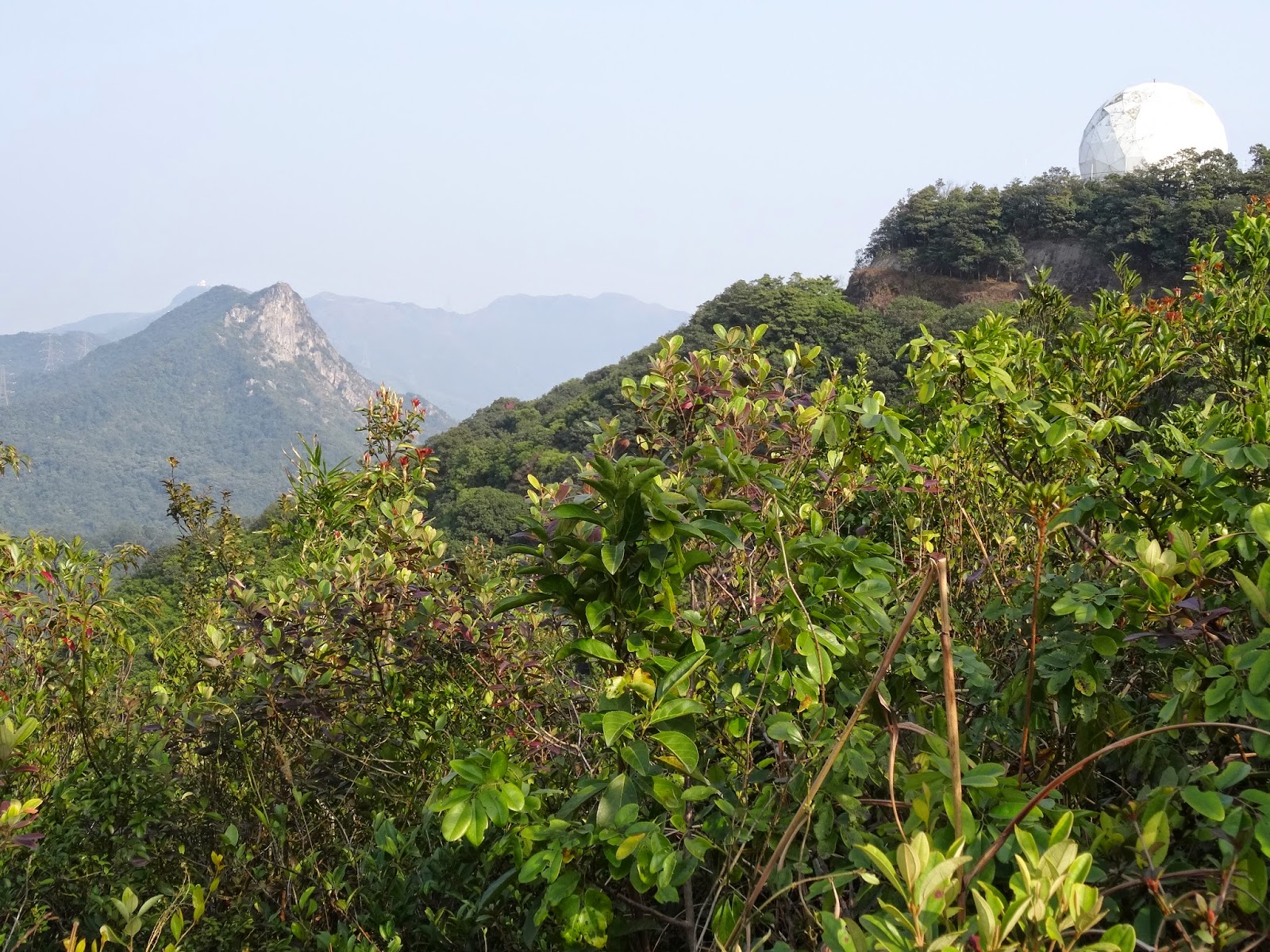 As this view from the area to the west of the top of Beacon Hill
(which Lion Rock in the distance) shows, my hiking friend
and I went on quite the hike earlier today!

For various reasons (including my mother coming over to visit me in Hong Kong and last Sunday being when a pro-democracy rally took place), I've not gone hiking since New Year's Day this year.  And after the terrible trail fiasco of January 1st, I opted to go along an established trail today -- albeit one which sections which I went on for the first time, and with a detour or so along the way.
Also, rather than begin our hike at the official start of Section 5 of the Maclehose Trail, my friend and I opted instead to join it at Sha Tin Pass, from where we got to from a trail that very conveniently connected directly from the bus station in Tsz Wan Shan that we got off the bus.  This way, we bypassed one peak in 583-meter-high Tate's Cairn but after adding a detour up to the top of 495-meter-high Lion Rock to the route that also included a pull up Beacon Hill and then down again to the end of the hike via a section of the Eagle's Nest Nature Trail, I think it can be safely stated that it still was one doozy of a hike that we went on today!
Although visibility was not the greatest today, it still was pretty nice day for hiking -- and from the large numbers of fellow hikers we saw on the trail this afternoon, particularly at Sha Tin Pass and at the top of Lion Rock, many people agreed that this was the case!  And so enjoyable overall was today's hike that my friend and I got to talking, even before we got to Beacon Hill, about wanting to go on this trail again -- or at least part of it -- in the summer, when there's usually much higher visibility.

At the same time though, we had to admit that this is a part of Hong Kong that -- despite being so close to very high density urban sections of the territory -- is actually not all that easy to get to.  A case in point: despite the trail from Tsz Wan Shan being the shortest and most direct of the four trails leading up to Sha Tin Pass that I've now tried going on, it also involves the steepest ascent -- with pretty much zero "warm up" opportunities before going all the way up, up, up there! ;b
Posted by YTSL at 8:35 PM

That is quiet the hike! Something I could never do!!
I'll just enjoy your photos from the comfort of my kitchen.

I'm glad you're enjoying my photos from the comfort of your kitchen. ;b