The Pottinger Peak bonus addendum to a hike that also went along Dragon's Back! 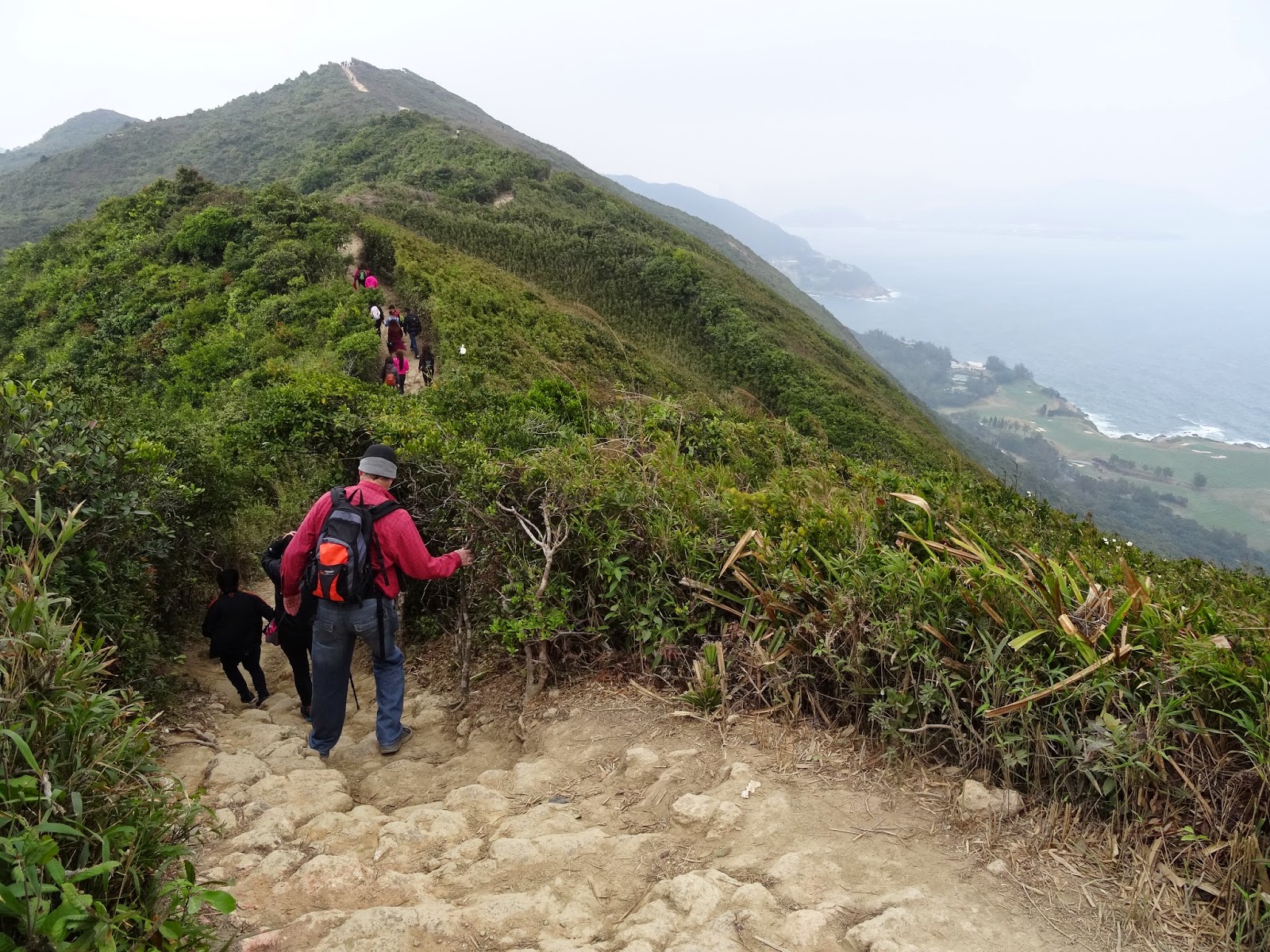 I went up and down a number of peaks this afternoon,
including along Dragon's Back 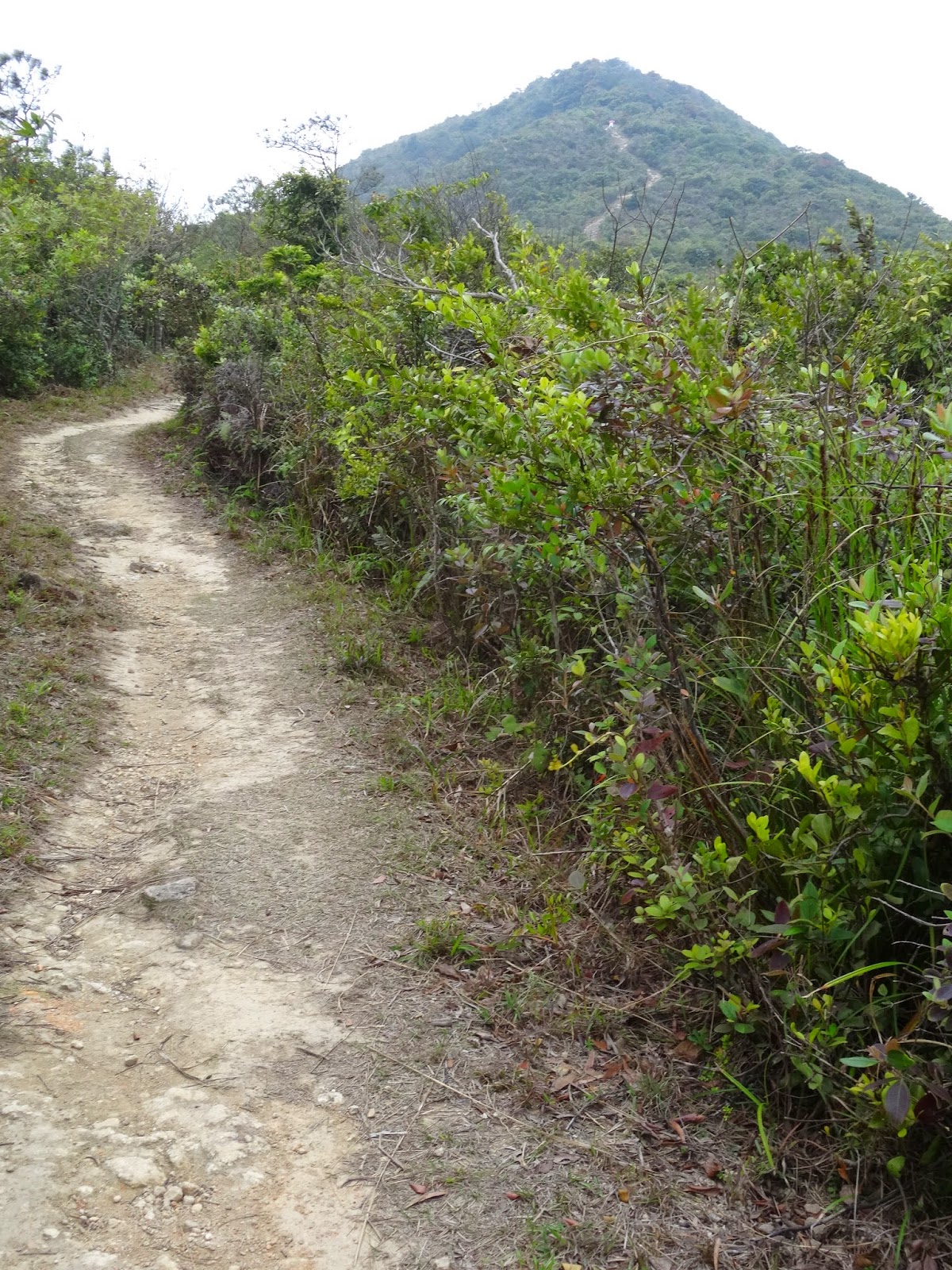 The final hill I went up (and down) today,
Pottinger Peak, also was the highest! 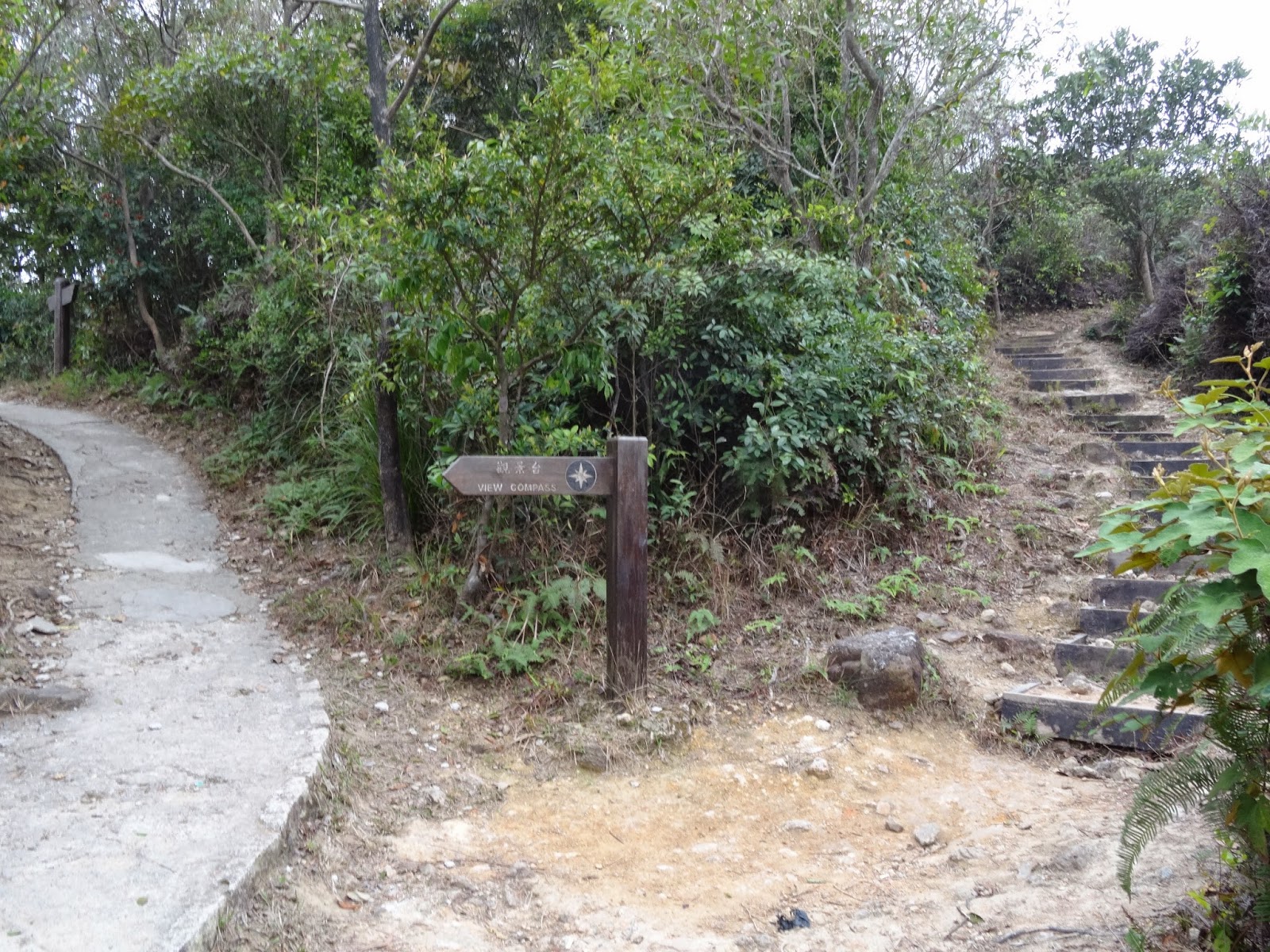 This 312-meter-high hill also had the fewest people on it --
due in no small part, I'm sure, to the way up it not being signposted!


"It's all relative" and "context is key" are among the two maxims I remember learning as an anthropology major at Beloit College. And those two maxims came to mind as I beheld, then made my way up, Pottinger Peak earlier today (the first day of Chinese New Year, more than by the way -- so Kung Hei Fatt Choi to this blog's readers!).


While some people will reckon that a 312-meter-high hill would be super easy to go up, what needs to be borne in mind is that I happened to come across a trail leading up it only after having gone up and down a number of other hills earlier in the day -- and Pottinger Peak also happened to be higher than all the rest of those hills I had been on!

Thus it was that I hesitated a bit before deciding to go ahead and follow the path which, as with that for High West several miles to the west of Hong Kong Island, is surprisingly un-signposted (but is marked on the Countryside Series map for Hong Kong Island as a dotted -- i.e., "difficult/indistinct or seasonally overgrown" trail). Oh, and feeling tired upon thinking how intimidating the path looked, felt a need to consume the chocolate bar I had brought along to give me an energy boost before venturing up to the peak!

If truth be told, the top of Pottinger Peak is on the visually underwhelming side -- for while it does have a trigonometrical station and a signal station up on it, the very top has so much foliage on it that no views are to be had from there!  However, if one were to stand atop the ruin of an Artillery Observation Post close to the top of the hill on a clearer day than today, I could see that some nice views would be possible.


The satisfaction from scaling Pottinger Peak, then, came more from having one more peak to add to the list of Hong Kong hills I've now gone up.  The funny thing too is that I can't remember having seen the way up it when I was in the area several years back.  Thinking back, I can only surmise that at the time, I was so fixated on following signs along the Pottinger Peak Country Trail that it just didn't occur to me to try going along an un-signposted trail!


In my first year or so of hiking in Hong Kong, going along the kilometers of trail that took in the Dragon's Back also would have seemed like sufficient workout for the afternoon.  Today though, I didn't feel like a couple of hours of hiking was enough -- and when coupled with the Dragon's Back being too crowded (and consequently filled with the sound of people's voices) for my liking, I felt a need to continue hiking, and in quieter surroundings.

Thus it was that the post Dragon's Back section of the hike actually turned out to be the highlight of today's excursion for me.  And for the record, while I found too many people huddled near the trigonometrical station on 284-meter-high Shek O Peak (that's part of Dragon's Back) to be bothered to take a photo of it this time around, I did go ahead and take a snap of the trigonometrical station atop Pottinger Peak -- only to decide that there are better photos to share from today's hike than it! ;b
Posted by YTSL at 10:41 PM

Sounds like there was too much company on the trails today! Good job though on the hike!

The trail for the first hour and half was on the crowded side -- but the next two and a half hours were fine of the hike was quiet enough for me! :)

As a regular visitor to this site, I don't see how this year of the Sheep (Goat/Ram) can get any better for you than this past Year of the Horse...

Some HK highlights of the past year (if my memory is correct) would include your coverage of the 2014 protests; all of your hiking posts; your interior photos of the Sunbeam Theatre; a spectacular panoramic photo of HK taken from High West; and your post about being issued a Permanent HKID.

As far as travel goes, I recall you visiting Penang, Seoul, Germany, and two trips to Japan! Some highlights for me would include the wall murals of Georgetown; the illuminated night streets of Osaka; the 21st Century Museum of Contemporary Art and its pool installation; the revitalized waterways of Seoul; the Seoul street performer known as "The Bubble Man"; Ponyo at Seoul's Coex Aquarium; the bike ride through the impressive Kibi Plain; photos from atop Kojima's Washu-zan; finally, every single one of your Germany and Luxembourg posts.

As for your friend Puppet Ponyo, she seems to project the increasingly sophisticated demeanor of a world traveler. And now that she's officially a permanent HK resident, her poses project - a quite remarkable urbanity!

Good health,
good luck
and
much happiness
throughout the year of the Goat.

I think this blog had a good Year of the Horse but Occupy Central/Umbrella Movement showed that all's not well in Hong Kong, and I would love to see a happier Hong Kong in the Year of the Goat/Sheep/Ram.

Thanks so much for appreciating my blog (and Puppet Ponyo!)! One correction: my Cheonggycheon visit took place on a previous trip to Seoul. Also, watch out for more September in Japan blog posts -- am not done with those yet! :b

Thanks for your continued visits and Chinese New Year wishes. Kung hei fatt choi -- and keep in touch this year of the goat, please! :)

2 or 3 hiking in a day?! you must be hardcore! :D
But looking at your last photo, which is incredible by the way.. which path did you choose?

No, no - I just did one hike that day... but I lengthened the hike by cobbling together my original route with the Pottinger Peak Country Trail and heading up (and then down) to the top of Pottinger Peak itself!

Re the last photo: I originally came one end of the paved path in the picture, went round to have a look at the view compass and then went up the steps to Pottinger Peak before going back down the same stairs and then continuing along the paved trail down to Chai Wan! ;b