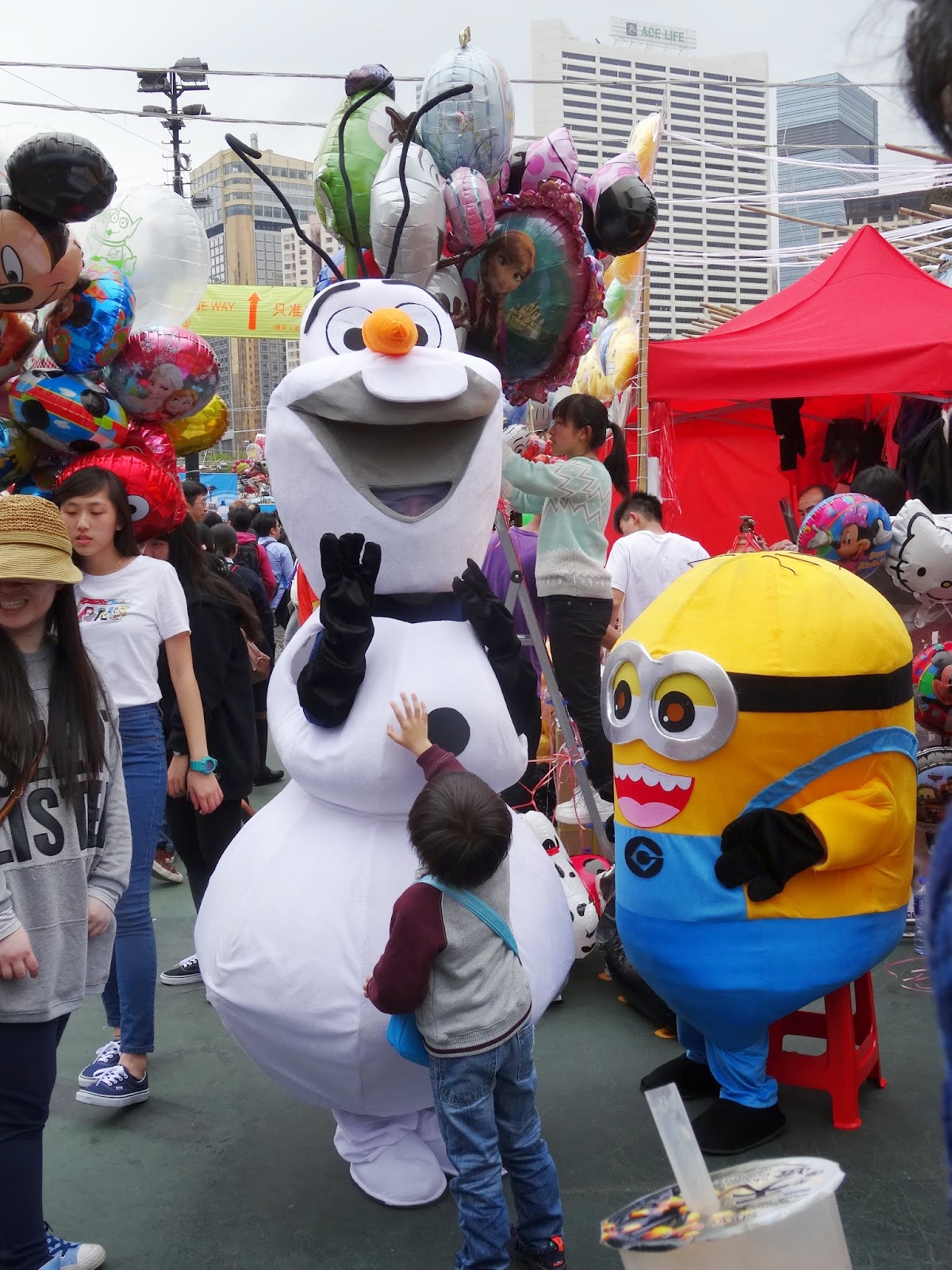 Frozen's Olaf, a fan, and a Minion among
the crowd at Victoria Park this afternoon 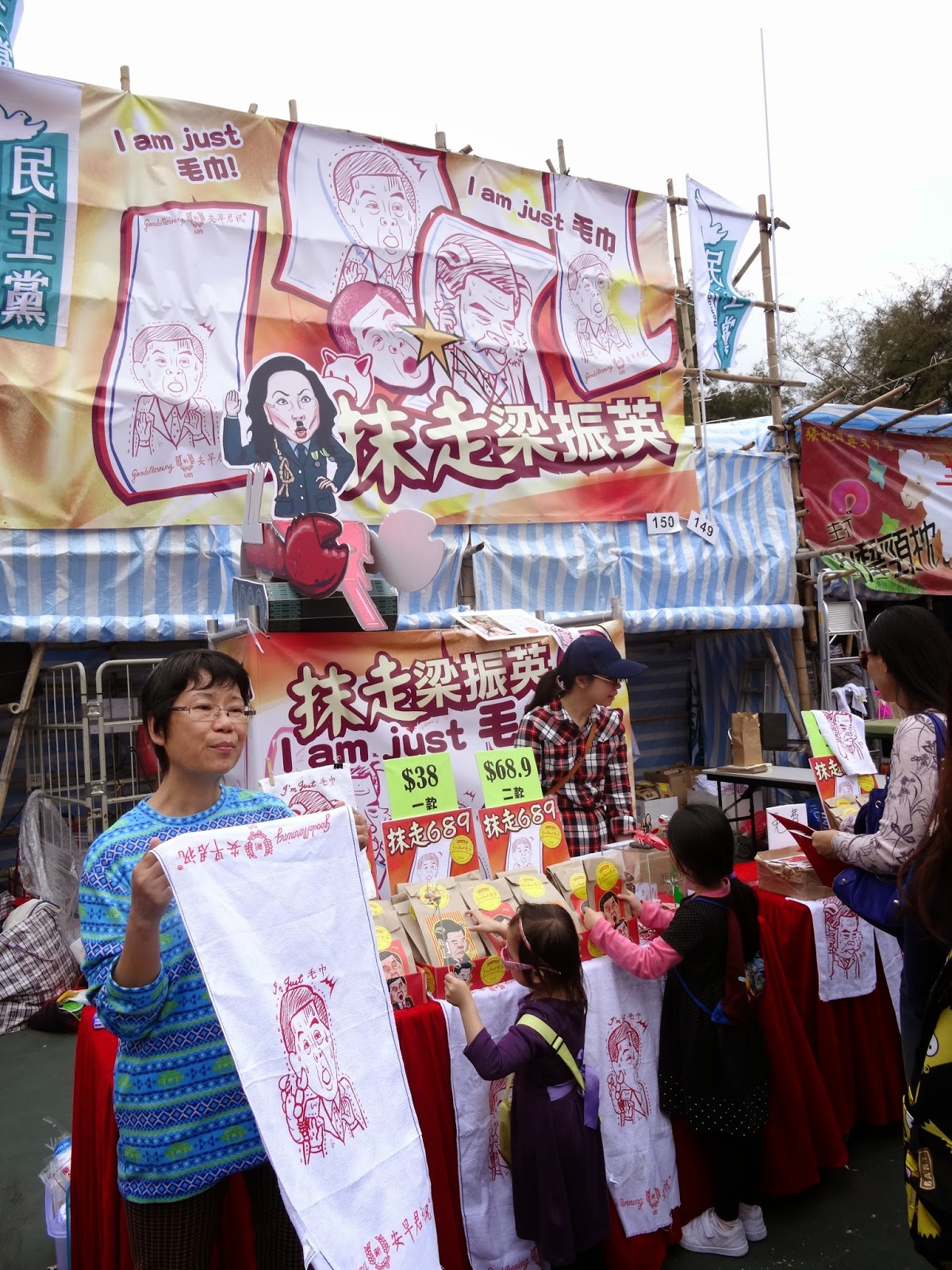 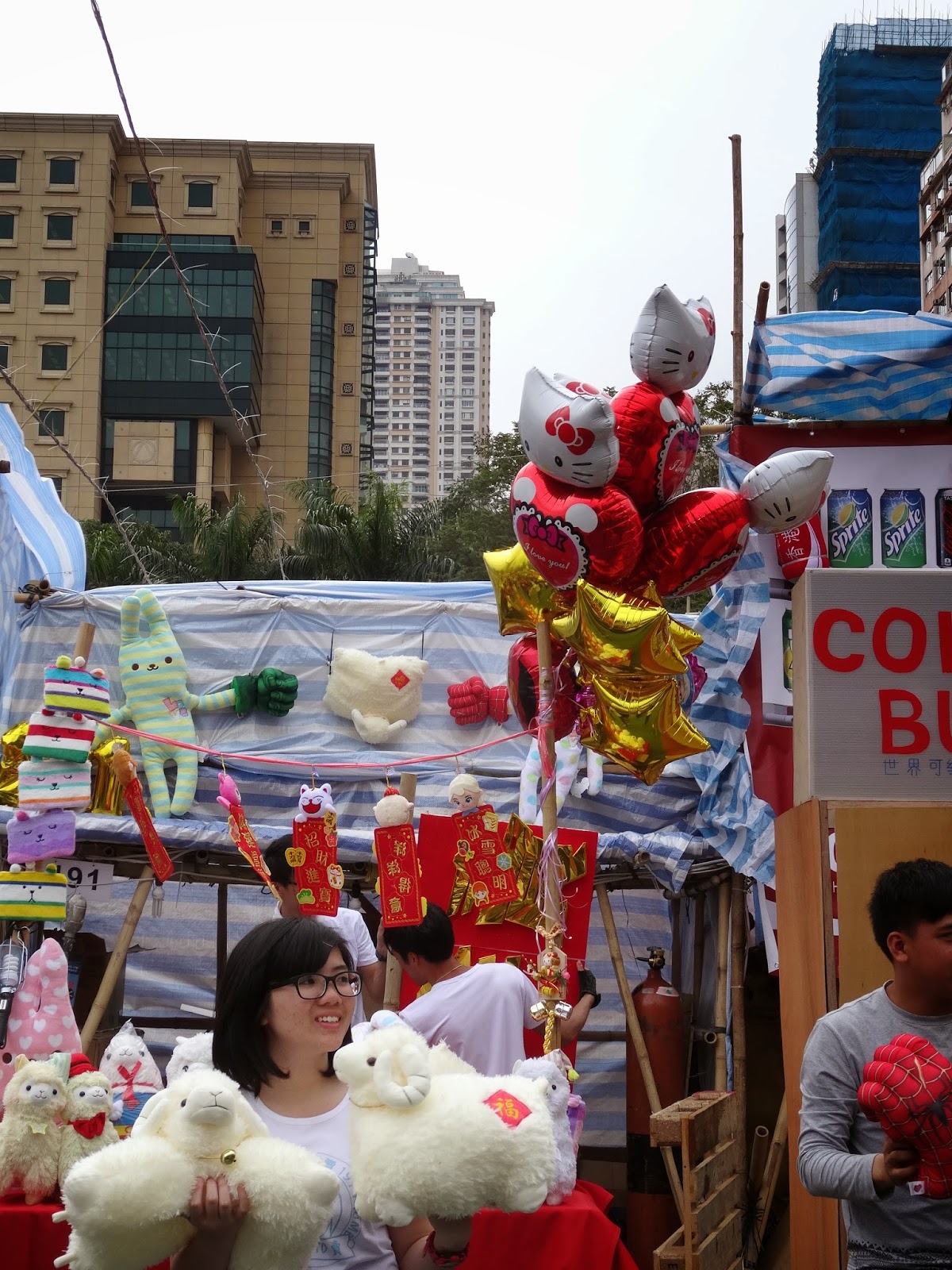 Hello Kitty balloons and sheep plushies are,
of course, a given at the Lunar New Year Fair ;b


February 14th may be Valentine's Day but more importantly to a fair few people is this year's falling just five days before the first day of the new lunar year of the sheep (or goat or ram -- since, in Chinese, the same word is used for all of them!).  And thus it was that hundreds, if not thousands, of people headed over today to check out the Lunar New Year Fairs (AKA Chinese New Year Flower Markets) held in 15 locations throughout Hong Kong.

Like in previous years, I chose to go to the largest of these markets -- the one at Victoria Park. And as on my previous visits, I saw lots of flowers (what people traditionally go to buy at these markets), good luck items, plushies and balloons on sale at the festive fair.  And as with at least one other time that I've been to these markets, I passed by a stall operated by/on behalf of the Tiananmen Mothers.

Political-themed items were particularly noticeable this year thanks to the Umbrella Movement/Revolution not being a thing of the past like the authorities wish to have people think -- and they weren't on sale only at the stalls manned by political parties such as the League of Social Democrats, Civic Passion, the Democratic Party and the Civic Party either.


At the same time, I have to say that there appeared to be a lot more Frozen-themed items and Hello Kittys on sale at Victoria Park today.  And while I also spotted a number of Totoros at the Chinese New Year market, none of them were carrying yellow umbrellas -- unlike those I spotted last year at Admiralty, Central, Causeway Bay and Mongkok.

I have to admit to having hoped to see -- and buy -- a balloon or inflatable Baymax (from Big Hero 6) at the Lunar New Year Fair.  But all I saw there as far as Baymax items go was one measly plushie!  (Message to Baymax toy producers and sellers: he's referred to as "balloon man" by another character in the movie.  Hello?  Shouldn't that be a strong hint that people would want to have Baymax balloons or inflatables???!!!  So...any chance of getting stocks of those before the markets close in the wee hours of the first day of Chinese New Year?)

Much more clued in are those who have figured out that Shaun the Sheep would be pretty popular at at this year's fairs -- on account of the upcoming Lunar New Year being that of the sheep (or goat or ram) and the Shaun the Sheep Movie going to be released in cinemas on the first day of Chinese New Year.  And while 12 Golden Ducks items may not fare so well at the fair, fair play to those behind this Chinese New Year movie (and its promotion) for having a dedicated stall in Victoria Park this year! :b
Posted by YTSL at 10:42 PM

Hi YTSL, what a fun event! Just the other day I was having a long discussion about the Chinese New Year. So interesting.

Wow re your having had a long discussion about Chinese New Year! Will you be heading to some place where it's celebrated on February 19th or thereabouts? :)

Happy weekend to you too!

What colourful events! Back here in KL most crowds keep themselves indoor in the malls because the weather outside's just too hot, or too wet with thunder storms (yes it's THAT erratic).

It's been unseasonably warm here -- and polluted in terms of the air too. But people still are out in droves -- guess we're used to these conditions in Hong Kong.

What great Hello Kitty balloons and sheep plushies in the third photo. Did you purchase anything at the Fair?

I tend to be happy to just look at the Chinese New Year Fair items. This time, I got one Umbrella Movement themed item -- and a stick of candied hawthorn fruit... like what I saw Brigitte Lin's character eat in "Red Dust" all those years ago! ;b