Order and civility in an "anarchic" area and situation 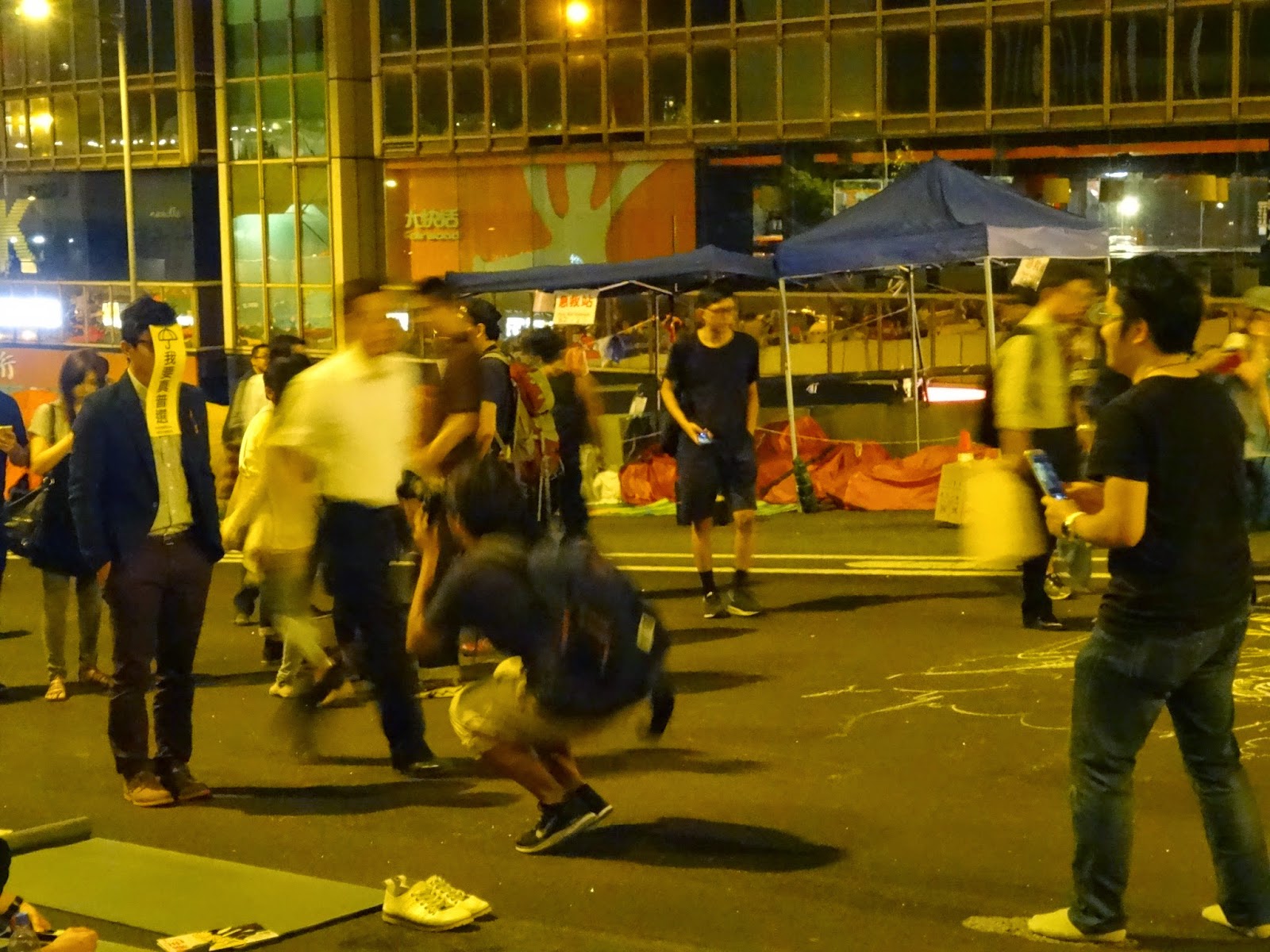 The Umbrella Movement banner on Lion Rock is
no longer there but it sure has inspired people,
including to be creative in remembering it! 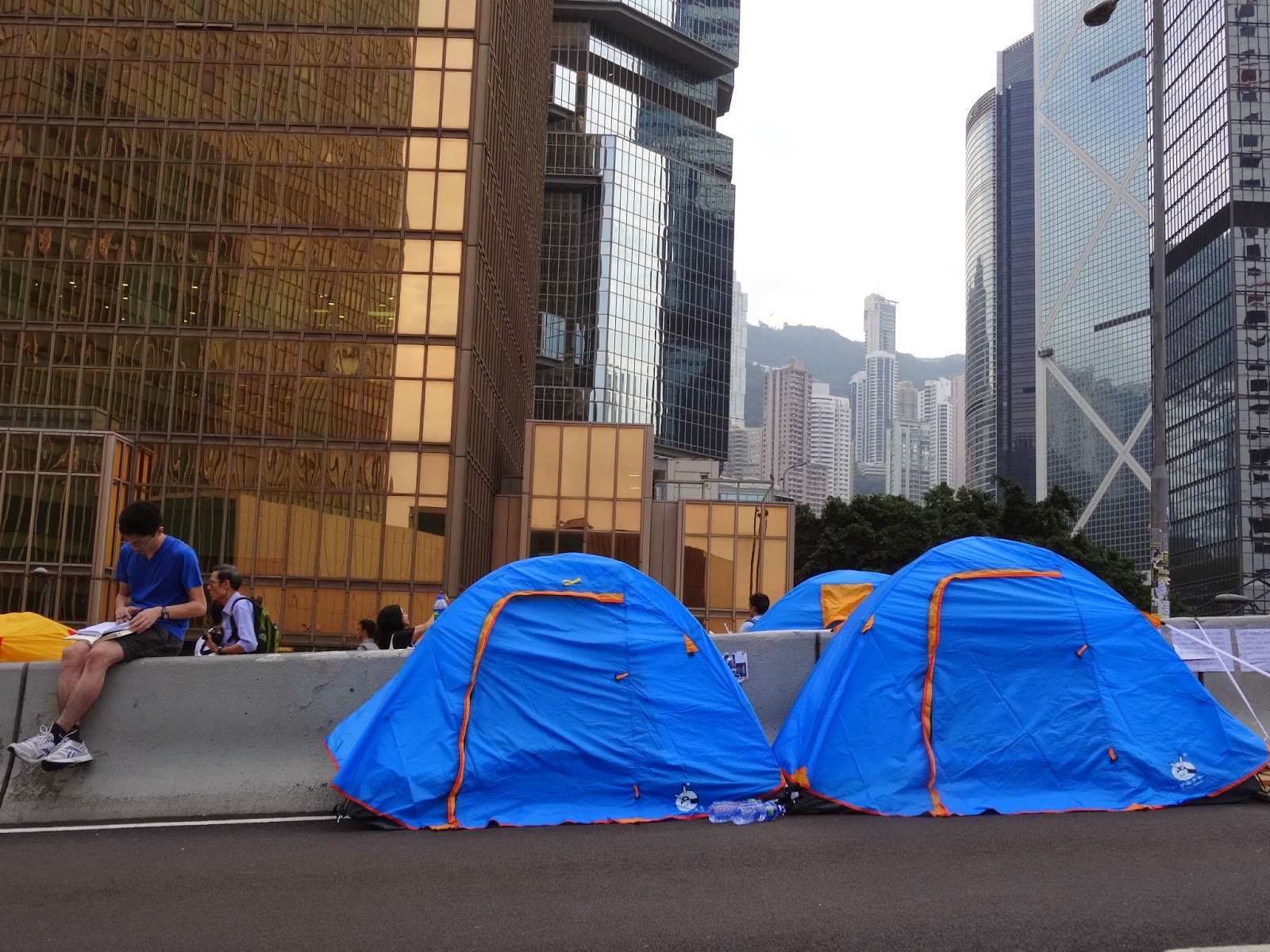 In the meantime, the 'Occupation' goes on 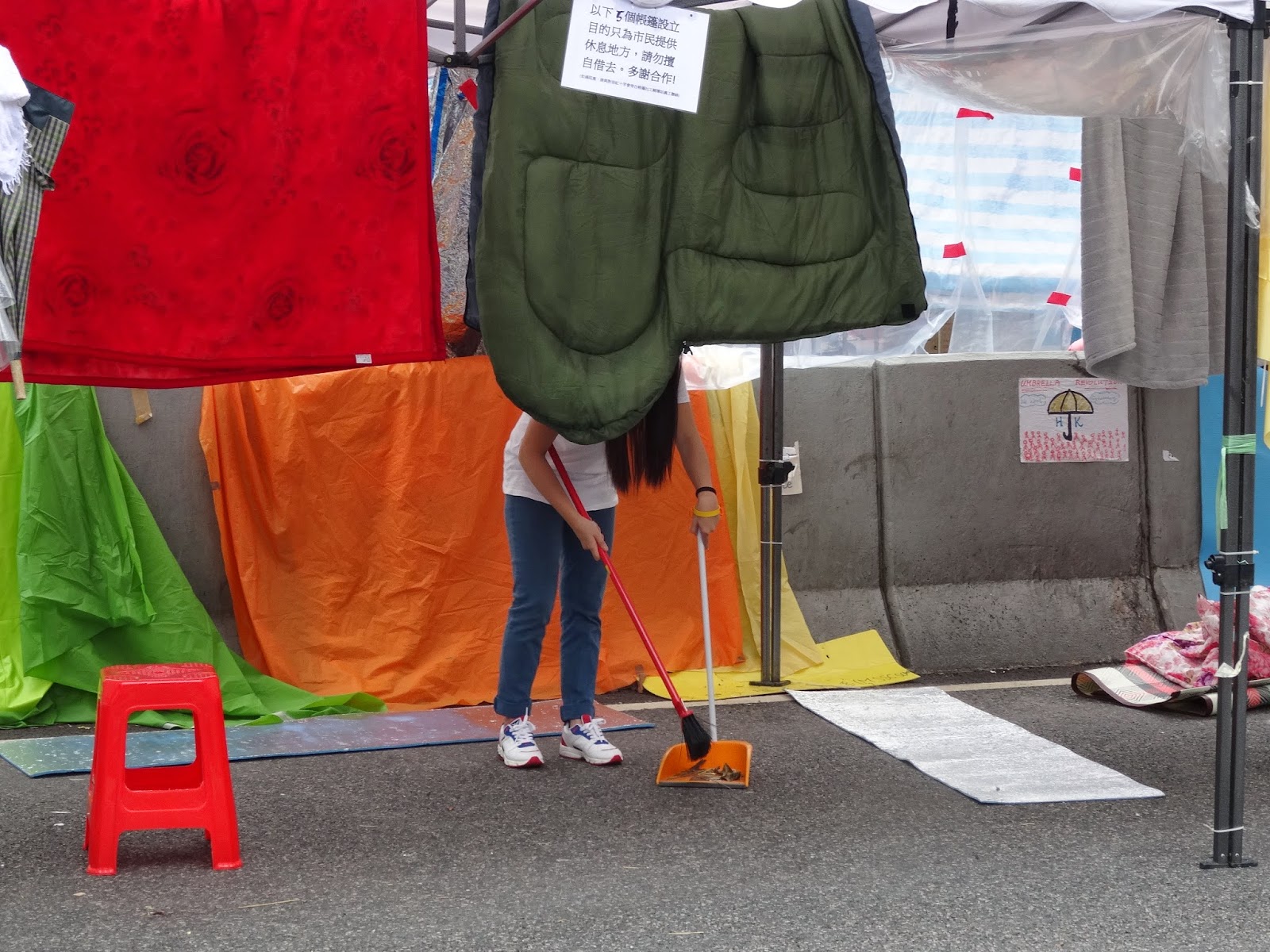 ...and yes, protesters here really do things like
read and clean up while in the protest areas!

While walking in my neighborhood this morning, I came across a few booths -- manned in the main by elderly men and middle aged see lai -- and got stopped by near one of the latter and asked to add my name to a signature to a "pro-police".  I refused -- not because I absolutely hate the police, or am against law and order, but because I know this campaign is an anti-Umbrella Movement one masquerading as something more positive.

Also, sorry, but this is far from the right time to express one's support of the Hong Kong police force -- for even while I will grant that they do appear to have been able to better control themselves these past few days and nights than otherwise lately, they have quite a long way to go to return to being looked upon as Asia's finest and an organization we can believe in and trust once more.

With regards to the people at the frontline of the "pro police" campaign: part of me is inclined to think that they are motivated by fear and also want to make use of fear -- specifically, that the Umbrella Movement will cause Hong Kong to become a place where chaos and anarchy reigns.

At the risk of sounding like a broken record: I wish people like that would go and visit the protest sites and see for themselves how it is there.  Honestly, I reckon that many of them will hardly be able to believe their eyes (and ears) at what they will find there -- particularly, Admiralty, the area with which I personally have become the most familiar.

In some ways, yes, it's anarchic -- in the sense that there is no one person "in charge" there, or even one group of people.  But as a recent TIME piece's headline and subheader have it, The main Hong Kong protest site is a perfect anarchist collective: There are no leaders, but everything, from the supply tents to the recycling stations, runs just beautifully.

Someone I know who was visiting the place for the first time this afternoon told me, in a way that made it seem like he was filled with wonder, "it's so quiet and peaceful"!  And, indeed, when you bear in mind how many people there are there, and also its location in a central, super urban part of Hong Kong, it really, truly is!


One reason for this is because of it being free of cars and other vehicles.  Another is down to the behavior and general deportment of the people who are there: honestly, civil and civilized are perfect ways to decribe it and them.  And all this without the presence of any designated enforcers of law and order about.

In what other part of the world do protesters do things like sit quietly and read, snooze and nap, sweep the road and pick up trash, go about fashioning origami paper umbrellas and yellow ribbons, etc.?  Only in Hong Kong, a place that is not just another Chinese city, surely?!
Posted by YTSL at 7:24 PM

I noticed those pro-police stalls all over CWB today - one was next to the Korean festival at Times Square, the other one under the flyover. Both in very busy sections. I saw kids signing leaflets and mums then taking pictures of them - insanity at its best!

Insanity coupled with ignorance and prejudice don't make a pretty picture. It's really difficult to go against opponents who don't fight fair, doesn't it? :(