I spent time today -- day four of Occupy Central Hong Kong (which also happens to be China's National Day) -- in Causeway Bay, Wan Chai, Admiralty, Central, Mongkok and Tsim Sha Tsui -- all areas, together with Sheung Shui, that currently are home to pro-democracy and anti-government protests by Hong Kongers.

Early in the afternoon, I met a friend in Causeway Bay who asked me, "can you smell something in the air?" -- and before I could answer, proceeded to tell me, "It's the smell of freedom!"

Other things that were discernible out there today: the goodwill, fellow feeling and largesse of protestors -- members of whom variously offered me yellow ribbons, bottles of water, towels, packets of biscuits and candy; the quiet determination of people who were there to be counted (upon); and the resolve to ensure that the protests would stay civil and good natured in a way that is characteristic of Hong Kong pro-democracy demonstrations.

As I trust the following photos will help show, I also saw Hong Kong as I had never seen it before -- with some sections of roads full of people and other stretches of roads (access to which have been blocked) eerily empty, of people along with vehicles.  In any case, what is clear is this: people power is being enacted -- and it's an absolutely beautiful thing to see. 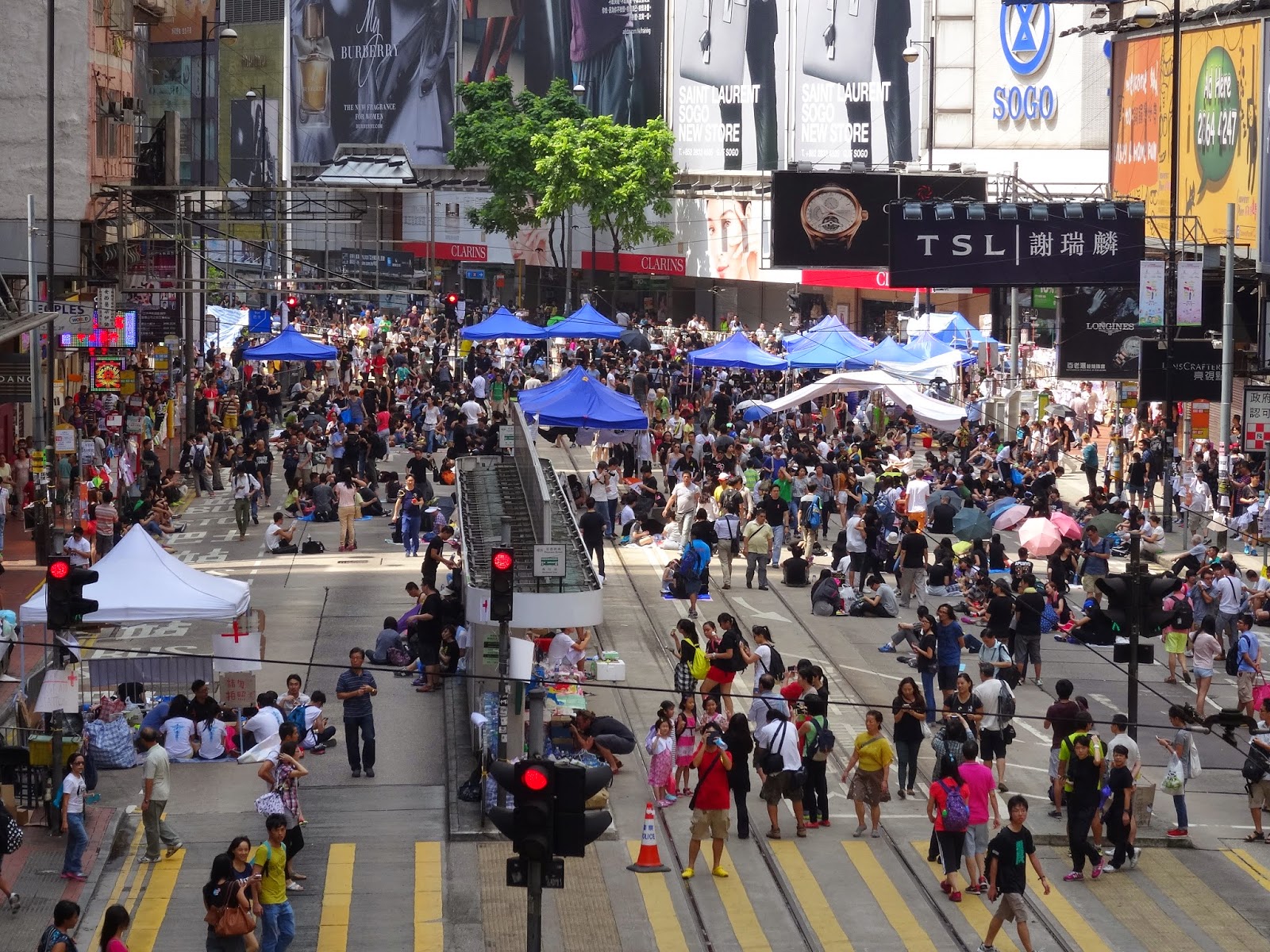 Lots of people were out in Causeway Bay in front of Sogo
-- and not many of them were there to shop! 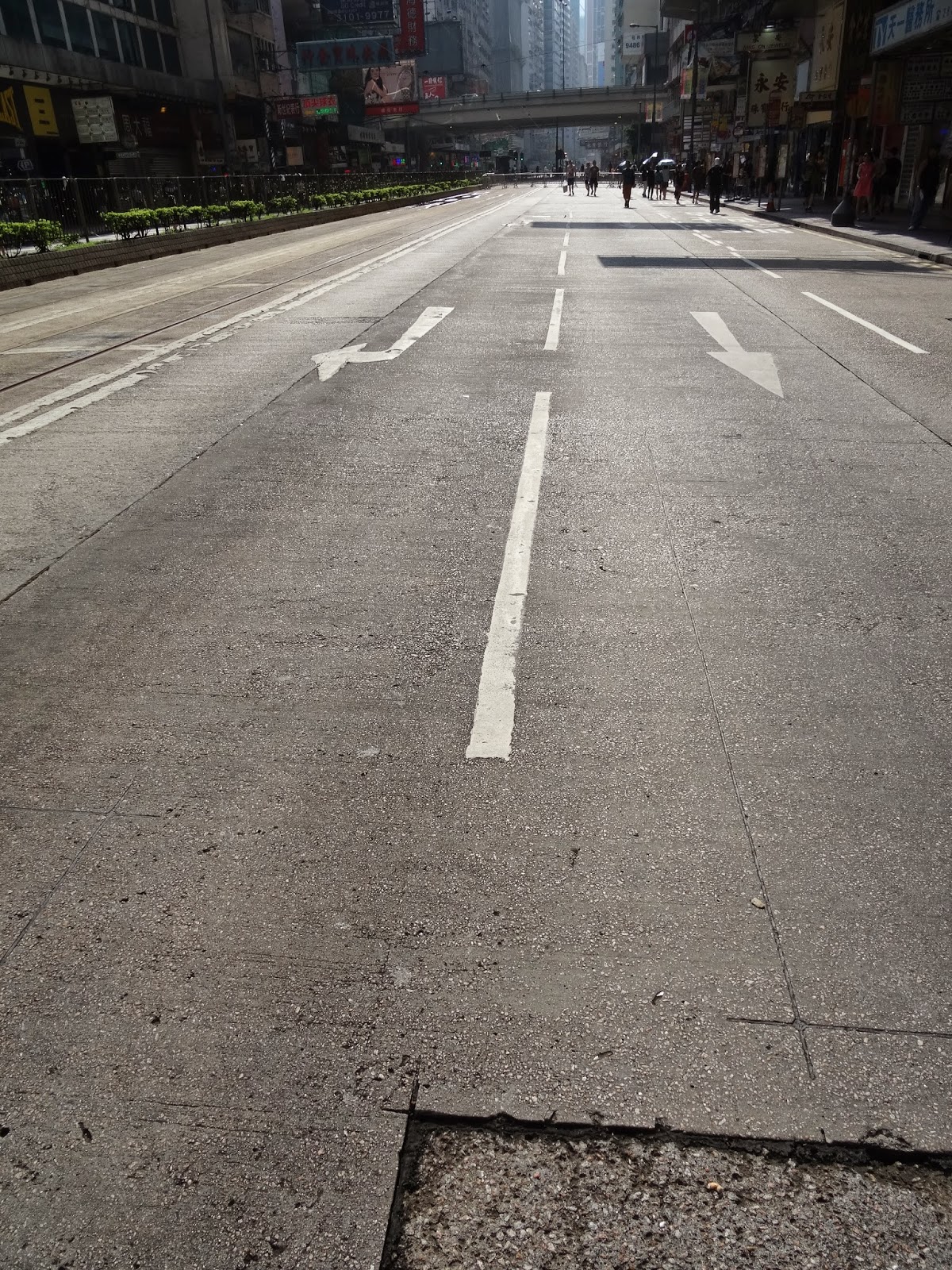 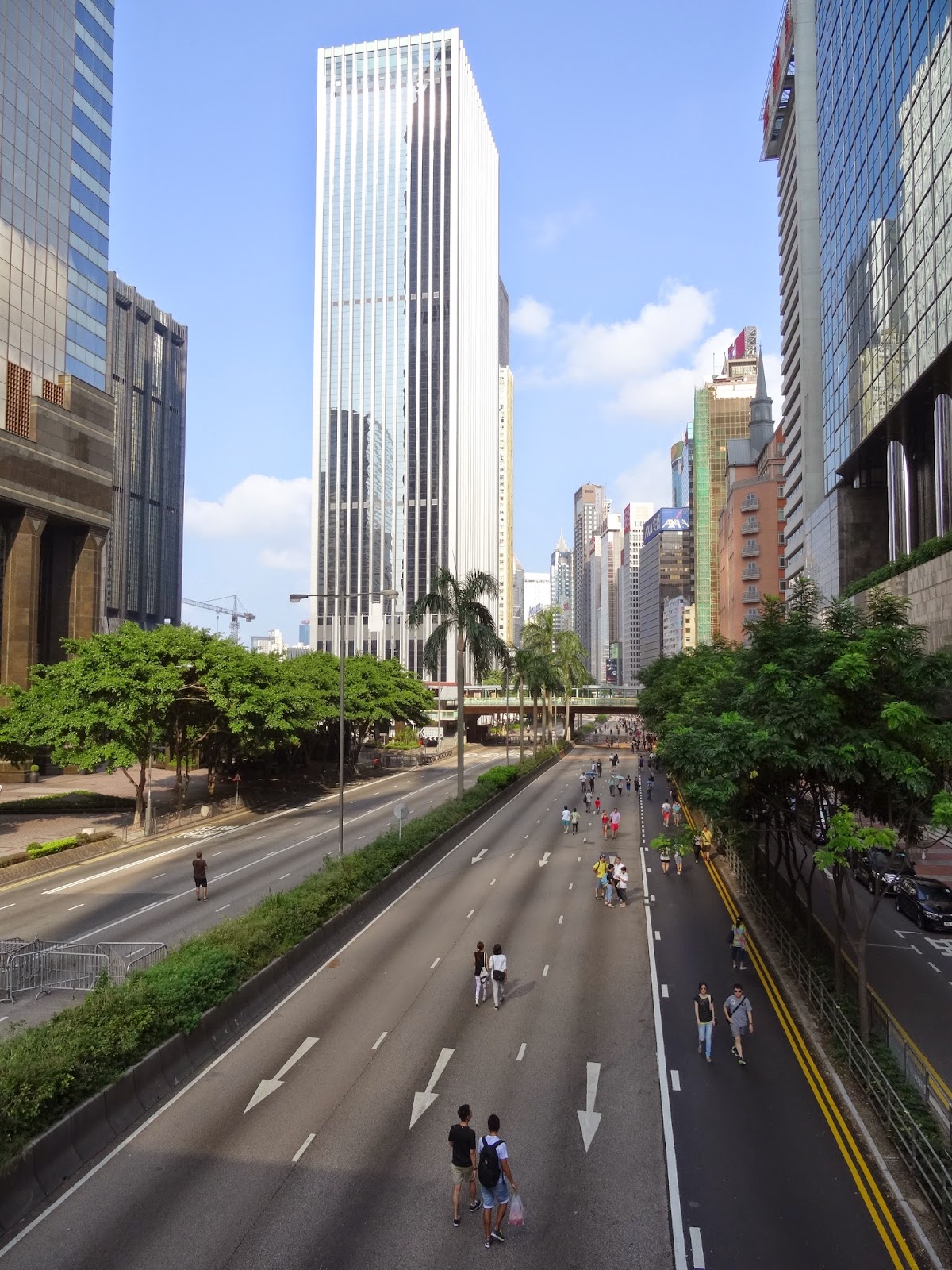 Wan Chai as few people have ever seen it before! 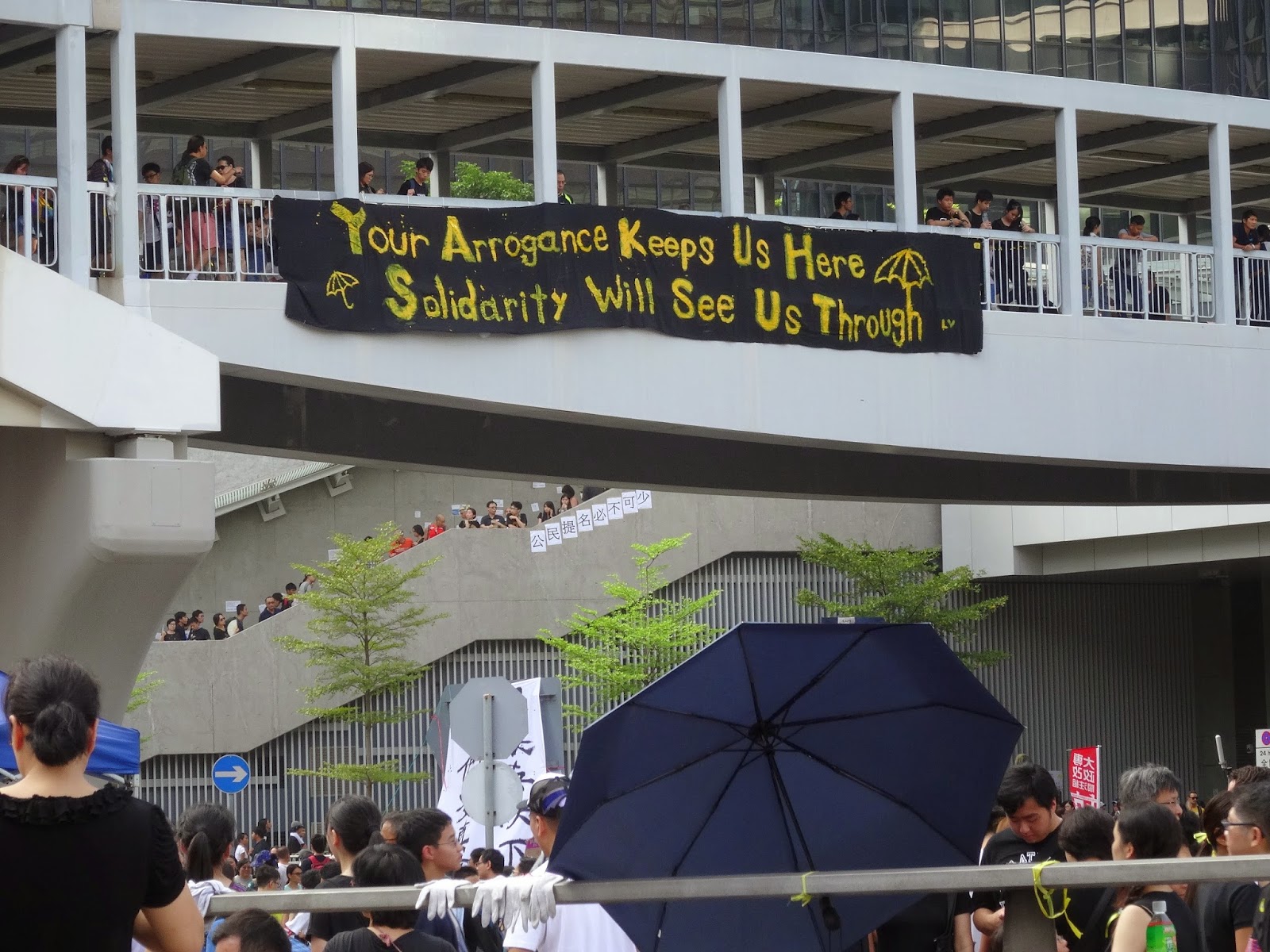 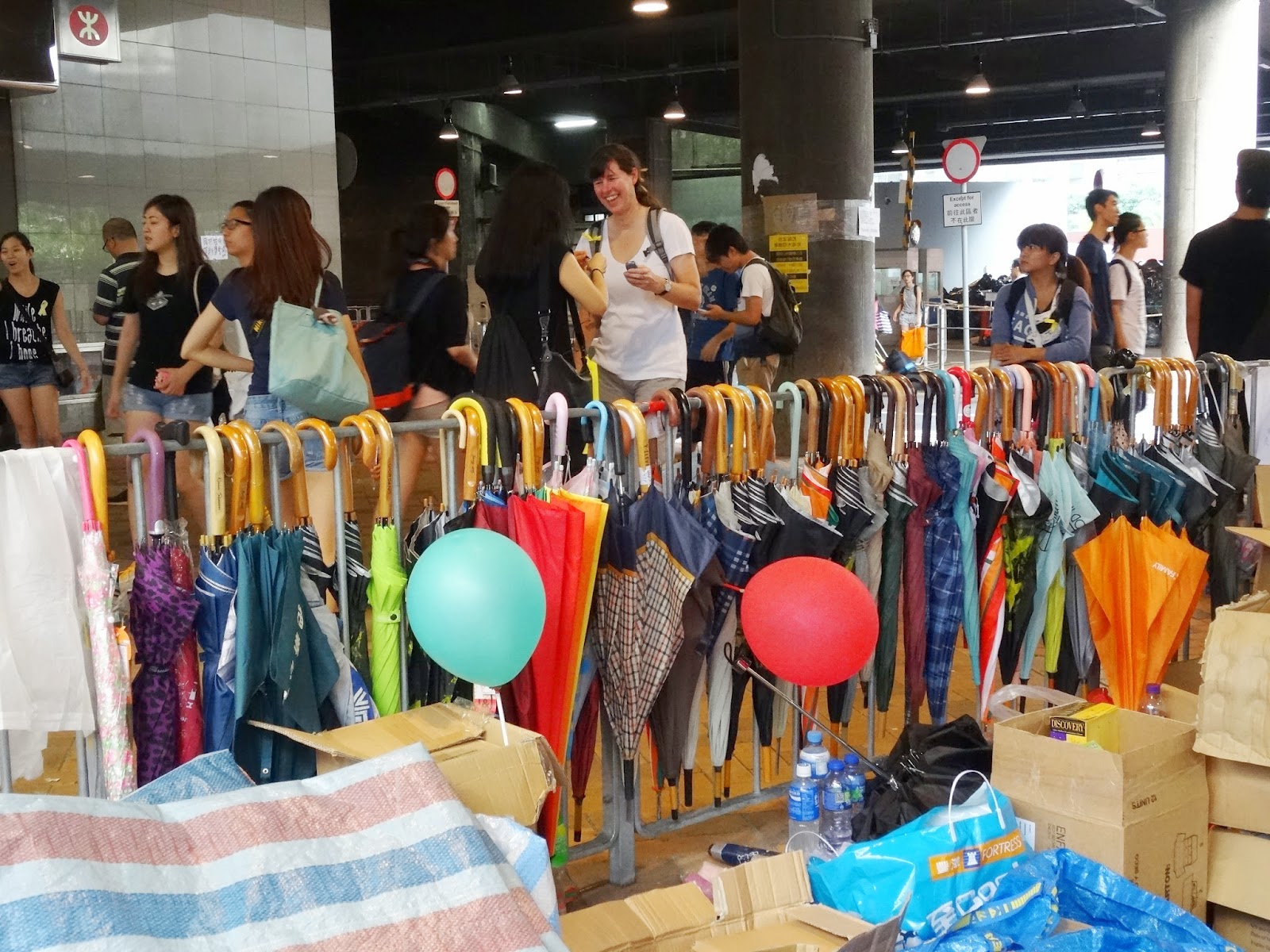 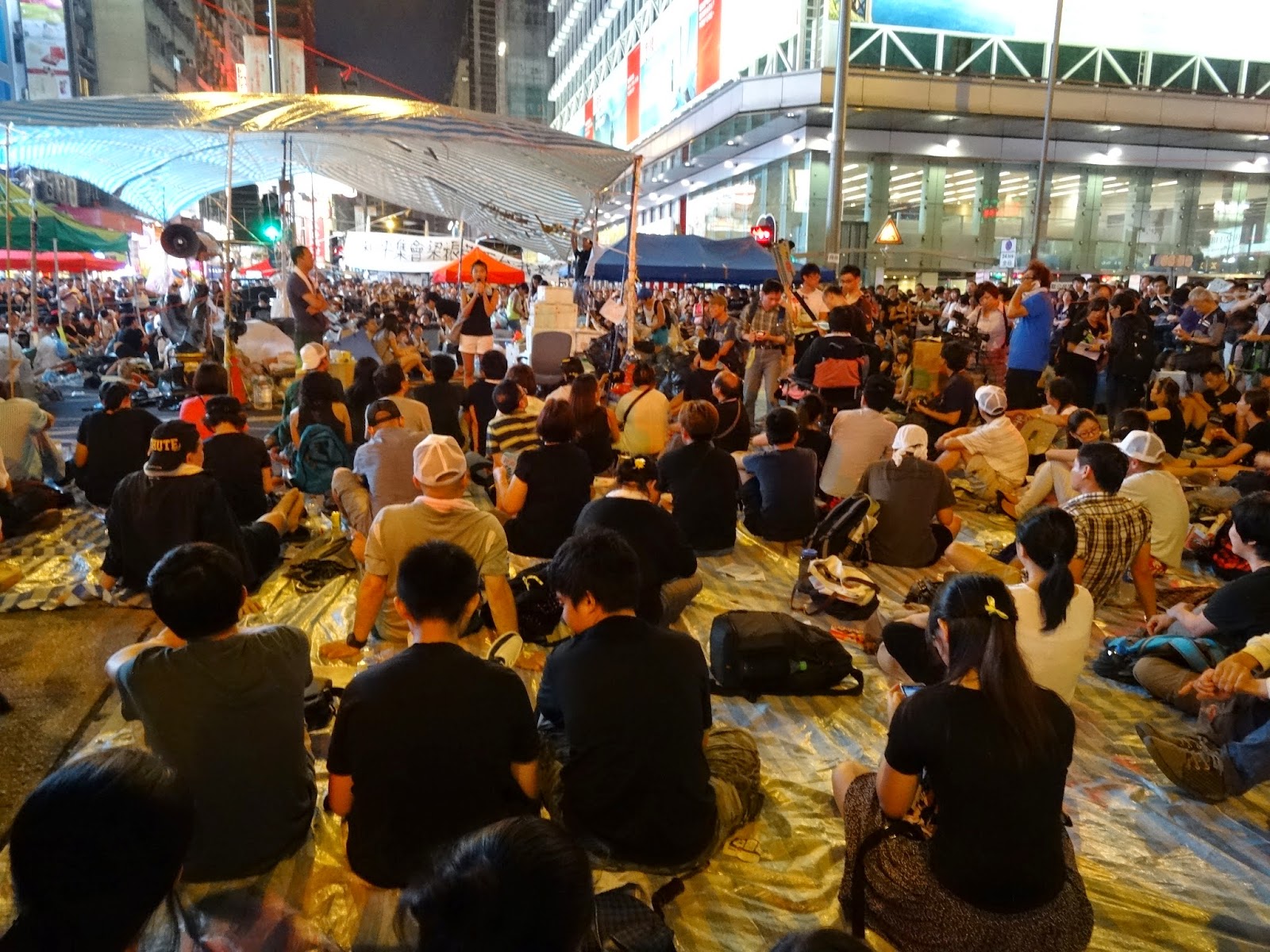 In Mongkok, anyone who wants to have a say gets
two minutes to do so -- and an audience that politely listens 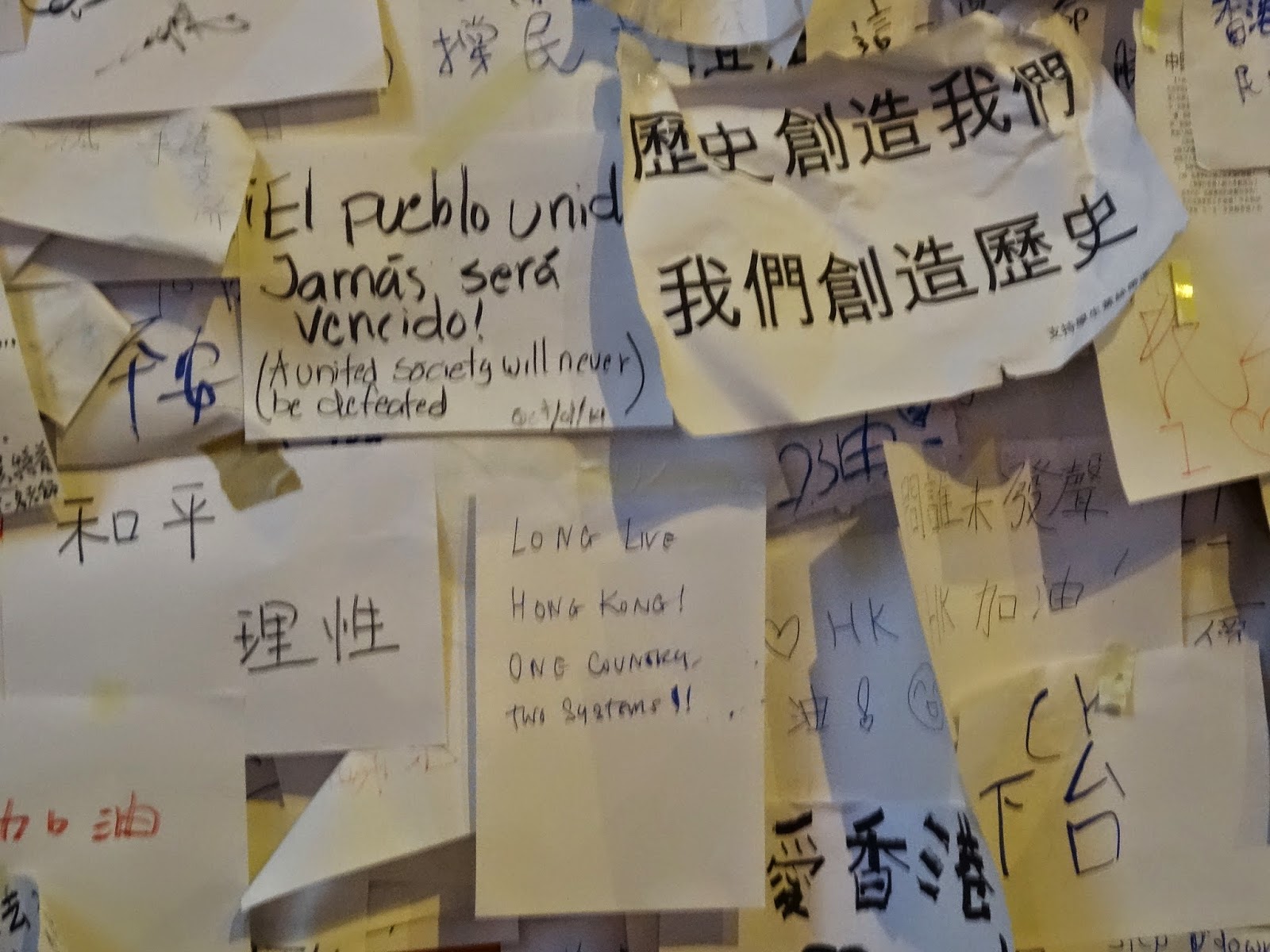 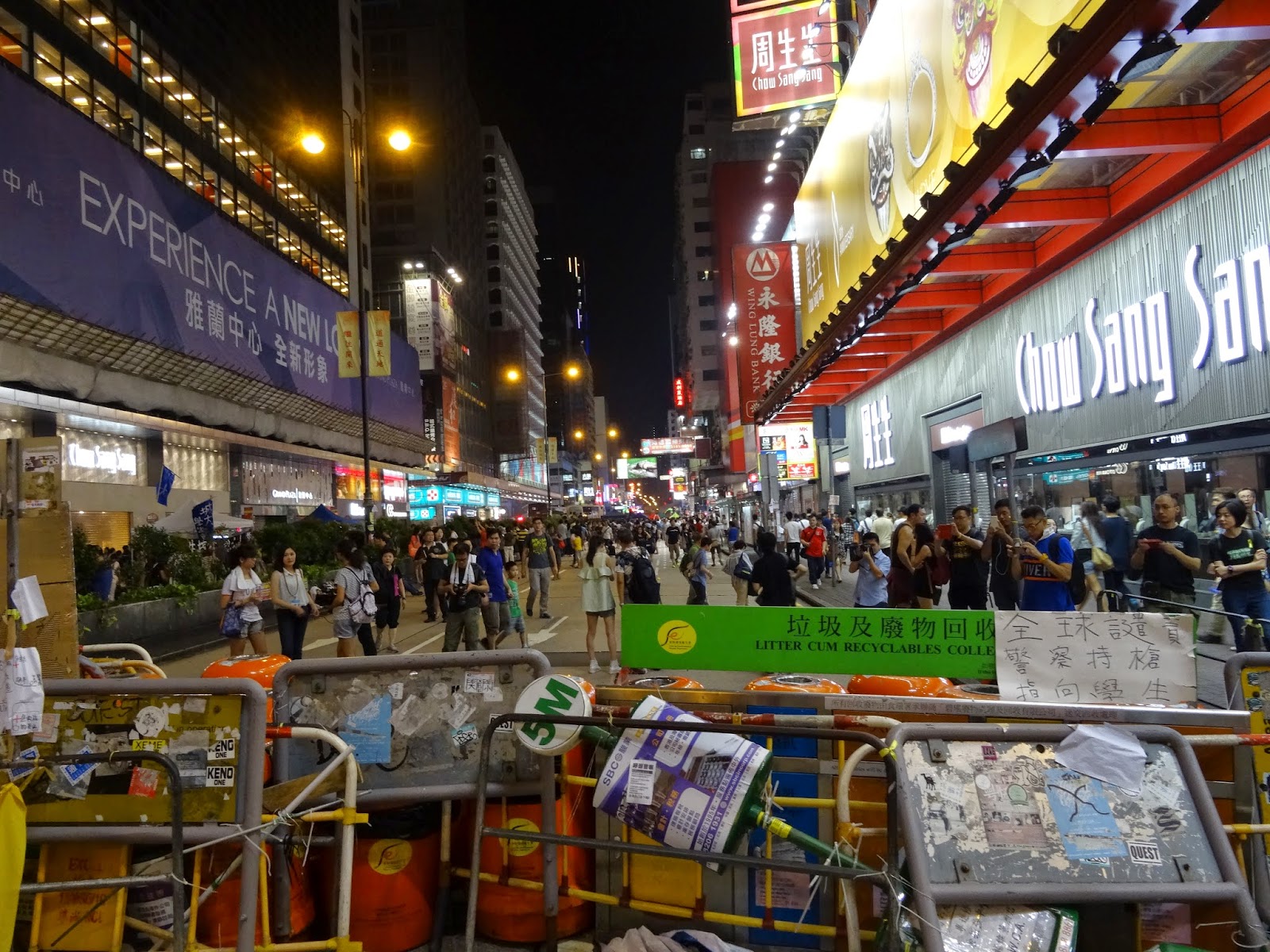 Barricade in Tsim Sha Tsui -- but people (mainly mainlanders
from what I could observe) were free to shop in the stores on
either side of the road if they so pleased
Posted by YTSL at 11:29 PM

Thanks for posting this excellent photo-essay which capsulizes the events happening in different parts of Hong Kong...I especially like the second and third vertical photos from the top. It does look eerie, yet almost tranquilizing, to see the streets free of cars.

This was Hong Kong just two days ago. Sadly, there are reports of violence in Mongkok this evening -- and it felt tense out in Causeway Bay too.

I think the general feeling is that all this will not be able to last. But yes, we are appreciating the general peace and good feelings while they do.