Entertainment figures and the Umbrella Movement 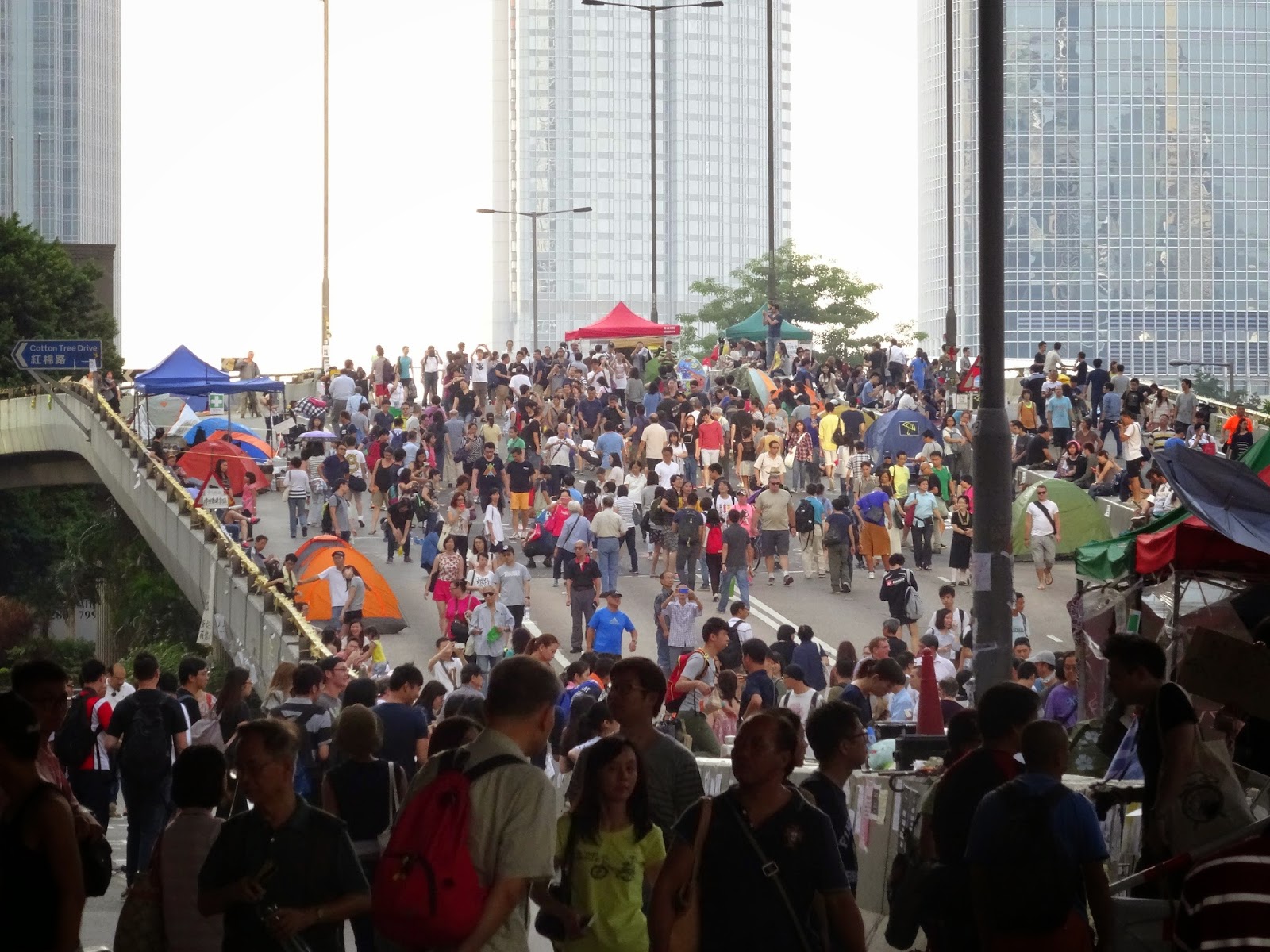 The Umbrella Movement continues to attract
(lots of) people to Admiralty 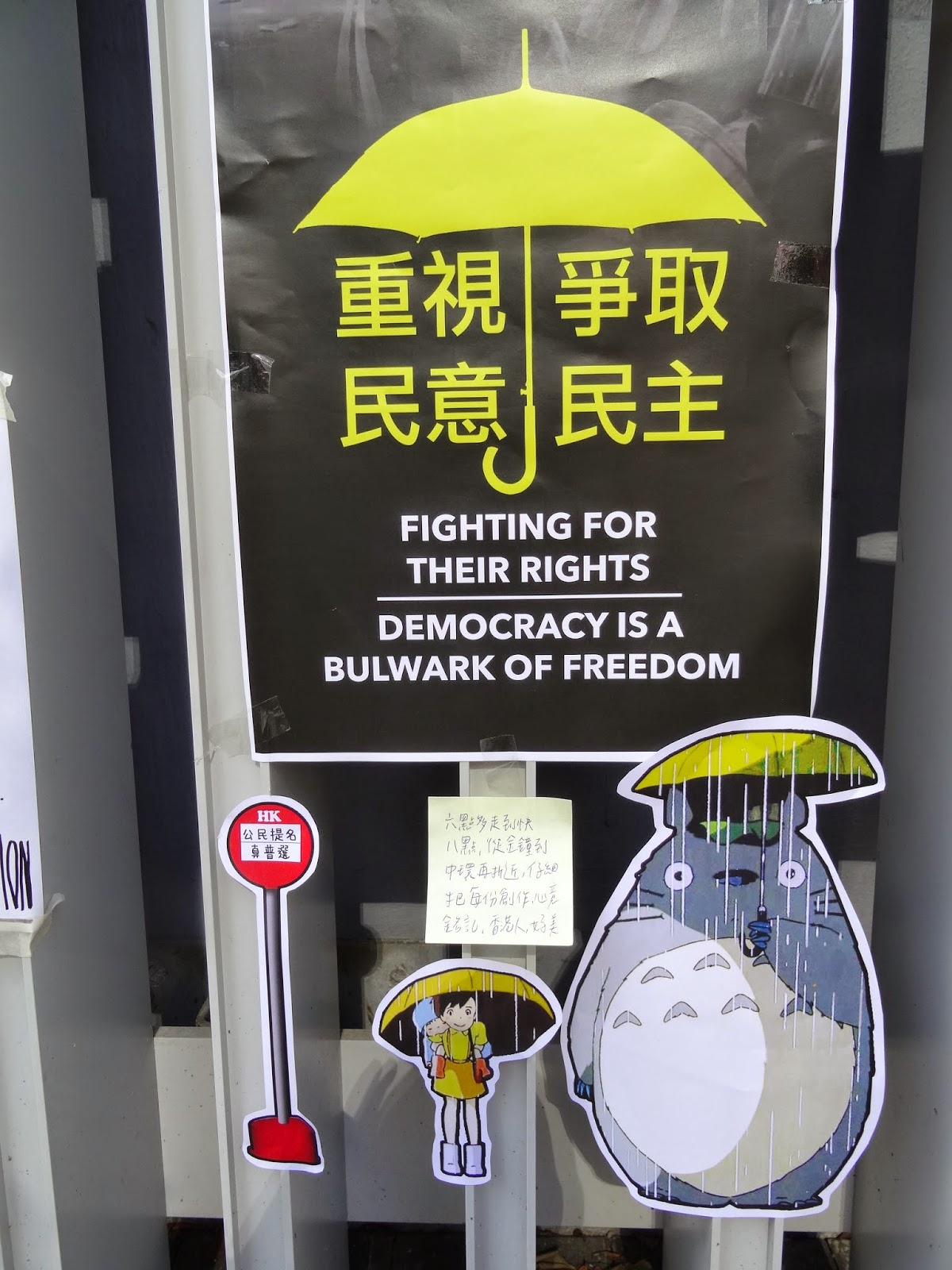 Considering his love for umbrellas, I guess
it was only a matter of time before Ototoro
appeared at Occupy Central Hong Kong! ;b 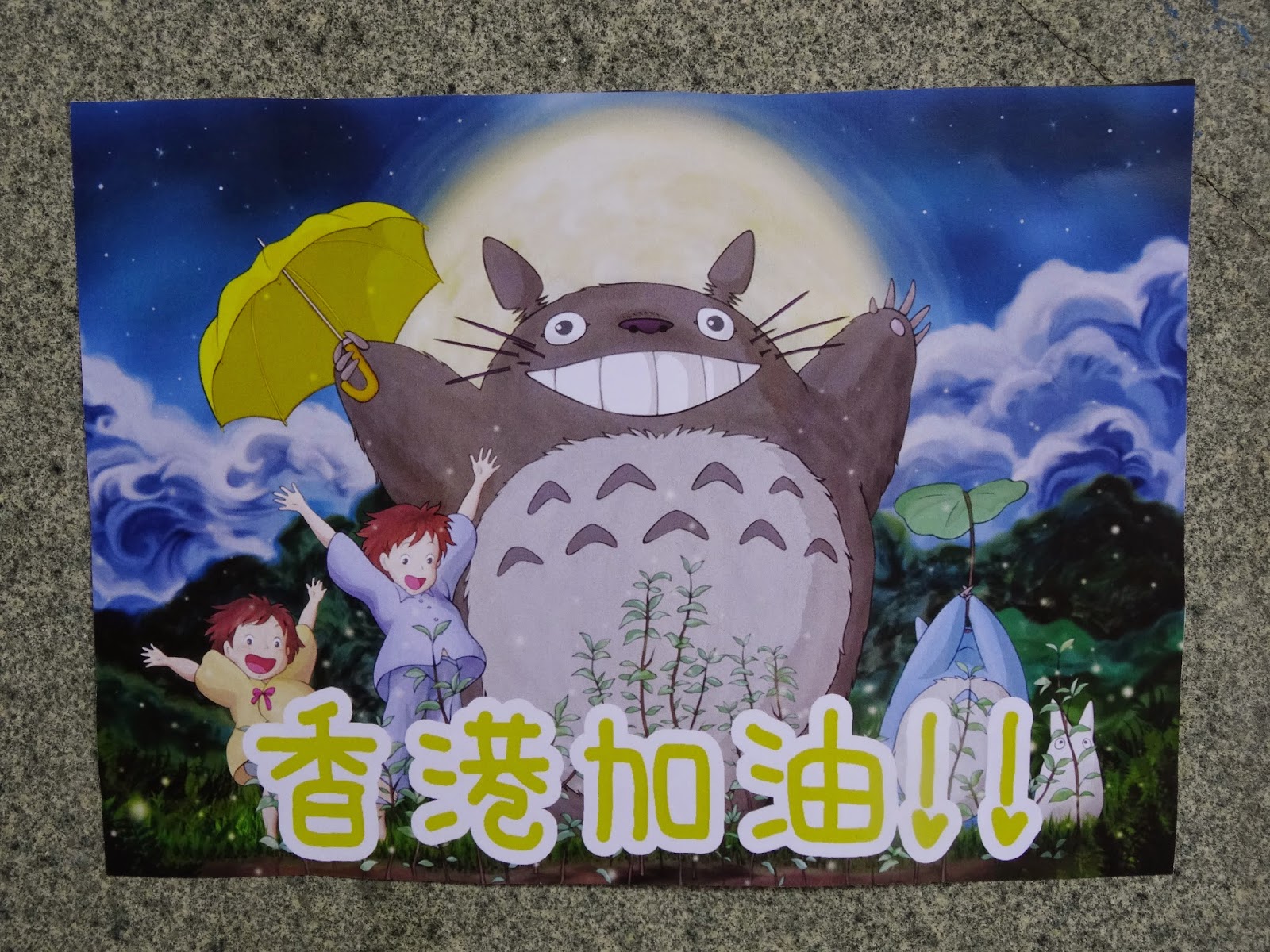 On Thursday evening, while I was in the MTR, I got word from a friend that Carrie Lam had pulled out of the planned Friday talk with Umbrella Movement representatives.  At the time, I was really upset by the news.  But after seeing how much the crowds of protestors have increased at Causeway Bay and, particularly, Admiralty (and hearing too about a similar development in Mongkok) in the days since then, maybe it's a blessing in disguise in terms of breathing more life into -- and increasing people's support for -- the Umbrella Movement.

And if he still had any influence left in Hong Kong, Jackie Chan would have also done his bit to bring more people back into the protest areas.  For in contrast to Chow Yun Fat, Andy Lau, Tony Leung Chiu Wai, Anthony Wong Chau Sang, Anthony Wong Yiu Min, Denise Ho, Kay Tse, Chapman To and Dayo Wong, the erstwhile Hong Kong cinema favorite has shown that he's far more aligned with Beijing than his birthplace these days.


Put another way: I don't think we'll be seeing Jackie Chan strolling about in the "occupied" area of Admiralty any time soon the way I saw Christopher Doyle do this evening!  And when I saw a piece of paper bearing Chan's image pasted on a wall there this afternoon, it was one in which he was portrayed as a hate figure rather than in a positive light.


Also spotted on display at Admiralty this afternoon were satirical images that made Hong Kong police chief Andy Tsang appear as a Young and Dangerous triad, and ones featuring key characters from Hayao Miyazaki's My Neighbor Totoro with yellow umbrellas!  And should anyone wonder, of course Hello Kitty has been spotted in the protest areas as well -- how could she not be when she already figured in protests against CY Leung as far back as July 2012?! ;b
Posted by YTSL at 11:34 PM

I keep hearing about the protester over in Asia.
But I only seen a protester here twice.

Well, Asia IS huge -- geography and population wise -- compared to Boundary County, Idaho (population 10,000). And I know in the US, there are plenty of protests -- including, right now, in Ferguson, Missouri.

Something to make very clear though: what's been happening in Hong Kong this past two weeks is VERY unusual for Hong Kong. Also, despite the thousands of protestors out on the streets, not a single store front window has been broken, not a single store looted. Amazing, huh?